Archaeologists Have Uncovered A 1,400-Year-Old Native American Canal In Alabama

The nearly mile-long structure was used to travel along trade routes between lagoons on the Fort Morgan Peninsula. 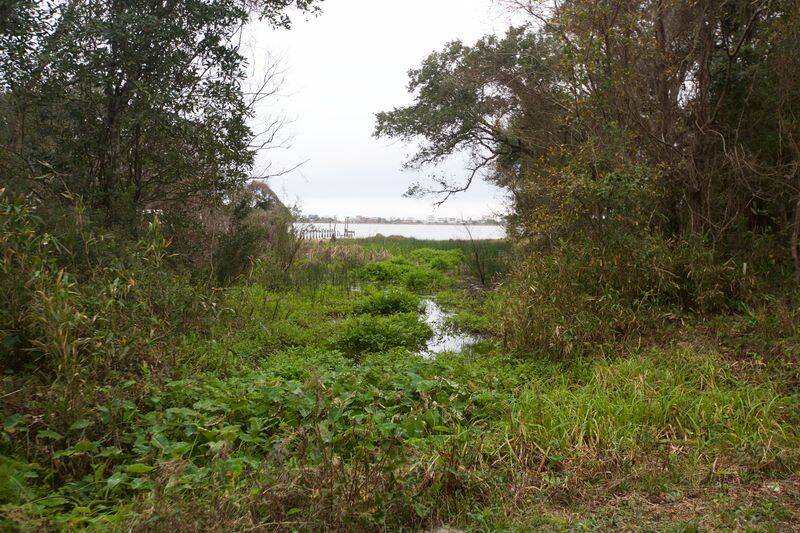 Near Mobile Bay in Alabama, a local resident came across a strange structure and urged archaeologists to investigate — and it turned out to be a 1,400-year-old canal used by Native Americans.

According to 1819 News, locals had been referring to the canal as the “Indian Ditch” as far back as the 1820s, but beyond that, it went largely ignored and forgotten about.

And it may very well have remained largely unstudied if local resident Harry King hadn’t asked archaeologists to examine the structure more closely.

King, an archaeology hobbyist, contacted researchers at the University of South Alabama — researchers who once believed the ditch was likely an antebellum construction built by enslaved laborers.

Gregory Waselkov, a now-retired archaeologist from the university, told Smithsonian Magazine, “There are lots of features like that in the swampy areas around Mobile, from logging, and from rice cultivation — there are all kinds of reasons you might have big ditches. But when I saw it, I realized it’s something different.” 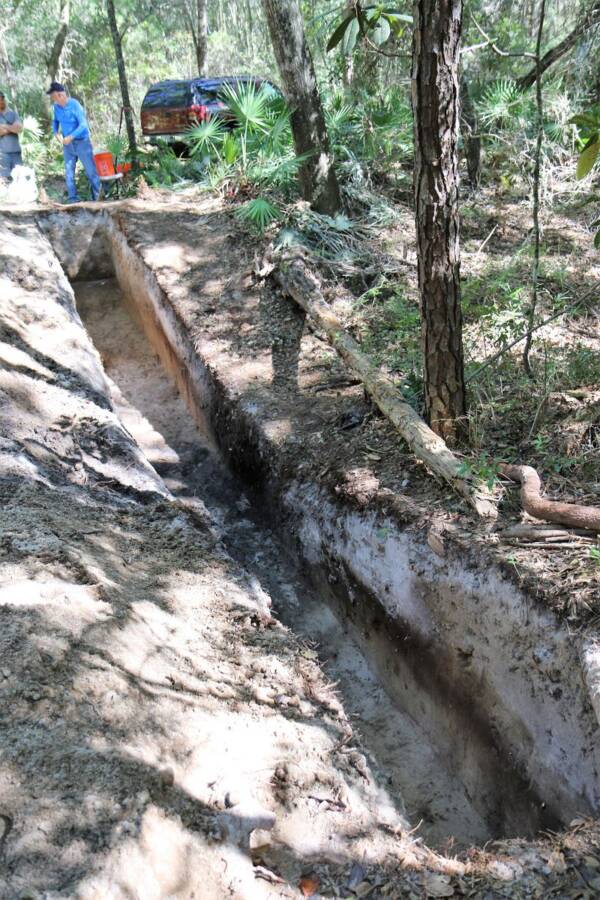 University of South AlabamaA section of the canal that was revealed as archaeologists dug.

That “something different,” it turned out, was a rare feat of engineering: a canal built for canoe travel by Native Americans navigating the nation’s waterways.

In a report published in the Journal of Field Archaeology, researchers described how the canal connected the Gulf of Mexico and other prominent fishing areas to more protected bays, allowing Native Americans access to different trade routes.

“They were able to engineer these landscapes that allowed them to flourish for millennia,” said Victor Thompson, director of the Laboratory of Archaeology at the University of Georgia, per Smithsonian. “The archaeology is so fantastic in this region, it has such an interesting history, and it speaks to the sophistication and ingenuity of Indigenous societies in the Southeast who have contemporary descendant communities.”

A good portion of the canal has been lost to more recent developments, but Smithsonian reported that in its prime, the canal was nearly a mile long, stretching across most of the Fort Morgan Peninsula, from Oyster Bay to Little Lagoon.

Through radiocarbon dating, researchers revealed the canal to have been constructed sometime in the Middle Woodland period, a term used to describe a time when pottery started seeing widespread use in Native American societies, and in which the people lived in small hamlets and occasionally built mounds.

Researchers attributed the construction of the canal to the villagers of nearby Plash Island, a group of people who would not have grown crops and instead relied on fishing and foraging to provide sustenance. 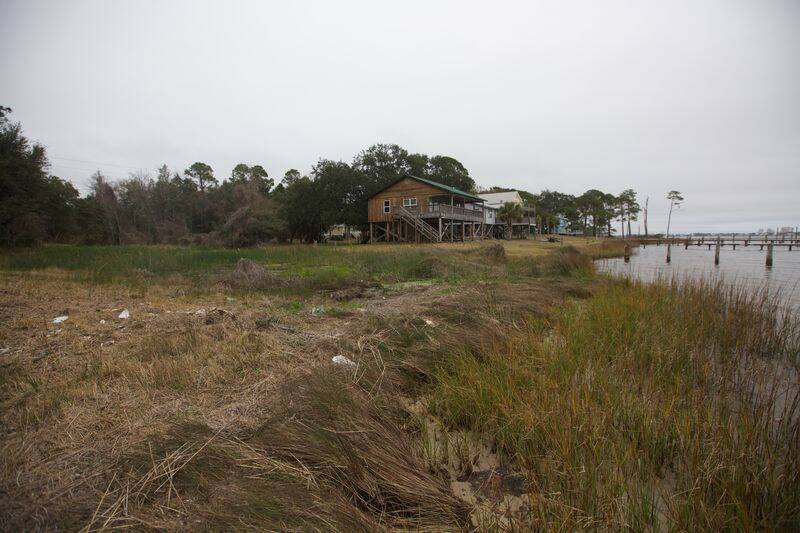 University of South AlabamaThe mouth of the canal where it hits Little Lagoon.

The canal was likely constructed so that groups wouldn’t have to circumnavigate the 19-mile Fort Morgan Peninsula through high surf.

“Traffic would have been aided immensely by this canal,” Waselkov said. “If you canoe out of Mobile Bay, out into the Gulf, I think you’d be taking your life in your hands. I would not want to do that in a dugout canoe because the Gulf is very, very wild.”

The discovery also challenged previous assumptions that a culture would need strong social hierarchies in order to gather the labor needed for such massive projects, and while archaeological examination in the Mobile area is far from extensive, Waselkov said there is little evidence to suggest the presence of a “chiefly elite” to direct construction projects.

Other researchers agreed with Waselkov, noting that the canal in Mobile pre-dated many of the larger polities that were established later on. This meant that the canal was likely a collective project rather than one that was governed by societal leaders.

“People assumed that there was a connection between stratified societies and canal-building because it takes a lot of cooperation to build these things, and then to maintain them,” Waselkov said. “Somebody has to keep cleaning them out for them to continue to work. And with irrigation canals, you have to divvy up the water, which creates all kinds of social conflicts.”

A canal being constructed in a seemingly egalitarian society, he said, “is kind of unusual,” or perhaps it’s a sign of what people can accomplish when they work for the common good.

After learning about this fascinating discovery, read about the discovery of an ancient gold mask researchers believe may have belonged to a member of a secret Chinese society. Or, read about the “ghost population” of a previously unknown human ancestor.