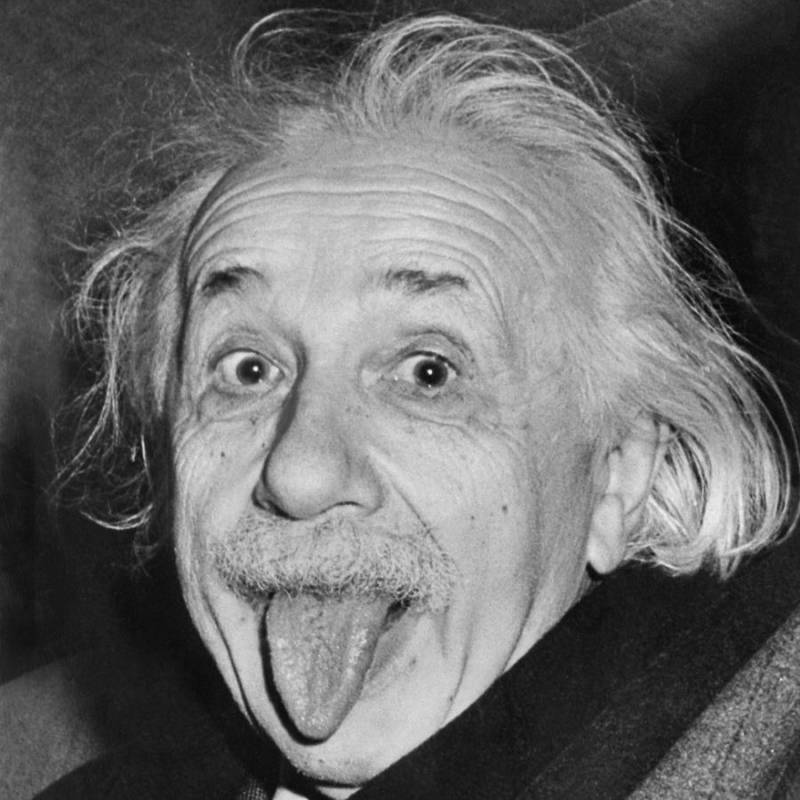 Arthur Sasse sent Einstein copies of all the photos that he had taken at the party. Einstein immediately fell in love with the last one in the gallery and ordered nine prints of it. He had many more made and included them in all of his greeting cards from then on.

After his death, four years later, Einstein’s estate licensed the image for wider circulation. Unlicensed reproductions spread even faster, and in the last 60 years, Einstein’s get-a-load-of-me portrait has appeared on mugs, T-shirts, posters, and probably every other surface that can be silk-screened.

Arthur Sasse submitted the photo for publication with the International News Photos Network, where it almost died on the editing table. Editors at the network debated the appropriateness of such a photo of an esteemed public figure like Professor Einstein, but decided to run it when they heard how much the subject himself enjoyed the image.

In time, the original print and negatives were auctioned for $72,300. To date, that makes “Einstein’s Tongue” the most expensive portrait ever taken of the old scientist, as well as one of the most iconic images of the century he did so much to influence.

After learning about the iconic Albert Einstein tongue photo, read up on the time that Einstein was offered the presidency of Israel, and check out some fascinating Albert Einstein facts that you’ve never heard before.