In the last few years, enterprising thieves have preyed on the booming $5.2 billion nut industry, with Alberto Montemayor the latest to be charged. 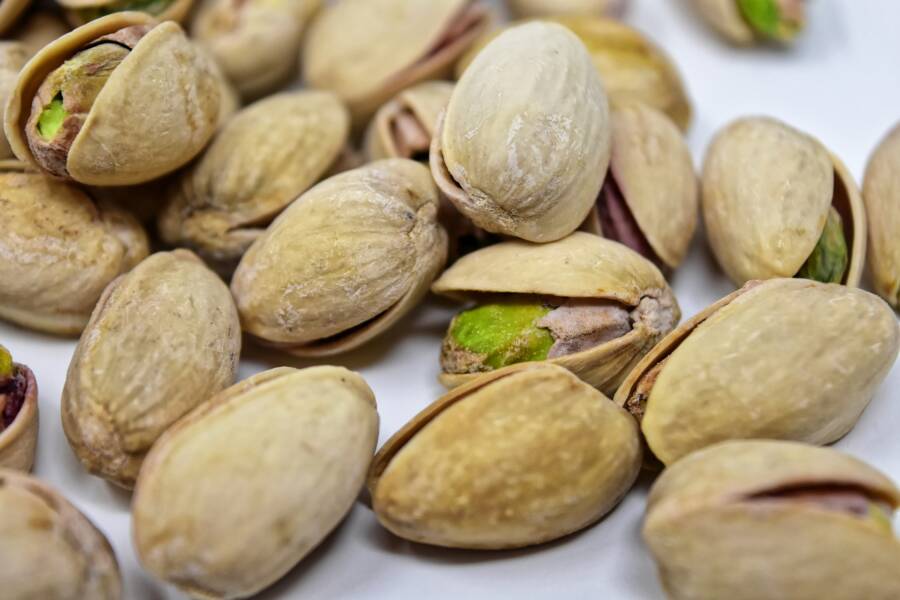 PixabayThe 42,000 pounds were found in the process of being repackaged into small bags for resale.

It was only because of an audit earlier this month that the Touchstone Pistachio Company realized what had happened. There were 42,000 missing pounds of pistachios to account for — with the bizarre heist meaning serious profit loss for the company. After only a day of investigation, however, authorities cracked the case.

According to The Sacramento Bee, the Tulare County Sheriff’s Office (TCSO) was contacted to look into the matter on June 17. Within a day, investigators found that one of the company’s tractor-trailers had been curiously moved from its trucking lot in Delano to another nearby.

Opening the vehicle proved fruitful, as authorities found all 42,000 pounds of the missing nuts inside, being repackaged from their original 2,000-pound bags into smaller ones for resale. And 34-year-old Alberto Montemayor is now the prime suspect. 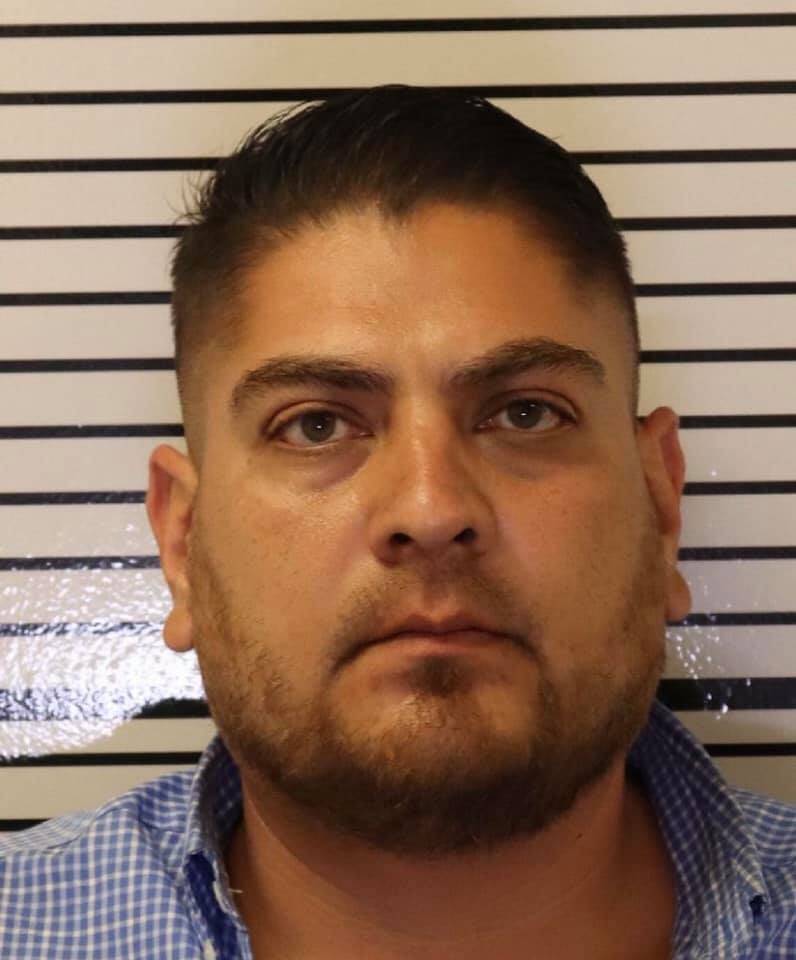 As the owner of Montemayor Trucking, the suspect had clearly was on the inside track of how many invaluable goods were being moved by his company on a regular basis.

The Touchstone Pistachio Company is owned by Darius and Farshid Assemi who emigrated to California from Iran in 1978 and built a colossal food empire, according to New American Economy.

“Detectives found that the pistachios were being moved from 2,000-pound sacks into smaller bags for re-sale,” said the TCSO on Facebook. “The remaining pistachios were returned to the Touchstone Pistachio Company. Thirty-four-year-old Alberto Montemayor of Montemayor trucking was arrested and booked in Tulare County.”

While pistachios are a cherished and beloved food in Iran, their presence in Central California’s marketplace has made for a lucrative industry, according to The Washington Post. Last year alone, these nuts provided more than 47,000 jobs and added $5.2 billion to the economy. And that fact has not gone unnoticed by thieves. 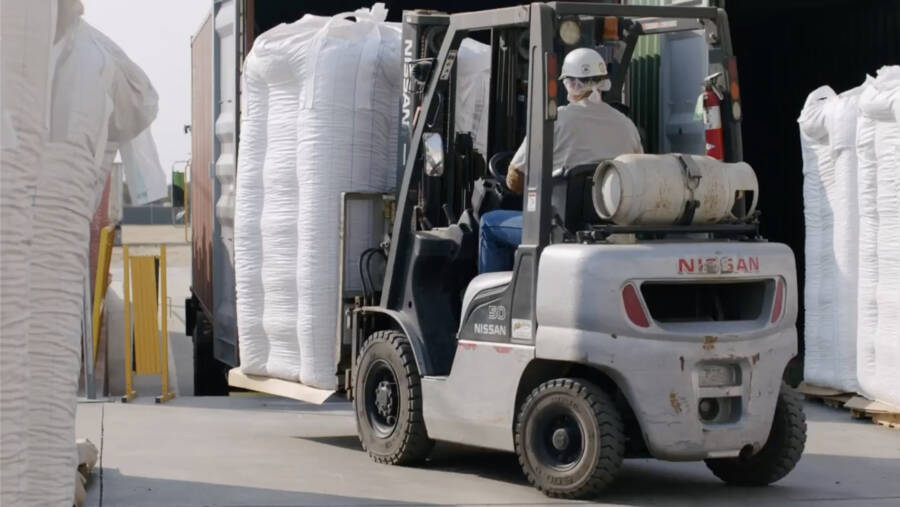 The Tulare County Sheriff’s Office itself has wrangled with pistachio thieves before, with a 23-year-old man arrested for stealing two truck-loads valued at $294,000 as recently as last August. One might wonder what the appeal of pistachios is, save for their market value. The answer is, essentially, that they’re untraceable.

Those who frequent the highways of Central California have surely seen large trucks hauling huge payloads before. The region is responsible for most of America’s walnut, pistachio, and almond production, after all. Most importantly, those nuts don’t have serial numbers. One need only get into trucking to get close to them.

While it’s virtually impossible for authorities to gauge which trucks are carrying stolen product by sight alone, criminals have gotten rather resourceful, as well. Thieves have fabricated entire companies and forged documents used as seemingly proper paperwork to move their contraband — often with no one the wiser.

It’s precisely because the nuts are untraceable that selling these goods to retailers is so easy. Between 2014 and 2017, these operations saw a staggering loss of more than $7.6 million, though large growers have since asked for thumbprints and photos before trusting everyday truckers. 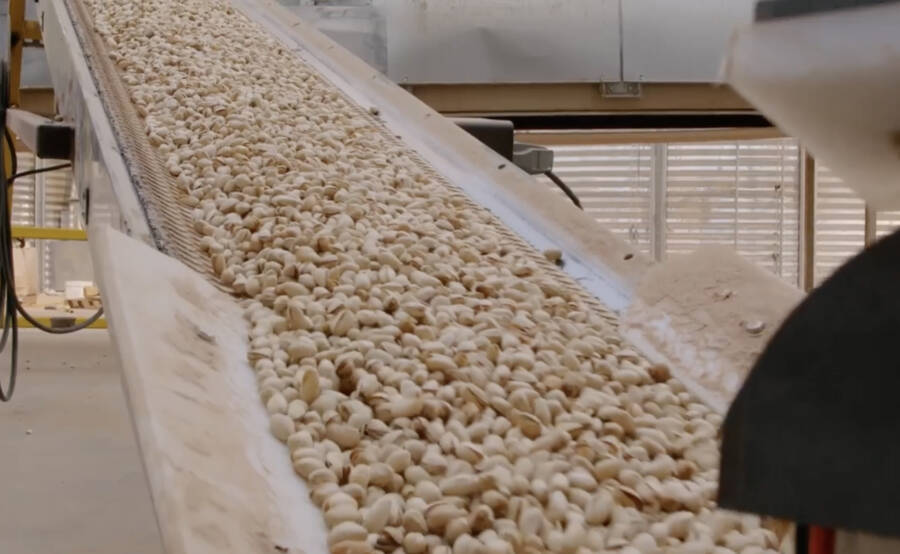 Facebook/Touchstone Pistachio CompanyFrom forged paperwork to fabricated companies, nut thieves in California stole $7.6 million worth of product between 2014 and 2017.

Ultimately, it seems as though Alberto Montemayor has been caught by increasingly vigilant authorities that are more aware of these nut thieves than ever before. On the other hand, it appears that nobody would have realized how much product was truly missing were it not for a fortuitous audit mere weeks after the heist.

As it stands, Montemayor is detained at the Tulare County jail and awaiting his first court appearance. Charges and attorney information aren’t yet available, but previous nut thief arrests have yielded grand theft, looting, and conspiracy charges.

After reading about the 42,000 pounds of stolen pistachios, learn about seven of the biggest heists in history that left police baffled. Then, read about the thieves who broke into Arundel Castle and stole $1.4 million worth of artifacts.