What Is Trypophobia? Inside A Surprisingly Common And Misunderstood Fear

Often described as a fear of small holes, trypophobia can be triggered by images of seemingly innocuous objects like honeycombs, coffee bubbles, and coral.

Have you ever felt your skin crawl at the sight of a honeycomb or a lotus flower? If so, you may have a peculiar condition called trypophobia: the fear of clusters of small holes, bumps, or other patterns.

What causes this peculiar aversion? What are its triggers and symptoms? What can you do about it? Is it even a real condition? Here’s everything you need to know about trypophobia. 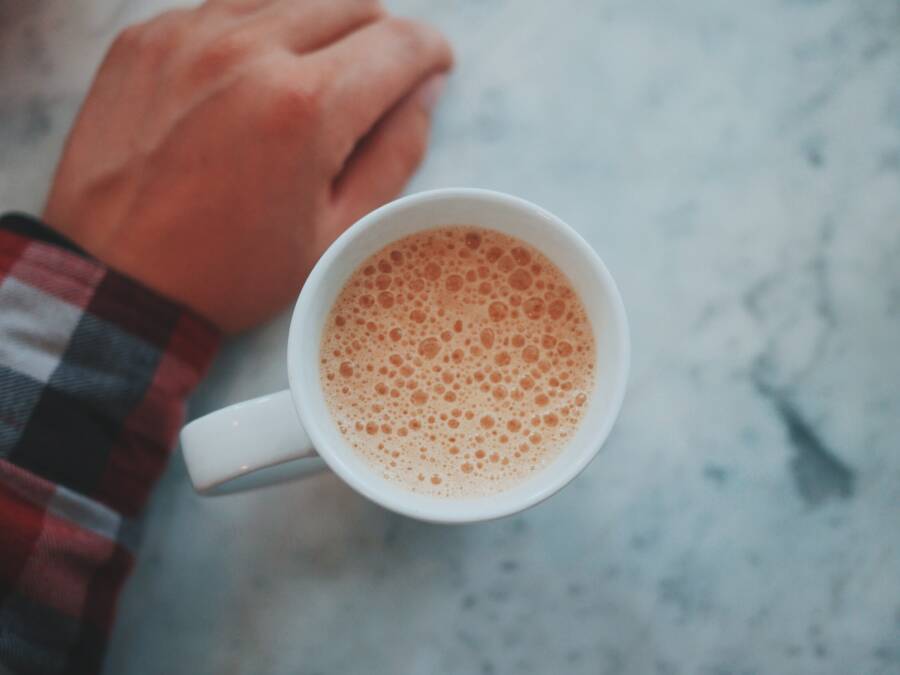 Wikimedia CommonsCoffee bubbles can act as a trypophobia trigger.

In short, trypophobia is the fear of, or aversion to, clusters of small holes, bumps, or other patterns.

Even inanimate objects such as rocks with trypophobic patterns can act as a trigger. 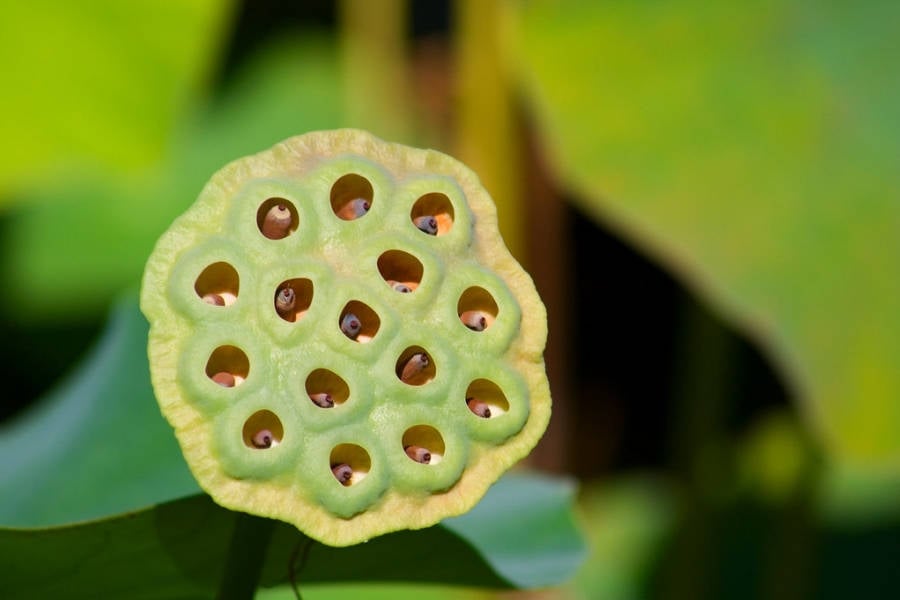 When a person with the condition sees one of these images, they experience symptoms such as goosebumps, sweating, shaking, itching, fear, nausea, disgust, and anxiety. Unlike the case for regular phobias, however, the main feeling associated with trypophobia is disgust rather than fear.

Some sufferers even avoid foods that might trigger the condition, such as strawberries.

It’s not clear how many people are affected by trypophobia, but one 2013 study of the condition reported that out of 286 adults, 11% of men and 18% of women experienced an aversion to an image of a lotus seed pod. As such, trypophobia may be fairly common.

Despite this, the question of whether trypophobia is an actual phobia remains hotly debated. 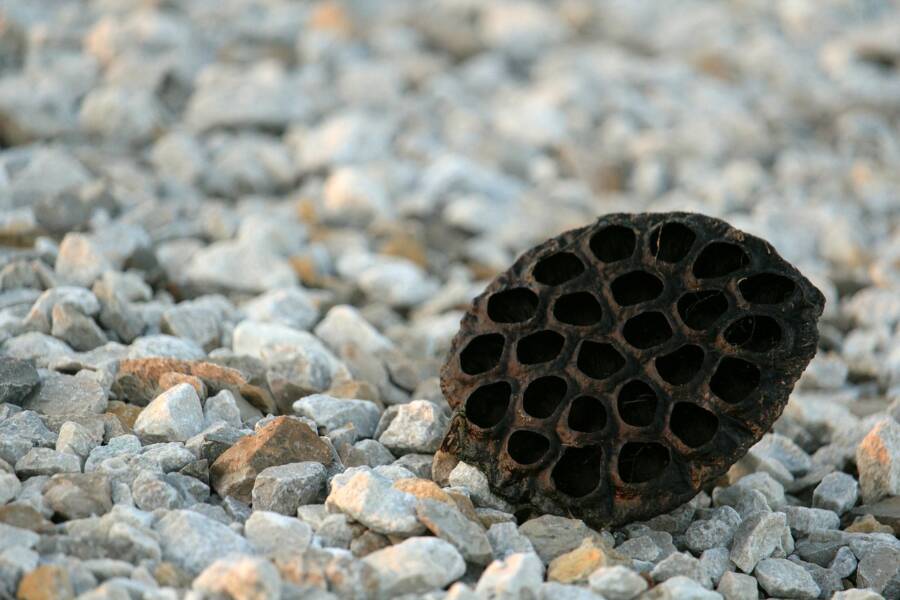 As it stands, trypophobia is not included in the current, fifth version of the American Psychiatric Association’s Diagnostic and Statistical Manual of Mental Disorders (DSM-5), the diagnostic guide for mental disorders used by psychologists.

Under the DSM scheme, trypophobia would fall under the class of “specific phobias” such as the fear of spiders or heights. However, specific phobias must incite “marked fear or anxiety.”

By comparison, tryptophobia most commonly causes a feeling of disgust rather than fear. This is one of the main reasons why clinicians are weary of considering it a real phobia.

But this hasn’t stopped trypophobia from becoming an online sensation with its own Wikipedia page, Facebook group, and hundreds of popular images, videos, and social media posts. 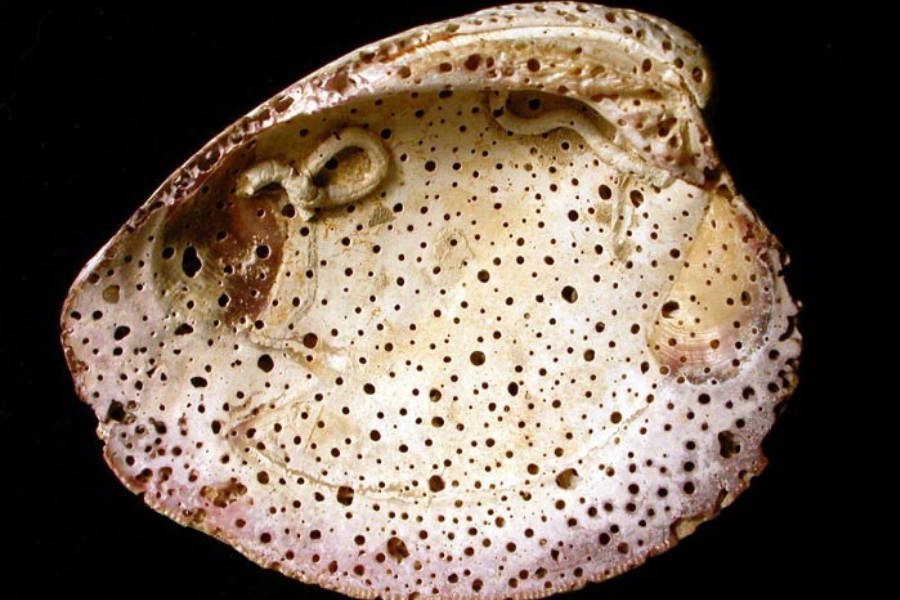 Scientists are not quite sure what causes trypophobia, but they do have some theories. The most common explanations are based on evolution because fears and phobias are often linked to disease or danger.

Take the fear of heights, for example; without it, our ancestors may have never learned to stay away from dangerous cliffs. Similarly, it’s possible that people developed the common fear of spiders because many of them are venomous, therefore encouraging us to stay away. 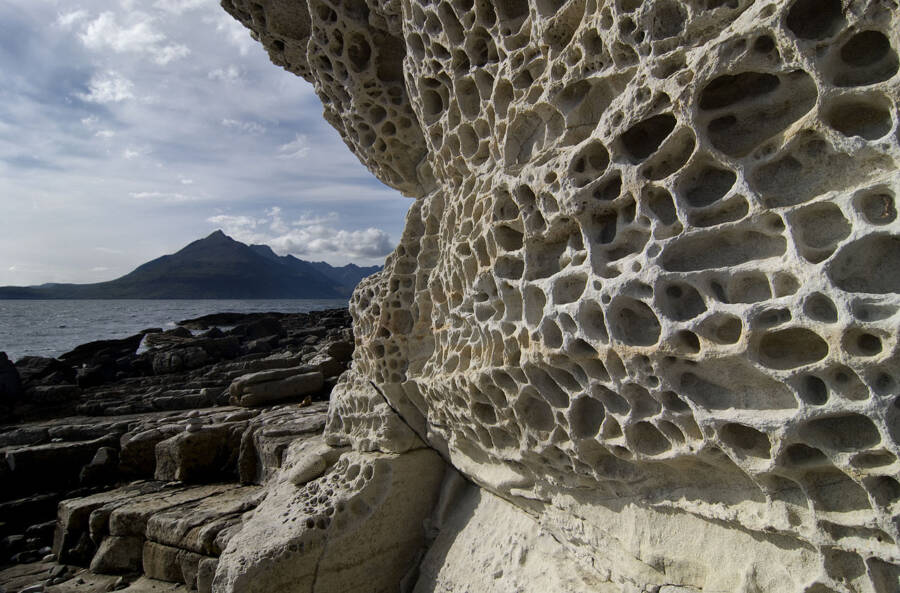 Thus, one plausible explanation for trypophobia is that it’s an “evolutionarily prepared response” to things that resemble parasites or infections diseases.

For example, some visible infectious diseases — like chickenpox, scarlet fever, and some parasitic infections — leave small clusters of holes or bumps on the skin. An aversion to these could act as a warning sign to stay away from the infected.

This theory is based on the fact that even healthy individuals have an aversion to images of skin patterns seen in these conditions. However, only people with trypophobia have the same response to images of clusters in harmless objects, such as lotus seed pods or bubbles.

In that sense, trypophobia could be an exaggerated version of a natural response to signs or cues of parasites or diseases that we would want to avoid.

This theory is consistent with the idea that the feeling of disgust may be an adaptive response to protect ourselves from disease. It would also explain why disgust, rather than fear, is the main symptom of trypophobia, and why skin itching or crawling can also happen. 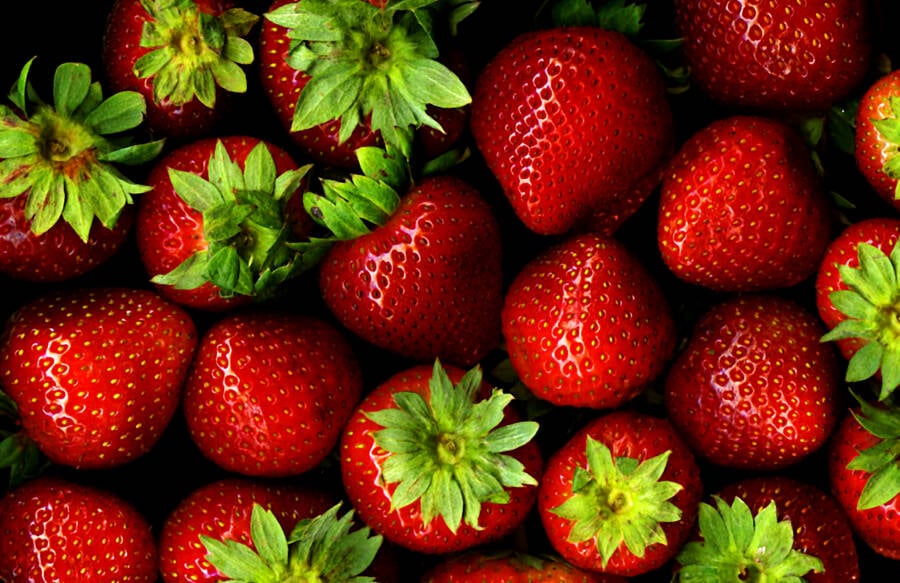 Wikimedia CommonsEven strawberries can act as a trigger.

Another related theory called the Involuntary Protection Against Dermatosis (IPAD) hypothesis suggests that trypophobia is an involuntary response to seeing images that resemble skin conditions.

Researchers put this hypothesis to the test in a 2017 study by asking 856 people to look at trypophobic images and report about any current or past skin problems.

They found that people with a history of skin problems experienced a high level of discomfort from looking at the pictures compared to those with no history.

Other Theories About What Triggers The Phobia 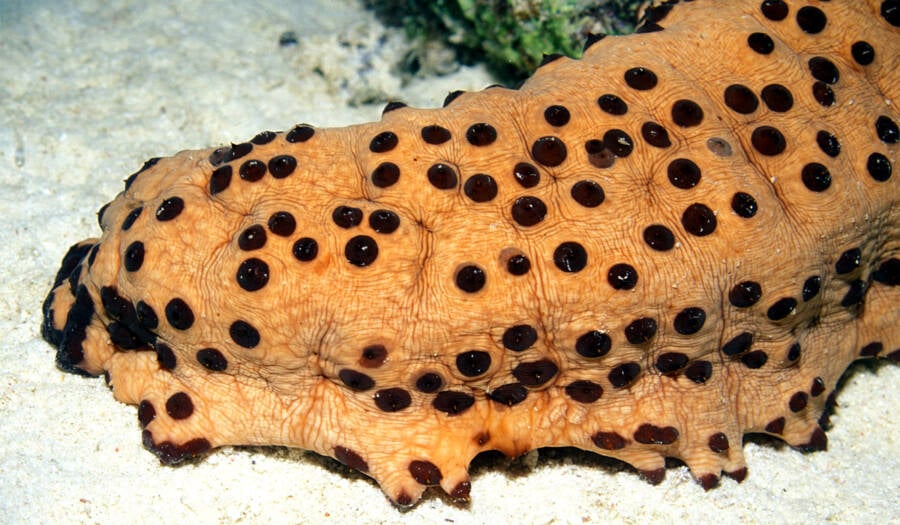 Wikimedia CommonsThis image of a sea cucumber is likely to produce symptoms of trypophobia.

Another popular theory is that trypophobia is related to an aversion to venomous or otherwise dangerous animals. The blue-ringed octopus is one example of a highly poisonous creature that displays patterns of blue circles.

Many other poisonous and venomous animals, such as the box jellyfish, inland taipan snake, and poison dart frog, also display clustered patterns.

Therefore, much like the feeling of disgust may protect us from illness, tryphophobia could be an exaggerated form of a normal aversion to dangerous animals. 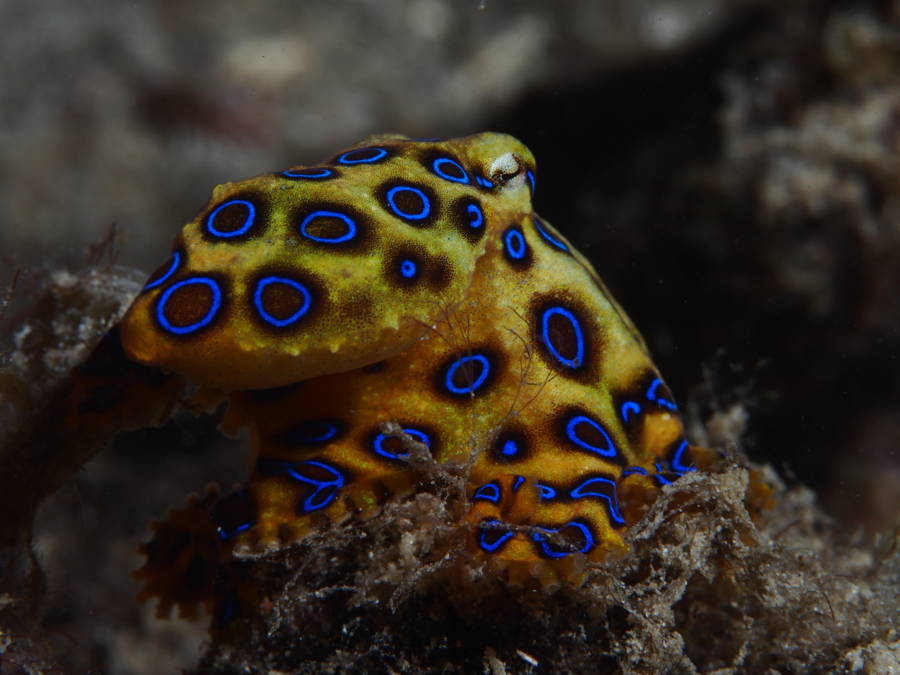 Wikimedia CommonsThe blue-ringed octopus, a highly poisonous animal with a trypophobic pattern on its skin.

In addition, one of the more peculiar theories posits that people with trypophobia don’t like looking at images with small, tightly packed circles because the brain requires more oxygen to process them. As such, an aversion to these images could be the brain’s way of avoiding over-exertion.

Interestingly, some studies have also found an association between trypophobia and certain mental disorders. For example, one 2017 study reported that people with the condition were more likely to have depression and anxiety.

Overall, however, it’s far too early to say how trypophobia develops or what causes it, and more research needs to be done.

Tests And Treatments For Trypophobia 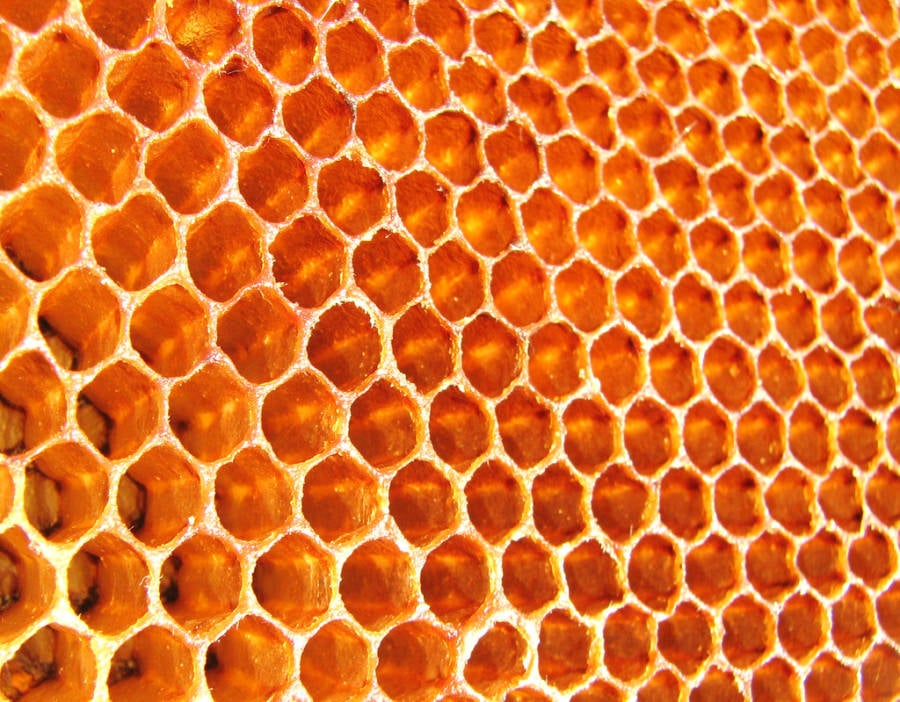 Since trypophobia is not a recognized condition, there’s no official diagnosis. The only way to see if you may suffer from this strange condition is to test yourself.

For those hoping to find out if they suffer from trypophobia, there are plenty of images, articles, and videos dedicated to the subject. It’s even possible to take tests that measure whether or not you have trypophobia.

One of the most popular treatments for phobias is a clinical technique called exposure therapy. In this method, sufferers slowly expose themselves to the things that trigger their condition, building up a tolerance to the offending stimuli.

In the case of trypophobia, this could involve imagining trigger images such as a honeycomb, then looking at an image of a honeycomb, then seeing it in real life. The goal of exposure therapy is to reach a point where being exposed to the stimuli no longer causes any symptoms. 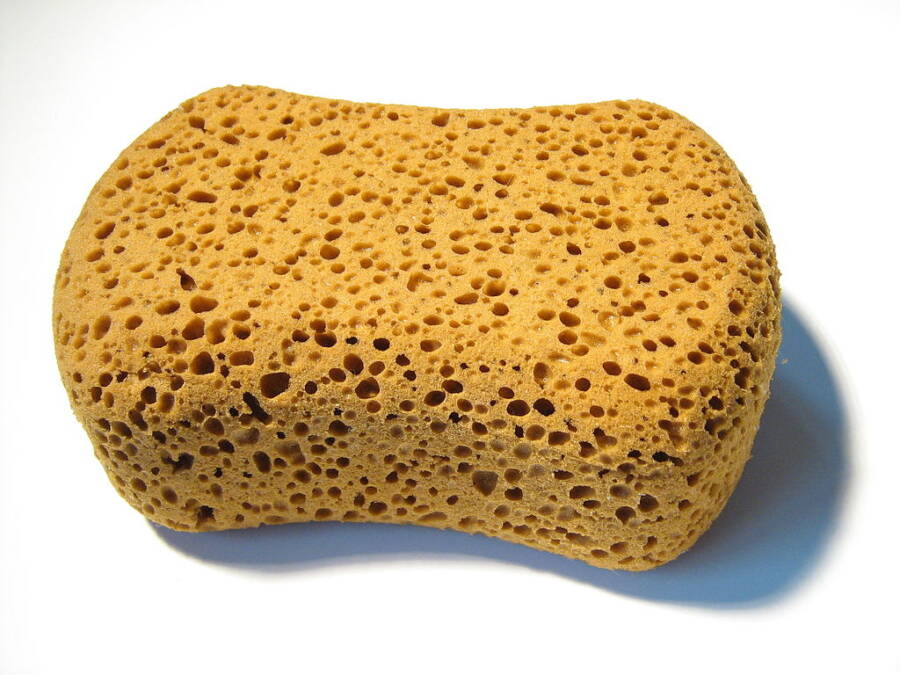 Wikimedia CommonsEven something as simple as a sponge can elicit trypophobia.

Another popular way of treating phobias and other mental issues that may help with trypophobia is called cognitive-behavioral therapy (CBT). The goal of CBT is to change the underlying thoughts, beliefs, and attitudes that lead to problematic behaviors.

CBT is backed by a large volume of medical research, which makes sense because our thoughts are powerful enough to affect our behaviors and cause emotional distress.

In the case of trypophobia, CBT could be used to question the negative, irrational thoughts and beliefs that pop up when a person looks at a trigger image.

For example, a person could think about how there’s nothing dangerous about a lotus seed pod, therefore there’s no reason to have negative thoughts or associations when they see an image of one. 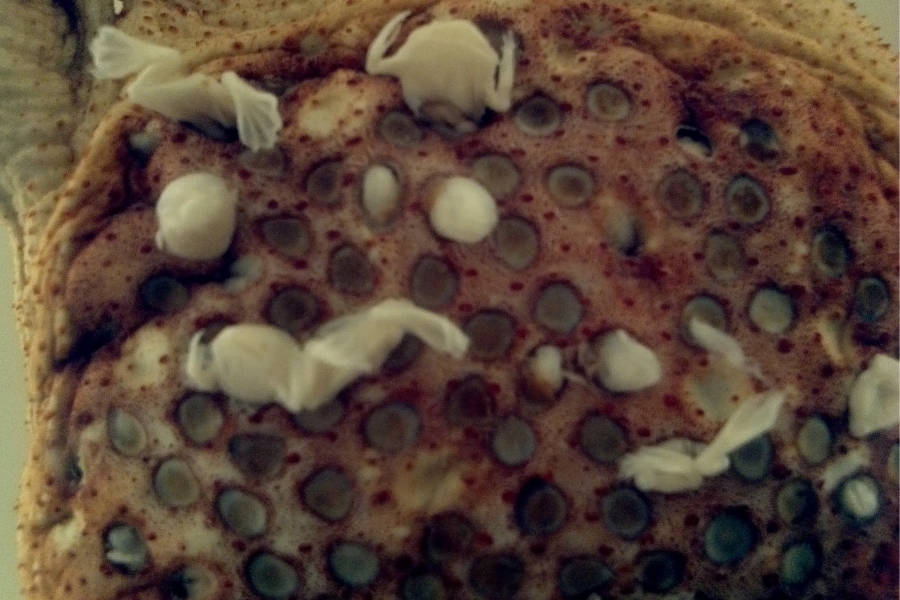 However, those who seek to self-diagnose online should be cautious. For one thing, plenty of “trigger” sites exist. If you’re someone struggling with such an aversion, simply googling trypophobia can produce tons of upsetting images — and not much help.

One woman — who has struggled with trypophobia since she was about 5 years old — offered a few tips to CNN.

“A lot of that is clickbait, just a way to get clicks and comments,” said the woman, who identified herself as Sue M, about some trypophobia search results. “But they don’t understand the impact they have.”

Instead, Sue suggests searching for “trypophobia without triggers” or disabling images on your browser before you search for the term. She also notes that there are plenty of Facebook support groups where people can find community and support.

“People come into the group and say ‘Thank God! I have a name for what is wrong with me. I’m not going mad. I’m not alone anymore,” Sue told CNN.

For now, finding understanding might be the best way to deal with this misunderstood phobia.

After this look at trypophobia, check out this list of the 25 weirdest phobias out there. Then, read about five of the most unusual disorders ever reported, from natural drunkenness to “Exploding Head Syndrome.”