Cute But Challenged: The Difficult Life Of Albino Animals

Albino animals look cute, but the lack of melanin in their bodies causes a fair amount of hardship for these pigment-challenged creatures.

Albino animals look cute, but the lack of melanin in their bodies causes a fair amount of hardship for these pigment-challenged creatures. The complex polymer determines skin and hair color, and can impact vision and its development.

This means that in addition to being far easier to spot by potential predators and prey, albino animals struggle with basic survival skills. Here are some of the common plights of albino animals, and other facts about their unique lives: 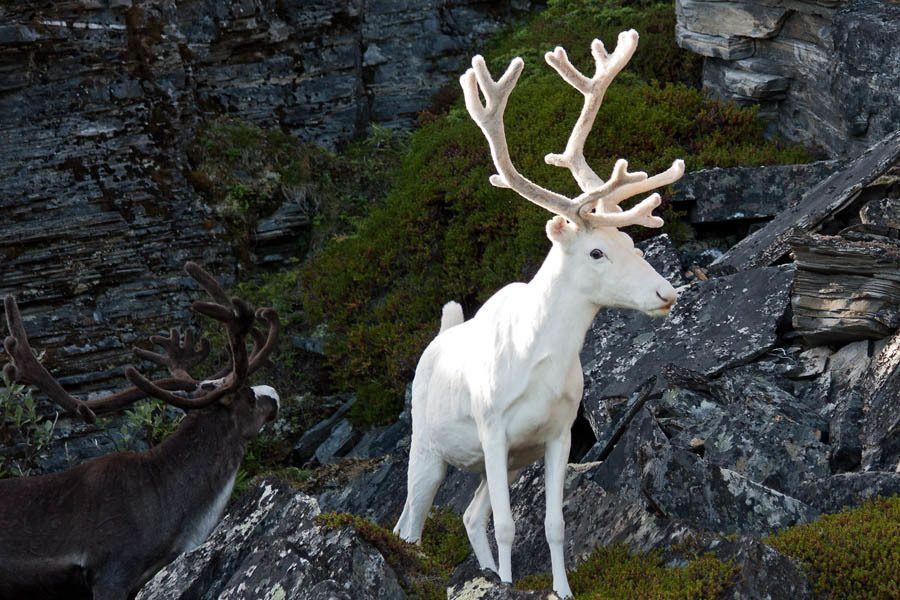 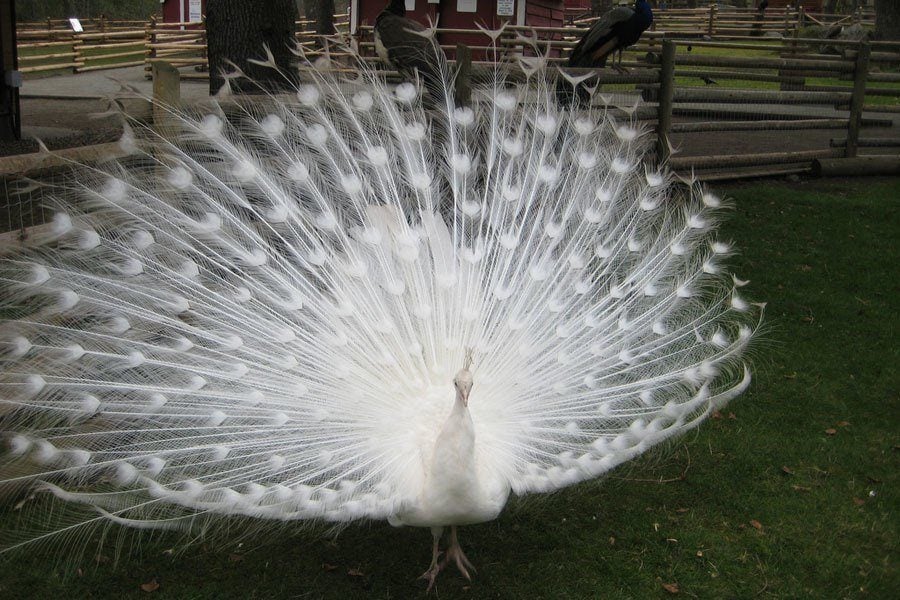 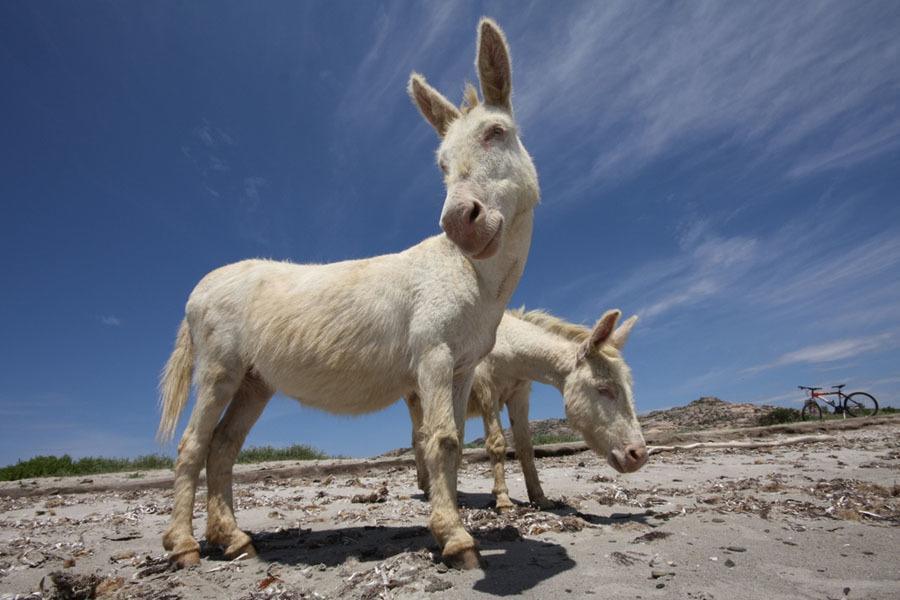 To have albinism, an organism must inherit one or more defective genes that makes it impossible to produce normal amounts of melanin, a pigment that colors skin and hair.Flickr/Roberto Cossu 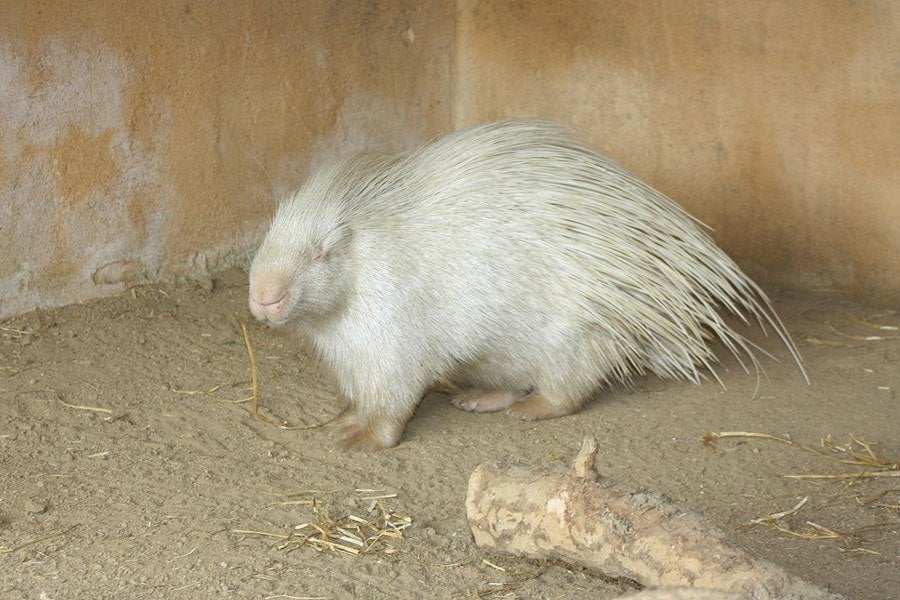 Animals lacking this pigment can either be pure or partial albinos, depending on how defective their inherited genes are. Wikimedia Commons 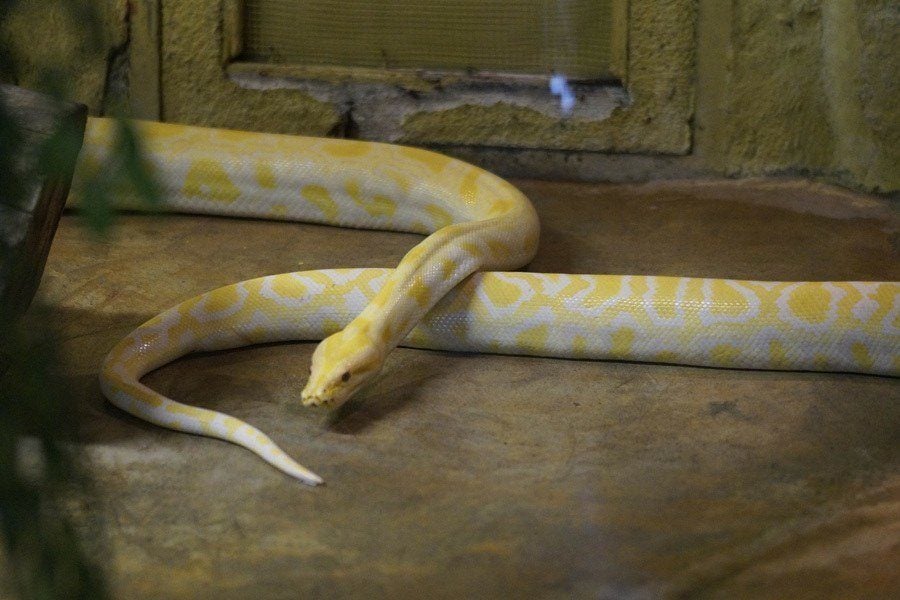 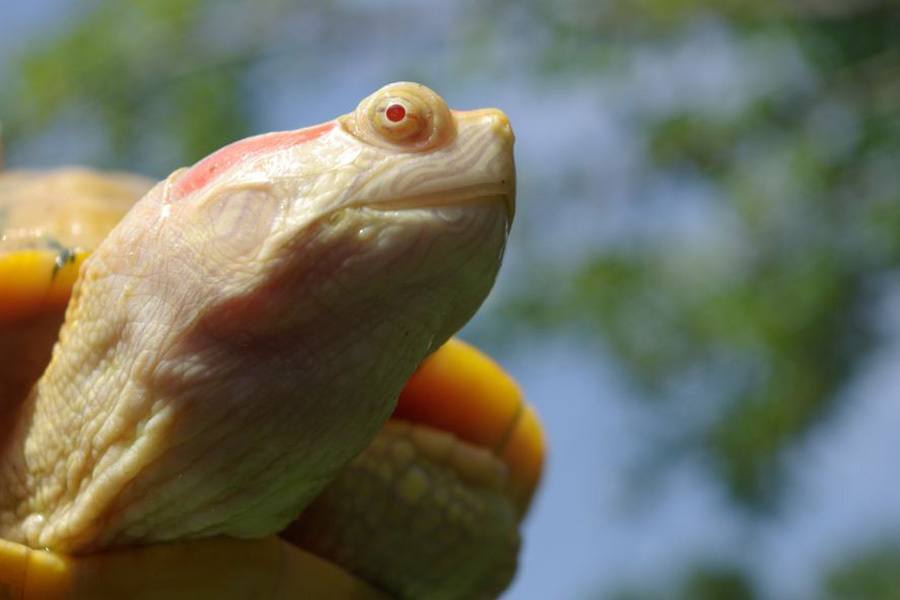 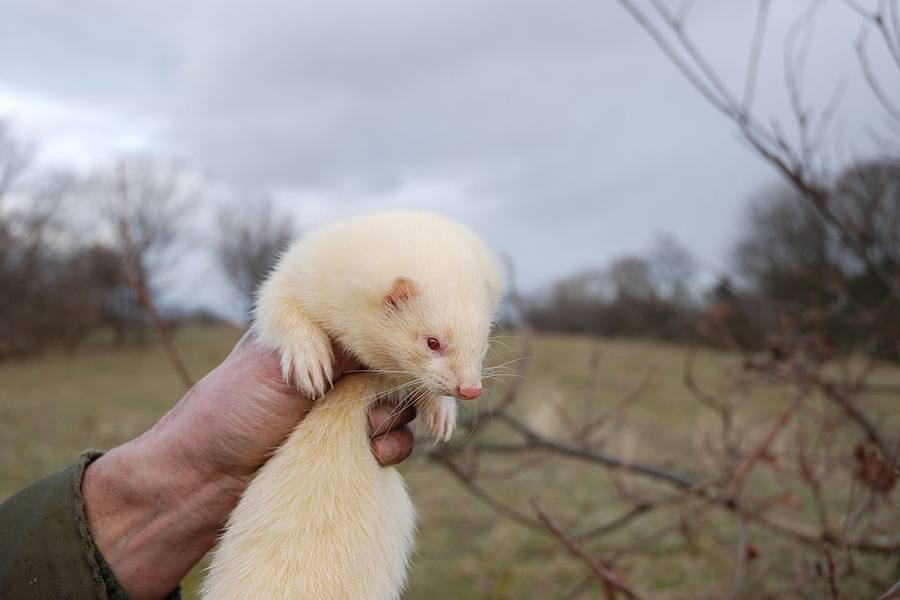 In addition to the aesthetic effects albinism has on animals, it also affects their physical development. Wikimedia Commons 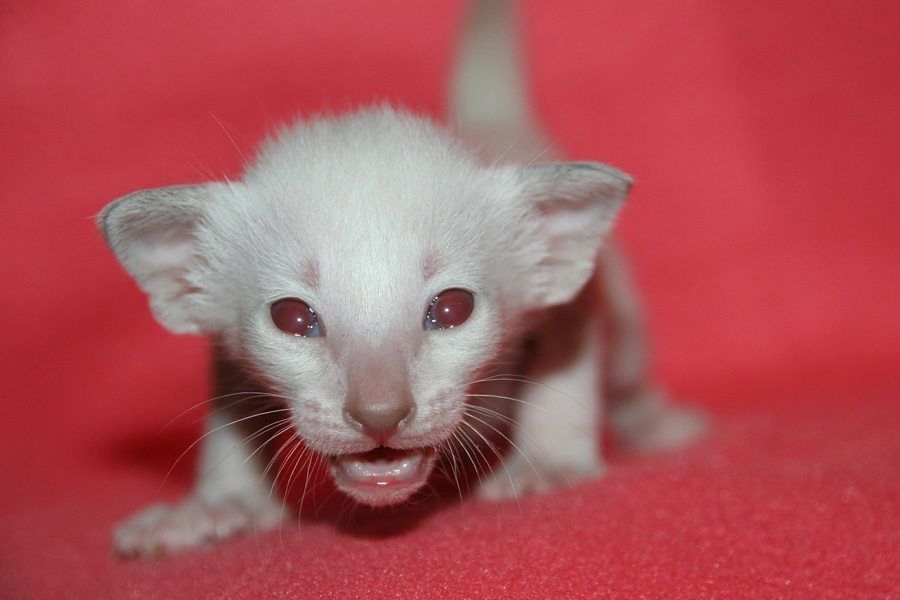 The absence of melanin in the eyes results in abnormal development, which often means that those with albinism struggle with depth perception. Pixabay 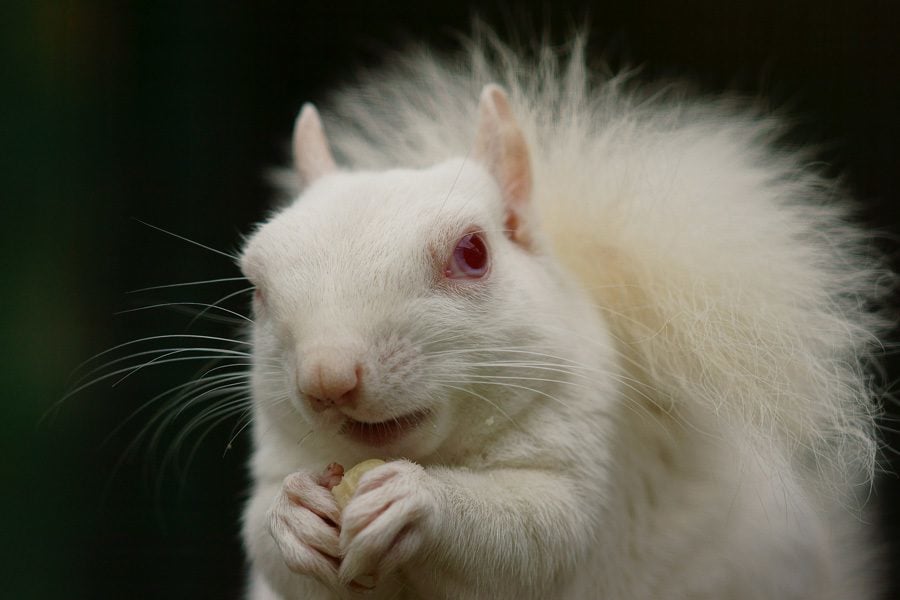 Some animals aren't as negatively physically impacted by albinism, like the squirrel. Its retina differs from all other mammals, so albinism affects their eyesight less than normal. Flickr/Peter Trimming 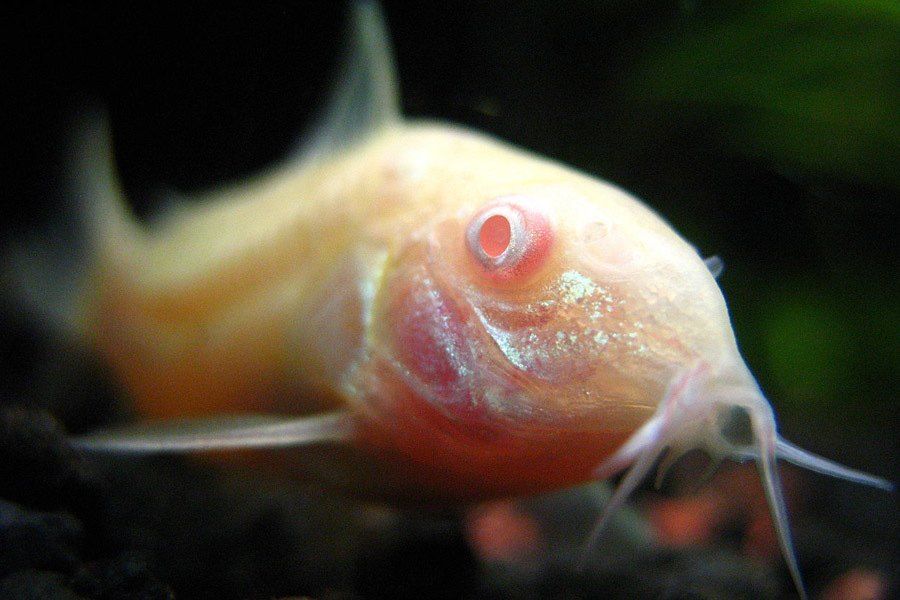 Fish, like this catfish, aren't as affected, either. They don’t have melanin in their inner ear, meaning that their hearing is less likely to be affected by albinism than in mammals. Wikipedia 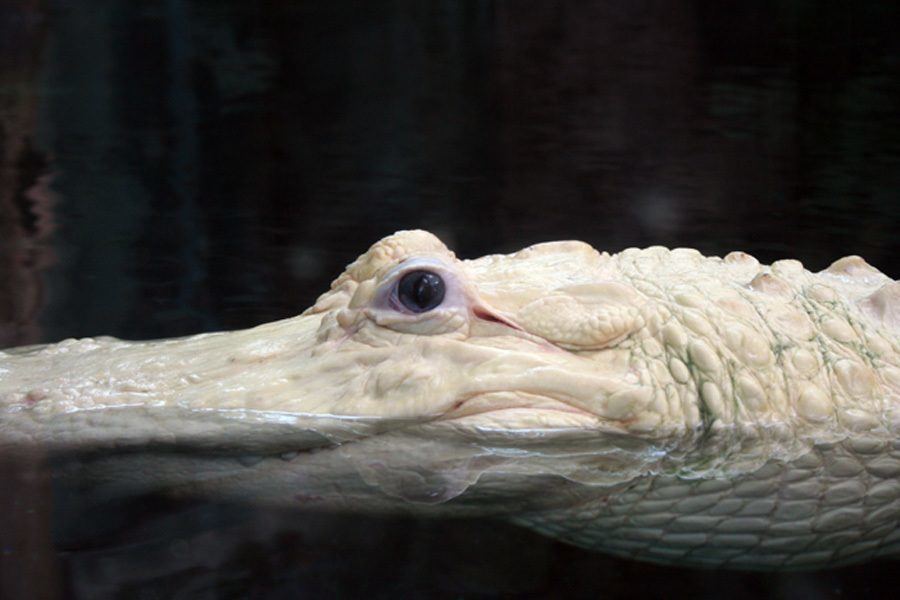 Many albinos classified as predators die from starvation because they lack their natural color camouflage. Would-be prey can easily see them coming, and therefore have time to plot an escape. Wikipedia 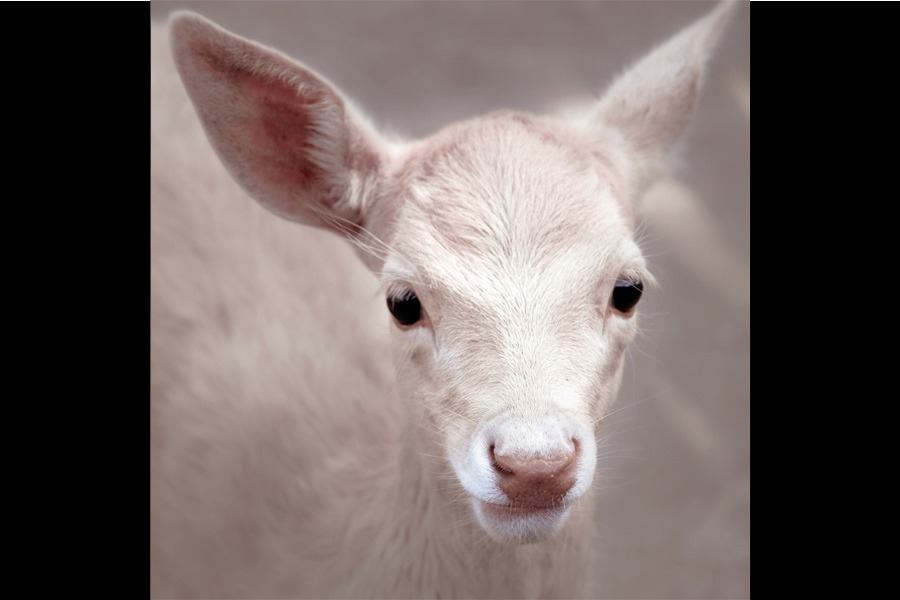 Likewise, animals that are more likely to be prey lack the natural coloring that helps them hide from predators, so they are more apt to be seen and killed. Flickr/Paolo Brandao 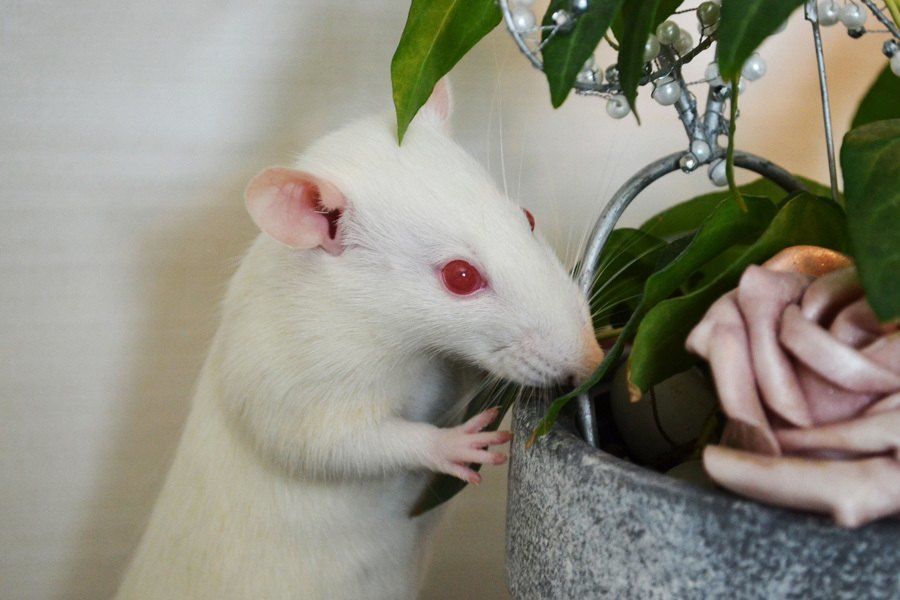 The condition also has social effects, which is problematic when it comes time to mate. Many albino animals are outcast by their peers. Pixabay 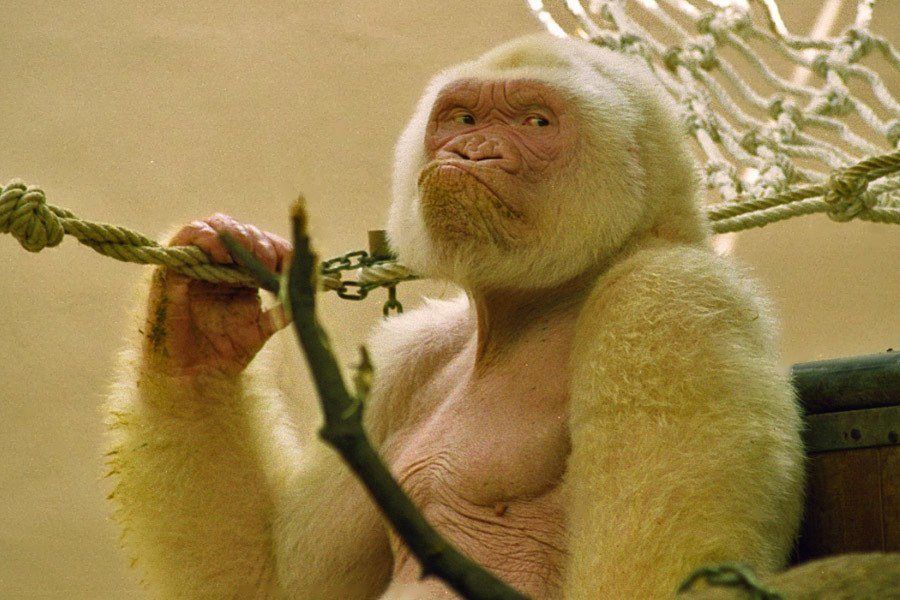 As such, numerous albino animals live in captivity. Snowflake, featured above, is the only documented gorilla with albinism. He was born in the wild, but captured and kept at the Barcelona Zoo. Wikimedia Commons 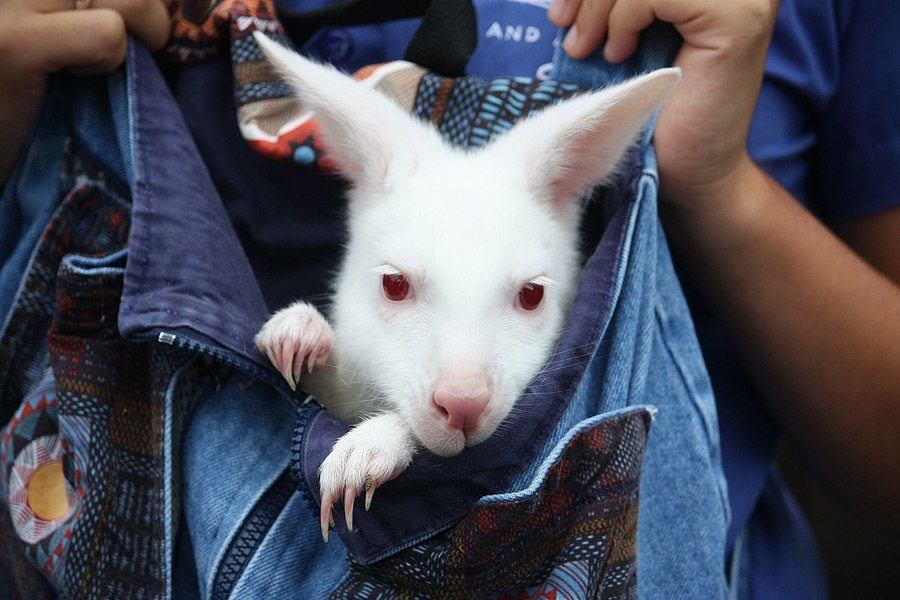 This is Betty, the resident albino wallaby at the Columbus Zoo, in Powell, Ohio. Wikimedia Commons 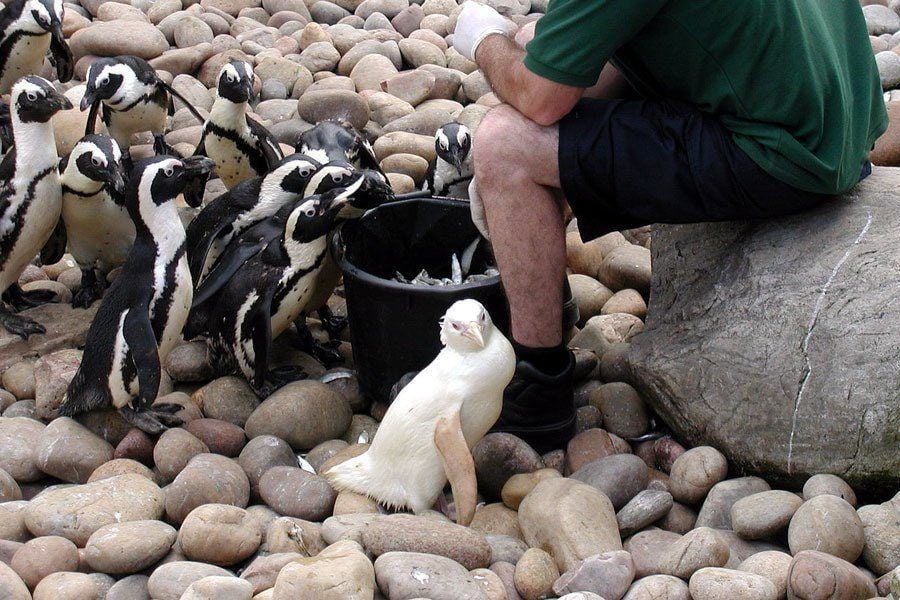 The only known albino penguin, Snowdrop, was born in 2002 at England’s Bristol Zoo. Wikimedia Commons 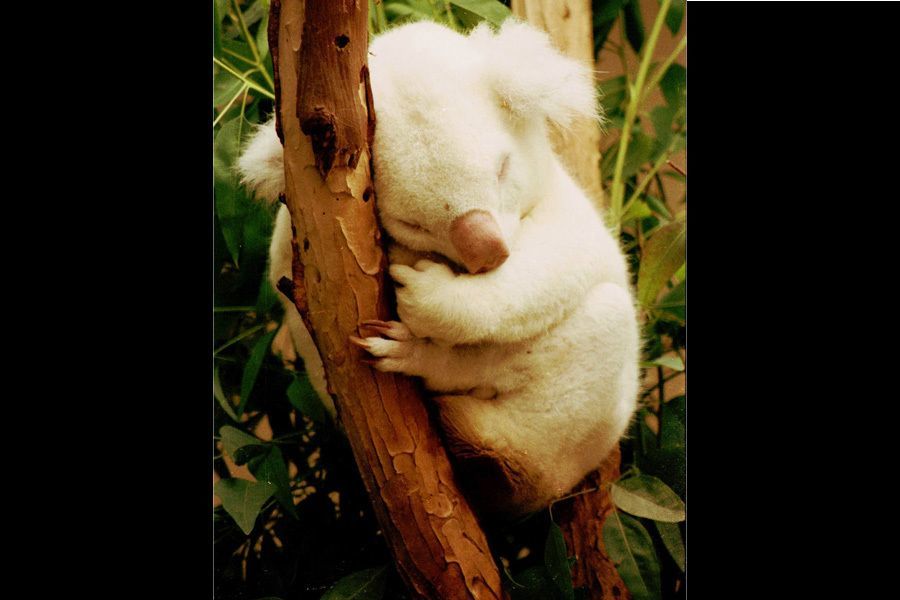 There is only one documented albino koala, and his name is Onya-Birri. Wikimedia Commons 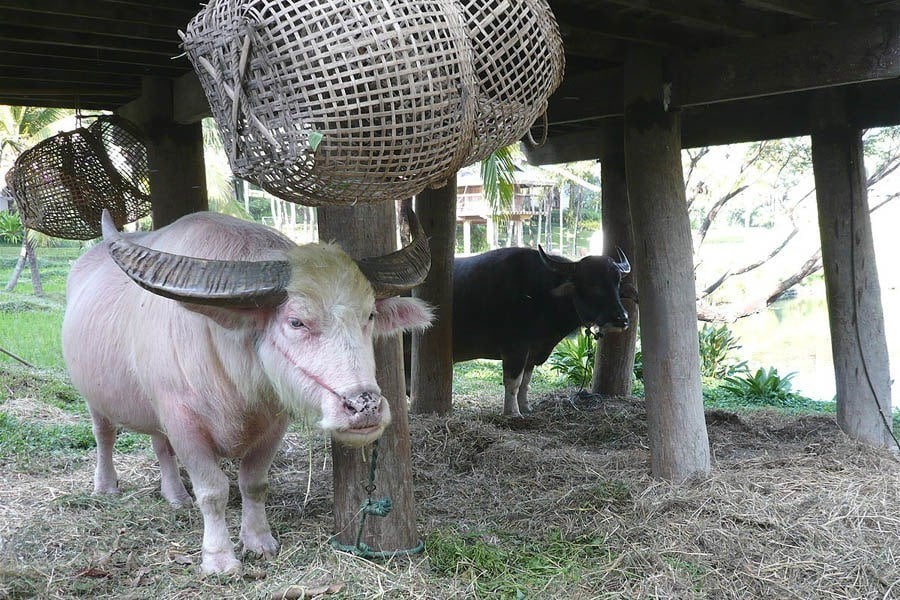 Some cultures worship albino animals, and believe that they are good luck charms.Wikimedia Commons\ 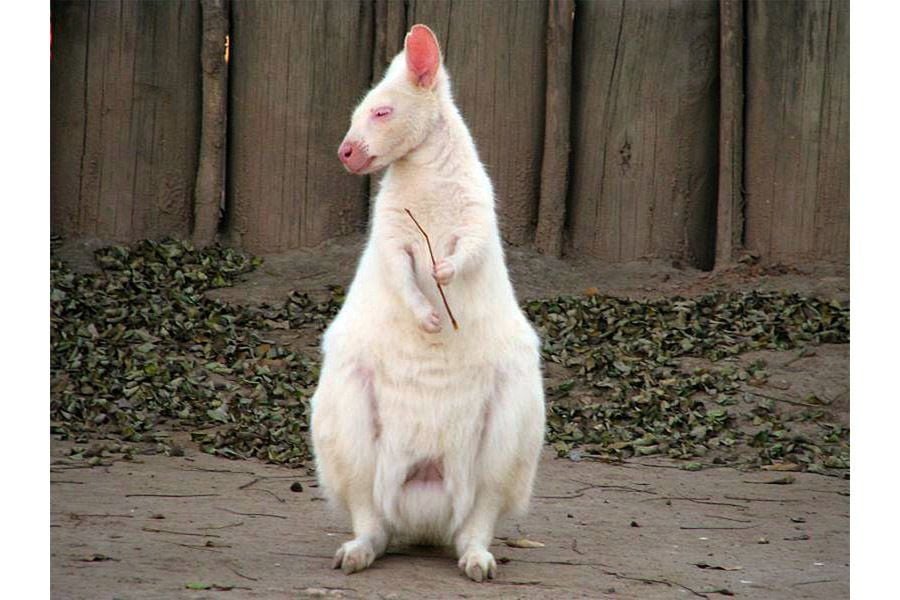 Native American tribes harbored significant reverence for albino animals, for instance. Whiteness was not seen as a symbol of "purity" as in Western cultures, but wisdom.Wikimedia Commons 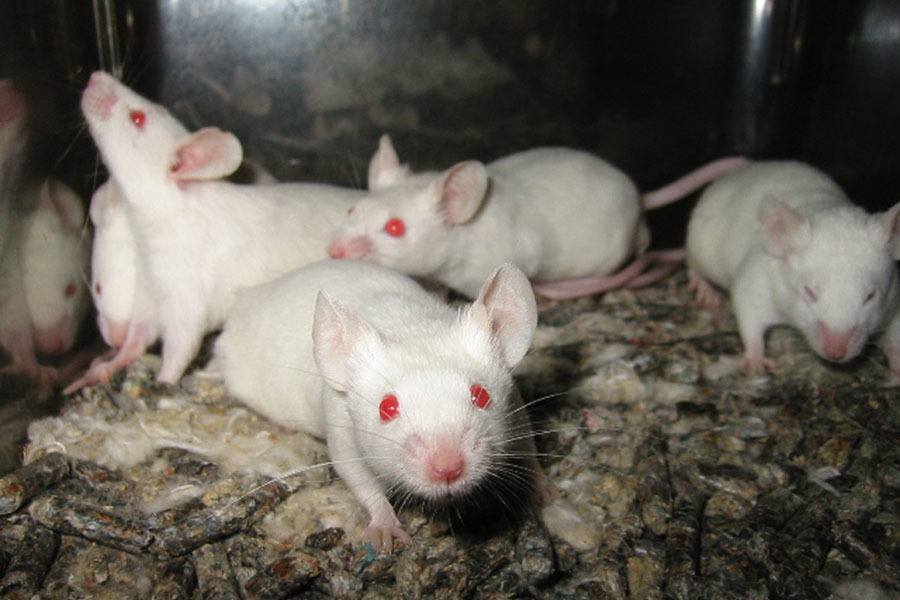 Despite differences, many of these tribes abided by one common principle: the albino animal is not to be killed.Wikipedia 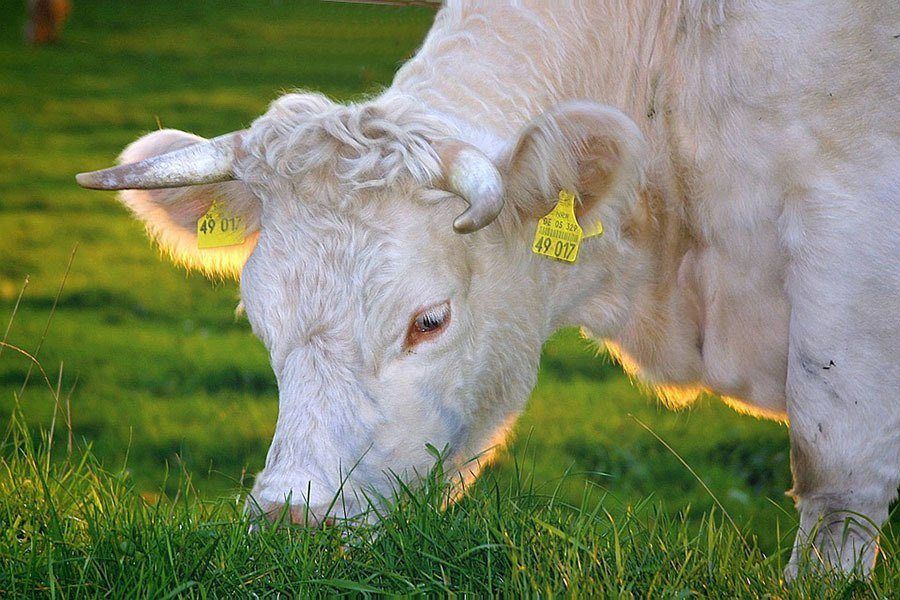 If the albino animal were killed, its killer would be cursed. The underlying thinking was that, as its coloring makes it an easier mark, it is unfair game for the hunter.Pixabay

Enjoyed this look into the lives of albino animals? Check out the animal kingdom's most fascinatingly bizarre color mutations or witness astounding pictures of animal camouflage in action.