Inside Australia’s Hapless Campaign Against Emus, The Great Emu War Of 1932

In 1932, Australia went to war against an enemy like none it had ever faced before: the emu. 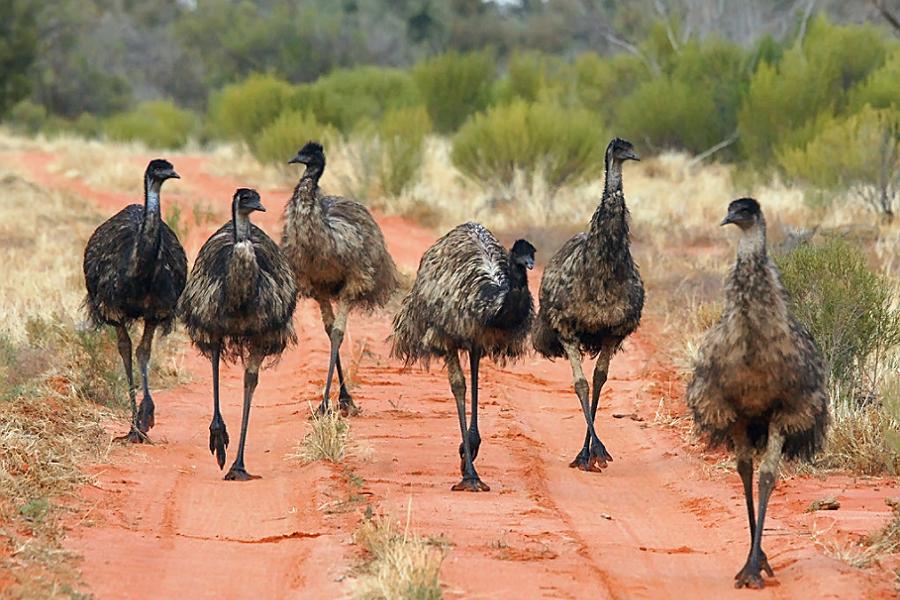 If there’s one thing that human beings are good at, it’s killing other species. This is nowhere more true than in Australia, where humans have managed to accidentally drive hundreds of native species either extinct or onto the endangered species list. Which is precisely what makes a failure in that department — specifically the Great Emu War of 1932 — is all the more interesting.

The trouble began for Australia shortly after World War I. Australia had sacrificed terribly in that war, sending tens of thousands of its young men to die in the doomed Gallipoli Campaign.

The survivors who staggered back had trouble adjusting to civilian life. At the same time, the vast interior of the continent remained — it was felt — shamefully underdeveloped. Letting one problem solve another, the Australian government issued land grants in a kind of Down Under Homestead Act, giving each veteran as much land as he could farm on the edges of Australia’s harsh, unforgiving Outback.

Just as in the United States, which was doing almost exactly the same thing in Kansas and Oklahoma at the time, this almost immediately led to overfarming, over- or under-irrigation, and generally unsustainable land practices.

This comes in part because Australia’s interior has a very dry and unpredictable climate where droughts are common. When the interior gets exceptionally dry, native animals tend to migrate toward the edges looking for food and water.

Those are the two things that farms have in abundance, and so the first few waves of stray emus started drifting in from the mid- to late 1920s. Until 1932, they had always come in small groups and were generally easy to scare away from the fields.

The Face Of The Enemy 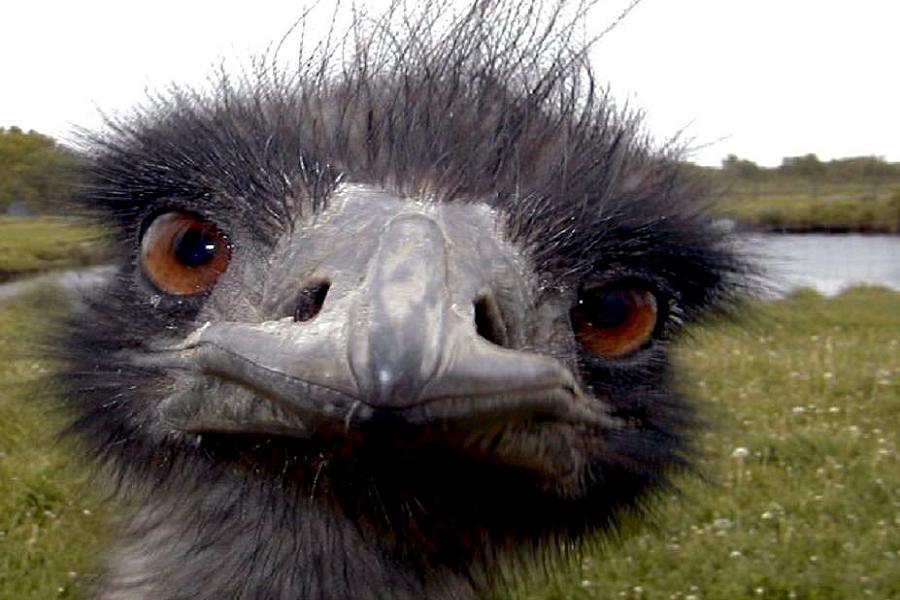 The emus were easy to scare in the beginning because they’re large, relatively gentle herbivores. Up close, they have huge, powerful feet and claws that can disembowel a Komodo dragon, but left alone, they tend to flock at a distance from potential threats.

One thing they can do, however, is eat huge amounts of plant matter in a day. Even a single emu can strip a garden in a few hours, and a big enough flock of them passes over a wheat field like a huge, pinfeathered scythe.

Emus are esentially dinosaurs with beaks and feathers. Aside from the beaks, they’re hardly different from herbivorous theropods such as gallimimus and avimimus.

They don’t even have wings; their ancestors never flew, and emus have inherited a vestigial set of arms with bones and claws, but no muscle or tendons to control them. They just dangle off of the animals’ chests like earrings under their feathers.

What they lack in arms, the emus more than make up for in legs. Running at full tilt, an emu might get up to 30 mph on the open plains, and in a kick fight, it could give a kangaroo a run for its money. They also tend to peck when they get angry, which is whenever a human bothers them.

In the summer of 1932, a flock of 20,000 six-foot-tall, hungry dinosaurs emerged from the Outback looking for food. Worse, in order to get to the veterans’ farms, the emus walked right through the fence that had been laid out to keep the rabbits away from the cultivated land. Something had to give. 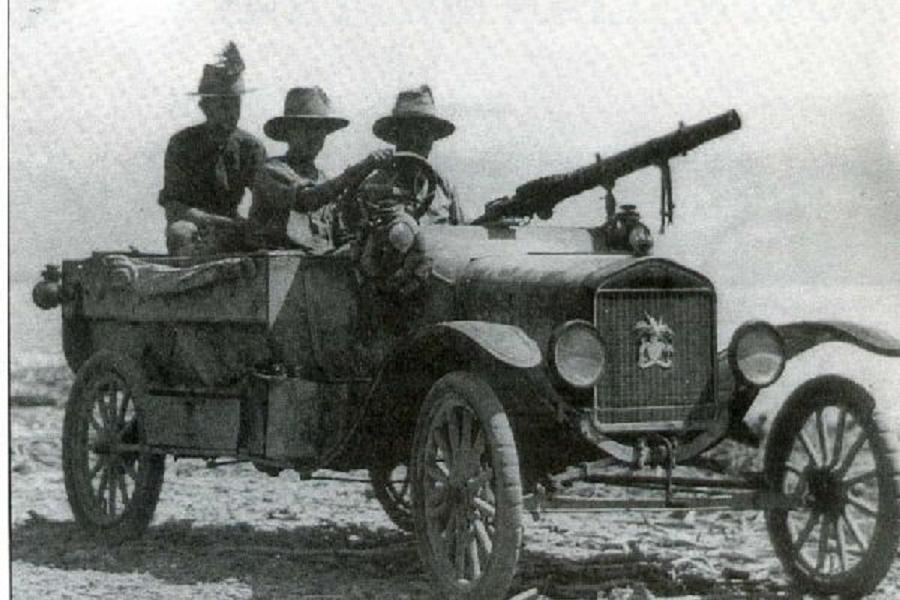 The veterans’ first response was predictable. When the advance elements of the emu force showed up, they assumed it was another typical raid and tried to drive them off with individual rifle shots. Sometimes this worked, but as more emus arrived from the wilderness, they got more desperate and less easy to scare.

Just shooting at them wasn’t especially helpful; unless the shooter got the emu right in the head, it was as likely as not to walk it off and go back to eating the crops.

Like the dinosaurs that they are, emus bleed slowly. Like herbivores, they have large gut tracts that occupy most of their body cavity, making a one-shot kill to a vital organ unlikely. Like birds, they have a large coat of feathers that disguises their real body dimensions and makes it likely the shooter will aim too high or too low to inflict an effective wound. Plus, there were thousands of these things all over the place.

In desperation, the farmers held meetings to discuss their problems. The emus were part of Australia’s native wildlife, and thus under the purview of the Ministry of the Interior, but past experience with that department had left the veteran farmers wary of calling on it for anything.

In fact, it was arguably the ministry’s fault that the emus were attacking; in 1929, the government had encouraged wheat production with promises of subsidies that never materialized, and the farmers were still angry over being cheated.

Instead, they asked for help from the Ministry of Defence, which was surprisingly receptive to their needs. Soon, an elite fighting force of bush commandos was being assembled under the command of Major G.P.W. Meredith of the Seventh Heavy Battery of the Royal Australian Artillery. Their mission was to kill or drive out all emus within range of the farmsteads, regardless of the cost in lives or materiel.