Feral Cats Have Taken Over Australia, And The Government Is Now Fighting Back

Australia may very well be the land of cat people — but not exactly by choice. 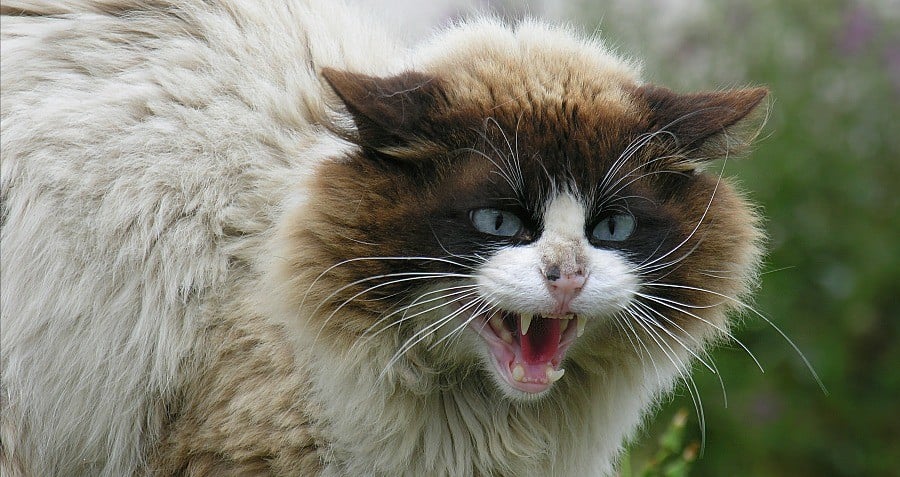 An island overrun by animals may sound like an adorable dream for some, and a few have even become tourist destinations for those looking to cuddle in a pile of bunnies or swim with wild pigs living in paradise.

While “cute” in an abstract sense, these infestations can yield catastrophic results, and can even wipe out entire species of neighboring animal and plant life in the process. And Australia knows that truth better than most nations. 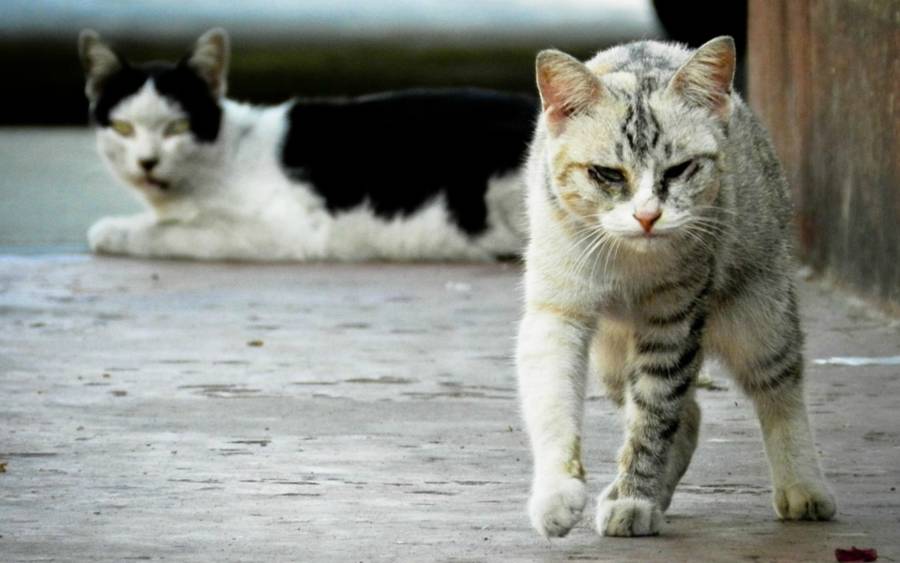 A recent study conducted by a team of Australia’s top environmental scientists offers some alarming numbers with regard to the country’s feral feline population.

Present on over 99% of the continent, these cat colonies are wreaking havoc on the natural environment and directly threaten the existence of other native mammals in the area, forcing researchers to look for a way to get the ever-rising population under control.

The wild cats, which many believe to have descended from 19th century settlers who had emigrated from Europe, have since evolved into a type of super-predator much larger in size than the average house cat many are familiar with and are estimated to hunt and devour around 75 million native animals per day.

In addition to their presence over nearly the entire land area of the continent — think one cat per every one and a half miles kind of presence — studies have shown that nearly 80 percent of the surrounding islands of Australia bear the presence of these feral creatures.

More so than your average infestation, this problem more closely resembles a plague.

After extrapolating evidence gathered from 91 site-based findings, researchers estimate the feral cat population to fluctuate from anywhere between 1.4 to 5.6 million living on the continent, with an additional 0.7 million estimated to be living in “highly modified environments” such as urban areas, garbage dump sites, and intensive farms.

After considering its islands, experts estimate that number of feral cats found running the streets, mountains and hills of Australia hover between 2.1 to 6.3 million — which is actually millions less than the 20 million cats the Australian government initially projected. Put differently, on the high end of things feral cats make up around 27 percent of Australia’s human population.

These numbers tend to rise and fall with certain weather patterns, availability of prey, and location. Smaller islands show higher cat densities, as do inland areas which offer more open areas of vegetation — although only after heavy rainfall, which results in the availability of more prey. 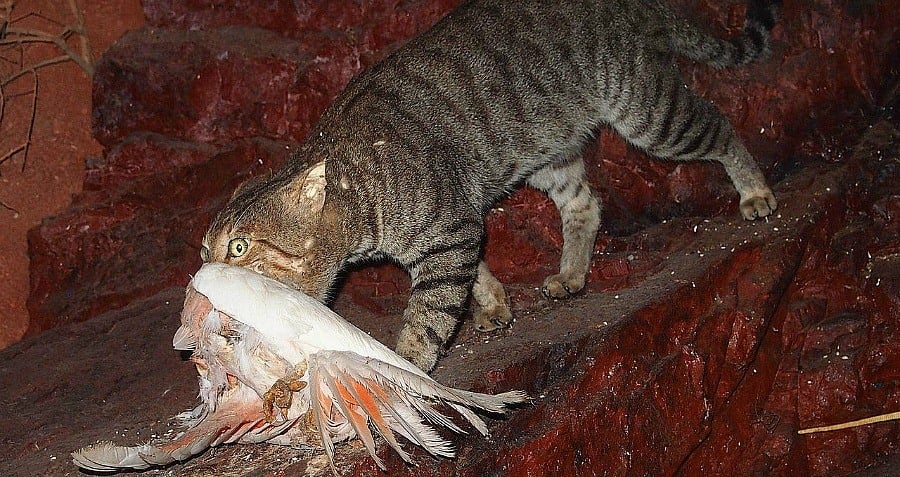 So why are these feral cat colonies of such high concern in Australia? As The Seeker first reported: they’re eating everything. So much, in fact, that the cats have driven at least 20 species of Australian mammals to extinction, including the desert bandicoot and the crescent nail-tail wallaby.

Australia’s vulnerability to cats also has to do with its ecological history.

“Australia is the only continent on Earth other than Antarctica where the animals evolved without cats, which is a reason our wildlife is so vulnerable to them,” said Australia’s Threatened Species Commissioner, Gregory Andrews, in an interview with Eureka Alert. “This reinforces the need to cull feral cats humanely and effectively.”

And cull the cats the government will — or at least, it has big plans to.

Now officially regarded as “pests,” in 2015 the Australian government announced plans to exterminate around 2 million of these feral cats by the year 2020 in an effort to prevent the threat of extinction to even more native Australian species.

This move hasn’t come without its fair share of criticism, of course. When the Australian government announced these plans, high-profile figures such as Brigitte Bardot and Morrissey penned open letters to the state to articulate their concern.

In his letter, Morrissey wrote that “the cats are, in fact, two million smaller versions of Cecil the lion,” with Bardot deeming the government’s proposal “animal genocide.”

Threatened Species Commissioner Gregory Andrews responded in another open letter, where he attempted to quell their concerns.

“We are home to more than 500,000 species, most of which are found nowhere else in the world. Our animals and plants define us as a nation, so when we lose them, we lost a part of who we are as a country.

The government is apparently working to keep their termination process as humane as possible and aims to prevent the return of overrun areas with the implementation of cat-free “safe havens” within several islands, as well as mainland Australia.