Inside Pig Beach, The Uninhabited Island In The Bahamas Ruled By Swimming Swine

On the Big Major Cay island in the Bahamas, Pig Beach is a tropical heaven for 20 hogs who call this place home. 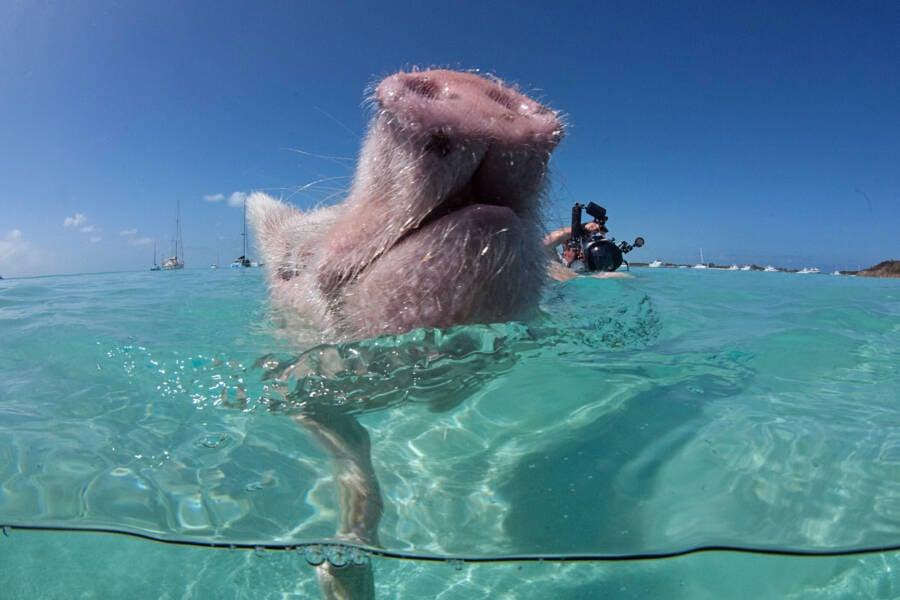 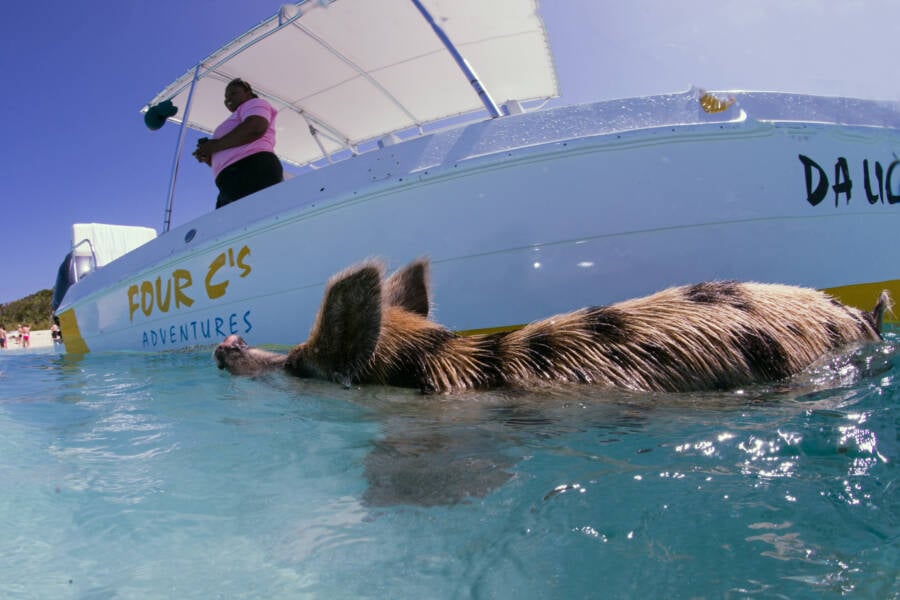 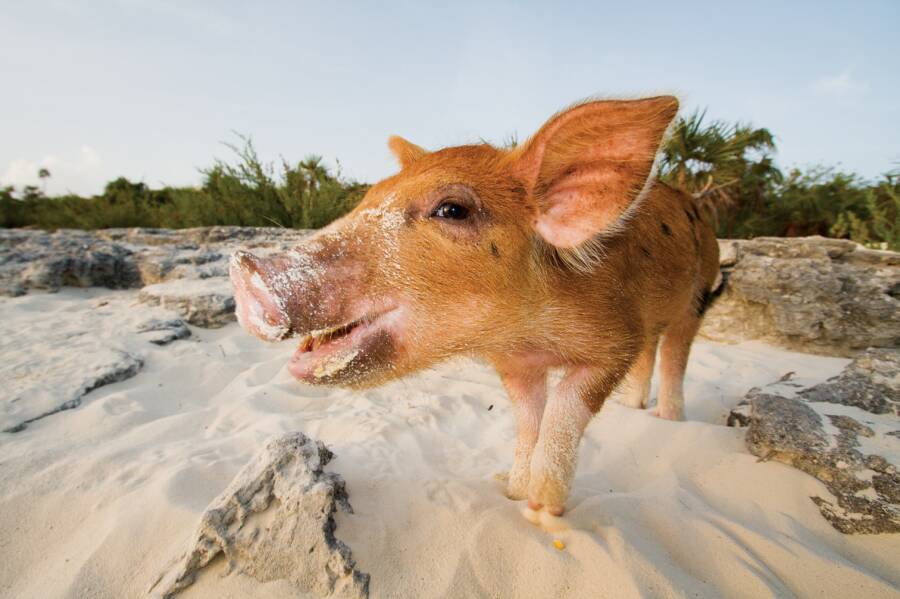 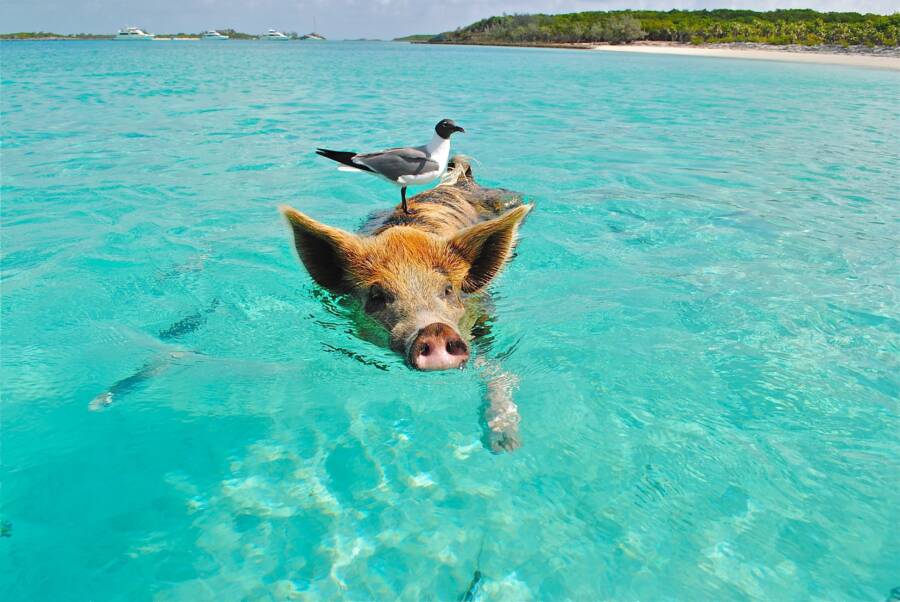 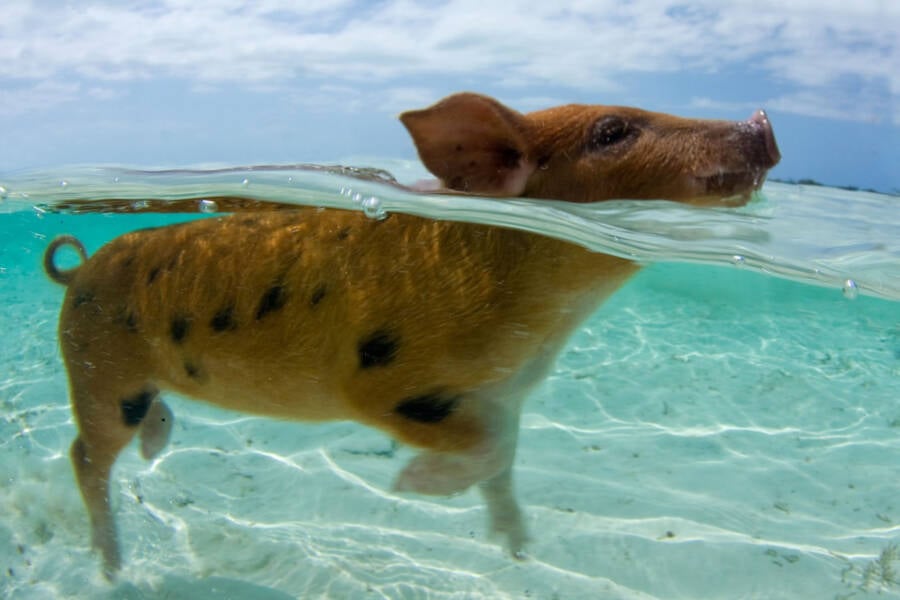 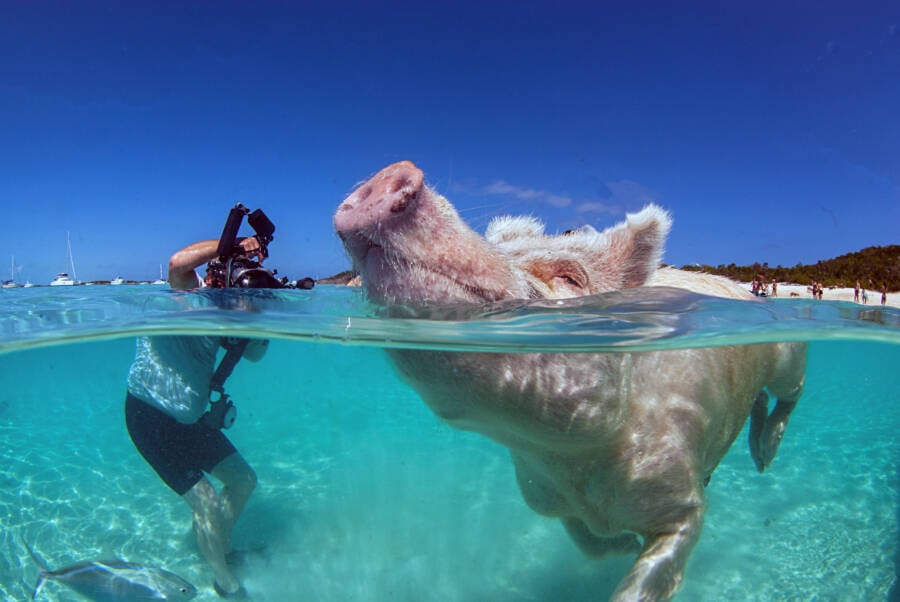 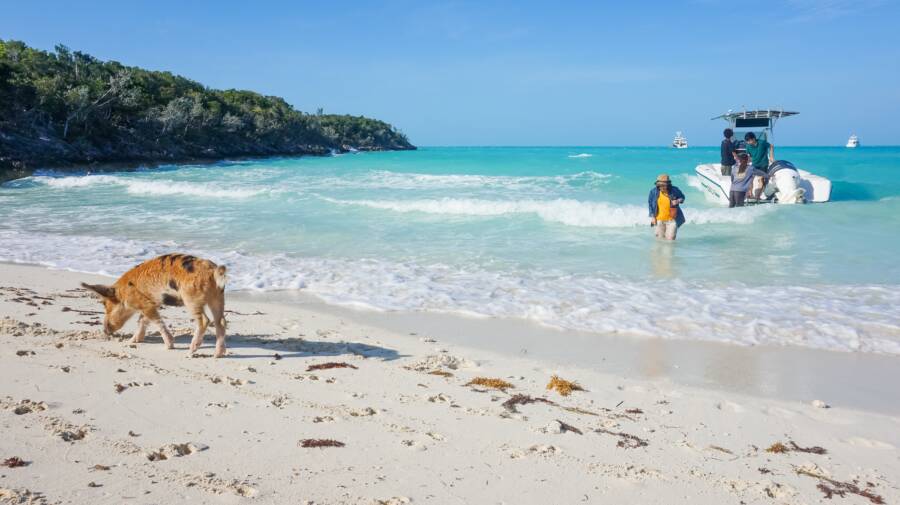 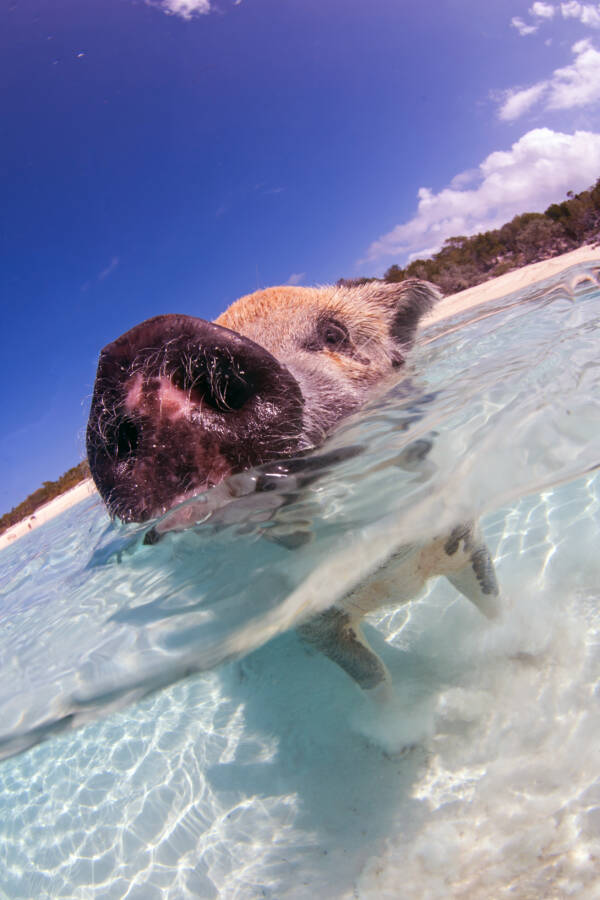 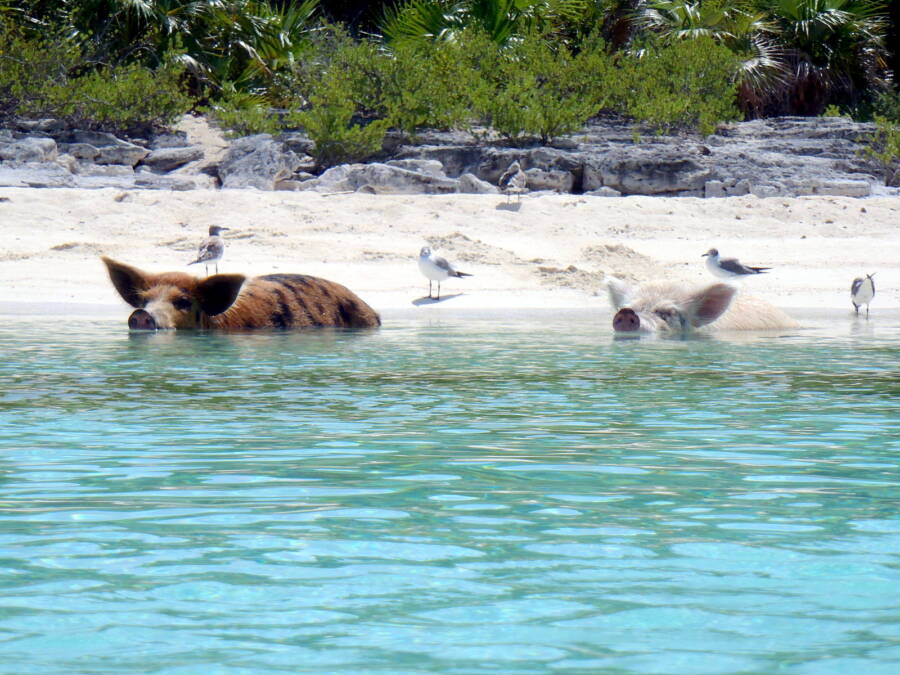 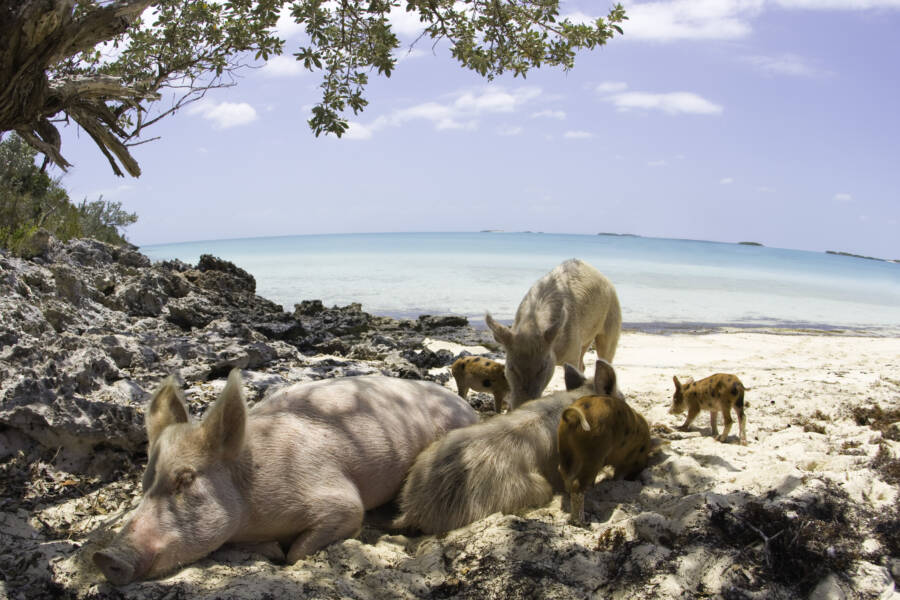 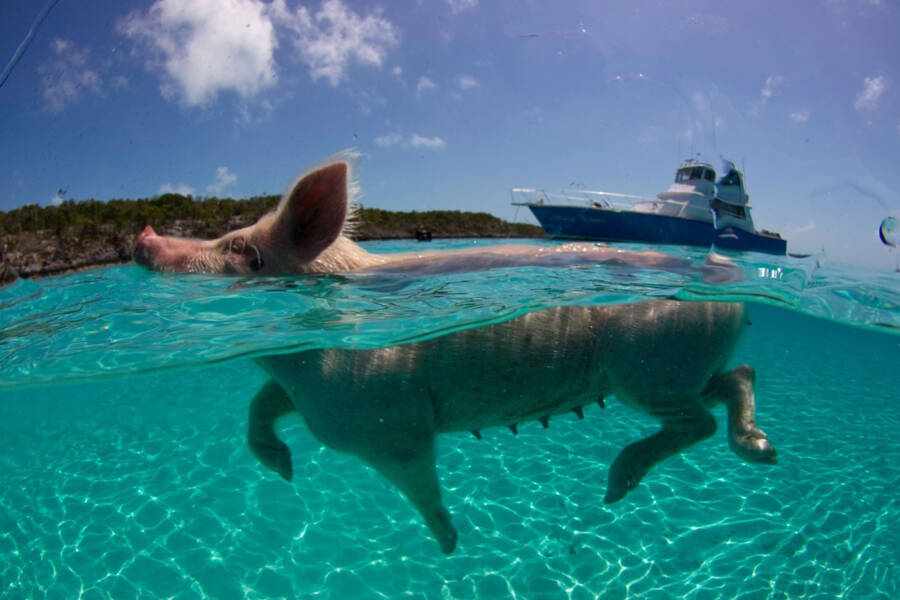 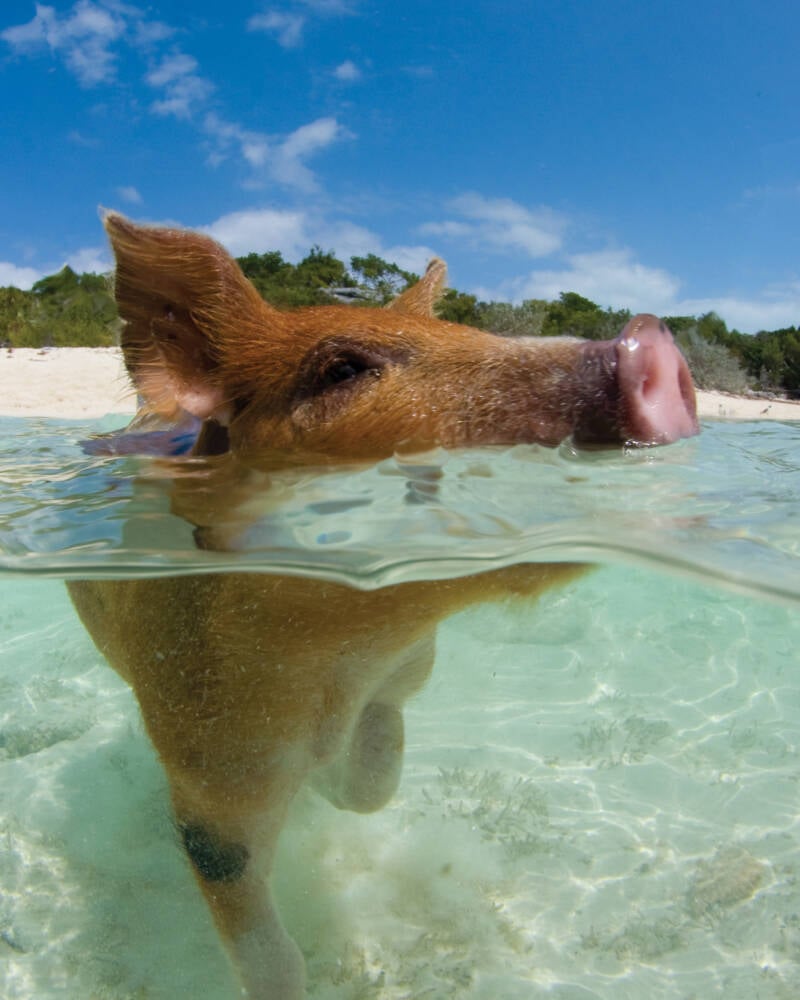 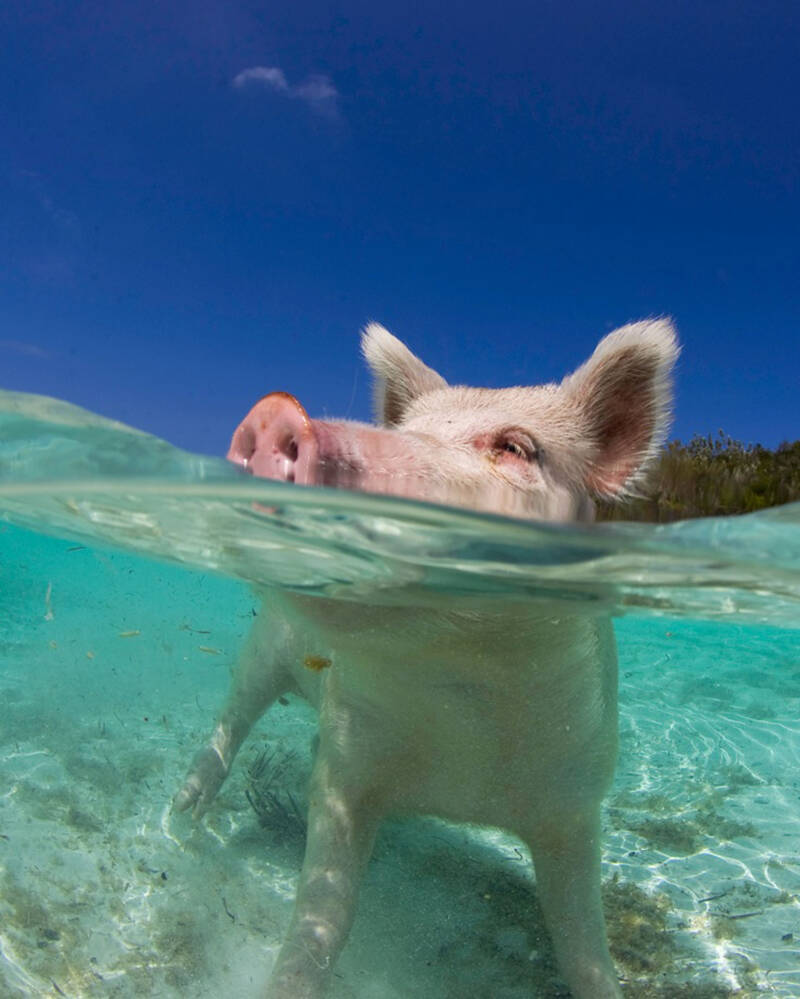 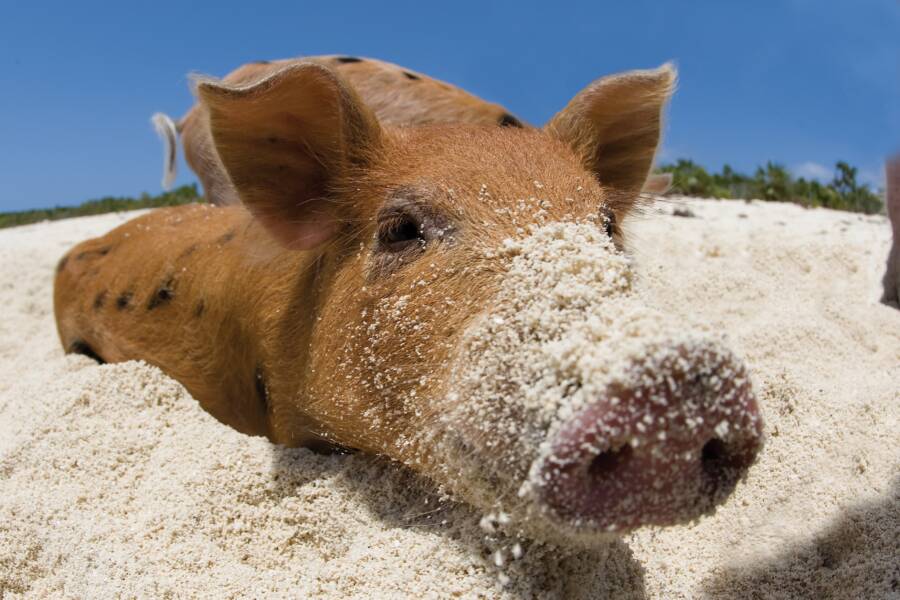 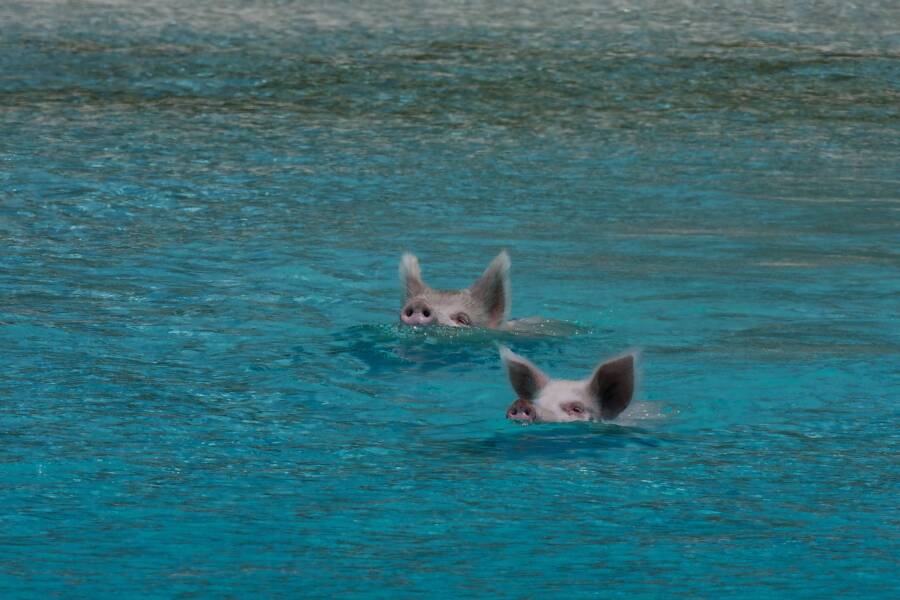 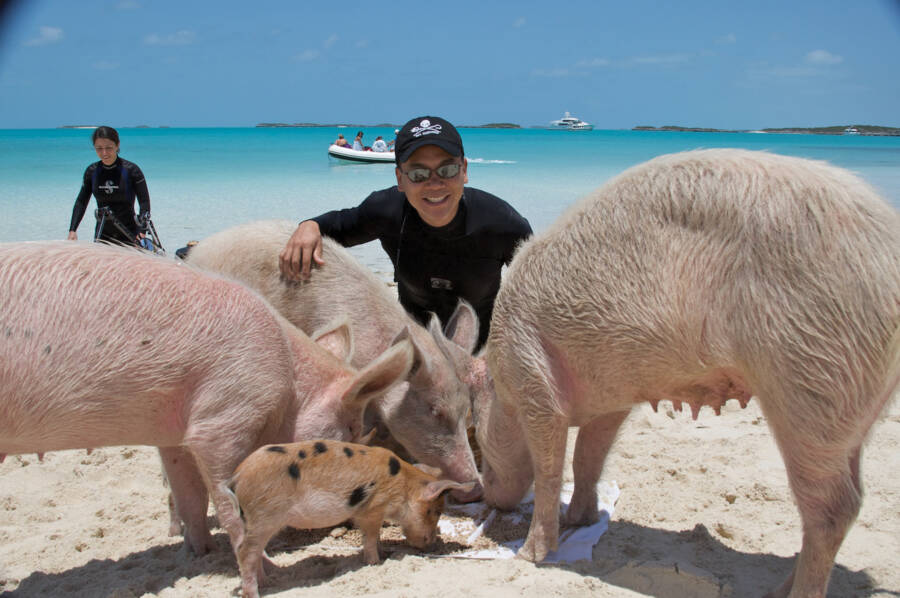 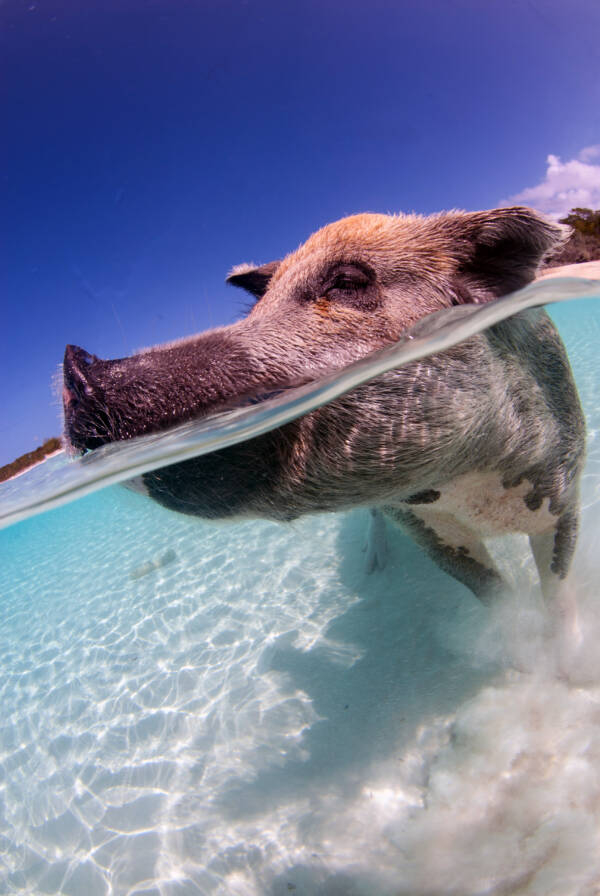 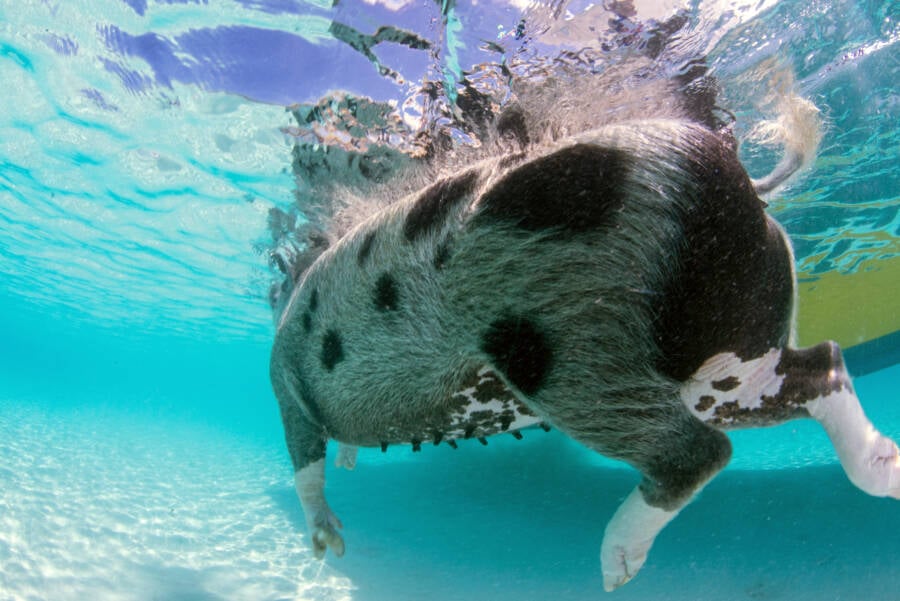 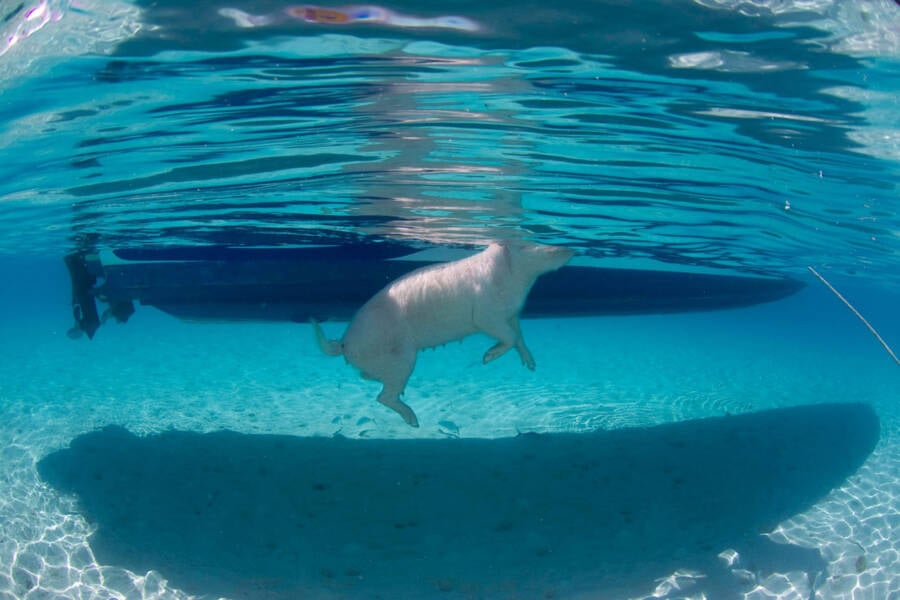 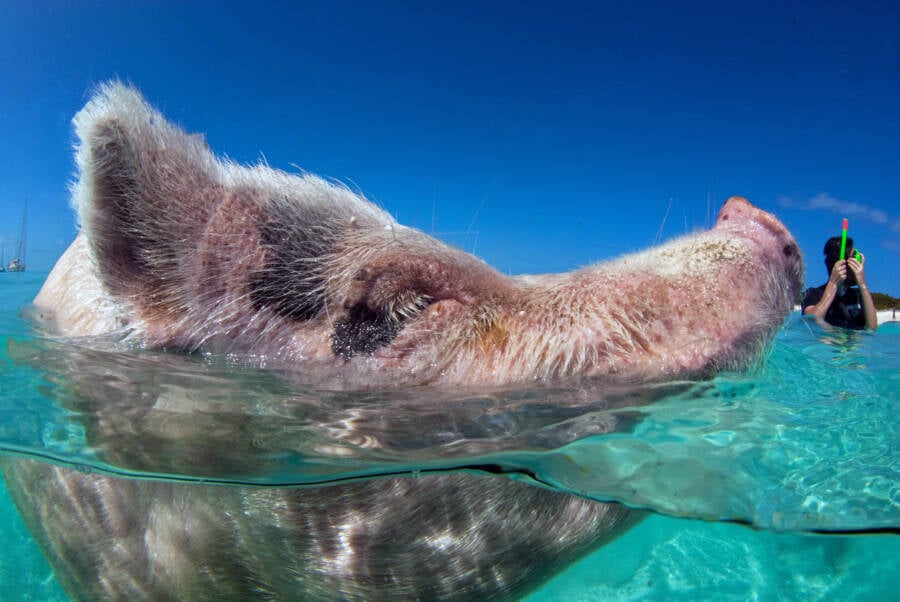 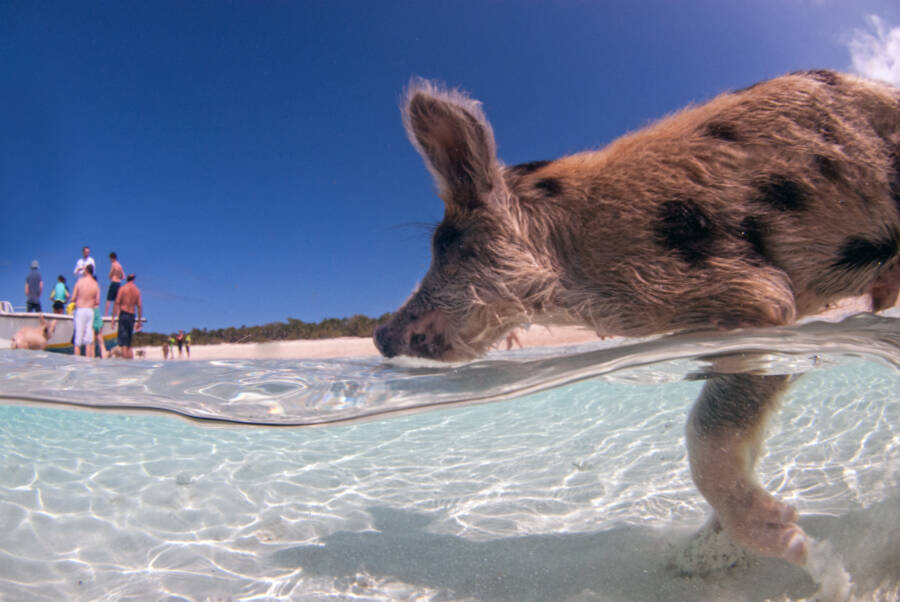 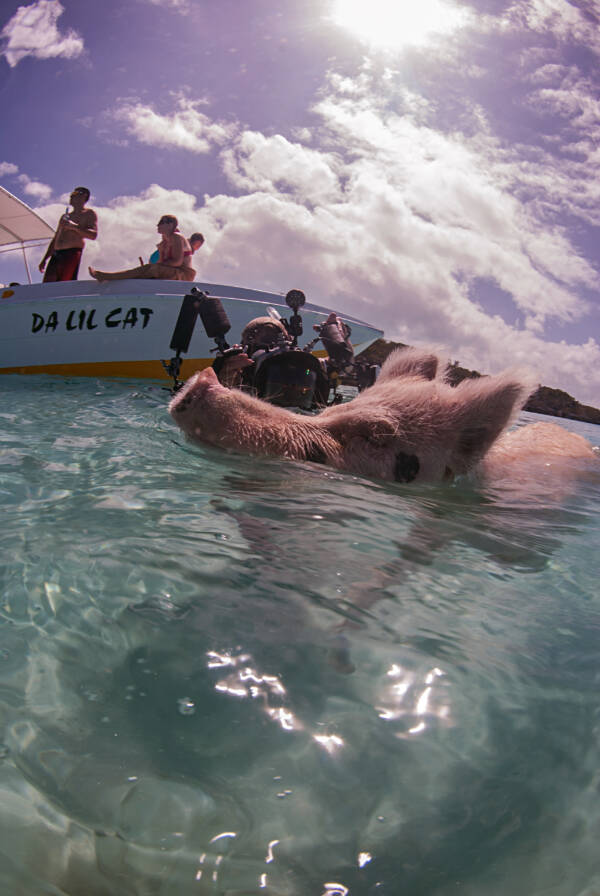 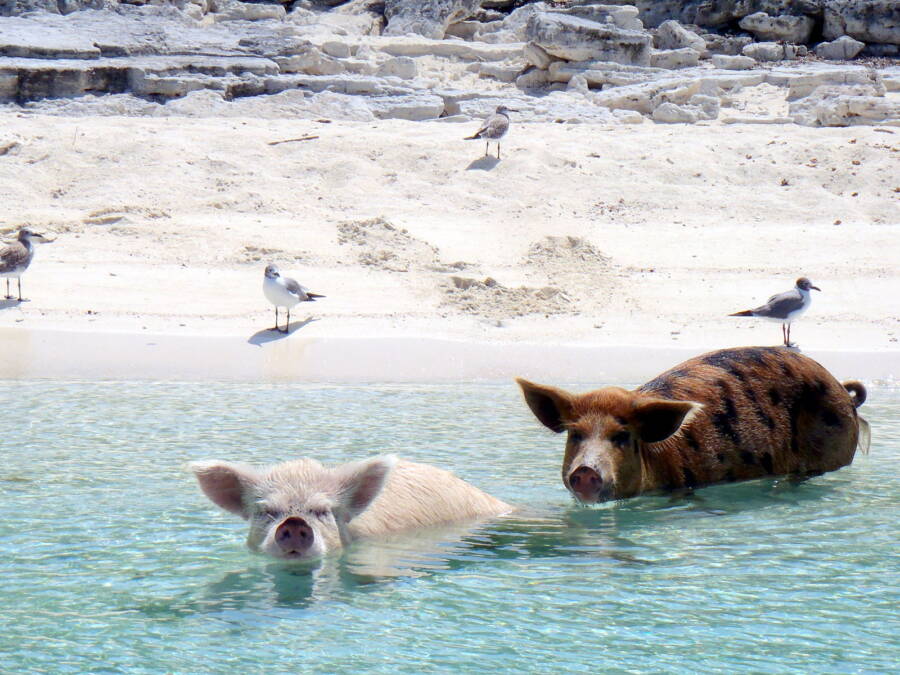 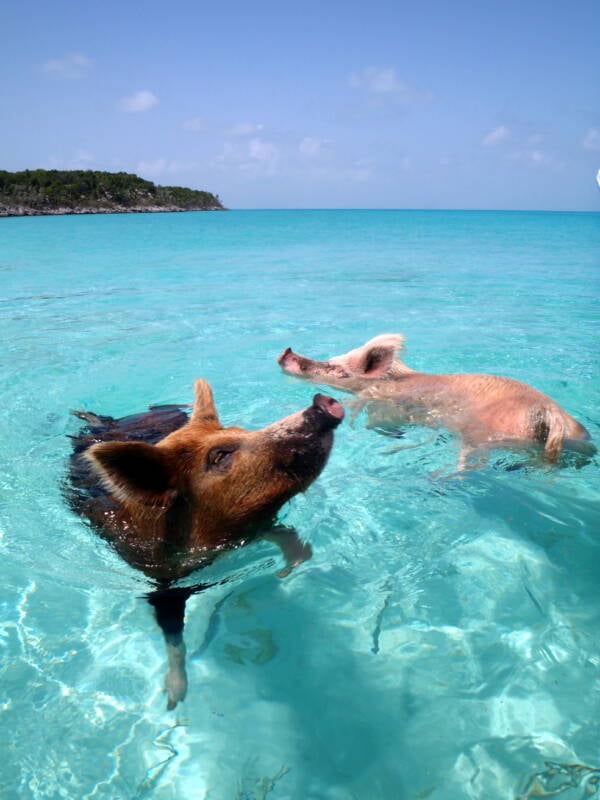 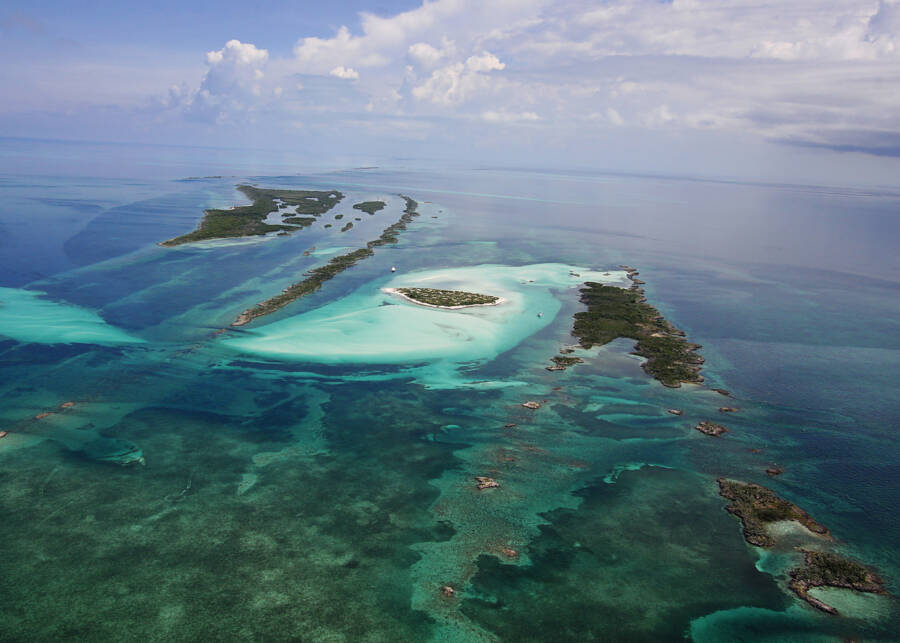 Inside Pig Beach, The Uninhabited Island In The Bahamas Ruled By Swimming Swine
View Gallery

Hate factory farming? Then "Pig Beach" is for you. On this island in the Bahamas, pigs roam free. Around 20 pigs and piglets call this human-free island home, but you can find a few iguanas, dolphins, stray cats, chickens, and goats there as well.

There's something so refreshing about seeing wild pigs (who have a reputation for being mud-covered) playing in crystalline water. Not only do island visitors get to see them — but they can also swim with them.

A Smithsonian segment on Pig Beach.

The island of Big Major Cay in the sun-soaked Exuma archipelago is where the pigs frolic in the crystal-clear waters. When tourist ships sail in, the pigs swim out... in hopes of being fed!

If your boat gets in too shallow of water, the pigs can (and will if they're hungry) jump right into it and start scouting for lunch. After all, the pigs are in control here. Their island, their rules.

The wild pigs usually prefer the shade during the sunny daytime hours. They tend to only venture onto the beach (and into the water) when the temperatures cool down. However, the pigs are starting to rely solely on tourists' food instead of foraging.

The Minister of Agriculture and Marine Resources recently banned visitors from feeding the feral pigs after some unfortunate incidents. When about seven of the animals died, initial reports suggested that tourists fed the pigs alcohol.

"Right now it's blowing out of proportion with people, anybody, bringing food there, anybody doing what they [want to] do. We have people coming there giving the pigs beer, rum, riding on top of them, all kinds of stuff," said pig owner Wayde Nixon of the tourists' behavior.

However, veterinarians later found large quantities of sand in the deceased pigs' stomachs. Humane Society inspector Ventoi Bethune said this was most likely caused by the animals eating food that visitors throw onto the beach. Ultimately, the deaths were attributed to a variety of factors.

If the ban is lifted, produce is the best thing to feed the pigs. They love carrots, grapes, watermelon, apples, and lettuce. However, they shouldn't eat starchy carbs.

How Did The Pigs Get There? 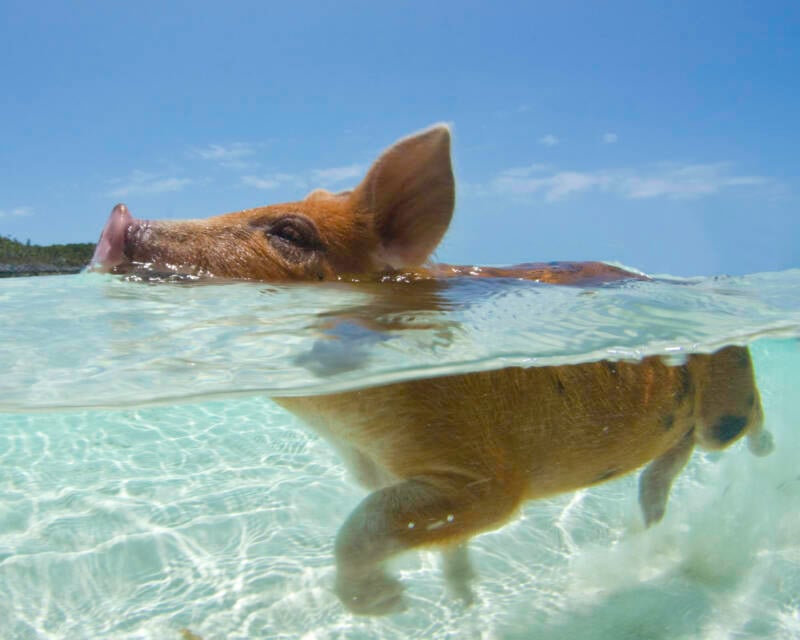 As with most invasive species in the Caribbean islands, European explorers could be behind the pig-packed island. When making their transatlantic trips, these Europeans would maroon livestock on various islands to keep ship cargo light, only to swing back later for a barbecue.

In fact, that's where the term "buccaneers" comes from, according to Modern Farmer. The French called the frame on which feral-pig hunters used to cook pork a "boucan" or a "buccal." Thus, someone cooking livestock on a spit became known as a "boucanier," which was then anglicized to "buccaneer."

Even if these buccaneers never in fact returned, the pigs could have survived on food dumped from passing ships. Alternatively, perhaps the pigs themselves survived a shipwreck.

On the other hand, another theory suggests that this isn't really a vestige of maritime exploration at all. Some believe that people purposely brought the pigs to the island as a way to bring tourism revenue to the area.

Proponents of this theory back it up by noting the pigs' appearance. The lack of tusks and straight tails — attributes found in wild pigs — suggest that these are domestic pigs, and have been from the start.

Either way, today's tourists keep the residents of Pig Beach entertained, and the pigs keep the tourists coming. It is a circle that seems to work for both parties. That is, as long as the Instagram influencers can behave appropriately — and not like animals themselves.