The five-year-old was taken from her sleeping mother and sister for a ritual murder. Sadly, it's not uncommon. 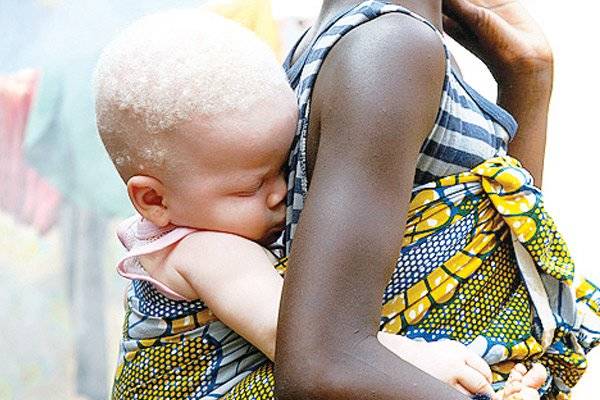 mediamaxnetwork.co.keDozens of albinos are attacked and killed every year for “ritual purposes.”

A five-year-old albino girl in Mali who was abducted this month has been beheaded.

Djeneba Diarra was sleeping in the courtyard of her home with her mother and sister when a group of armed men took her, reported Agence France-Presse. The kidnappers climbed a wall at around 2 a.m. with the child in tow as her mother tried to chase them down. She eventually turned back in order to protect her other daughter, who also has albinism.

The family lives in a village called Fana, which is around 78 miles north of Bamako, Mali’s capital.

“We searched for the little girl everywhere,” said Oumar Diakite, a local teacher. “We found her body beside a mosque, but she had no head.” Police believe the abduction and beheading was a ritual murder in order to harvest the body parts of people with albinism, which are said to have magical properties.

Now, locals of the community are outraged, citing poor security as the reason for the murder. They’ve taken to the streets to demonstrate their anger, and witnesses observed residents setting fire to police headquarters. Shops stayed closed as protests lingered on.

Mamadou Sissoko is an activist and the general secretary of the Federation of Associations of Persons with Albinism in West Africa. “We demand justice,” said Sissoko. “Her head was taken. This is a ritual crime.” Sissoko also said there’s a correlation between political events and crimes against albinos.

“Every time there are elections, we become prey for people who want to make ritual sacrifices,” Sissoko explained, adding, This is not the first time this has happened in Fana.” Now he wants to the state to take responsibility for these atrocities, with Mali’s presidential election set for July 2.

It’s not just Mali. In countries across Africa – Mozambique, Tanzania, Zimbabwe, Malawi – albinos are hunted for rituals meant to bring wealth and success. Dozens of albinos are attacked and killed each year for these purposes.

A 2016 report from Amnesty International found “a sharp increase in human rights abuses against people with albinism, including abductions, killings and grave robberies by individuals and criminal gangs” in Malawi. According to the report, 18 albinos had been killed, five had been kidnapped and were still missing, and 69 total criminal cases involving albinos had been reported since November 2014.

The report also suggested that widespread poverty in the country plays a large part in the crimes against albinos. Some people think they can sell albino body parts to those who believe in their so called magical properties.

Albinism is a genetic hereditary disorder that leaves the skin, hair, and eyes with a partial or total absence of pigmentation. Albinos can also suffer from eyesight problems and have a higher risk of getting skin cancer.

A separate report from the United Nations stated that if the violence against albinos persists, they may disappear forever.

Next read another story about albinos that were hunted and killed for their body parts in Malawi. Then take a look at these photos of modern “witch doctors”.