A shocking new report reveals just how many albinos, mostly children, are being killed for their body parts in the African nation of Malawi. 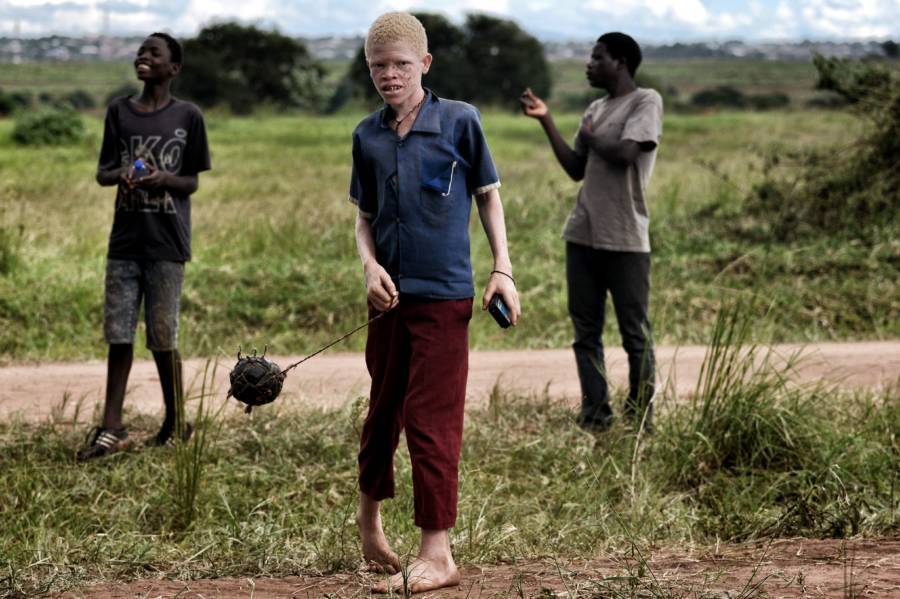 An albino boy plays with a self-made ball on the outskirts of Lilongwe, Malawi on March 11, 2016. ARIS MESSINIS/AFP/Getty Images

Albinos in several African countries have long been hunted, attacked, and even killed for their body parts, thought to bring good luck and make for powerful witchdoctors’ potions. Recently, the southern African nation of Malawi has seen a devastating surge in these attacks.

A new report from Amnesty International reveals that this April was the deadliest month yet, with four Malawian albinos murdered, including one baby.

All in all, the report found that since 2014, 18 albinos have been killed, with another five kidnapped and still missing, and 69 total criminal cases with albino victims on the books. 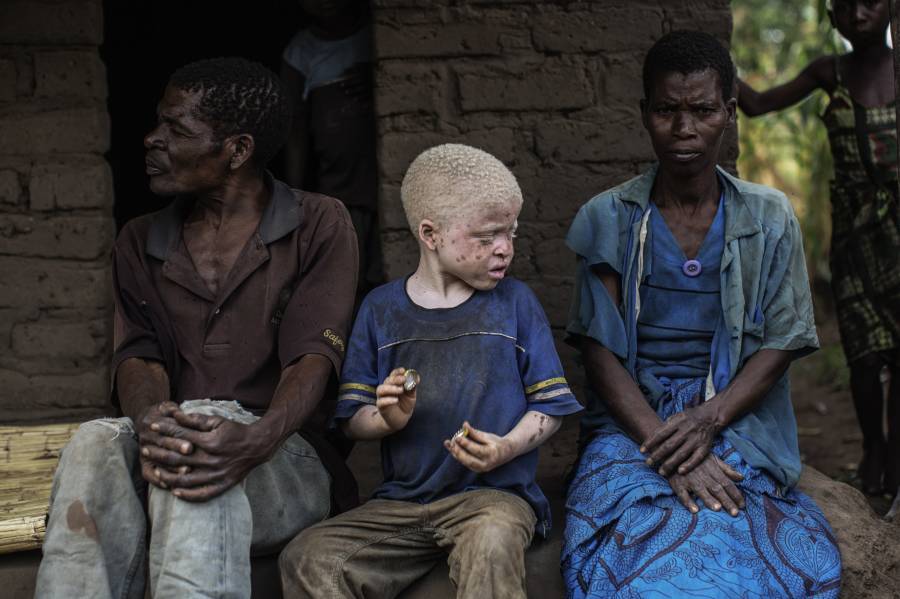 GIANLUIGI GUERCIA/AFP/Getty Images An albino child sits between his parents in the traditional authority area of Nkole, Machinga district, on April 17, 2015.

Most of these victims are killed so that their bones and/or internal organs can be either kept as tokens of good luck or, more likely, be sold to witchdoctors either in Malawi or some neighboring countries, including Mozambique.

One of this April’s victims has just such a story, a kind of story that’s now all too common.

Seventeen-year-old Davis Fletcher Machinjiri went out to watch a soccer game when he was attacked by four men who took him to Mozambique and killed him. Malawian police said that “the men chopped off both his arms and legs and removed bones. They then buried the rest of his body in a shallow grave.”

With so many albinos like Machinjiri brutally killed, Amnesty International writes that “Malawi’s 7,000 to 10,000 people with albinism live in fear of losing their lives to criminal gangs who, in some instances, include close family members.”

In addition to the fear of losing their lives, albino women also face the threat of rape as a result of local beliefs that having sex with a person with albinism will cure HIV/AIDS. 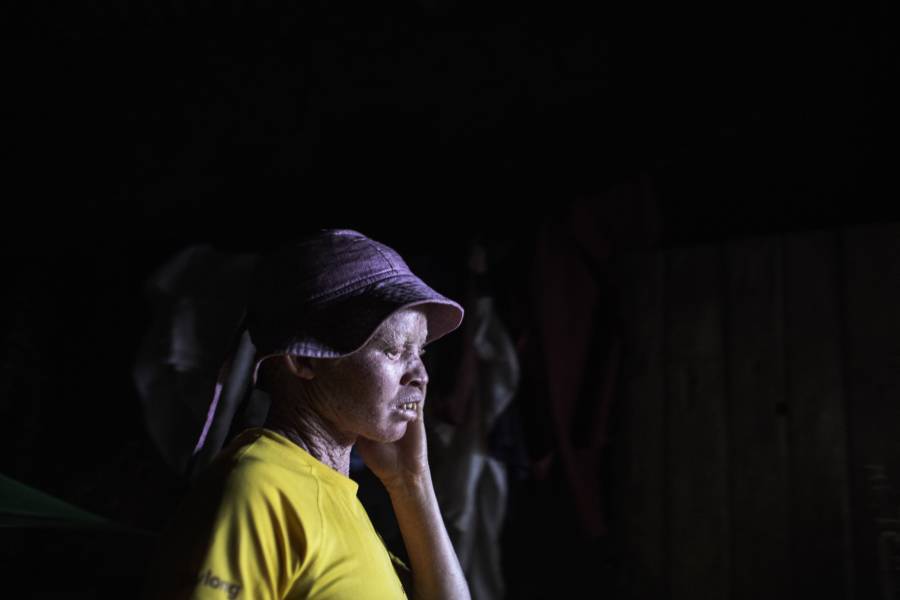 In response to the tide of rape and murder, Malawi’s government has condemned the attacks, appointed a special legal counsel, and created a “National Response Plan,” but the new Amnesty International report claims that these measures have failed, particularly because punishments are not severe enough to deter future offenders.

Furthermore, the report suggests that Malawi’s widespread poverty is largely responsible for the crimes committed against albinos, with attackers believing they can make large sums of money by selling albino body parts. 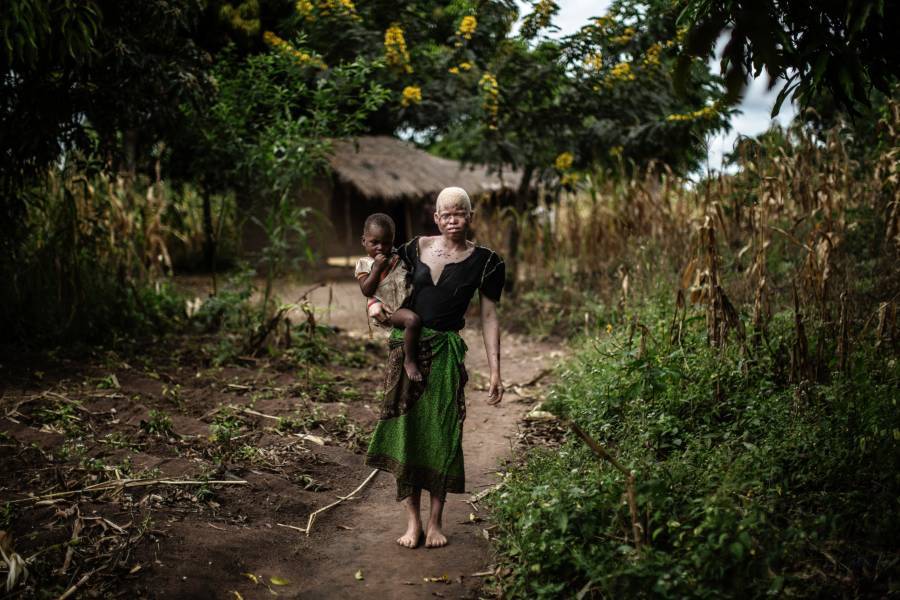 Mainasi Issa, a 23-year-old Malawian albino woman, carries her two-year-old daughter Djiamila Jafali as she poses outside her hut in the traditional authority area of Nkole, Machinga district, on April 17, 2015. GIANLUIGI GUERCIA/AFP/Getty Images

But whatever the underlying reasons for the attacks, Malawi’s albinos are so victimized that the population is now facing extinction. A United Nations report from April states that if nothing is done to prevent these crimes, the group may disappear forever.

Next, read up on the difficulties faced by albino animals around the world.