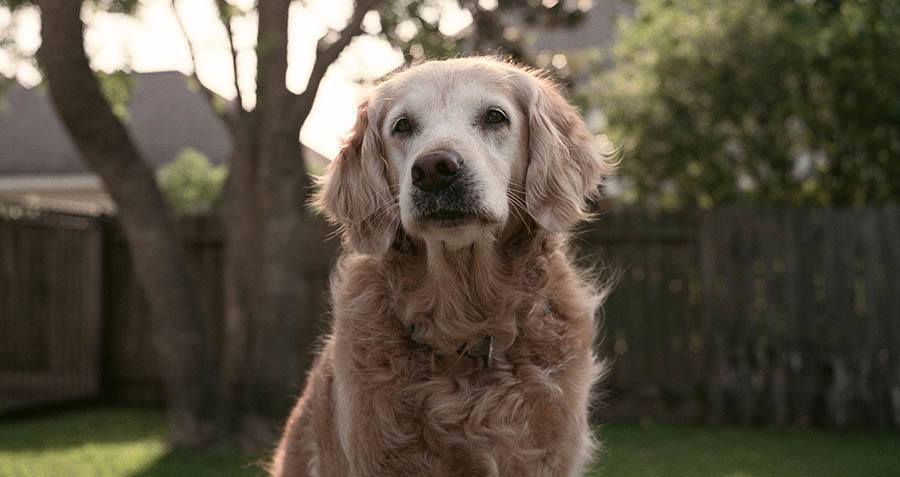 As CNN reported, “firefighters at the Cy-Fair Fire Department in Harris County, Texas, lined the path up to the Fairfield Animal Hospital, as her owner, Denise Corliss, walked her in to be put to sleep.”

Bretagne’s last assignments had been with that local fire department, but she was best known for her participation in the search and rescue missions at Ground Zero in the wake of September 11th.

Then quite young and fresh out of training, Bretagne worked 12 hours a day for two weeks straight to help find any survivors amid the rubble. In addition to searching the wreckage, Bretagne became an impromptu therapy dog, providing comfort for the other workers on-site.

“Dogs can be so comforting, so it makes sense to me now,” Corliss said. “I just didn’t anticipate that, then.”

And surely neither Corliss nor Bretagne anticipated that just four years later, they would be involved in another great American disaster: Hurricane Katrina. Just after that, Bretagne worked in the aftermath of Hurricane Rita, which also battered the Gulf of Mexico.

Following other assorted assignments, Bretagne retired as a rescue dog at age nine, at which point she became a goodwill ambassador and reading assistance dog with the Cy-Fair Fire Department.

“Each week she would visit a first grade classroom and listen to young readers, providing a non-judgmental ear and soft paw,” the fire department wrote. “She also visited students with special needs, such as autism. Her calm demeanor and warm heart helped the young and old through their own difficult moments.”

Bretagne’s days of service ended for good a few weeks ago as her health began to fail. When the time finally came to put her down on Monday, Cy-Fair firefighters lined the sidewalk of the Fairfield Animal Hospital as Corliss took Bretange in.

Shortly after, Bretagne was given a hero’s farewell, her body carried out of the hospital draped in an American flag.

See video of Bretagne’s 2015 trip to New York City to be honored for her efforts in the aftermath of September 11th:

Next, meet Sergeant Stubby, World War I’s most decorated dog soldier. Then, meet Diesel, the French police dog who died during a raid on suspects involved in last year’s terrorist attacks in Paris.