Alexandra Tyutcheva posed with a 550-pound bear she shot to death — before skinning it and posting the photo on Instagram. 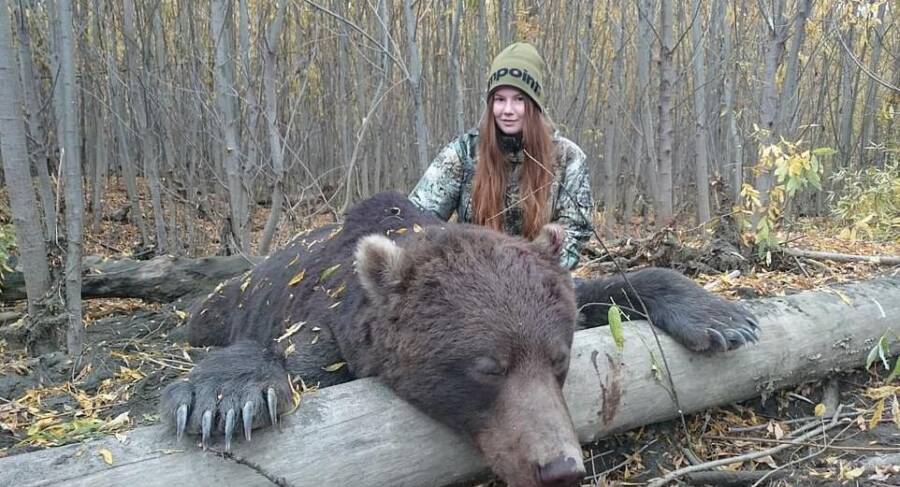 InstagramTyutcheva proudly poses with her kills, such as this 550-pound Kamchatka brown bear.

A Russian trophy hunter has posted countless photos of herself posing with dead bears she shot, and even boasted about her penchant for skinning them. According to The Sun, Alexandra Tyutcheva even killed deer and rams, and has received a flurry of online hate for it.

In her defense, however, the 23-year-old argued that hunting certain animals can be a vital method of protecting other populations in danger drastic reductions. According to Daily Mail, Tyutcheva has even settled on the subject for her bachelor’s degree thesis.

However, the imagery posted on her Instagram account doesn’t lend itself to nuanced discussion. Instead, the huntress has largely received everything from vitriolic remarks to death threats — and called her infuriated critics “uneducated hypocrites.” All this outrage essentially begs the question:

Is Alexandra Tyutcheva a bloodthirsty trophy hunter — or a misunderstood conservationist? 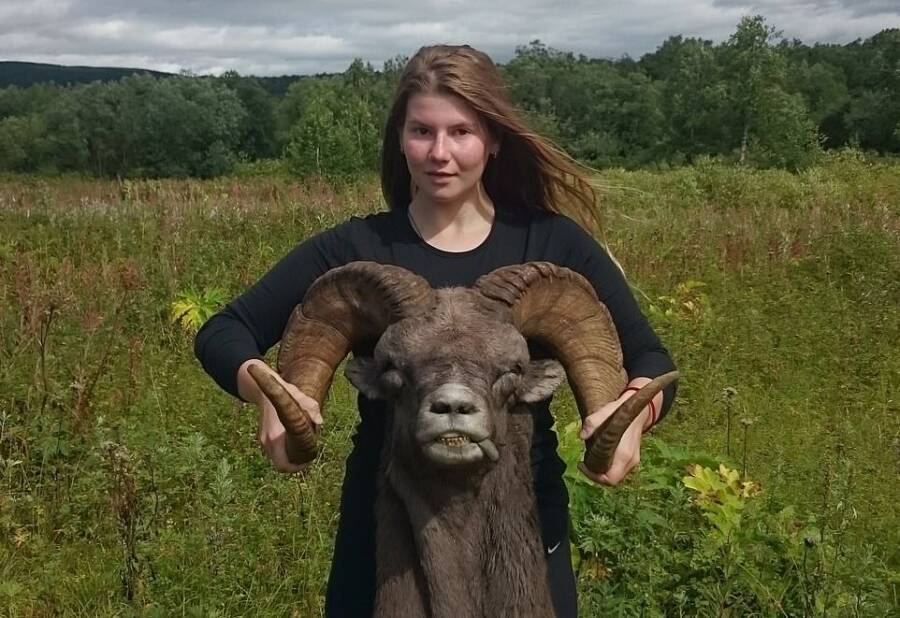 InstagramImages such as these have led social media users to call for Tyutcheva’s death.

Tyutcheva has traveled up to 300 miles to hunt deer, bears, and rams with her father since she was 18 years old. The hunting manager from Serpukhov, Russia explained that “hunting is part of who I am now.”

While comments sent her way labeled her a “cruel killer,” and one wishing that “it was you lying there instead of the bear,” Tyutcheva maintains that her brand of hunting is not only a natural human sport — but one that ensures the conservation of sustainable animal populations.

“There are many people that don’t understand and throw hate at you whilst having zero knowledge on the topic,” she explained. 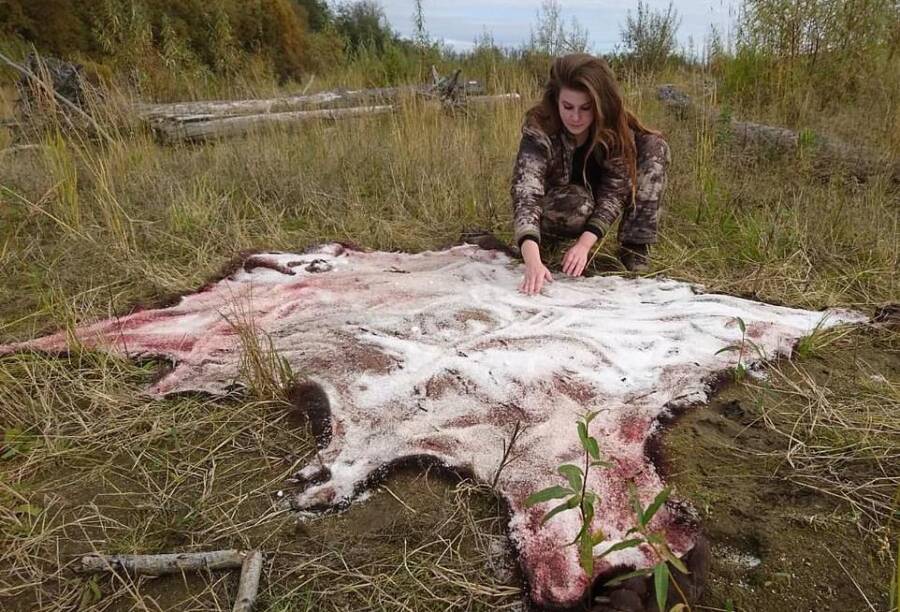 InstagramWhile critics lambast her for killing innocent animals, Tyutcheva argues her hunts are ethical and aim to sustain certain populations.

While Tyutcheva’s mother and sisters have stayed clear of her supposed recreational activity, she and her father have been fishing and camping since she was 12 years old. The flood of hateful remarks only began once the girl became a woman — and her targets became land animals.

“It’s hypocritical to eat meat and then also criticize people who work hard to provide their own meat for themselves,” she said. “On Instagram, I share links to articles that educate people about sustainable and conservation hunting.” 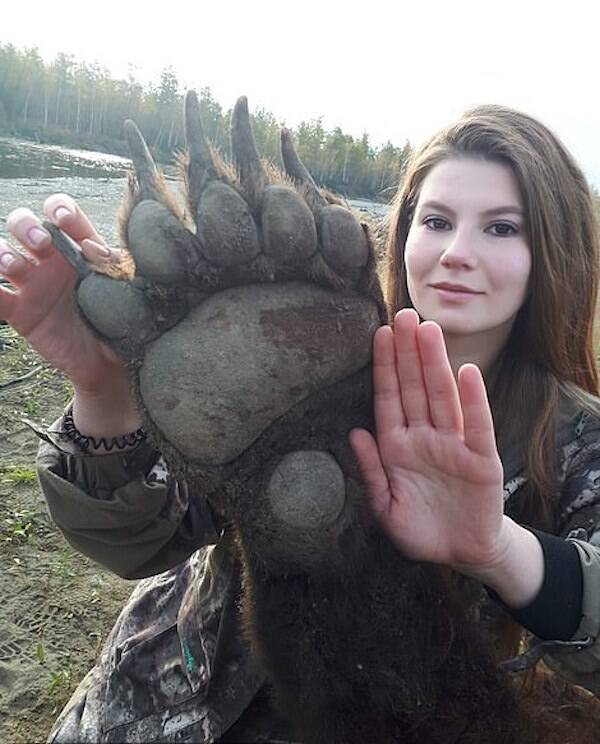 InstagramTyutcheva called her critics “uneducated hypocrites” who eat meat but don’t acquire it themselves.

Tyutcheva claimed that no part of the animals she kills goes to waste. From drying out the skin to use as clothing or carpeting to eating and storing every bit of meat — the ethos of her hunting certainly appears less callous than that of other big game trophy hunters.

The huntress said that properly managed hunting “can increase the number of elephants in Africa by thousands or bighorn sheep in the U.S.,” and that it can have a tremendous effect on ecology. On the other hand, Tyutcheva also boils the horns and antlers of her kills, for taxidermy purposes. 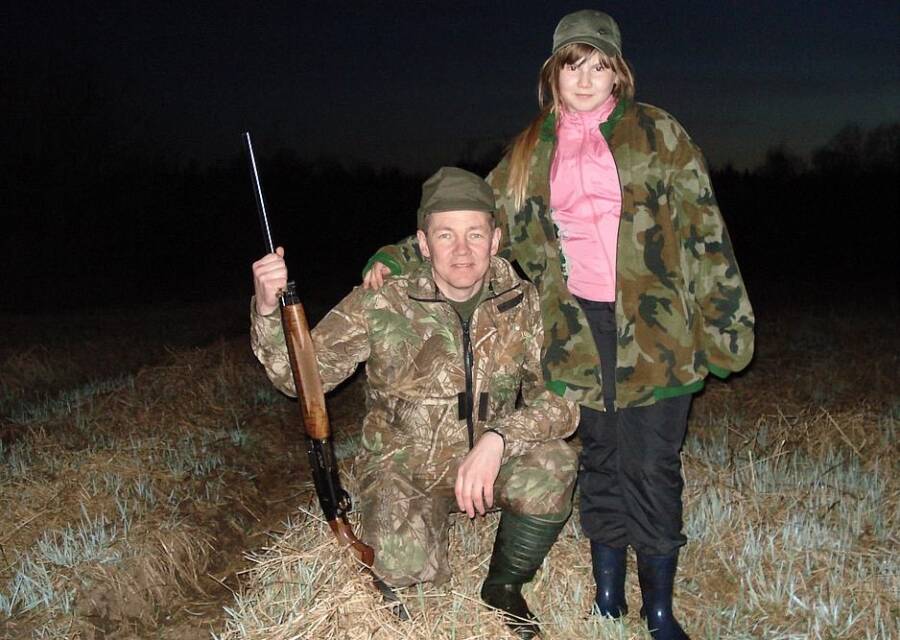 InstagramTyutcheva has been fishing and camping with her father since she was 12, and began hunting at 18.

Her biggest kill was a Kamchatka brown bear, which Tyutcheva estimated weighed around 550 pounds. Ultimately, the huntress sees this all as a “hobby, job, and philosophy.” Besides the purported conservation she assists in, hunting also takes her out of the hustle and bustle of Russian city life.

“I love the strong connection I have to nature and the understanding of how things work in life,” she said. “You challenge yourself in harsh conditions — storms, rain, and snow — but that’s just nature. You become more patient with experience.” 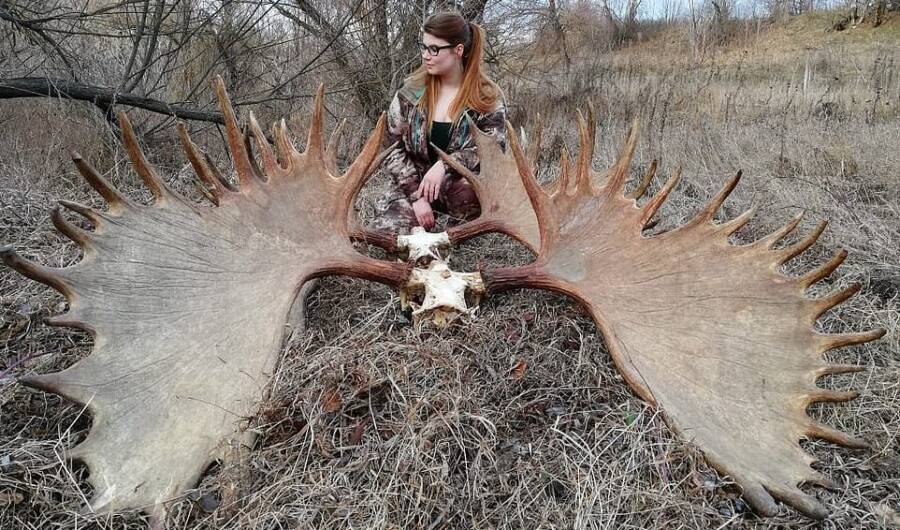 InstagramThe Russian huntress claimed no animal part goes to waste, from eating the meat and using the fur to cooking and boiling the antlers for taxidermy.

Some are convinced she is just another trophy hunter who hunts “likes” by murdering animals. Others, like Tyutcheva herself, believe moral hunting not only bonds one to the natural world, but helps vital parts of it thrive. She’s since urged her peers not to hide their passion or apologize for it.

“As for other people, do not judge something you don’t understand,” she said. “Search for information and talk to people — try to learn. Curiosity and self-education is important.”