A Kentucky hunter received backlash after she posted photos of her smiling over the black giraffe that she shot and killed. In a TV interview, she argued that she was contributing to conservation efforts. 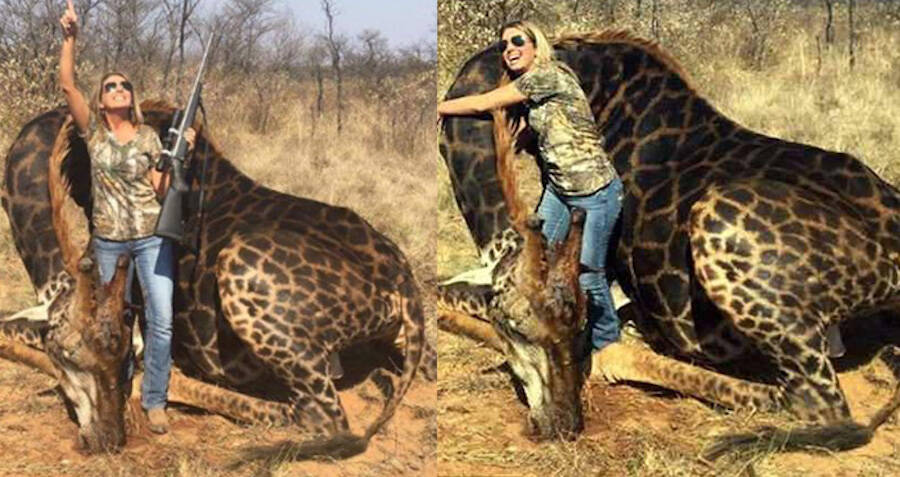 Tess Thompson Talley/FacebookTrophy hunter Tess Talley hugs the body of the dead black giraffe she killed and thanks the Lord during a hunt in South Africa.

In 2018, South African news outlet Africland Post tweeted side-by-side photos of a woman posing with a dead black giraffe and a rifle in her left arm. The woman in question — who the Post described only as a “white American savage” — was Tess Thompson Talley, a hunter from Kentucky.

Talley said she had killed the giraffe in South Africa a year before her photos went viral on social media. She said she was “conservation hunting.”

The backlash was swift. Angry people sent her death threats, doxxed of her home, and tried to get her fired by contacting her employer. Now, Talley and her hobby have returned to the spotlight after a recent interview with CBS This Morning.

Tess Talley, who killed a black giraffe in South Africa in 2017, talks to CBS This Morning about her passion for trophy hunting.

In the interview, Talley showed the news crew around her home, showing off the custom-made gun case that she had made out of her black giraffe kill. “I have decorative pillows made out of him,” she added, “and everybody loves them.”

“He was delicious,” Talley said of the giraffe while donning a white fur coat. “He really was. Not only was he beautiful and majestic, but he was good. We all take pictures with our harvest. It’s what we do, it’s what we’ve always done. There’s nothing wrong with that.”

Of course, her renewed fame has spurred renewed public outrage.

“It’s a hobby, it’s something that I love to do. It’s conservation and this hunt in particular was a conservation hunt,” Talley said.

She argued that by hunting and killing these majestic animals, people like her are able to grasp a better appreciation for the animals.

“Everybody thinks that the easiest part is pulling the trigger. And it’s not,” Talley tried to explain. “That’s the hardest part. But you gain so much respect and so much appreciation for that animal because you know what that animal is going through. They are put here for us. We harvest them, we eat them.”

White american savage who is partly a neanderthal comes to Africa and shoot down a very rare black giraffe coutrsey of South Africa stupidity. Her name is Tess Thompson Talley. Please share pic.twitter.com/hSK93DOOaz

When one of the news anchors pointed out the disconnect between the compassion and conservation talking points that she had reiterated with the joy that she described when killing an animal, Talley doubled down.

“It’s tough, it’s a science, it’s really hard,” Talley said. “I’m not a conservationist, I’m a hunter so I do my part. Conservationists need us hunters.”

Talley is not the first hunter who has viewed themselves as a naturalist hero. Historical figures like Theodore Roosevelt, an avid hunter who killed more than 500 animals in the wilds of Africa, prided themselves on being conservationists.

As CNN reported, whether sport hunting is a real act of conservation remains hotly debated.

Local governments in places like Africa, where hunters with an appetite for exotic animals typically go, will allow hunters to kill specific animals — usually old beasts that are too old or are a threat to other animals in its habitat — for a fee. A famous example is the dentist who killed Cecil the Lion after paying $50,000.

It does seem like a win-win for all sides: blood-thirsty hunters get their playtime and conservationists get money to continue their work to protect wildlife. In some cases, the legalization of trophy hunting has even motivated landowners to help populate their own land with popular game.

But many conservationists argue that those who are interested in preserving wildlife could do so without packing a rifle. Eco-tourism, for example, benefits conservation efforts without killing wild animals, 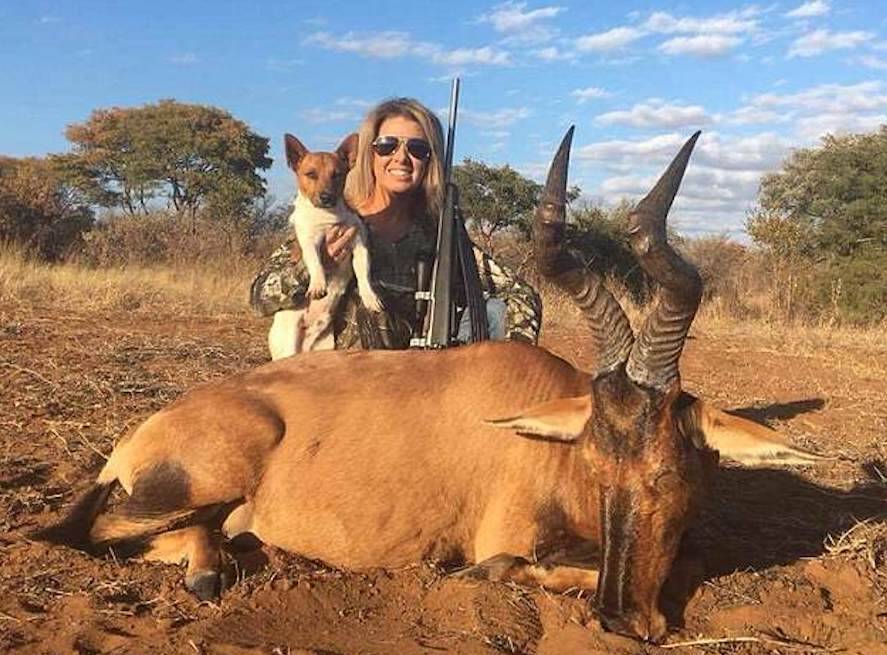 Tess Thompson Talley/FacebookTalley defended her game hunting, calling it “conservation.” She said that advocates needed hunters like her to protect the environment.

In fact, it’s been shown that communities make much more money through eco-tourism than they do through game hunting.

According to Huffington Post, tourism provided 6.4 percent of the Zimbabwe’s GDP in 2013, versus the paltry 0.2 percent that hunting provided.

“The idea that killing an animal is a way to sustain them? It’s a flawed argument and it will always jeopardize that animal,” said Humane Society President and CEO Kitty Block. “As long as [the animal’s] parts are valued to many, to some more than the living animal, we’ve put a price tag on that animal’s head.”

And while the contrasting notion of preservation through gaming sport has shown some value in the conservation of smaller species, bigger animals like lions, elephants, and giraffes have experienced dwindling numbers because of trophy hunting.

“I’m not against trophy hunting,” said lion biologist Craig Packer. “There’s got to be a middle ground.”

After reading about the American woman who made throw pillows out of a wild giraffe, learn about trophy hunter Mike Jines, received death threats for killing elephants. Then, read how polar bears are being skinned and beheaded by trophy hunters in Russia.