Alice's Adventures in Wonderland might be a whimsical tale, but the inspiration behind it was anything but. 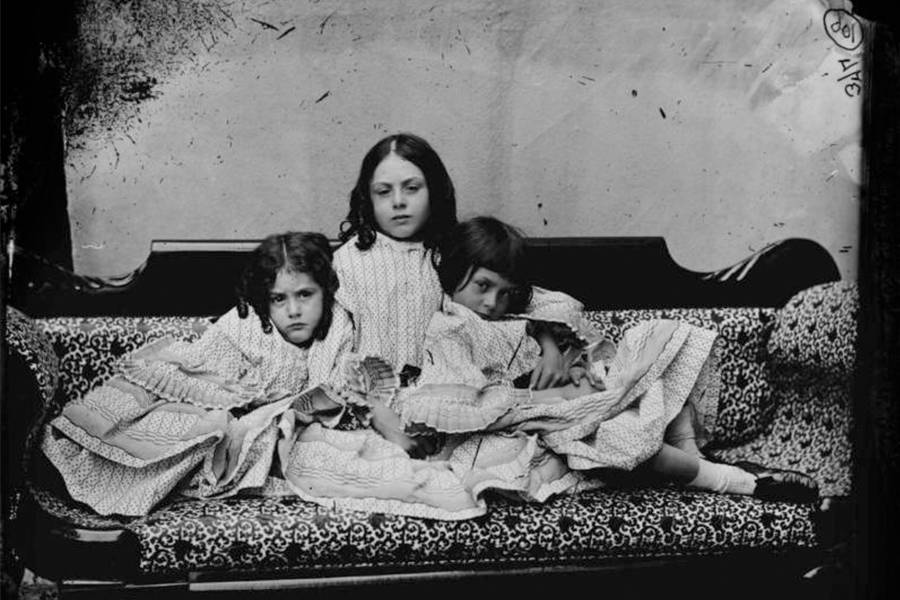 Lewis Carroll’s inspiration for Alice in Wonderland, Alice Liddell, was a 10-year-old girl and a friend of the author. But the real story of their relationship isn’t so much a fun, fantasy romp for children as a horror story full of dark, adult depravity.

On the surface, the story of how Alice in Wonderland came to be seemed as innocent as any.

Inspiration struck Lewis Carroll on a rowboat in 1858 in Oxford, England. He was traveling with Alice, Edith, and Lorina Liddell, three young daughters of a close friend, taking them out for a picnic. To amuse them and pass the time, he spun a story about a little girl who shared young Alice Liddell’s name.

Alice, who was only 10-years-old at the time, was enraptured by Carroll’s whimsical story and begged him to write it down for her. Carroll obliged. He wrote her the story, and, when he shared it with the children of his other friends, began to realize that he was holding what would one day become a literary classic.

It’s all sweet and innocent enough, except that to the Liddell girls, Lewis Carroll wasn’t just a doting family friend. His relationship with Alice was intimate in a way no relationship between a little girl and a grown man should be.

A Photographer of Children 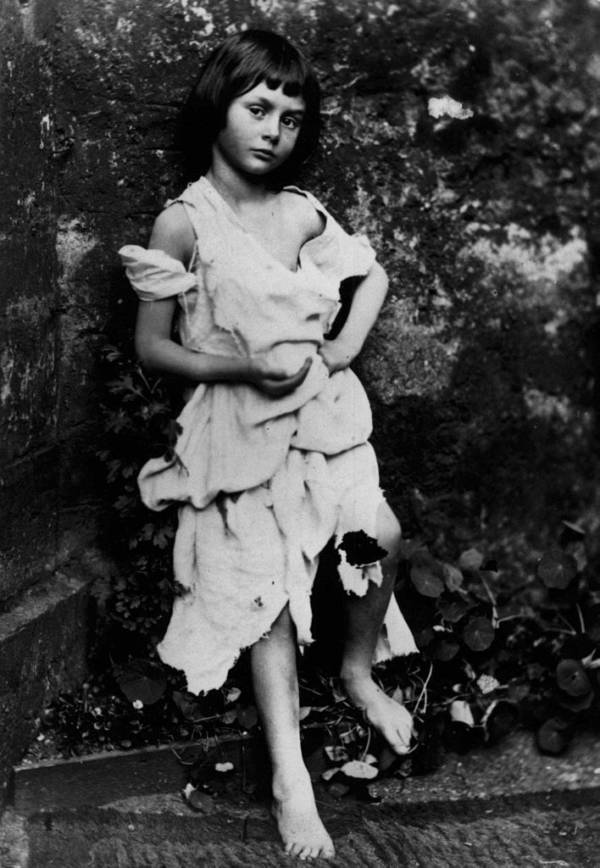 Wikimedia CommonsAlice Liddell dressed as a beggar girl in a photograph by Lewis Carroll. 1858.

Alice Liddell was only three-years-old when she met Lewis Carroll. Carroll, at the time, fancied himself a photographer, and after winning the Liddell family over as friends, he convinced them to let him take pictures of their little girls.

The Liddell family’s garden, Carroll told them, was hit by the sun with such a perfect light that he couldn’t imagine shooting anywhere else. And with such charming children, he couldn’t resist but to make them his subjects.

Alice’s parents went along with it, thrilled to have a gentleman photographer take such a keen interest in their family. They were, it seems, perfectly content to have Carroll, who was in his late 20s, photograph their young daughters.

But among the thousands of pictures Carroll took, there are some that would fill any parent with a sense of worry. In one, Alice Liddell was photographed with loose-fitting clothes slipping off of her shoulders. In others, there were drawings of young girls in the nude, lounging by the sea.

The most troubling picture of all, though, was one that Carroll kept hidden in his private collection until years after his death. It was a full-body photograph of Alice’s sister, Lorina, still too young to have gone through puberty, stripped completely naked. 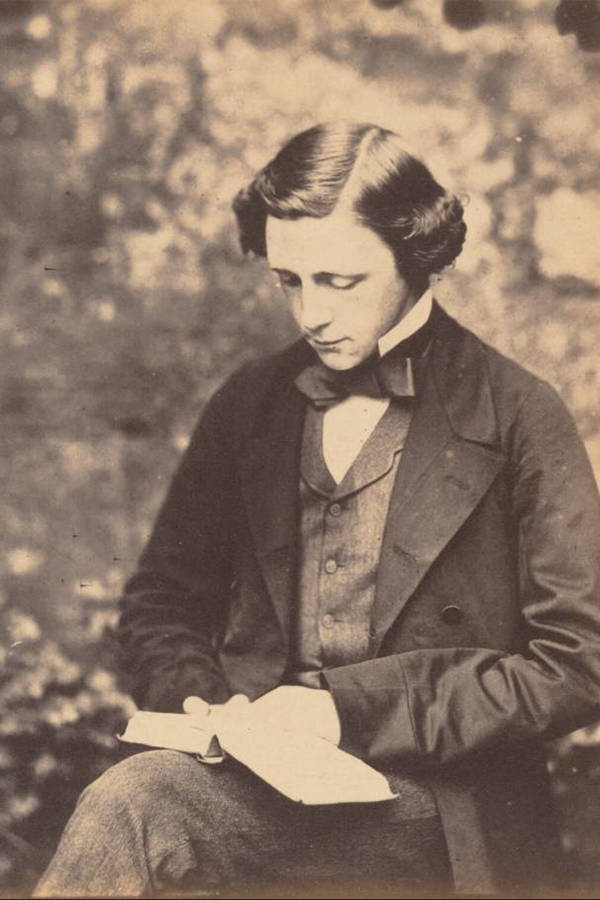 Throughout the time he knew Alice Liddell, Lewis Carroll kept a meticulous and detailed diary. Most of it still survives today — but the pages he filled between 1858 and 1862 when Alice was under 10 years old, have been torn out and destroyed.

Carroll’s relationship with the family fell apart during those years, and whatever it was that happened, Carroll was so upset – or perhaps ashamed – that he tore it out of his book.

The only record we have is a brief note from Carroll’s niece, who read a single one of the missing pages. “L.C. learns from Mrs. Liddell that he is supposed to be using the children as a means of paying court to the governess,” it reads. “He is also supposed soon to be courting Ina.”

“L.C.” is Lewis Carroll, and “Ina” is Alice’s elder sister Lorina, the young girl who posed naked for Carroll’s camera. We don’t know for sure if the Liddells knew about that picture, but apparently they didn’t mind the older man’s attention toward their little girl.

Lewis Carroll, though, wasn’t thrilled about the match. According to the Liddell family, Lewis had his eyes on a different Liddell girl: Alice, then eleven-years-old. He wanted his child-muse to become his child-bride, and the Liddels refused. 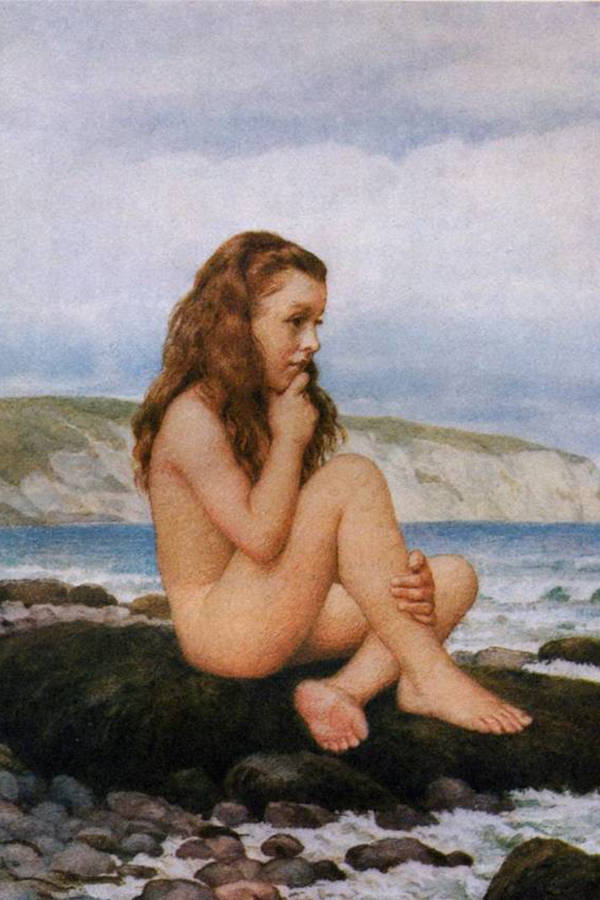 Wikimedia CommonsA painting of a seven-year-old girl named Beatrice Hatch by Lewis Carroll. In Carroll’s possessions, nude photographs of Hatch were found alongside of Lorina’s. 1873.

For six months, Carroll was forbidden from seeing the Liddell children. He worked hard to get back into their good graces and, in May 1864, managed to convince them to let him drop by for a visit. He wanted to take the girls out on the river once more, he told Mrs. Liddell, and to tell them stories like he had before.

Something, though, had changed. With Carroll’s pages torn out of his diary, we’ll never know for sure exactly what happened, but Mrs. Liddell’s opinion of him had been shaken. He would not now, she told him, nor ever again be trusted alone with her daughters.

Carroll would only see her a few more times, and always with her mother present. In time, Alice Liddell would marry a cricket-player named Reginald Hargreaves. She would later sell the first draft of Alice in Wonderland that Carroll gave her as a gift.

Lewis Carroll would never marry. He would write more than a dozen books, but not a one would be so filled with inspiration or share the success of the stories he wrote for his muse, a ten-year-old girl named Alice.

Next, learn about the dark sides of more of your favorite musicians and authors.