Michigan State University employee Joseph Hattey could face up to 15 years in prison if convicted of these "crimes against nature."

His arrest warrant said that he’d committed a crime against nature — and there’s really no way to disagree.

On June 21, Michigan State University Health Physicist Joseph Hattey appeared in court for a preliminary hearing regarding two bestiality charges he was accused of earlier in the month.

During the hearing, a witness, Maxx Rapp, testified that he met Hattey after posting an ad on Craigslist seeking to have sex with an animal.

During Rapp’s testimony, prosecutors asked the witness to show the court what Hattey did to the dog on a plush stuffed animal dog that they brought out.

Rapp testified the dog scurried away after Hattey grabbed it from behind and that Hattey said it wasn’t typical because he had “been training him to take it from behind.”

Rapp said he placed the ad online to fulfill a fantasy, but that was the first time he acted on it. He also said that he did not have sex with the dog, nor did he see Hattey have sex with it.

After hours of testimony, the preliminary exam ended but is scheduled to resume on July 5. It will determine whether or not the case goes to trial. 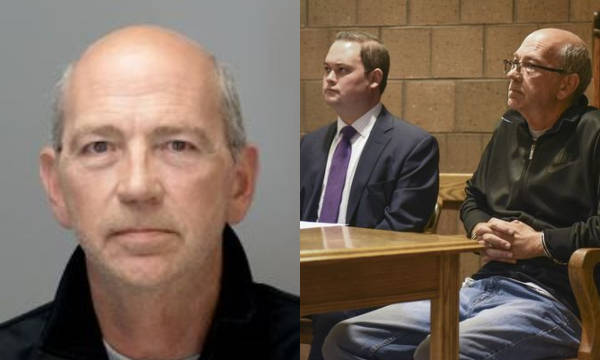 Hattey, a 51-year-old Holt, Mich. resident was accused of committing bestiality on a basset hound named Flash, and was arrested on June 4, reported the Lansing State Journal. He was charged with two counts of sodomy for allegedly penetrating the dog with both his hand and his penis.

According to the arrest warrant, the alleged incident happened at some point between Jan. 7 and March 8. The university became aware of reports of the abuse on April 17, at which point he was suspended from his work (which didn’t involve animals or children), according to university spokesperson Emily Guerrant.

That said, the exact timeline of the abuse as well as the identity of the dog’s owner wasn’t made clear.

As for Hattey, he was arraigned on June 4 and released on a $5,000 personal recognizance bond, meaning he only had to sign a written promise to appear in court and didn’t have to post any money.

Hattey pleaded not guilty and, at the time of the arrest Hattey’s attorney Alexander Rusek said Hattey “looks forward to addressing the fact of the matter during the preliminary examination,” adding that “these are merely allegations that have not been proven.”

But if convicted, Hattey could face up to 15 years in prison.

Hattey’s arrest comes in the wake of recent sex scandals that have rocked Michigan State University. In the first two months of 2018, Larry Nassar, a former M.S.U. and doctor for the U.S.A. Gymnastics national team, received a combined maximum sentence of 300 years for sexually abusing minors.

In March, the university’s former dean, William Strampel, was charged with two misdemeanor counts of willful neglect of duty due to his failure to properly oversee Nassar. In an unrelated case, Strampel was charged with a felony count of misconduct after four female students accused him of using his position of power to sexually harass, assault, and solicit nude photos of them.

Next, read about the couple that was arrested for creating a “sex chamber” where they could abuse their husky. Then, read about the Lousiana Senate’s recent vote to ban sex between humans and animals — by a margin of only 25 to 10.