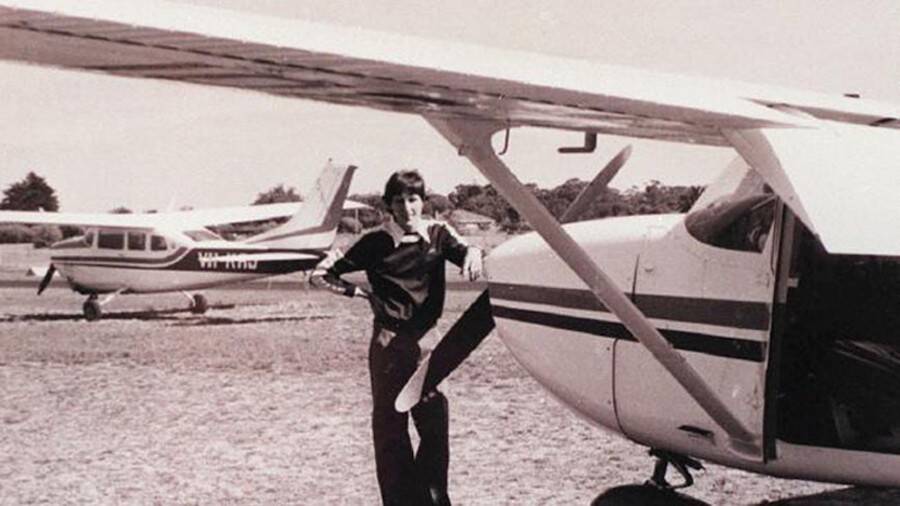 The Herald SunFrederick Valentich with his plane shortly before his 1978 disappearance.

On Oct. 21, 1978, Australian pilot Frederick Valentich disappeared into thin air. It was during a 125-nautical-mile training flight aboard his Cessna 182L, over the Bass Strait between Tasmania and the Australian mainland, that the confounding incident occurred.

It’s important to note that the 20-year-old, who was an enthusiast of alien stories and ufology, was a fairly experienced pilot. At 7:06 p.m. while at 4,500 feet, after departing Moorabbin to reach King Island, Valentich reported that an unidentified craft was following him.

Melbourne Flight Service insisted that there was no traffic near him, but the pilot was adamant a large vessel was on his tail. He explained that it had four bright lights, and suddenly passed 1,000 feet above him at remarkable speed.

“It is hovering and it’s not an aircraft,” were his final words. 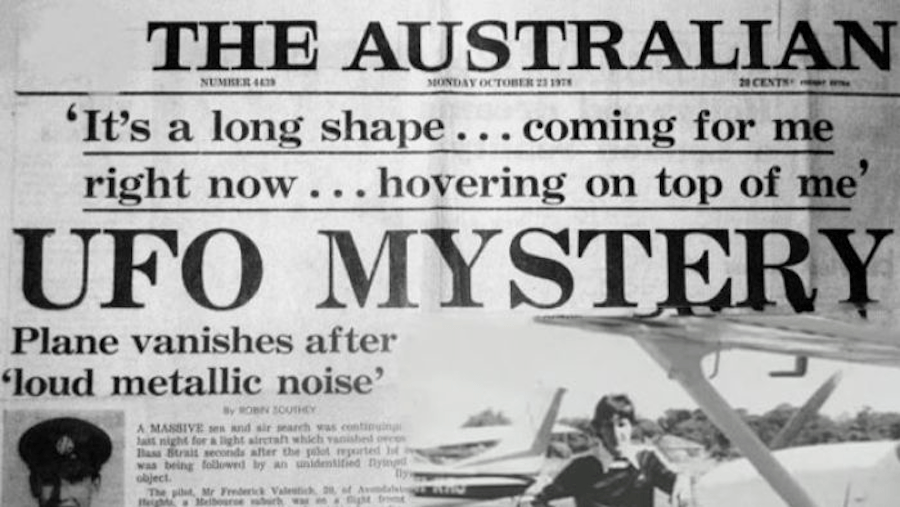 The last sound radio officials heard was a “metallic, scraping sound.” Authorities presumed he had crashed, but a later search of the area yielded nothing. Not even the Australian Department of Transport could find answers. In 2014, however, new claims came to light.

A UFO Action group in Victoria alleged that an unidentified farmer observed a UFO nearly 90 feet in length, hovering above his farm on the morning following Valentich’s disappearance. More importantly, the farmer purportedly claimed that the pilot’s plane was stuck to the UFO, leaking oil.

While the farmer said he scratched the airplane’s registration number on his tractor, he never came forward, claiming that the ridicule he’d received from his peers after telling them his tale had discouraged him. Unfortunately, the Victorian UFO group never managed to identify the man. For the UFO Action group’s lead investigator George Simpson, frustration abounds.

“It’s easy for some to dismiss, but there are corroborating stories confirming there was a UFO near Adelaide at the time,” he said. “This was an experienced pilot who should have been able to identify another aircraft but was clearly unable to.”

Ultimately, only a few possibilities regarding the disappearance of Frederick Valentich exist: that he crashed and his remains were never recovered, that he purposefully disappeared, or of course, that he was abducted by entities we don’t yet understand.