"If liquid water and a significant atmosphere were present on the early Moon for long periods of time, we think the lunar surface would have been at least transiently habitable." 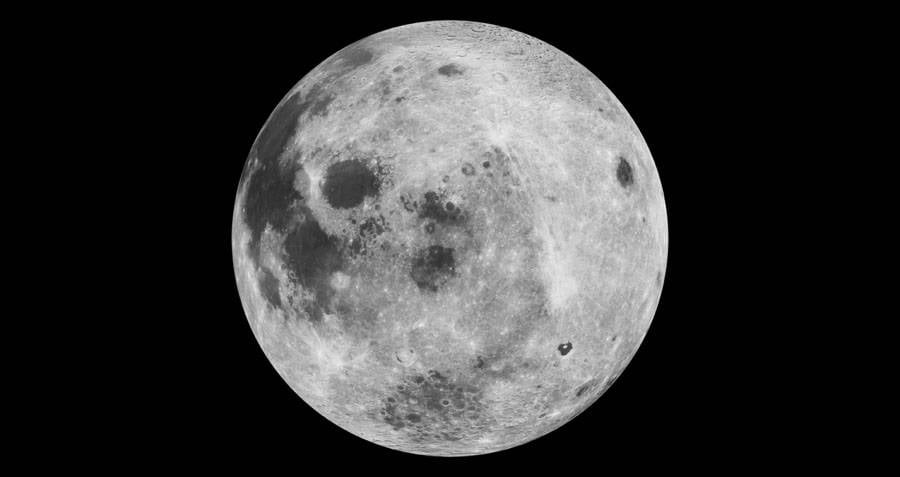 With no atmosphere and no liquid water, Earth’s Moon is an uninhabitable place today. However, a bold new report claims that there were two times in history when it’s likely that alien lifeforms did exist there.

According to a new report published in the journal Astrobiology on July 23, analysis of lunar material like rocks and soil suggests that the conditions on the surface of the Moon may have been able to support simple lifeforms shortly after the Moon formed around 4 billion years ago, and then during another period about 3.5 billion years ago, when there was a peak in lunar volcanic activity.

Scientists believe that during those two periods, the Moon was spewing out superheated gases from its interior. One such gas was water vapor, and the researchers suggest the possibility that the water vapor could have formed pools of liquid water on the Moon’s surface.

“If liquid water and a significant atmosphere were present on the early Moon for long periods of time, we think the lunar surface would have been at least transiently habitable,” said Dirk Schulze-Makuch, an astrobiologist at Washington State University and the study’s lead author.

The scientists came to this conclusion after studying samples of lunar rock and soil material showing that the Moon isn’t as dry as previously thought. They also drew on a space mission from 2010 during which an international team of scientists discovered hundreds of millions of metric tons of ice on the Moon.

Further evidence shows that the early Moon was protected by a magnetic field. If there were in fact lifeforms, this field could have done the job of protecting those lifeforms from deadly solar winds (a flow of charged particles streaming out of the Sun).

Additionally, the researchers theorized that when the solar system was first formed, meteorites may have blasted off the surface of the Earth and landed on the Moon (it’s likewise theorized that meteorites are what carried Earth’s first lifeforms to our planet). Microbes being carried by those meteorites could have lived off of the pools of water on the Moon’s surface once they arrived there.

“It looks very much like the Moon was habitable at this time,” said Schulze-Makuch. “There could have actually been microbes thriving in water pools on the Moon until the surface became dry and dead.”

But even if this happened and even if the Moon’s ancient environment could have made it possible for extraterrestrial life to exist, there’s still no direct evidence that it actually did. Nevertheless, the researchers believe that in future missions, samples from areas of the Moon that date back to the peak of its volcanic activity could further provide evidence of water or life on the Moon.

Next, read all about why fringe theorists think that the Moon landing was faked. Then, discover how humans first set foot on the Moon with these astounding facts about the Apollo 11 mission.