The Disappearance Of Alissa Turney, The Missing Teen Allegedly Killed By Her Stepfather

When 17-year-old Alissa Turney vanished in 2001, police thought that she'd run away to California — until they discovered that her stepfather Michael Turney had been obsessed with her for years. 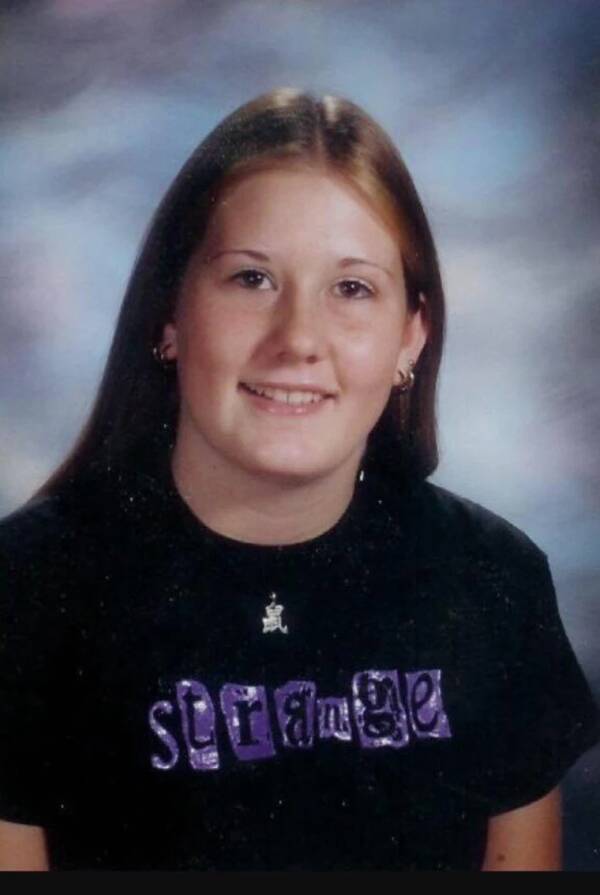 Maricopa County Attorney’s OfficeAlissa Turney was a junior in high school when she vanished in 2001.

Years after Alissa Turney’s disappearance on the last day of her junior year of high school in 2001, her sister Sarah wondered if she’d done more than simply run away from home as her father, Michael Turney, and the police believed.

When she vanished, her father showed Sarah a note purportedly written by Alissa saying she was going to California. The police found it credible and considered her another teenage runaway in Phoenix. But then, Sarah thought more about her dad.

Michael Turney had always kept an abnormally close eye on Alissa, his stepdaughter. He monitored her phone calls, set up home surveillance cameras, and even filmed her while she was at work. Suspicious that he had hurt Alissa, Sarah began to build a case against her own father on social media.

It soon became apparent that Alissa Turney had not merely disappeared. And in 2020, police charged Michael Turney with her murder.

The Strange Disappearance Of Alissa Turney

Born on April 3, 1984, Alissa Marie Turney lived an outwardly typical life. She had grown up in a blended family under the care of Michael Turney, her stepfather, who’d adopted her when her mother died from lung cancer.

By 2001, Alissa was a junior in high school. Her four older brothers had moved out of the house, and Alissa still lived at home with Michael and her little sister, Sarah. An average student, she had a boyfriend, a part-time job at Jack-In-The-Box, and dreams beyond her hometown of Phoenix, Arizona. 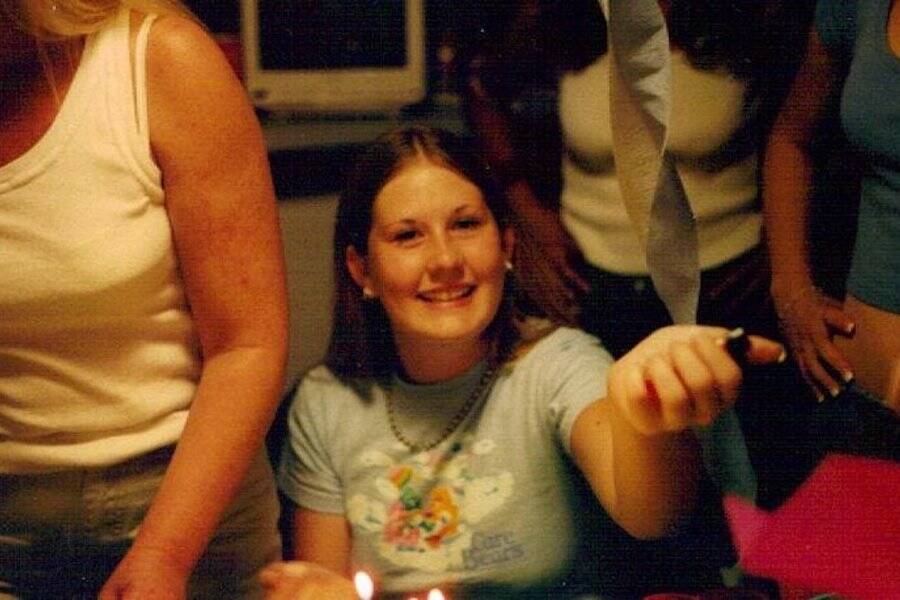 Sarah TurneyAlissa Turney turned 17 only a month before she disappeared.

But then, on May 17, 2001, the last day of the school year, Alissa Turney vanished. “On that day she poked her head into her boyfriend’s woodworking class at Paradise Valley High School and said her stepfather was taking her out of school early,” the Maricopa County Attorney’s Office later explained.

Michael acknowledged that he’d taken Alissa out of school that day. He claimed that he took her out to lunch to celebrate the end of her junior year but that he and Alissa had fought. In his telling, he returned her to the family home around 1 p.m., then left to run errands.

When he returned later with Sarah, Alissa Turney had vanished. Michael and Sarah found a note in her unusually messy bedroom that said she’d run away from home to live in California.

“Dad and Sarah, When you dropped me off at school today, I decided I really am going to California,” the note read. “Sarah, you said you really wanted me gone – now you have it. Dad, I took $300 from you. That’s why I saved my money.” 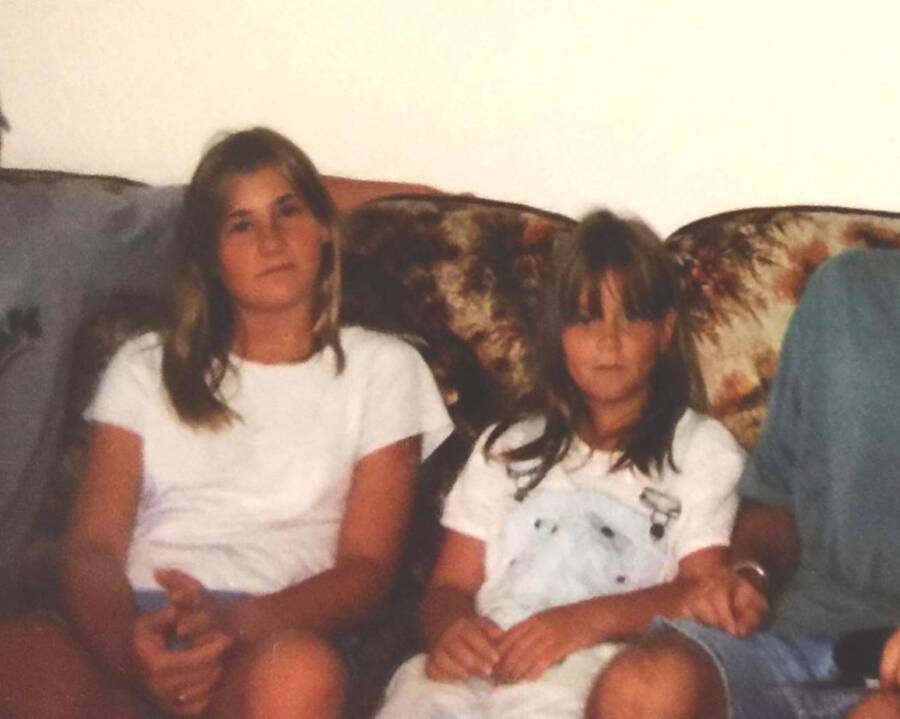 Sarah TurneyAlissa Turney and Sarah Turney. The sisters had a five year age difference but were close.

“I wasn’t worried,” she told People. “I was under the impression she was going to be back. I don’t think her being gone forever was anything that ever crossed my mind.”

To Dateline, Sarah added, “California was this beautiful dream that many people here wanted. She even wanted a white Jeep to drive around — just like Cher in the movie Clueless.”

To most, it looked like a clear case of a teenage runaway. The police determined that there’d been no foul play, and even Alissa’s stepbrother, John — who knew that Alissa was afraid of Michael — accepted that she’d likely fled the house after a fight with him.

“She told me she was afraid of our father and wanted to leave,” James told Dateline. “I told her she could come stay with me. And then when I found out she was missing, we 100 percent believed she had run away. She got away from him and that’s what she wanted.”

Oddly though, James added, “she never came to me. Or to her aunt’s house in California. She had so many options of places to go. But she just vanished.”

How Suspicion Fell On Michael Turney

For seven years, no one asked many more questions about Alissa Turney. But when a murderer named Thomas Hymer falsely confessed to killing Alissa in 2006, the police began to reconsider her disappearance.

The Phoenix Police Department Missing Persons Unit decided to reinvestigate Alissa Turney’s case in 2008 and interviewed 200 people who had known her. Before long, they discovered some alarming details about her stepfather, Michael. 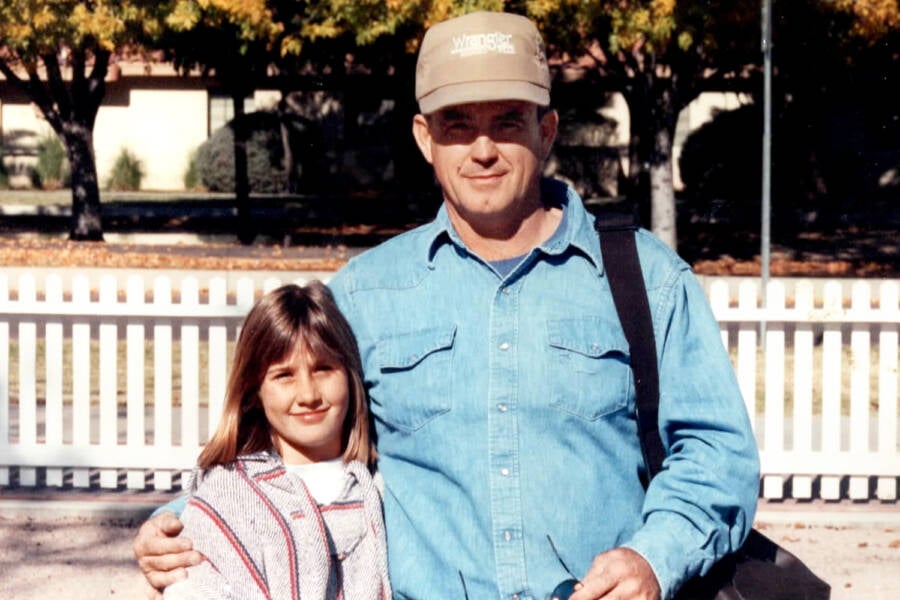 Sarah TurneyAlissa Turney and her stepfather, Michael Turney, in an undated family photograph.

“It finally forced them to look at my sister’s case,” Sarah explained to Dateline. “If you asked me then if I thought my father had any involvement, I would have said no. But over the years, he had so many renditions of what happened that day. Something wasn’t right.”

“Michael Turney has exhibited an apparent obsession with his stepdaughter, Alissa,” police noted in 2008. “He admitted to conducting surveillance on her at work, using binoculars to spy on her.”

In Sarah Turney’s telling, police asked her to come to police headquarters in December 2008. There, a detective told her, “We think your father did it. Your house is being raided… Also, your father probably molested your sister.”

The police raid uncovered hours and hours of “surveillance” footage that Michael had collected of Alissa using home cameras and contracts “signed” by Alissa saying Michael had never molested her.

But it also uncovered something else — 30 improvised explosive devices, 19 high-caliber assault rifles, two handmade silencers, and a 98-page manifesto entitled “Diary of a Madman Martyr.”

In the manifesto, Michael wrote of his desire to attack the International Brotherhood of Electrical Workers, whom he claimed had abducted and murdered Alissa. He subsequently went to prison in 2010 for possessing pipe bombs — not for Alissa Turney’s disappearance.

And Sarah Turney, frustrated and heartbroken, was told that the best way to keep her sister’s case alive was to build a following on social media. So she did.

Around the time Michael Turney left prison in 2017, Sarah made Facebook, Instagram, Twitter accounts dedicated to Alissa Turney. She even started a podcast called Voices for Justice about Alissa’s case. In April 2020, Sarah made a TikTok as well — and soon built a following in the hundreds of thousands. To date, she has over 1 million followers on TikTok alone.

“TikTok blew up like crazy,” Sarah told the Phoenix New Times. “It’s so incredibly embarrassing but so incredibly effective. I’m just trying to use those TikTok algorithms to spread the word. I take a popular concept or sound and try to apply it to Alissa’s case.” 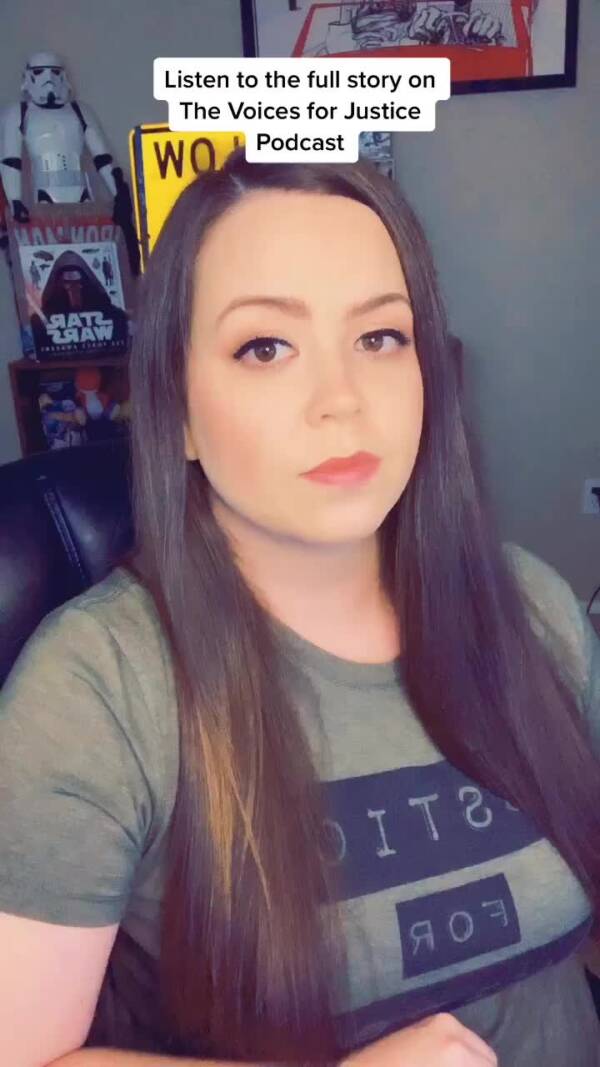 saraheturney/TikTokOne of Sarah Turney’s TikTok’s, where she discussed details of her sister’s disappearance.

Sarah danced to “The Sign” by Ace of Base in one video beneath text that reads, “When police say your only hope of getting your pedophile/domestic terrorist father tried for your sister’s murder is media exposure … but you have crippling social anxiety.”

And in one home video from 1997 that Sarah posted on TikTok in summer 2020, Alissa can be heard saying, “Sarah, dad’s a pervert.” In another TikTok, Sarah secretly recorded her father and asked him point-blank about Alissa Turney’s disappearance.

“Be there at my deathbed, Sarah, and I’ll give you all the honest answers you want to hear,” Michael Turney tells her in the clip.

When Sarah asks, “Why don’t you give them to me now?” Michael replies, “Because you’ve got ’em now.”

To the New York Times, Sarah explained, “That dark humor of TikTok really just lent itself to me. I feel like there was not another platform where I could be as expressive.”

She stopped speaking to her father and steadily built a social media following. Then, in 2020, the investigation into Alissa Turney’s disappearance took one final twist.

Inside The Alissa Turney Case Today 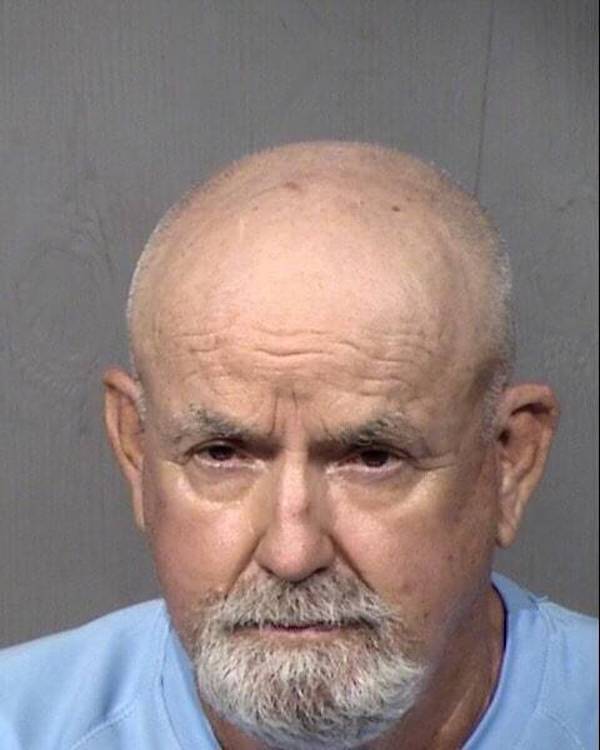 Maricopa County Attorney’s OfficeMichael Turney after his arrest in August 2020.

“I’m shaking and I’m crying,” Sarah Turney wrote on Twitter that evening. “We did it you guys. He’s been arrested. Omg 😭 thank you. #justiceforalissa Never give up hope that you can get justice. It took almost 20 years but we did it.”

“Sarah Turney, your perseverance and commitment to finding justice for your sister Alissa is a testament to the love of a sister,” Adel said.

“Because of that love, Alissa’s light has never gone out and she lives on in the stories and photos you’ve shared with the community. This passion you have demonstrated to her during your journey is something that will keep Alissa’s memory alive forever.”

Now, Sarah says that all she hopes is for a fair trial for Michael and Alissa Turney. And she plans to use her social media and podcast to raise awareness about other cold cases.

To People, Sarah said, “I feel this is my calling now.”

After reading about the disappearance of Alissa Turney, discover the strange case of Amy Lynn Bradley, who vanished from a cruise ship in 1998. Or, look into the eerie story of Brittanee Drexel, who disappeared while on spring break in South Carolina.