After a neighbor named John Favara accidentally ran over Frank Gotti, the middle son of Mafia boss John Gotti, the man vanished forever without a trace. 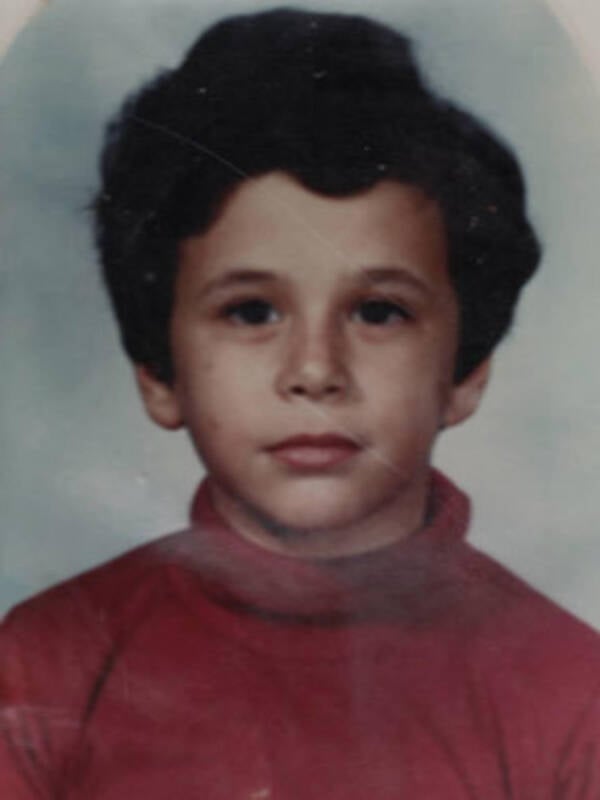 Gallery BooksFrank Gotti was hit by a car driven by John Favara and dragged down the street while pinned beneath it.

Young Frank Gotti had no idea what his father did for a living, and presumably didn’t care. The 12-year-old focused on the important things: sports, friends, and palling around in the neighborhood. Overjoyed at making the football team on March 18, 1980, John Gotti’s son ran outside to ride his bike — when he died in a horrific accident.

In the New York City neighborhood of Howard Beach in Queens, the child was struck by a speeding drunk driver. Neighbor John Favara had been so intoxicated that he didn’t even notice when he hit Gotti, nor when he kept driving for 200 feet as locals screamed for him to stop. Frank Gotti’s blood trailed down all of 87th Street.

At the time, John Gotti had recently established himself as one of New York’s most notorious mobsters. He had only just been released from prison in July 1977 and become a made man, a high-ranking inductee that neither civilians nor criminal adversaries dare touch without formal consent. Nonetheless, Favara apparently showed no remorse at hitting his son.

Favara drunkenly shouted about the boy’s recklessness and didn’t even clean his blood-spattered car in the days that followed. When Frank Gotti died, his father solemnly booked a trip to Florida for his grieving family — and that’s when John Favara disappeared forever. Nobody was ever charged in his death, but legend has it that he was dismembered with a chainsaw and dissolved in acid.

The Tragic Death Of Frank Gotti

Frank Gotti was born in New York City in 1968. It was the same year of his father’s first major arrest. The FBI had charged John Gotti with three cargo thefts and truck hijackings near John F. Kennedy Airport. Released from prison in 1972, he became acting capo of the Fatico crew when its titular leader was indicted. 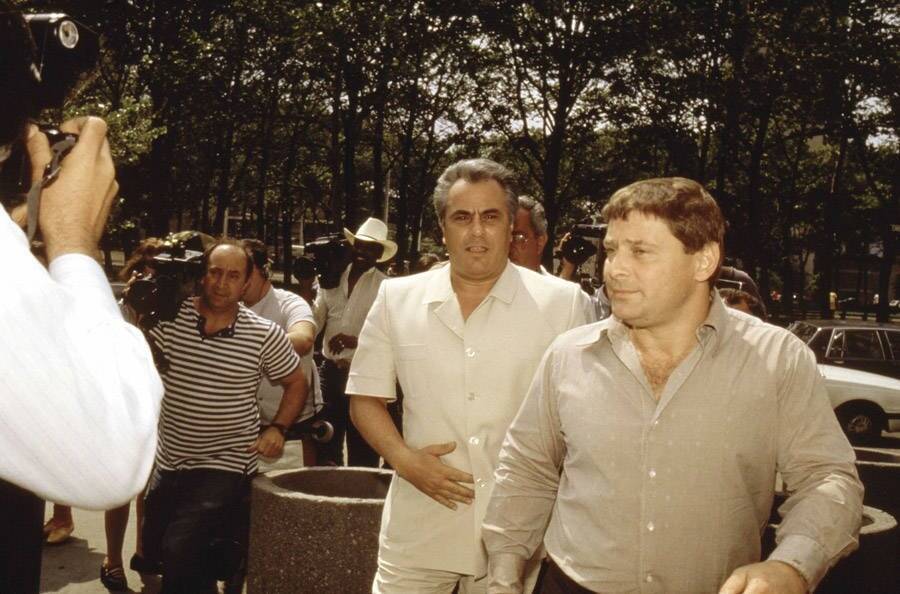 Getty ImagesJohn Gotti (center) at the Brooklyn Federal courthouse with Sammy “The Bull” Gravano in 1968.

The Fatico gang operated within the Gambino crime family, whose underboss Aniello Dellacroce took Gotti under his wing. Gotti became one of his biggest earners with loansharking, drug trafficking, and racketeering operations.

But no amount of money could make up for the loss he endured on March 18, 1980. It was a Tuesday, and Frank Gotti had made the football team at his school. He was so excited for practice the following day that he spent Tuesday afternoon playing with his friends outside.

Gotti had borrowed a dirt bike from a local boy named Kevin McMahon. Frank Gotti’s sister Victoria had seen him riding around after walking out of a McDonald’s and reminded Gotti to be home in time for dinner at 5 PM. She got home only for the phone to ring — and neighbor Marie Lucisano to tell her there’d been an accident.

Frank Gotti had been dragged down the entire block pinned beneath Favara’s car. Neighbors finally got him to stop in front of Lucisano’s house after shouting at him, banging on his windows, and even climbing on the hood of his car. Gotti’s sister and mother Victoria DiGiorgio ran over as Gotti was being taken away in an ambulance.

“What the f**k was he doing in the street?” Favara drunkenly shouted.

The Disappearance Of John Favara

When John Gotti heard the news, he rushed to meet his wife and daughter at the hospital. Victoria recalled her father saying he was afraid for “the first time in my whole life” while sitting in the waiting room. Doctors had waited for him to arrive in order to break the news: his son had died, and he had to identify the body. 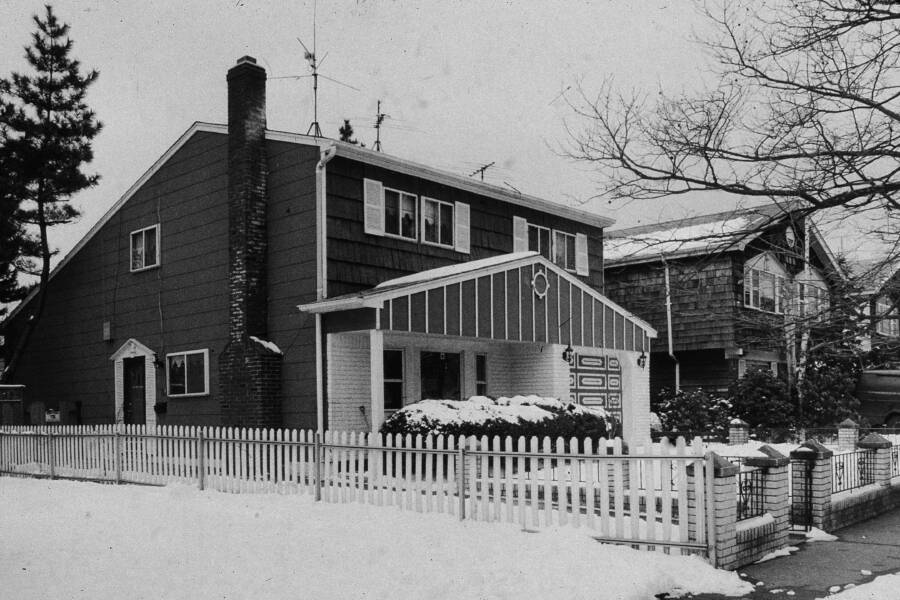 Victoria recalled him being emotionless and operating as if on autopilot. DiGiorgio was driven home and broke down crying in her son’s room. She then broke a mirror and tried to cut herself, and later tried once more to kill herself by swallowing a bunch of pills. John Gotti called a doctor who medicated her to sleep.

One day after Frank Gotti’s funeral, McMahon knocked at the family home to ask who would repay him for his broken bike. DiGiorgio heard raucous laughter and music emanating from Favara’s home one night. She grabbed a bat and ran over, when John Favara allegedly grinned at her. John Gotti arrived to silently bring her back home.

DiGiorgio returned after her husband fell asleep, however, and began destroying the blood-spattered car with her bat. Favara shouted at her about paying for the damages. On July 25, John Gotti and his wife flew to Florida under the guise of grieving in sunnier conditions — and Favara vanished on July 28.

Witnesses told the FBI that he was last seen being beaten and forced into a van. When the Gottis returned on August 4, agents visited to ask them some questions. They nervously comforted DiGiorgio and then took John Gotti outside to tell him Favara had gone missing — and asked if knew anything about this.

“Really?” Gotti asked. “I wish I could help you gentlemen, but I’m sorry. I know nothing about this.”

What Really Happened To John Favara After Frank Gotti’s Death

While the Gottis alleged Favara was drunk at the time of the crash, he was never charged. Authorities determined that Frank Gotti had ridden his bike into the street and that the driver had little chance to swerve. While John Gotti certainly had the motive to make Favara disappear, there was no body or evidence to prove he was even dead. 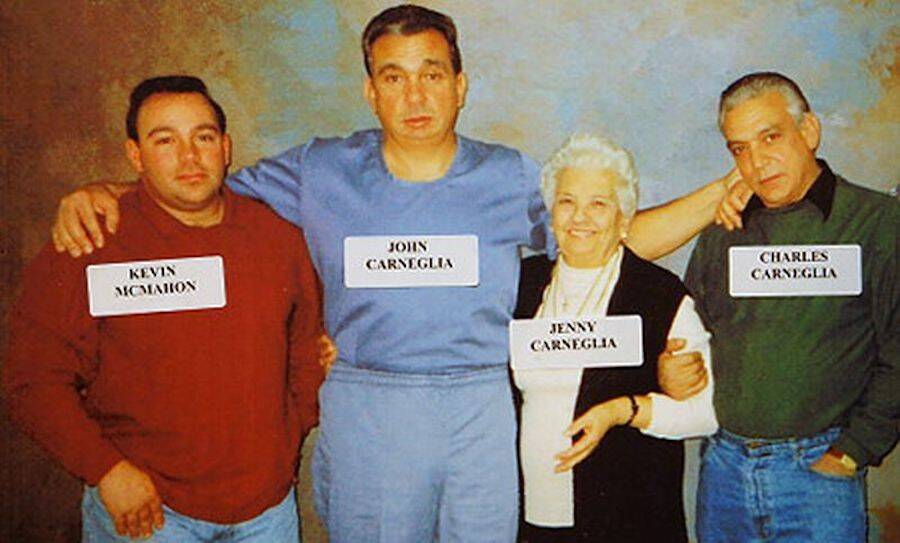 FBIKevin McMahon was one of the two informants Carneglia reportedly told about about John Favara’s murder.

“I don’t know what happened to him but I’m not sorry if something did,” said Victoria DiGiorgio. “He never sent me a card. He never apologized. He never even got his car fixed.”

For years, police and informants claimed John Favara had been killed and buried in the ocean. In 2009, some of these rumors started being substantiated during the trial of Charles Carneglia. Indicted on racketeering and murder charges in Brooklyn federal court, the Gambino soldier was accused of assisting in five homicides.

While Favara’s wasn’t one of them, prosecutors alleged he was involved in it to argue for a stiffer sentence. Carneglia had certainly told two informants that he dissolved Favara’s corpse in a barrel full of acid and said it was “the best method to avoid detection.” One of those informants was none other than McMahon.

“Let them prove it,” said Victoria Gotti. “They have a better shot at finding Jesus Christ’s bones.”

In the end, she was certainly right about that — as John Favara’s remains have never been found.

After learning about Frank Gotti and the subsequent disappearance of John Favara, read about bone-chilling mob killer Aniello Dellacroce. Then, learn about Paul Castellano and his murder by John Gotti.