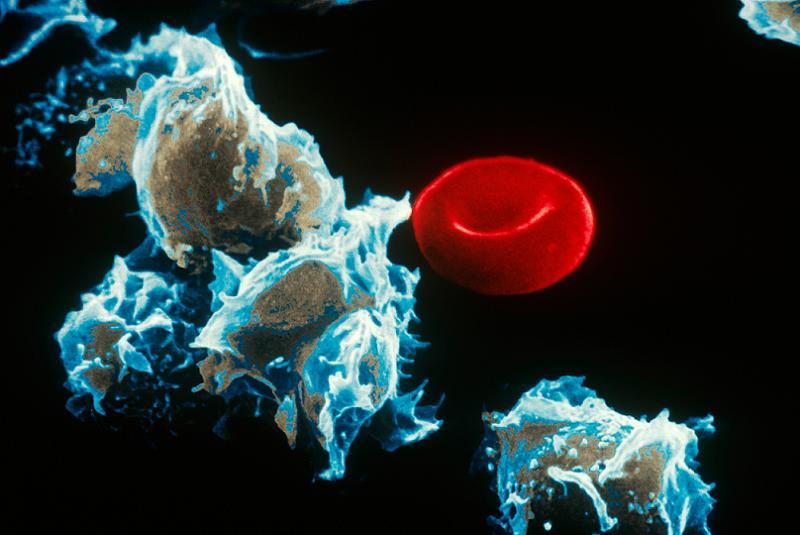 Leukemia is a perverse obscenity of a disease. Specializing in killing children, and Carl Sagan, leukemia savages the patient’s immune system and slowly tortures innocent people to death through multiple rounds of chemotherapy and bone marrow transplants. Each treatment is grueling, expensive as all hell, and unlikely to work over the long term. All this makes “leukemia” one of the scariest words in the English language, and definitely the last one you want to hear from your doctor.

A big part of the problem is that leukemia, unlike skin cancer, doesn’t form discreet lumps and tumors that can be directly attacked. Instead, it makes your white blood cells all screwy (technical term) and kills off your immune system. There’s really nothing to grab hold of when you’re fighting leukemia, so treatments have to be broad. Wouldn’t it be nice if we could develop some treatment that entered the body, sniffed out the malignant cells, killed the crap out of them all, and left you with a new lease on life? 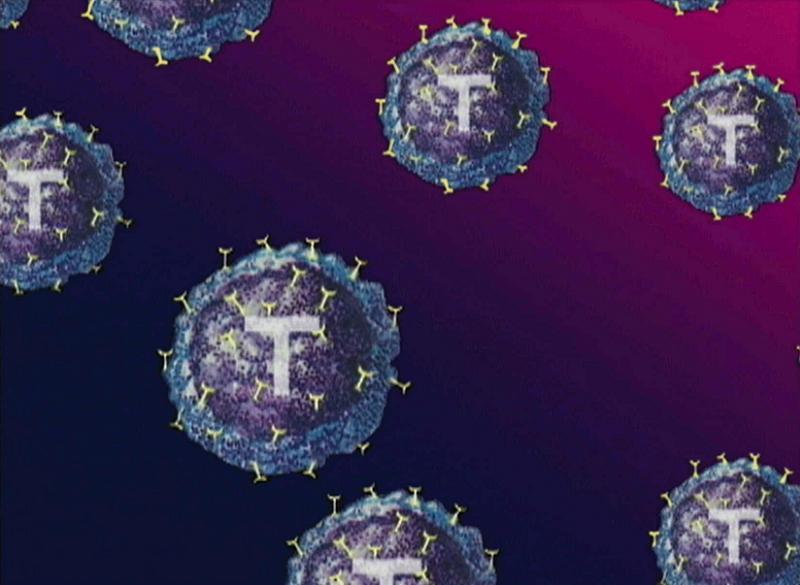 Scientists are on it.

Before going into details about the various miracles leukemia researchers have been performing, we have to make it clear that this is a super-new treatment, and that virtually everything we know comes from a pilot study, which is a lot like a proof-of-concept, but nothing like the double-blind controls needed to say for sure that a treatment works. With that disclaimer out of the way, here’s how researchers totally kicked leukemia’s ass and looked good doing it:

First, researchers at Seattle’s Fred Hutchinson Cancer Research Center took donor T-cells and exposed them to an antigen that’s pretty common in leukemic cells. Think of this like giving an attack dog a quick sniff of the target’s handkerchief. Then, when the T-cells were good and mad, they were cloned over and over to create a small army of hunter-killers that had been given a taste of blood.

The cloned cells were then injected into 11 patients who were way, way beyond help with their leukemia. To be included in the study, patients had to have relapsed after failed attempts at bone marrow transplants, and they couldn’t be candidates for another transplant.

In other words, the 11 people in the study had to be actively playing chess with the Grim Reaper in their hospital beds when they signed the consent forms. Seven patients were given the basic treatment, while four others got T-cells that had been given extra conditioning specific to their brand of leukemia.

Of the seven who got the basic treatment, two showed an immediate response, though none entered remission. Of the four who got the expanded treatment, all goddamn four of them entered remission, with one recovering completely! Remember – these people were being told to kiss their families goodbye and find a religion they like, because they weren’t making it to next Christmas. In the event, all four patients made it 30 months without relapse and without additional treatment, and exactly none of them suffered from host rejection, which is a depressingly common complication of bone marrow transplants.

Again – control your optimism. The numbers here were tiny, this was a proof-of-concept test, actual trials are needed before we get our hopes up about four-year-old kids with leukemia living to adulthood, but still . . . Nice work, science.