Researchers think the organization of the villages also resembles the face of a clock or the rays of the sun. 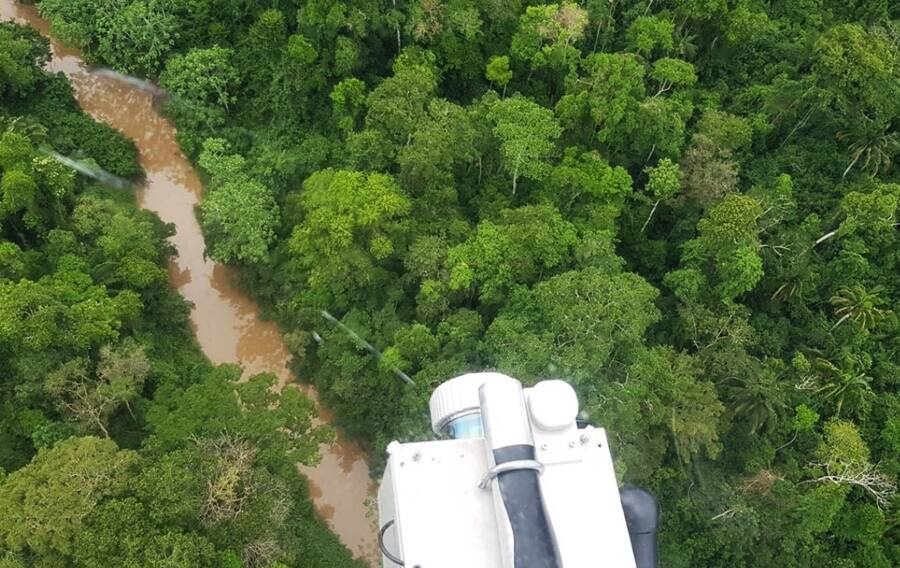 In a new study on the pre-Columbian era of the Amazon, scientists have found a network of 35 villages that appeared to be arranged like the constellations. Researchers believe the organization of these towns was based on a specific social model, which itself could have been based on the cosmos.

According to Live Science, from a bird’s eye view, the lines of each village formed elongated mounds that circled a central plaza. These villages, dubbed “mound villages,” were engineered by builders who manipulated the soil as early as the 14th century.

In fact, researchers believe that the whole southern rim of the rainforest was once host to a variety of soil-engineering cultures that sculpted the landscape into villages before the Europeans arrived. This, however, is the first time such mound villages have been found in the Brazilian state of Acre.

Researchers found 25 circular and 11 rectangular mound villages. Another 15 mound villages were so poorly preserved, unfortunately, that they could not be categorized as either shape. 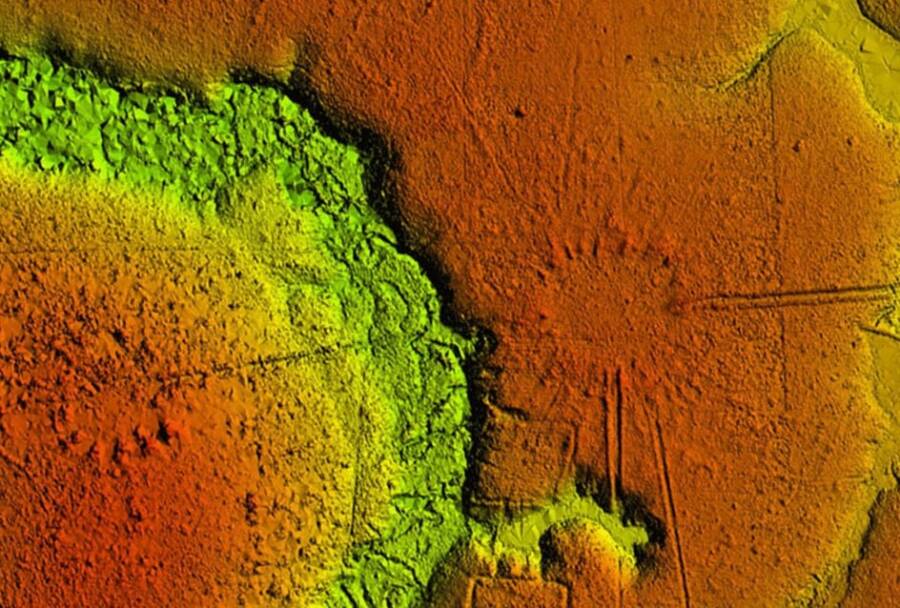 University of ExeterLIDAR scan of the territory shows the many “mound villages” beneath the Earth.

According to the study, which was published in the Journal of Computer Applications in Archaeology, “These latter elongated mounds, when seen from above, look like the rays of the sun, which gives them the common name of ‘Sóis,’ the Portuguese word for ‘suns.'”

Some villages were arranged in circles with an average diameter of 282 feet. Others formed rectangles with an average length of 148 feet. Roads crossed through the towns, including two “principal roads” that measured 20 feet across that formed into high banks. These larger roads spread outward from each village toward neighboring settlements, linking them all into a cluster.

To get an accurate blueprint of the settlements, which have been buried underground for centuries, the team used Light Detection and Ranging or LIDAR technology, which maps the area as it appears below the Amazon’s thick canopy of trees. The researchers attached a LIDAR sensor to a helicopter that then flew over the Amazonian rainforest in the Acre state region of Brazil.

“Lidar provides a new opportunity to locate and document earthen sites in forested parts of Amazonia characterized by dense vegetation,” said lead author Jose Iriarte from the University of Exeter. “It can also document the smallest surficial earthen features in the recently opened pasture areas.”

The study authors suggest that the intentional connectivity between the villages was dictated by the social structure that existed between their communities. It’s unclear what specific model these villages were based upon, but it could be meant to resemble the arrangement of the stars as they saw them, which held important meaning to early Native Amazonians.

Iriarte et alThe southern rim of the Amazon rainforest is believed to have been home to a variety of soil-engineering cultures.

The cosmos model is just a theory and could possibly lead researchers to a never-before-known aspect of these past Amazonian cultures. But the architecture of these towns was nothing new to researchers.

Historical descriptions of road networks deep in the Amazon have appeared as early as the 16th century. Around that time, Friar Gaspar de Carvajal, who was part of the Spanish Dominican missionary, witnessed wide roads that connected the outer villages to the center of the village network.

In the 18th century, Colonel Antonio Pires de Campos described a vast population of Indigenous peoples who inhabited the region, living in “villages connected by straight, wide roads that were constantly kept clean.”

Previously, archaeologists focused their studies on excavating single mounds found in the territory, but no research has ever examined the pattern of these mounds as an interconnected whole. The study’s findings can help researchers to better understand how these villages were structured at a regional level.

More advanced archaeological studies have been realized thanks to innovative technology like LIDAR in recent years. Now, scientists all over the world are able to dig a little deeper into the past.

Next, see how archaeologists used LIDAR technology to uncover more than 61,000 Ancient Mayan structures hidden beneath the Guatemalan jungle. Then learn about the lost capital of Cambodia’s Khmer Empire that was revealed using the same scanning technology.