The woman's strong bones, muscular frame, and numerous battle wounds suggest she was a trained warrior with a violent past. 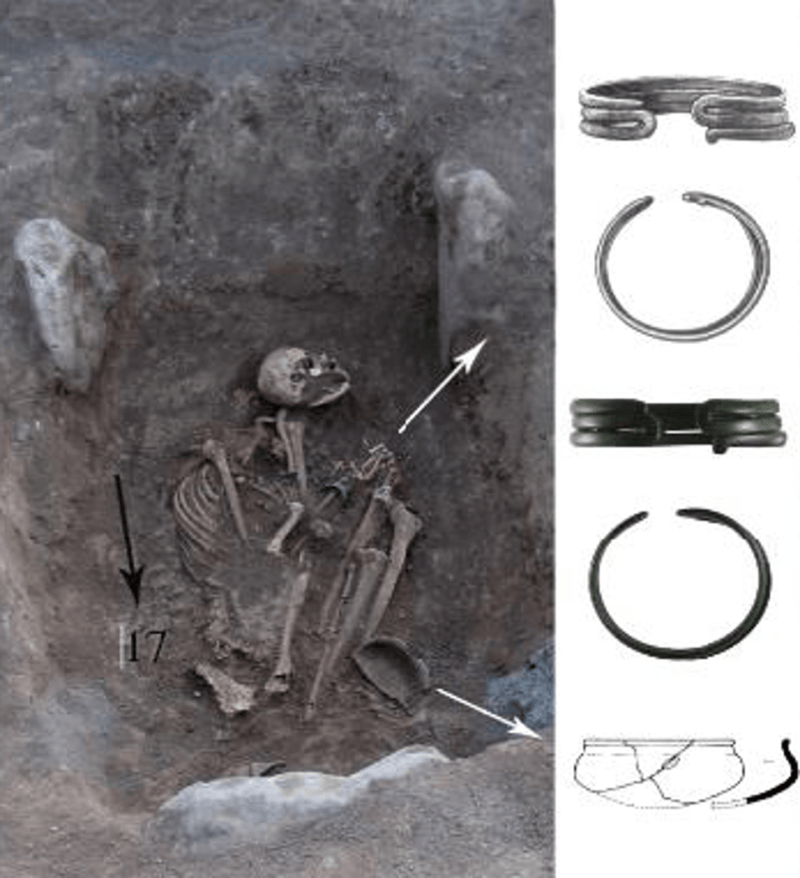 In a rare discovery related to the ancient kingdoms of Armenia, archaeologists have discovered the grave of a woman bearing multiple injuries, including wounds to her hips and legs, which suggest she was a fighter during her lifetime.

Scientists believe the woman might have been a trained warrior, similar to the Amazon warrior women written about by the ancient Greeks.

As reported by Forbes, the grave was found up in the highlands of Armenia, where the Kingdom of Urartu is believed to have flourished during the 9th to 6th centuries BC. Inside the grave were the skeletal remains of a woman buried along with ceramic vessels and jewelry dating back to the Early Armenian period.

The bones were found at the Bover I necropolis in Lori Province in 2017 and were originally thought to belong to a 20-something woman of high-status in the kingdom. But further examination of the skeleton revealed she was likely much more than a rich member of the elite.

Upon closer inspection, a group of Armenian researchers led by Anahit Khudaverdyan of the National Academy of Sciences of the Republic of Armenia found that the woman bore a muscular frame, similar to those who endure intense physical training.

The muscle attachments of her upper body indicated “considerable work activity,” and her pectoral and deltoid muscles “had been used in flexing and adducting the hand at the shoulder.” The evidence suggests she was likely a trained archer who routinely drew on the strong strings of a bow. 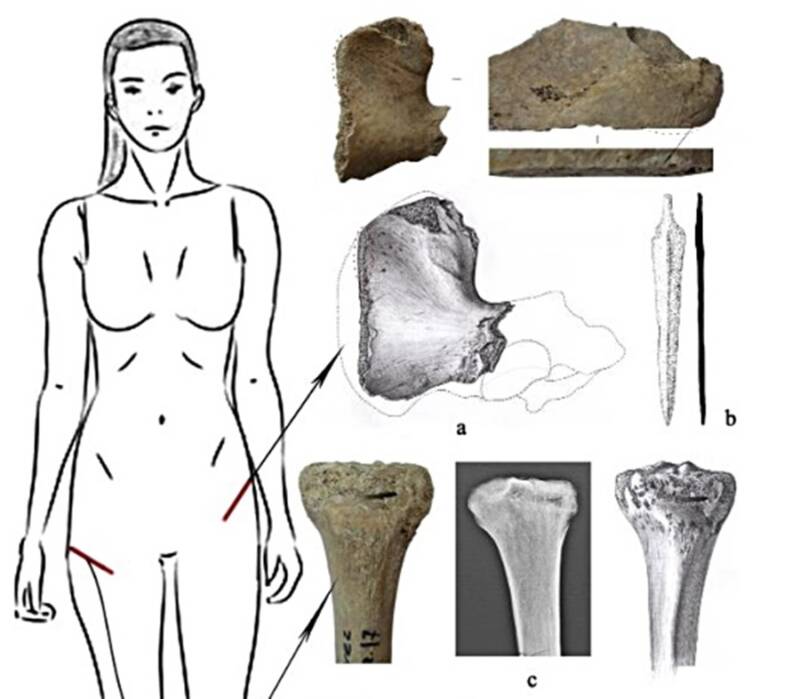 The woman’s thigh bones also showed pronounced gluteal muscles, which researchers believe are possibly the result of military training like horseback-riding. In addition to her strong bones, the woman’s skeleton bore multiple injury marks — there was an iron arrowhead embedded in her left knee, and chop marks and stabs on her left hip, right thigh, and her left lower leg.

According to the archaeologists, the amount of injuries on the female corpse “emphasizes the fact that for this Early Armenian female from Bover I, interpersonal violence was an ever-present aspect of life.”

Furthermore, scientists found at least two separate cut wounds caused by different weapons – likely a hatchet and a sword – around the time of her death. This connotes she was attacked by more than one person, similar to the conditions during a battlefield fight.

Based on all this evidence, researchers of the study believe the woman was a professionally trained archer who died in battle. Judging by the offerings in her grave, she was buried as a high-ranking individual.

It’s a remarkable discovery given very few burials of the culture’s women warriors have been found so far, despite previous evidence that showed both men and women fought in battle.

The people of the Kingdom of Urartu used arrows and rode on horseback to hunt, but they also used the same arrowheads as weapons against intruders during battle. In fact, the kings likely fought their enemies alongside their wives.

The ubiquity in which women were involved in the Urartu’s wars has led the study’s researchers to hypothesize that the women warriors of the kingdom may have inspired the Amazons depicted in ancient Greek arts and literature.

Greek historians like Herodotus, Plato, and Strabo wrote about the Amazon women, who were said to reside up in the Caucasus Mountains — a territory not far from modern-day Armenia. The new study was published in the International Journal of Osteoarchaeology.

Scientists believe the nomadic tribes of the Eurasian highlands were prototypes of the Amazons admired by the Greeks.

Archaeologicists have found evidence of women warriors in other ancient cultures, not just Armenian. Researchers are identifying more women fighters in recent years than ever before, dispelling the patriarchal myth that men were the only ones who led and fought courageously in battles during ancient times.

Many of these incredible findings have most notably been within the Nordic Viking culture. Last July, scientists revealed that a Viking grave respectfully adorned with swords and axes belonged to a woman warrior — not a man as was previously thought.

“This image of the male warrior in a patriarchal society was reinforced by research traditions and contemporary preconceptions. Hence, the biological sex of the individual was taken for granted,” researchers behind the discovery wrote in the stunning report.

As archeologists make more discoveries, we can expect that much more will be revealed about the forgotten women who defended their people in battle.

Next, check out 11 fierce women warriors of the ancient world from history and meet the Shieldmaidens, the mighty warrior women of the Vikings.