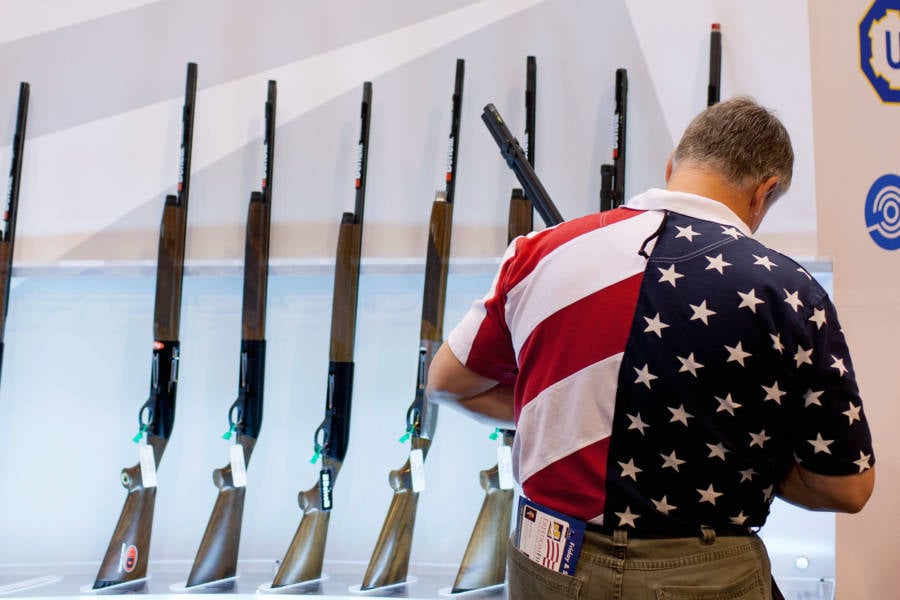 Whitney Curtis/Getty ImagesA prospective gun buyer looks at a display during the NRA Annual Meetings and Exhibits on April 13, 2012 in St. Louis, Missouri.

A mere three percent of U.S. adults own approximately half of all the nation’s guns, according to a new study from Harvard and Northeastern universities.

That three percent of American gun owners, a group of 7.7 million people known as “gun super-owners,” possess an average of 17 guns apiece, with some hoarding as many as 140.

But no matter the demographics, the small minority of gun super-owners has had an impact so large that we can see it in long-term, nationwide trends.

Indeed, the Harvard and Northeastern researchers found that, between 1994 and 2015, the percentage of Americans who own at least one gun decreased from 25 percent to 22. However, over that same period, the total number of guns owned by Americans increased a whopping 38 percent. Taken together, these numbers suggest that a smaller and smaller group of people is buying more and more guns.

These super-owners are buying so many guns, in fact, that the number of guns owned by Americans is now 265 million — 23 million more than the amount of people living in the U.S.

All of this naturally begs the question: Why are Americans, and these super-owners in particular, buying so many guns?

Assorted reasons included things like collecting, hunting, and competitive shooting, but far and away the biggest cohort was the full two-thirds of gun owners that told researchers that they owned guns for protection from others.

That said, over that same early 1990s-to-present timespan during which gun ownership skyrocketed, crime in the U.S. decreased in a major way. By every measure — murder, rape, robbery, and so on — violent and property crime in the U.S. are now just half of what they were in the early 1990s.

“The desire to own a gun for protection — there’s a disconnect between that and the decreasing rates of lethal violence in this country,” Matthew Miller, one of the study’s authors, told the Guardian (one of two outlets given exclusive rights to share the study’s results before the study itself is published). “It isn’t a response to actuarial reality.”

So, for Harvard’s Deborah Azrael, the study’s lead author, the big question then becomes: “Who are they protecting themselves from? What is creating this sense that they have a need for protection, particularly in a world where the actuarial risk of victimization is low?”

That question, likely the most important of all, has yet to be fully answered. Azrael suspects, however, that fear-based marketing by the gun industry has a lot to do with it.

Next, have a look at five gun control facts that both sides need to stop getting wrong. Then, discover the shocking stats behind mass shootings in America.