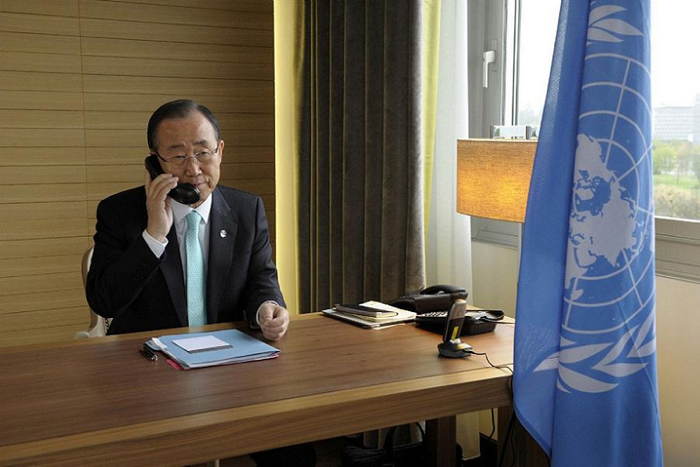 “Yes, Prime Minister. I do have Prince Albert in a can.” Source: Alarabiya

We don’t usually associate the grim, remorseless world of temporal power with fun and games. The kind of stone-faced power broker who tends to rise through political systems isn’t one who comes immediately to mind when we think about zany hijinks. Which might be the exact reason why pranks pulled on them are that much more fun to watch. Here are three wacky stunts that involved world leaders. 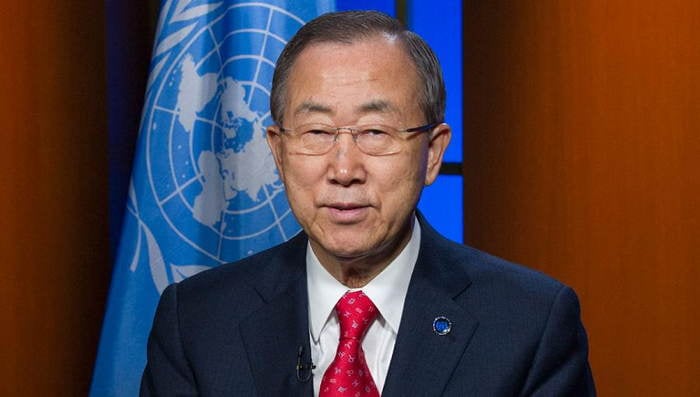 The term “wacky stunt” has “drive-time DJ” written all over it. Given the limitations of their medium, it isn’t surprising that radio personalities eschew the visual gag and go straight for the prank call as the ultimate expression of humor.

This was the case during the 2012 UN General Assembly of World Leaders, when Secretary General Ban Ki Moon was busy herding cats across the floor of the UN’s New York headquarters. While trying to slip between something like 120 meetings with heads of state and various diplomatic delegations that week, Secretary Moon probably didn’t think it odd that he should get a call from Canadian Prime Minister Stephen Harper. 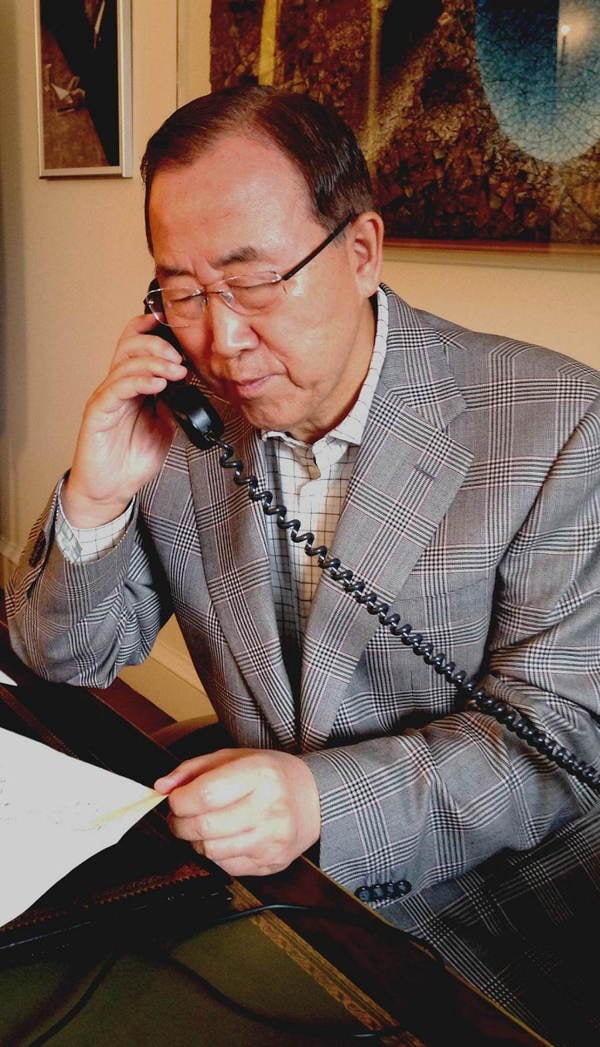 “One moment, I’ll check . . . Ambassador Jass? I have a call for His Excellency, the Honorable Hugh Jass.” Source: Vosizneias

In fact, the call was from Sébastien Trudel and Marc-Antoine Audette of Montreal radio station CKOI-FM. After playing phone tag for around an hour, the duo—who go by the frankly embarrassing name “The Masked Avengers” and who had previously gotten through to Sarah Palin by pretending to be Nicholas Sarkozy (which totally worked)—got the Secretary General on the line. Pretending to be Harper, the duo made a number of zany-but-harmless-DJ-style jokes about not being able to attend the conference because fake-Harper was busy combing his hair with superglue, and asking for the UN’s help in getting a pro hockey franchise for Quebec.

All good things must eventually come to an end, and the call wrapped up after about five minutes. According to the Secretary’s office, Ban Ki Moon figured out what was going on about halfway through the call and, the soft power advocate he is, went along with the joke. No word on whether he then dispatched black helicopters to eliminate Audette and Trudel, so we’re forced to assume that’s what happened. 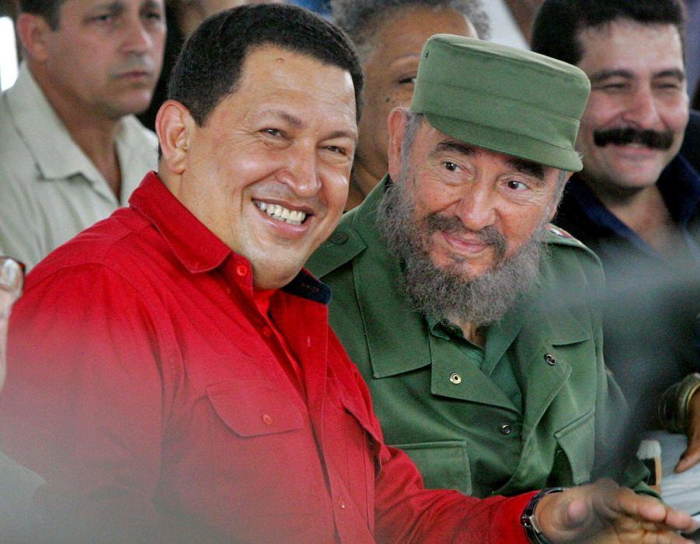 Not to be outdone by their Quebecois counterparts, Spanish-speaking DJs Enrique Santos and Joe Ferrero pulled off a Parent Trap-style double prank. They first used recorded clips of Fidel Castro’s voice to bluff their way onto the personal line of Venezuelan president Hugo Chavez, and then a few months later, the apparently unfulfilled Miami-based DJs used Chavez audio clips to do the same thing to Castro. 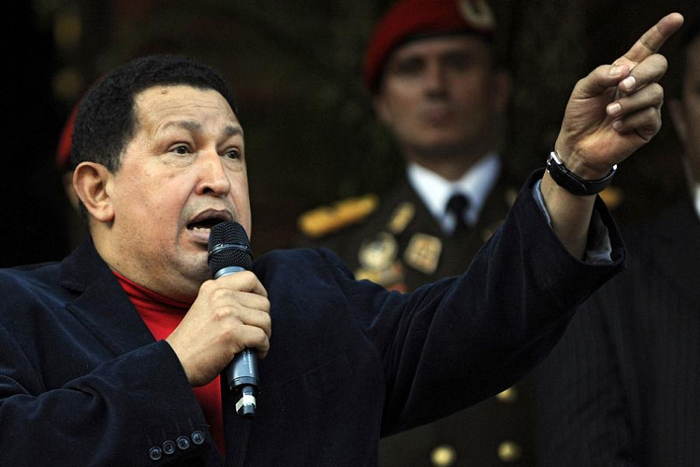 Chavez was apparently a good sport about the whole thing, so the DJs eventually broke down and started swearing at him before hanging up. Fidel Castro, on the other hand, seems to have taken the prank personally.

Perhaps fearing that this was the opening gambit in another assassination attempt, the semiretired Cuban dictator began shouting at the DJs, calling them “shit eaters” and “big faggots.” 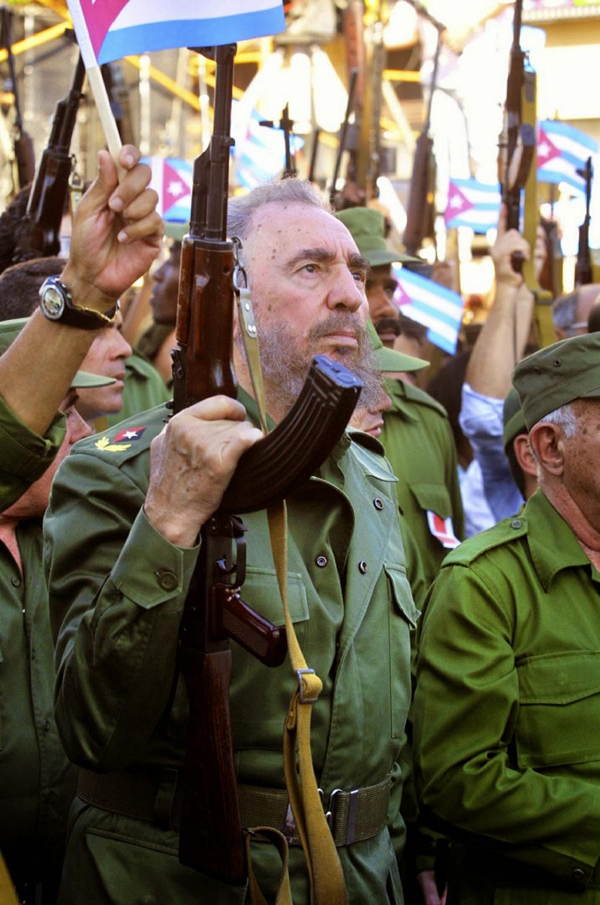 The US government, which has always tried really hard to protect Fidel Castro from harassment, eventually stepped in and fined the radio station $4,000. Which is odd, considering that Santos and Ferrero have officially gotten more of a rise out of Castro with a single phone call than the CIA did in 20 years of attempted coups. 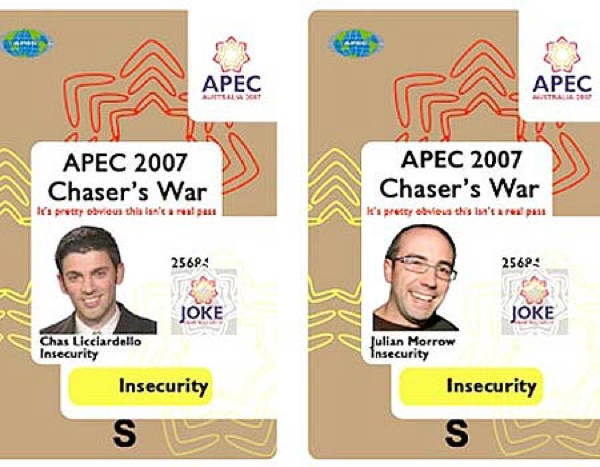 Imagine it’s just a few years after 9/11, and the US is hip-deep in wars stretching from Afghanistan to Iraq. Now imagine that the president of the United States is traveling overseas to personally meet with twenty other heads of state from some of the most deeply involved countries in Asia and the Pacific Rim. Security would be pretty tight for something like that, huh? 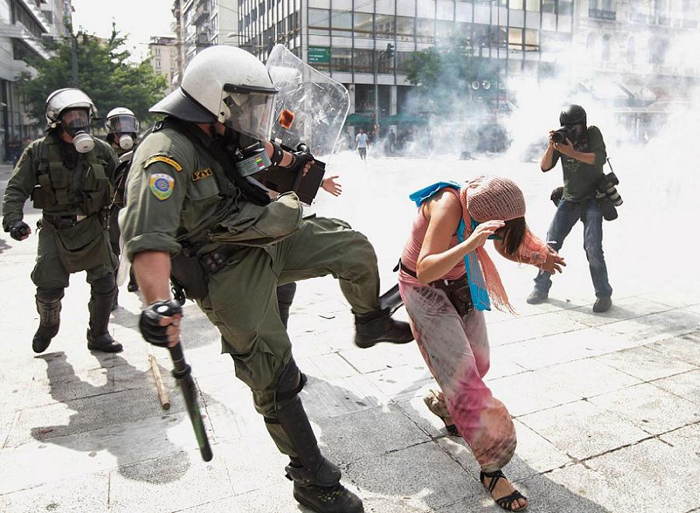 The government of New South Wales, Australia, certainly meant to make security tight at the 2007 Asia Pacific Economic Conference (APEC). Precautions included the closure of roads in Sydney, the passage of new laws to empower law enforcement, and even the formation of a special police branch whose sole purpose was to patrol the perimeter set up around the InterContinental Hotel where visiting dignitaries would be staying. Certainly the authorities went all out to protect their guests from, oh let’s say a guy dressed as Osama bin Laden just showing up to harangue conference organizers about excluding al Qaeda from the negotiations. 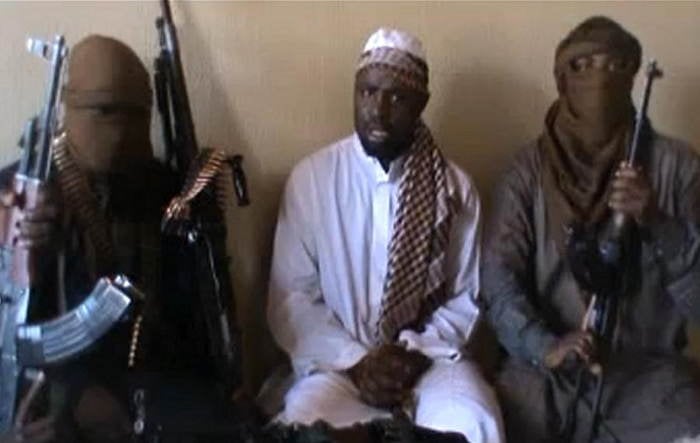 Enter Chas Licciardello and a camera crew from the Australian comedy program The Chaser’s War on Everything. Renting limousines and motorcycles to assemble a Canadian motorcade, the Chasers expected to get some funny footage of Licciardello, dressed as bin Laden, being refused entry at the first checkpoint. Instead, the clearly bogus motorcade—which had “This dude likes trees and poetry and certain types of carnivorous plants excite him.” printed on the “official seal” of Canada decals—was waved right by the first security checkpoint.

At the second checkpoint the Chasers, one of whom was wearing blue jeans and carrying a pass that had the word “JOKE” printed on it, as well as “It’s pretty obvious this isn’t a real pass,” tried to present their “credentials” only to be waved through again.

By now the group was just a few meters shy of the hotel— you know, the one where twenty heads of state including President Bush were staying—and had gotten seriously freaked out. Realizing that they were one more casual conversation away from being allowed into President Bush’s hot tub, the pranksters stepped out of the limo—one of them dressed as Osama bin Laden, remember, and in plain view of the rooftop snipers—and gave up. Reached for comment, the real Osama bin Laden is said to have replied: “well played.”