The astonishing blue flames from the Kawah Ijen volcano often look like lava, but they're actually just molten sulfur. 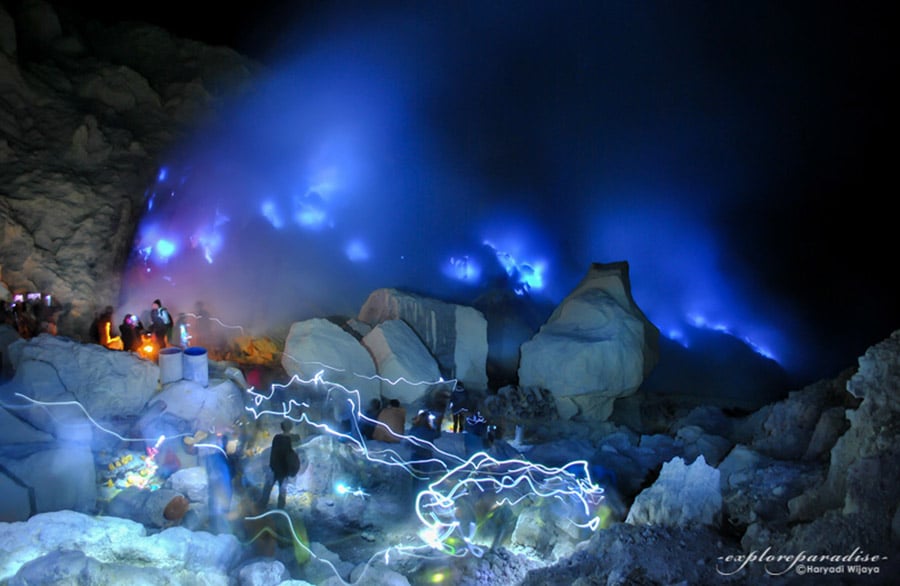 If you gaze upon the Indonesian Kawah Ijen volcano at night, you’ll encounter a dangerous mix of beauty and toxicity. Pure molten sulfur that, upon making contact with air, combusts and smolders, creating a glow reminiscent of blue fire and spills down the sides of the 8,660 feet tall volcano.

The substance is not lava, as some assume. It’s easy to make that mistake, though, seeing how the sulfur seeps from the mountains cracks and turns to liquid as it continues to flow. The event’s combustible nature (the gases are a forbidding 1,112 degrees Fahrenheit) and noxious gases can create flame bursts up to sixteen feet high. 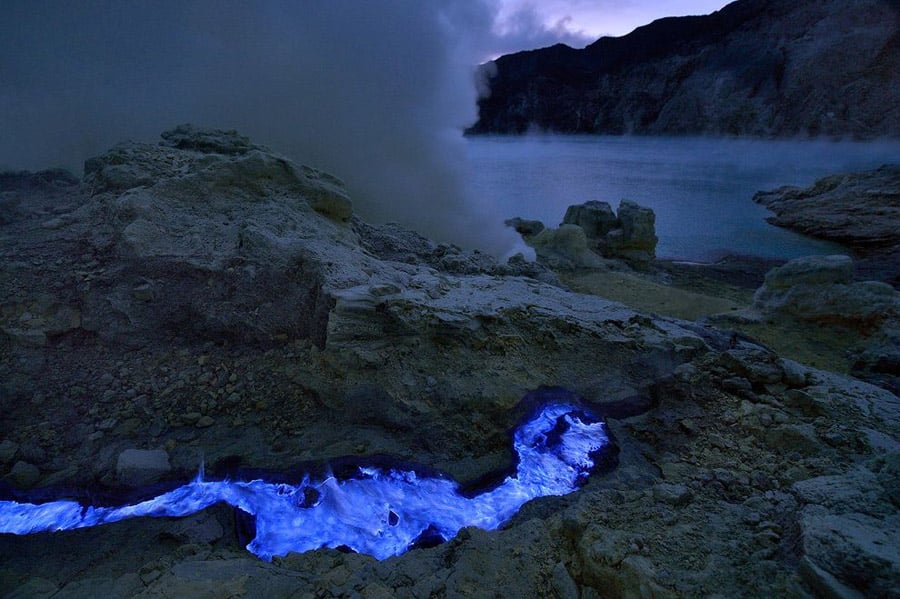 Most of the amazing images that follow are courtesy of Olivier Grunewald. Grunewald, a photographer by trade, accompanied a group of sulfur miners into the volcano to document these brave souls as they toil away at a job that is likely one of the most dangerous in the world. For the miners, trekking along a virtual river of sulfuric acid and retrieving solid pieces of pure sulfur to transport to a weighing station is all in a day’s work on Kawah Ijen volcano.

And while Grunewald was able to sport a gas mask during his volcanic ventures, many of the miners who experience this reality daily are left with only wet cloths as masks, since the masks they’re given need new filters that the miners cannot afford to buy themselves. 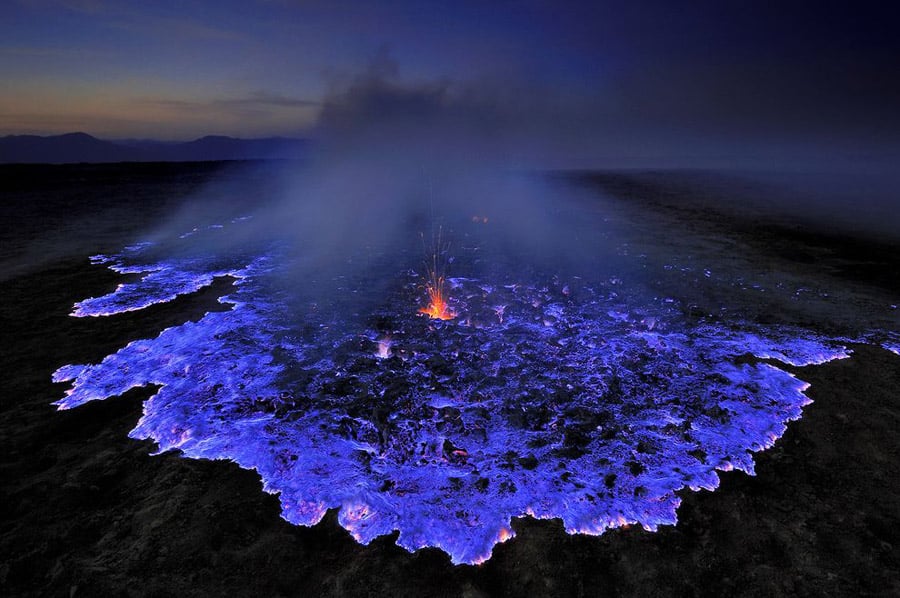 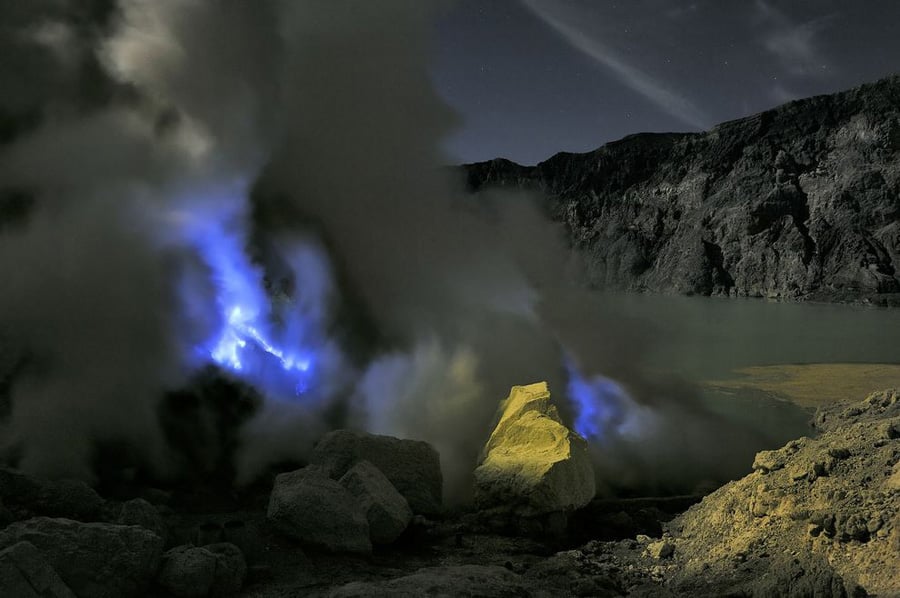 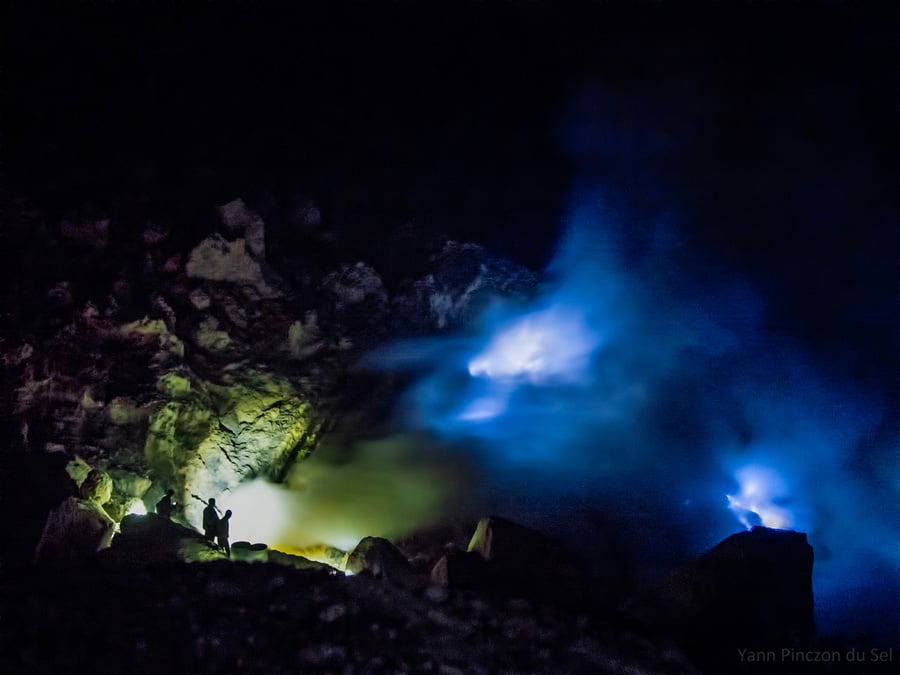 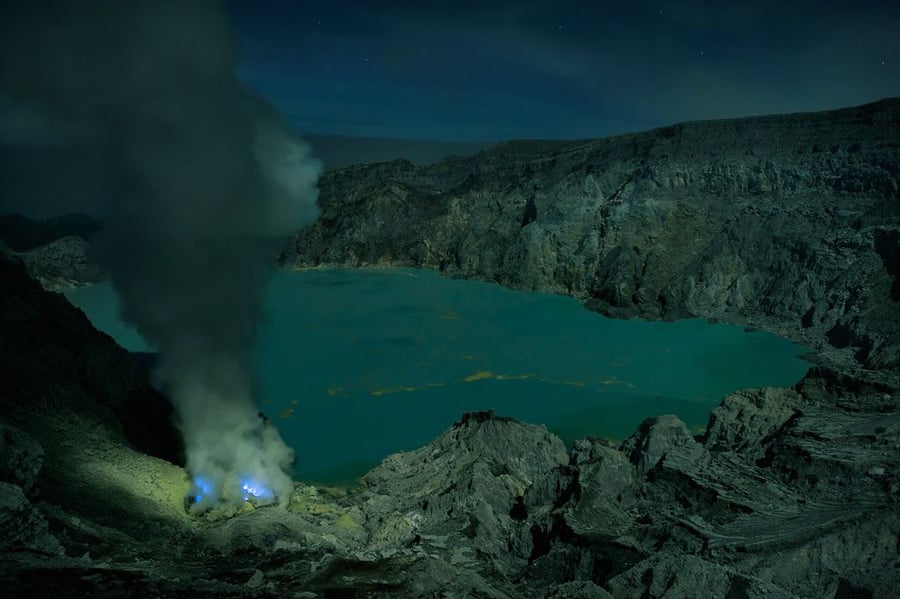 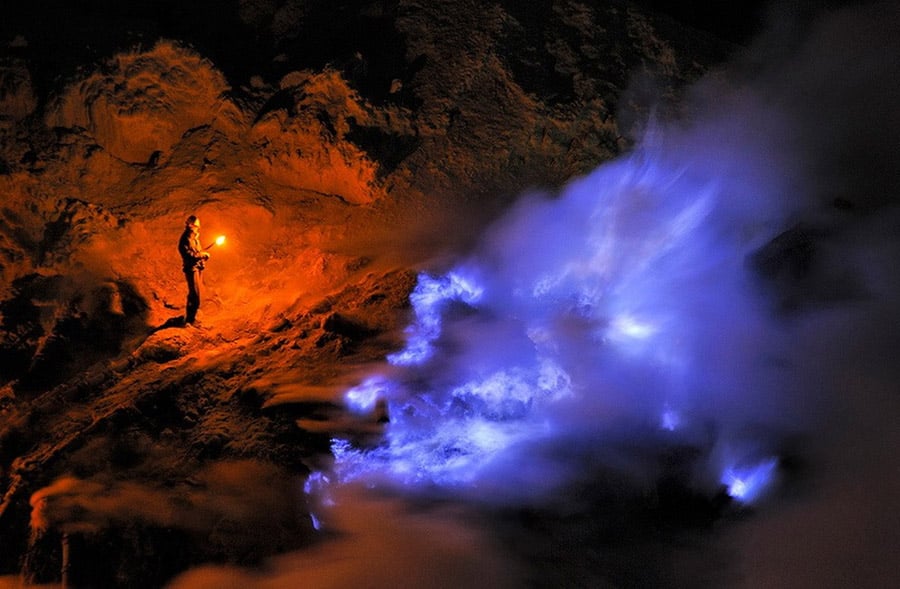 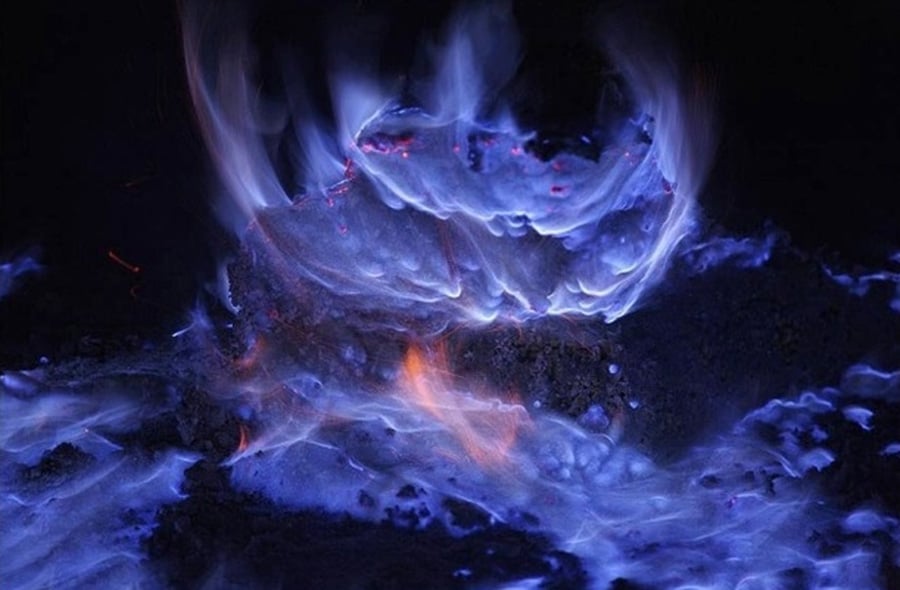 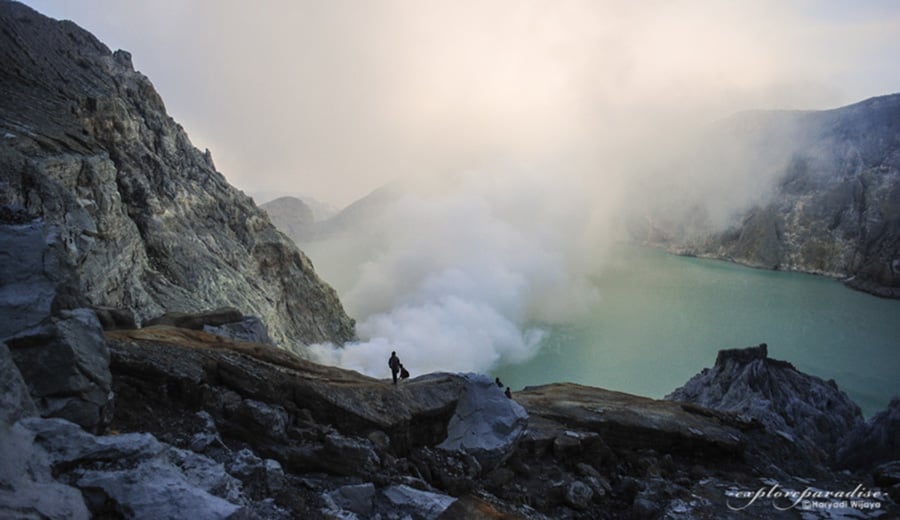