Over the last 20 years, the American bumblebee has seen a staggering decline in population due to habitat loss, disease, and pesticides. 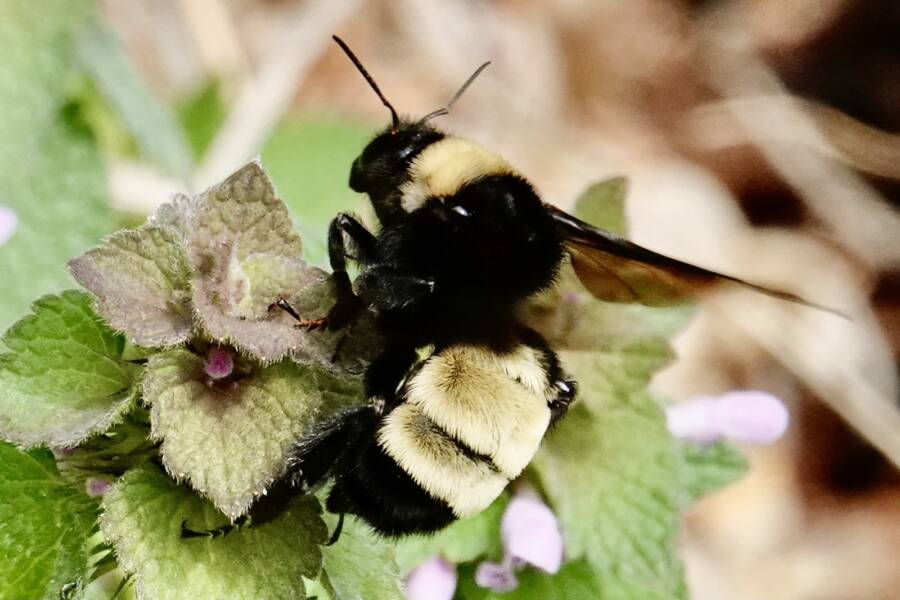 Wikimedia CommonsThe American bumblebee is an essential pollinator for crops like tomatoes, melons, peppers, and strawberries.

Though their importance may be lost on many of us, American bumblebees are in fact a crucial part of the country’s ecosystem, pollinating a wide range of flowers and crops. However, their numbers have been dwindling over the years due to threats to their habitat such as the overuse of pesticides — and now things are looking even more dire than expected.

Researchers have recently determined that the American bumblebee population has declined by 89 percent over the last 20 years, and is at near extinction levels, which could greatly impact whole ecosystems and crop production.

In a stern warning to officials across the country, the U.S. Fish and Wildlife Service (FWS) is now publicly considering listing the insect as an “endangered species” for the first time in American history.

According to LiveScience, the reasons include habitat loss, pesticides, and disease. Since the extinction of this species could prove far more damaging than short-term profit-loss for developers and the pesticide industry, the FSW has launched a one-year review to protect the insect under the Endangered Species Act. 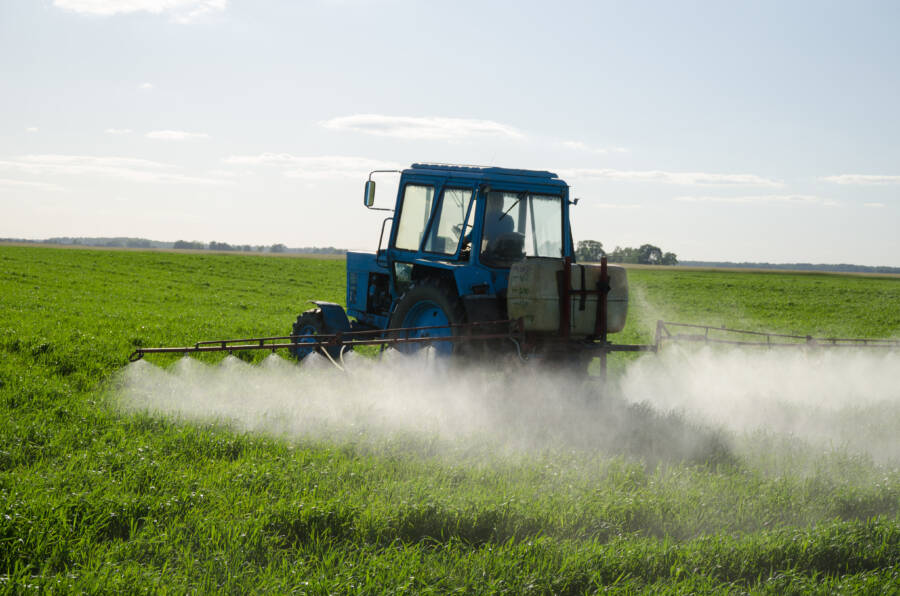 The environmental endeavor began with a petition in August 2021 made by the Center of Biological Diversity (CBD) and the Bombus Pollinator Association of Law Students of Albany Law School. The FSW heeded the call and conducted a 90-day review, which has led them to launch a year-long continuation to find out more.

“This is an important first step in preventing the extinction of this fuzzy black-and-yellow beauty that was once a familiar sight,” said co-author Jess Tyler. “To survive unchecked threats of disease, habitat loss, and pesticide poisoning, American bumbles need the full protection of the Endangered Species Act right now.”

Unfortunately, the CBD found climate change has become an ever-increasing factor in habitat loss for the species. This chokehold on their ecosystem has led to vast drops in genetic diversity and competition with non-native bees, while their largest declines were found in states with the biggest increase in pesticide use.

“The American bumblebee was once the most common bumblebee species in North America, but without immediate action to protect it under the ESA, it will continue its alarming decline towards extinction,” the petition warned. 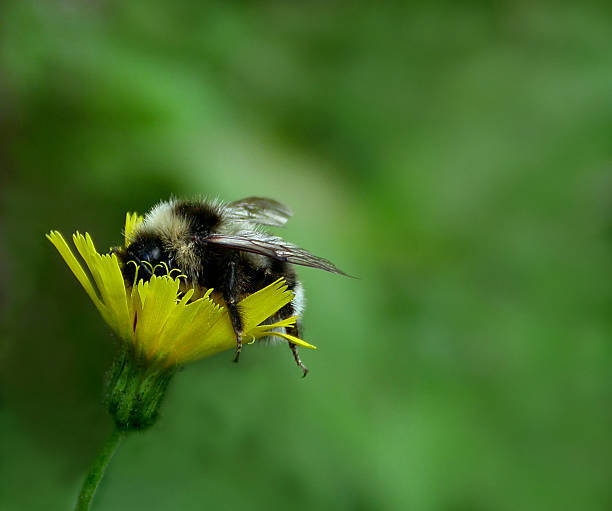 More precisely, the research showed neonicotinoid insecticides and fungicides to be the biggest culprits. Sprayed over agricultural lands with abandon, they impede the natural communication methods, homing systems, sleep patterns, and foraging opportunities of bees — while making them vulnerable to parasites.

Remarkably, only the rusty-patched bumblebee (Bombus affinis) and Franklin’s bumblebee (Bombus franklini) species are currently being protected by the ESA to prevent these issues. The latter species has already been presumed extinct, meanwhile, with the latest sighting having occurred 15 years ago in Oregon.

If added to the FSW Lists of Endangered and Threatened Wildlife and Plants, the insect will become the third species in the Apidae family to be granted federal protection. This would deter both farmers and land developers from harming the insect — with a $13,000 fine awaiting for every single bee they kill.

“The implications could be really significant,” said Keith Hirokawa, an environmental law professor at Albany Law School. “A far-reaching solution would be a fundamental change in the way we build our agriculture operations [to protect the insect’s habitat from additional damage].” 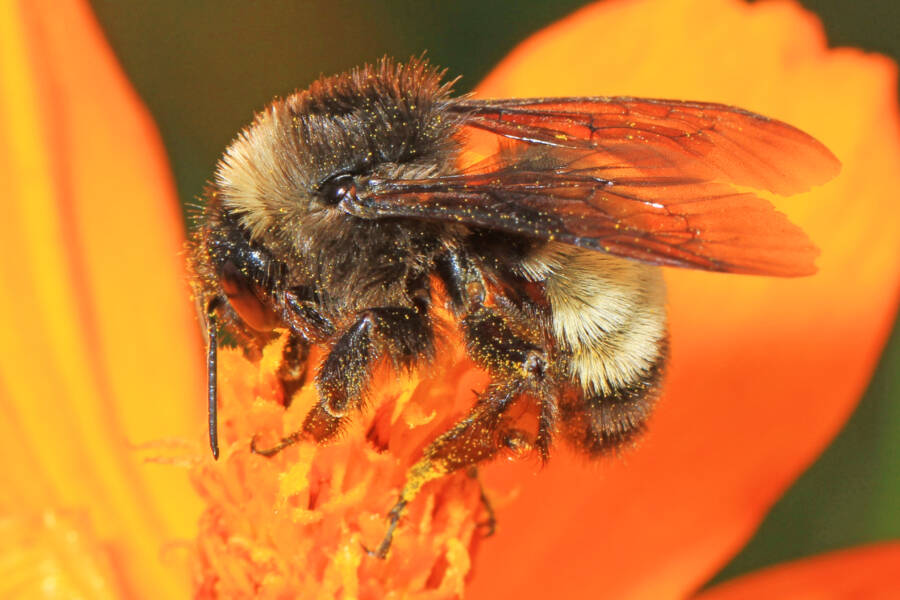 Wikimedia CommonsIn 12 months, this bee species will either become federally protected or surely continue in its steady decline.

Naturally, not everyone is as enthused about regulatory change. According to The Daily Mail, both state and local governments across the country are rather eager for renewable energy projects. Even involuntary harm to the bees would see these entities become liable should the FSW choose to protect the species.

While these declines have been occurring for two decades now, the Trump administration reversed age-old laws that protected endangered and threatened species like the American bumblebee. However, the White House announced in June that these reversals would be rolled back — and the ESA would regain its original strength.

The hope now is that the year-long survey culminates in one of two conclusions: listing the American bumblebee as endangered and granting it federal protection, or finding populations healthier than ever expected.

After reading about the American bumblebee potentially being classified as endangered, learn about Morgan Freeman’s bee sanctuary and his heartening mission to save the American honeybee. Then, read about 35 extinct animals that should be cloned back into existence.