In 2014, Morgan Freeman imported 26 beehives from Arkansas to his ranch in Mississippi after learning about the startling decline in honey bee populations. 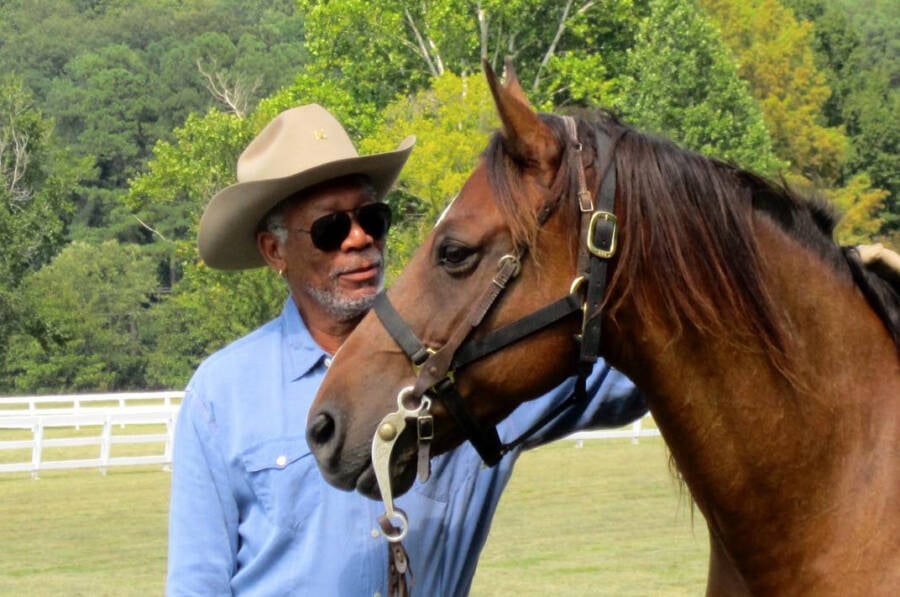 In 2014, Morgan Freeman announced a newfound passion. As he explained before a live audience on The Tonight Show with Jimmy Fallon, Freeman was so alarmed by the global decline of honeybees that he turned his 124-acre Mississippi ranch into a bee sanctuary.

“There’s been a frightening loss of bee colonies, particularly in this country,” he said. “To such an extent that the scientists are saying, ‘This is dangerous.'”

Freeman has been an active environmentalist for decades. Climate change and disaster relief remain priorities, but bees have become a passion in his free time ever since he imported colonies to his southern ranch.

Morgan Freeman: From Actor To Beekeeper 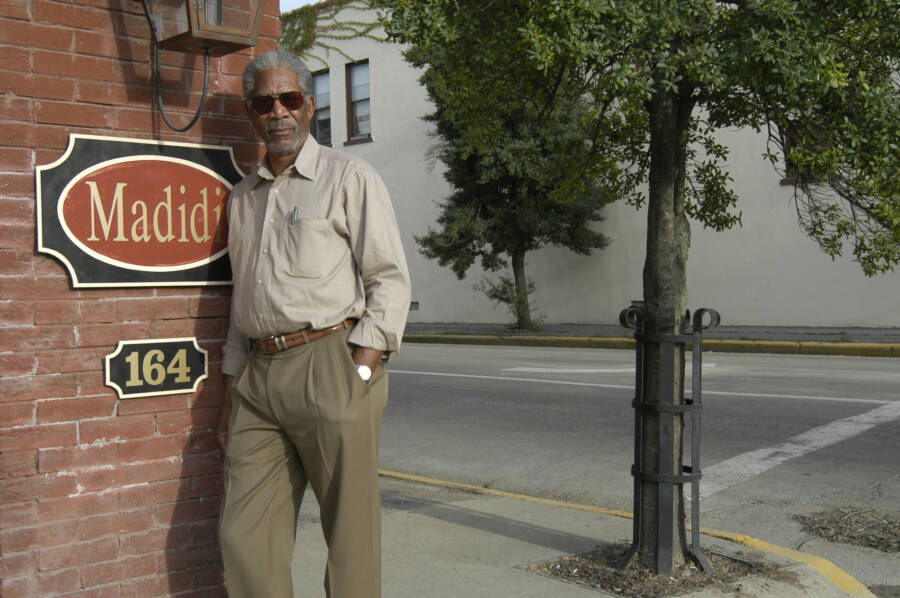 James Patterson/Getty ImagesMorgan Freeman has deep roots in Mississippi. He opened the upscale restaurant Madidi in Clarksdale, Mississippi in 2001.

Born in Memphis, Tennessee on June 1, 1937, Morgan Freeman was the youngest of five siblings. He spent much of his youth with his grandmother in Mississippi while his parents tried to find work in Chicago. Though the family briefly returned to Tennessee, they eventually settled in Greenwood, Mississippi as a unit.

Freeman showed a natural ability for the stage when he was 12 years old. He even won a partial drama scholarship when he graduated high school in 1959, but turned it down to join the U.S. Air Force. He wanted to fly planes for the rest of his life, but left the service when it proved mundane.

Freeman fell back on his talents and committed himself to the bicoastal career of an actor. After years of struggling to find work, he established himself on Broadway and TV in the 1970s before catching Oscar-nominated breaks in the 1980s.

Freeman’s environmental and political activism increased during the latter half of his career as his fame rose. In 2004 he established a relief fund for victims of Hurricane Ivan in Grenada. The fund has since become PLANIT NOW, an organization that helps people living in areas with severe storms and hurricanes.

Morgan Freeman reveals his bee sanctuary on The Tonight Show with Jimmy Fallon in 2014.

He has also lent his narration to several climate change documentaries, including one that debuted at the United Nations. But his most direct climate activism came in the form of a transformation of his personal ranch.

On July 24, 2014, Morgan Freeman broke the news: he had transformed his 124-acre ranch in Mississippi into a bee sanctuary. As Freeman told late-night host Jimmy Fallon and his audience, he was motivated to do so after learning how consequential the decline of honeybees was to life on Earth. 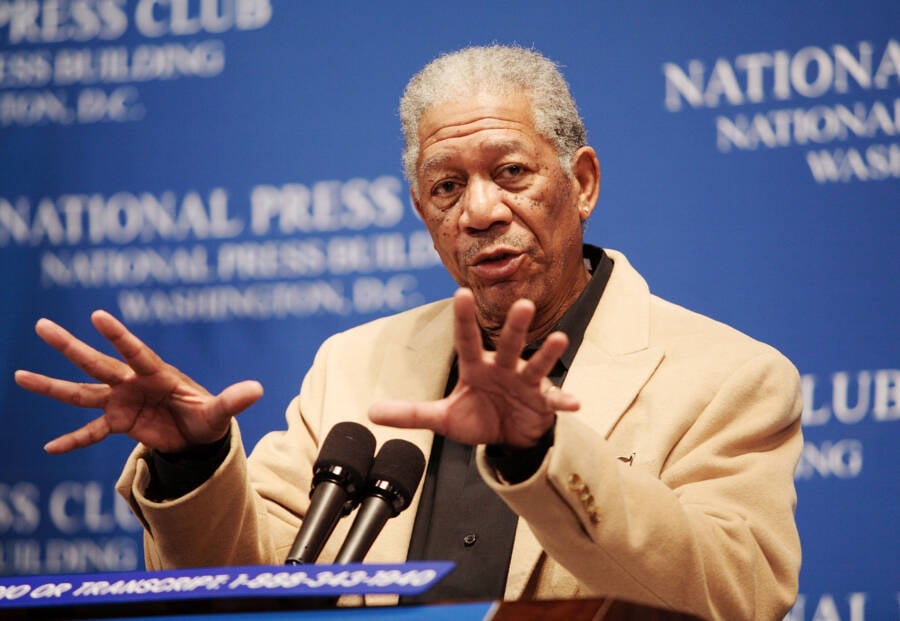 Paul Morigi/WireImageMorgan Freeman has long been a climate activist and founded the Grenada Relief Fund in 2004 for victims of Hurricane Ivan.

The decline in bee populations has been so vast and happened so quickly over the past two decades that by 2006 the EPA named this phenomenon “Colony Collapse Disorder.” When Freeman learned of the issue, he went straight to work.

Perhaps most remarkable is that Freeman only started the personal beekeeping project a few weeks before announcing it on television. He had quietly imported 26 beehives from Arkansas to Mississippi and modified his 124-acre ranch to sustain those populations.

Freeman’s bee sanctuary had humble beginnings. In the early stages, he learned that he had to feed his buzzing companions sugar and water after they had been removed from their home environment.

As the bees adapted to their newfound home, Freeman planted magnolia, clover, lavender, and bee-friendly fruit trees for them to thrive. Keenly aware that much of the global bee decline was due to the increased destruction of their natural habitats by development and farming, Freeman worked on making his farm as sustainable as possible.

While protective beekeeper suits are standard for those in the field, Freeman claimed that he had no need for one as he was “never going to get stung.” Perhaps jokingly, he maintained that “they have the outfits for people who can’t resonate [with the bees],” and that he was naturally an ally to the species. 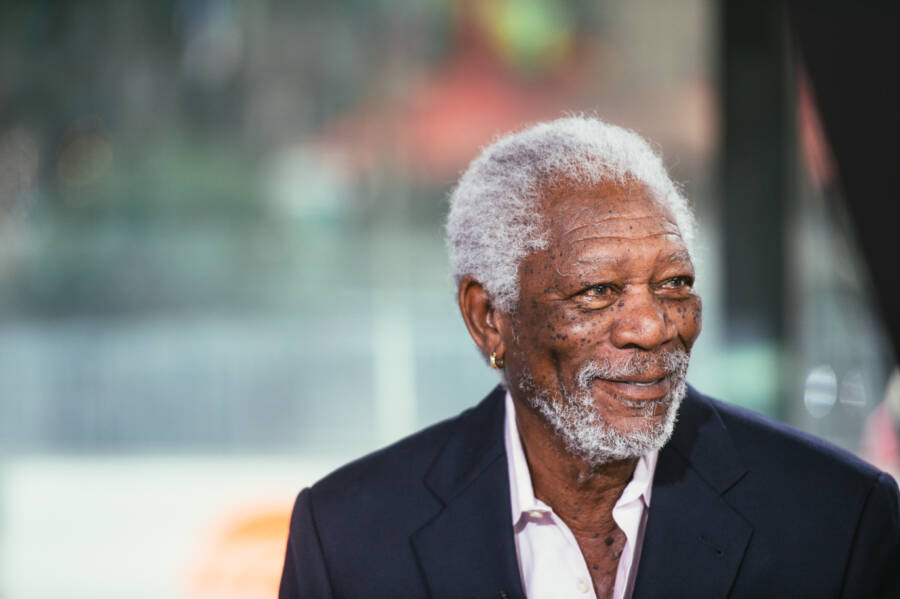 Flickr/Nathan CongletonFreeman has campaigned for climate change solutions and disaster relief since the early 2000s.

In the same year that he established his sanctuary, Freeman also helped produce the climate change documentary What’s Possible, which screened at the United Nations Climate Summit. In his mind, the health of global bee populations was just as valid as the issue of rising temperatures — and perhaps just as existential a threat.

In a staggering revelation featured in a 2016 survey supported by the Department of Agriculture, beekeepers lost nearly half of their colonies between April 2015 and April 2016.

Alongside habitat and food loss, one of the leading causes of bee population decline is harmful pesticides. Thus, the Trump Administration’s 2018 approval of a bee-killing pesticide alarmed activists working on growing bee populations. It also made endeavors like Freeman’s all the more significant.

“There is a concerted effort for bringing bees back onto the planet,” Freeman said. “We do not realize that they are the foundation, I think, of the growth of the planet, the vegetation.”

After learning about Morgan Freeman’s bee sanctuary, read everything you could ever want to know about the secret life of bees. Then, learn about half a billion bees dying in Brazil after exposure to highly toxic pesticides.