The True Story Of Triboulet, The 16th-Century Court Jester Whose Wit Saved His Life

Though one of the most beloved court jesters to ever live, Triboulet once slapped the King of France on the rear and told jokes so scandalous that they put his life in danger. 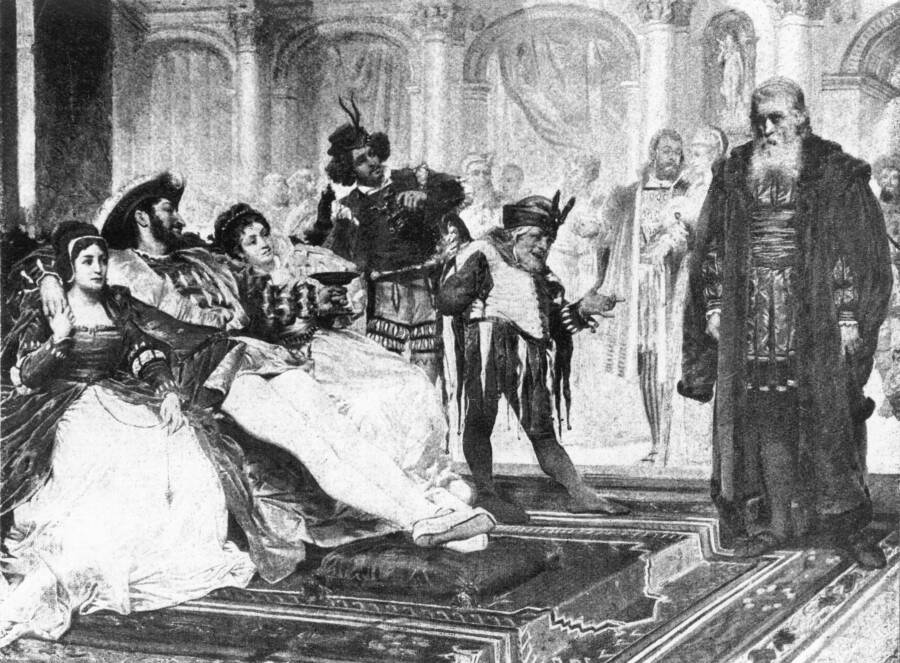 The history and literature of European royal courts littered with comedically gifted jesters. But no court entertainer was as quick-witted as Triboulet. He served in French courts, inspired the works of Victor Hugo, and even saved his own life with a particularly cunning display of his talents.

Triboulet took his work seriously. But, tasked to find the joke in any situation that presented itself, he often took things too far. He made his most harrowing mistake during the reign of Francis I — and brilliantly resolved it.

In an attempt to lighten the mood, Triboulet slapped the king on his rear. The monarch wanted him executed but offered him the chance to apologize. Instead, the jester dug himself even deeper, and the king ordered him killed.

After reflecting on the jester’s dutiful service, however, Francis I offered him the choice of how he wished to die. Triboulet gave a retort so amusing it inspired famous works of literature and opera and made him a legend.

Triboulet Was Born With Congenital Disorders 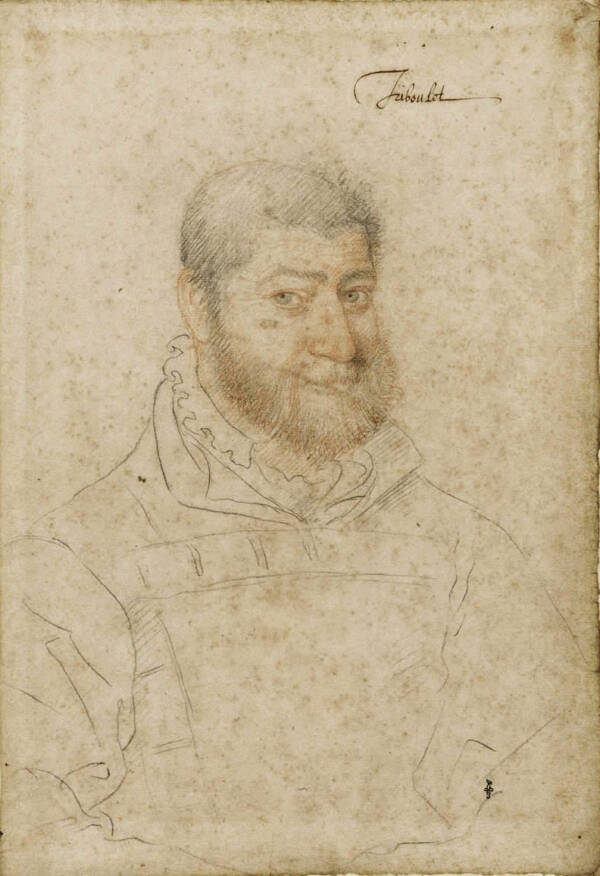 According to Dr. John Doran’s 1858 The History of Court Fools, Triboulet was born Nicolas Ferrial in 1479 in Blois, France. He suffered from microcephaly — a neurodevelopmental disorder resulting in congenital disabilities.

According to 19th-century French journalist Paul Lacroix, “His bowed back, his short and twisted legs, his long and hanging arms, amused the ladies, who contemplated him as if he had been a monkey or a paroquet.”

Triboulet was a low-level jester around town who was made a court fool by patent around age 24 by the future King Francis I. Once in the service of Francis, Lacroix wrote, Triboulet “suddenly ceased to be idiotic and imbecile, and became a witty, diverting, and crafty buffoon, and, above all, a perfect courtier.”

Lacroix also described his dress in vivid detail: a serge costume of vibrant red and yellow, his cap adorned with the royal arms, and the figure of a fool’s head at the tip of his wand.

It was a jester’s job to expose hypocrisy in authority, from religion and law to personal vanity and royal excess. They were granted admirable freedom to do so, despite a king’s purported godliness.

And Triboulet used this unspoken liberty across his tenures for kings Louis XII and Francis I of France. Until one day he took it too far.

How Triboulet Saved Himself With His Wit 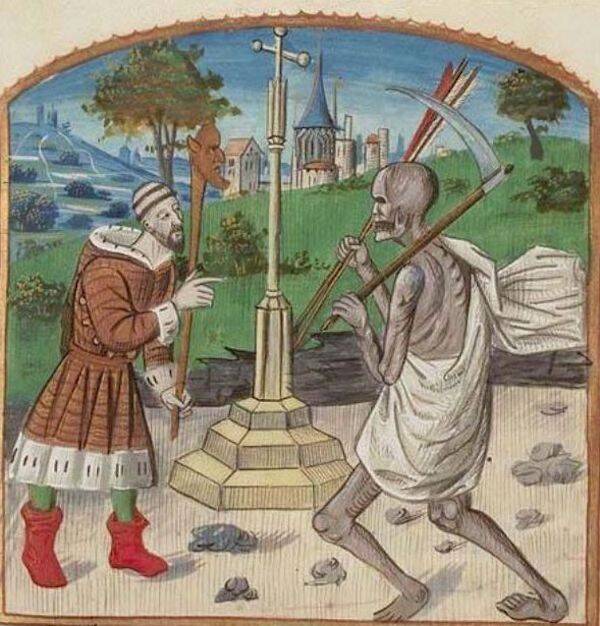 According to Dornan, it is unclear whether Triboulet ever served directly under Louis XII. Both men were born in Blois, and the town served as a summer resort for the court. And owing to his early reputation and patronage by Francis, it is likely Louis XII would have been aware of him.

But it is Triboulet’s work for Francis I after the death of Louis XII that has become the stuff of comedic legend. And two stories remain particularly cherished today.

The first concerns Triboulet frantically notifying the king that a nobleman was threatening to beat him to death. Francis I told him not to worry, and that he would hang the man within fifteen minutes if he dared. “Ah, Sir!” Triboulet said. “Couldn’t you contrive to hang him a quarter of an hour previously?”

Expecting the applause of courtiers, Triboulet once struck the king on his backside. Francis I was about to have the jester executed but offered mercy if Triboulet could come up with an apology more offensive than the act itself. 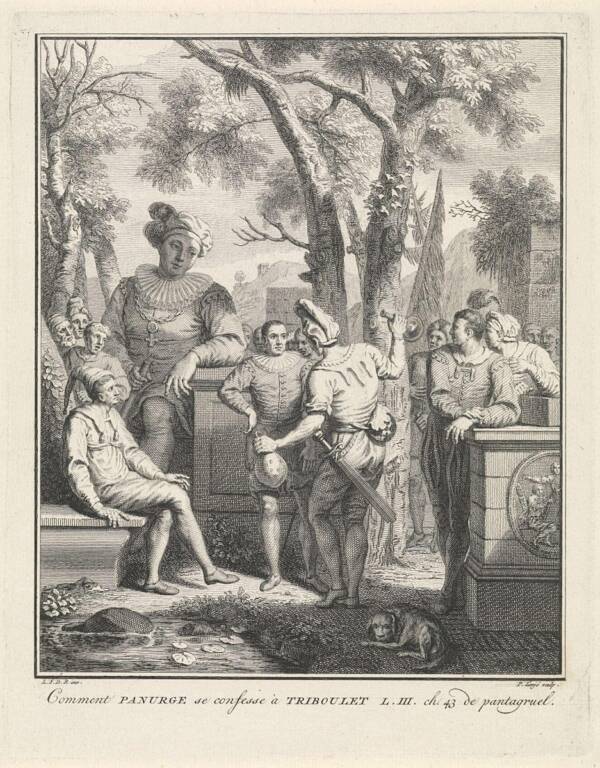 “I’m so sorry, your majesty, that I didn’t recognize you!” Triboulet said. “I mistook you for the Queen!” Unfortunately, the king’s wife was the one person at court who was entirely off-limits.

The king was so furious that he reneged and ordered Triboulet’s death. However, as a reward for the jester’s years-long servitude, he permitted his jester to choose a manner of death. Triboulet’s response marked the most memorable act of his life:

“Good sire, for Saint Nitouche’s and Saint Pansard’s sake, patrons of insanity, I choose to die from old age.”

Remarkably, the king found this so humorous that he granted Triboulet banishment instead of death.

Inspiring The Works Of Verdi and Victor Hugo 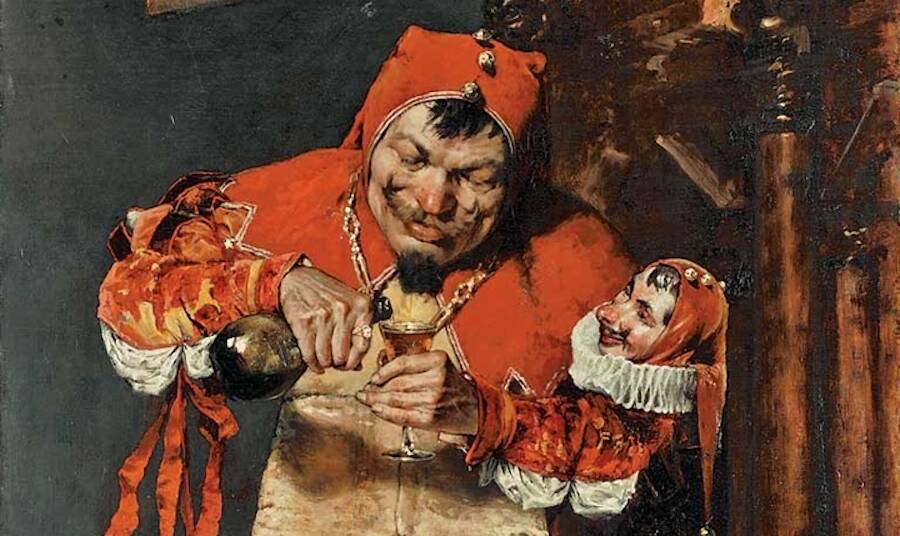 Pennsylvania Academy of the Fine ArtsThe image of a court jester dressed in red is thought to be based on Triboulet.

Triboulet did indeed die of old age in the French countryside in 1536. But it was Victor Hugo who solidified his legacy with the 1832 play Le Roi s’Amuse. It imagined the jester as a cruel, wrathful figure — regularly abused and embittered by the world.

Composer Giuseppe Verdi based his Rigoletto opera on this play, casting aside work an adaptation of William Shakespeare’s King Lear and deeming Triboulet a more interesting character. His resulting figure was a composite of the real jester, Hugo’s character, the Hunchback of Notre Dame, and Lear.

And though the historical record accounts for many court fools, it is Triboulet alone whose eponym triboulet has come to signify the image of a Renaissance jester dressed entirely in red.

After learning about Triboulet, read about Mary Queen of Scots and her grisly execution. Then, learn about 10 awful jobs you’ll be glad no longer exist.