Whether standing up for their rights or jumping off Niagara Falls in a barrel, these folk heroes lived their lives to the fullest. 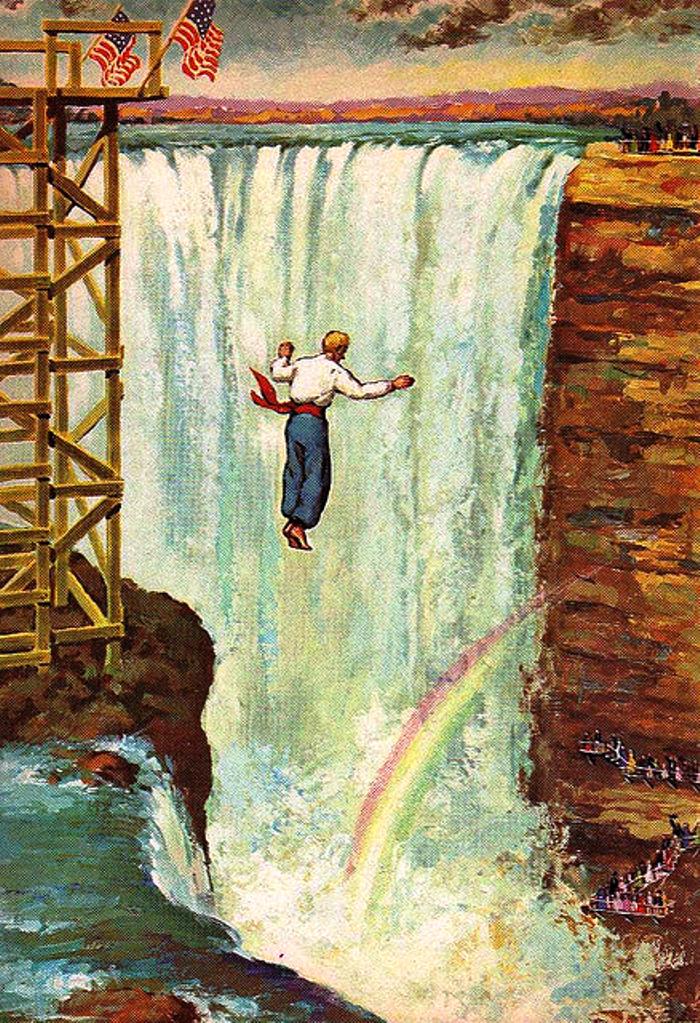 Before Evel Knievel was a twinkle in his father’s eye, Sam Patch was thrilling audiences across America. As a child laborer in Pawtucket, Rhode Island, Patch would entertain his friends by jumping off the mill dam. By 1827, now living in New Jersey, his increasingly higher jumps had started to attract large crowds. Wanting something more than the life of a mill worker, the 22-year-old Patch began a jumping tour across the then 24-state Union.

“Sam Patch the Yankee Jumper” quickly became a household name, placing him among America’s great folk heroes, and his catchphrase “Some things can be done as well as others” become popular among his fans. A whopping ten-thousand people came to watch him jump 125 feet from a cliff near the base of Niagara Falls. Shortly after, another eight-thousand came to Rochester, New York to watch him jump the 99 foot Genesee Falls. 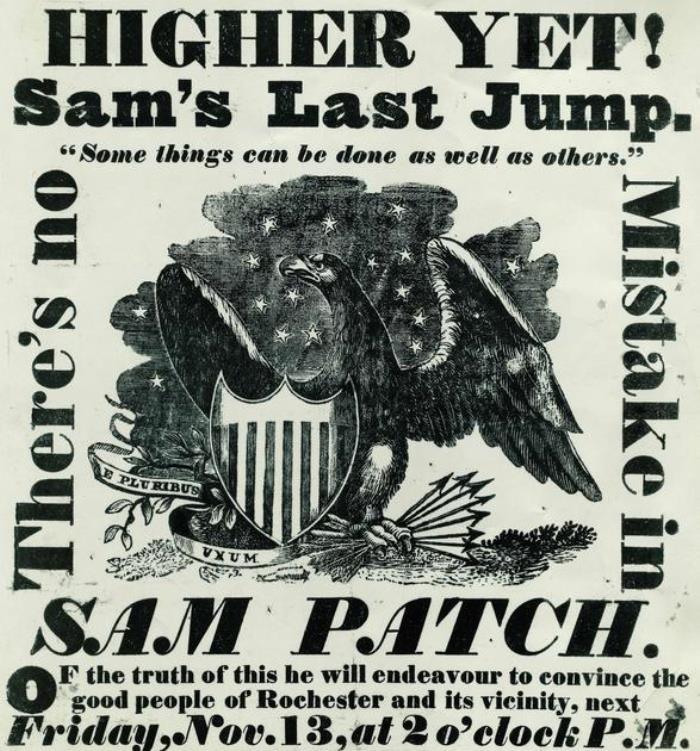 Tragically, Patch died attempting to one-up his jump into the Genesee a week later. Though he normally pencil dived feet first, Patch lost his balance and smacked sideways into the water. His biography inspired poems, stories, and series of plays, and even touched President Andrew Jackson, who named his horse after America’s first infamous daredevil.

Either a visionary performance artist or severely deranged, Joshua Norton earned extraordinary local fame in San Francisco when he declared himself Emperor of the United States. Initially a shrewd and successful businessman, Norton went bankrupt on a poorly timed investment. After mysteriously disappearing following the loss of his fortune, Norton returned to San Francisco clearly disgruntled and unstable. 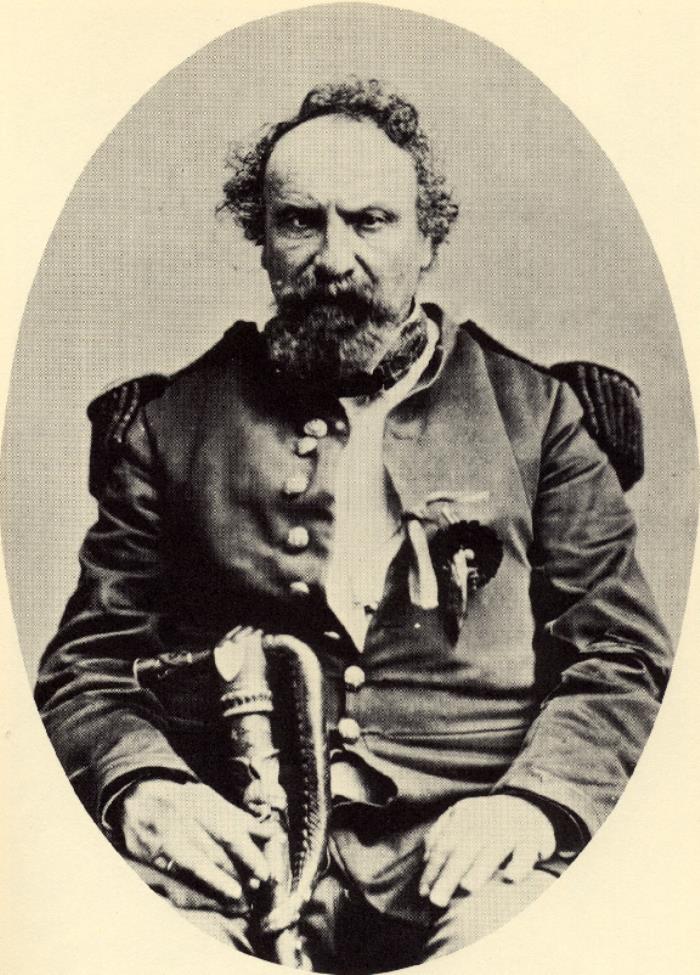 On September 17th, 1859, he issued his proclamation to every newspaper that he was seizing control of the whole country. It was printed for humorous effect, but Norton became an instant celebrity across the city. For the rest of his life, newspapers eagerly awaited his next proclamation, and even fabricated several. Some of Norton’s authentic proclamations hint at a prophetic genius, calling for bridges and tunnels connecting Oakland and San Francisco, a body resembling the League of Nations, and religious tolerance.

Despite his total destitution, Norton regularly dined at the best restaurants and had reserved seats at every performance hall. He printed his own money, which merchants regularly accepted. Following public outcry over his arrest attempting to have him committed, Norton was freed and the arresting officer forced to apologize. He was thereafter saluted by every policeman in the city and became one of America’s great folk heroes. 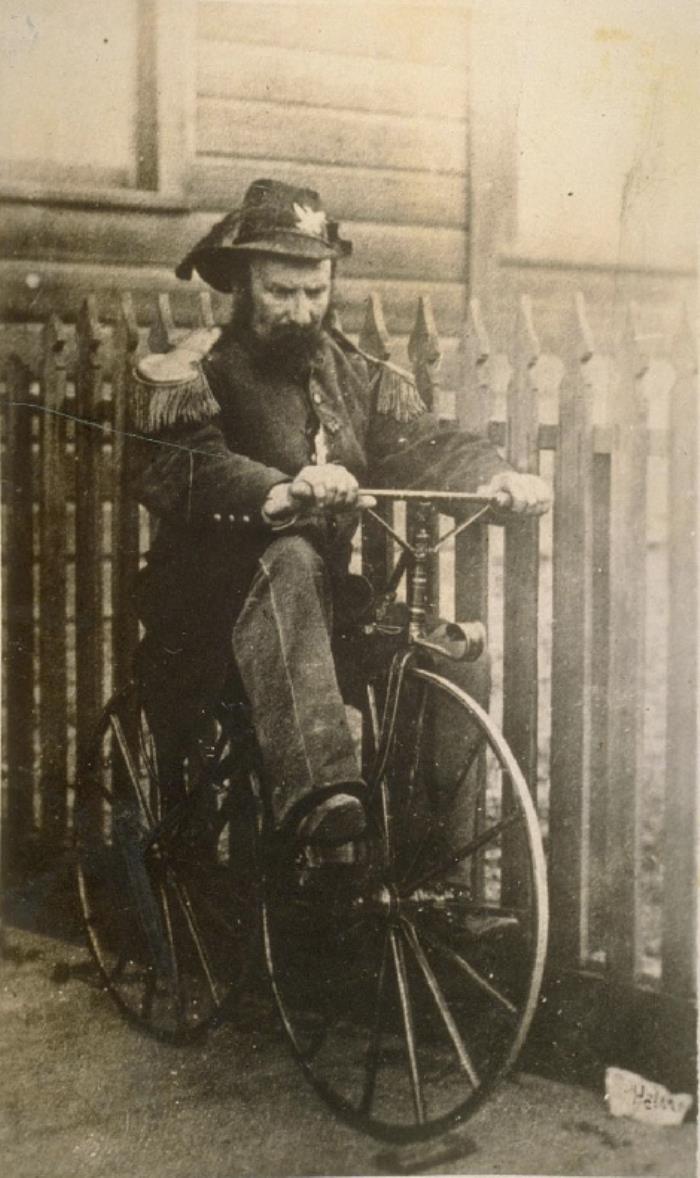 Norton Died in poverty, collapsing on the street early in 1880. In his apartment was fake correspondence to and from international royalty and fictitious treasury bonds at 7% interest. City businesses organized a funeral fund and Norton was buried in a rosewood casket after a two-mile procession, silently watched by an estimated 30,000 mourning subjects. 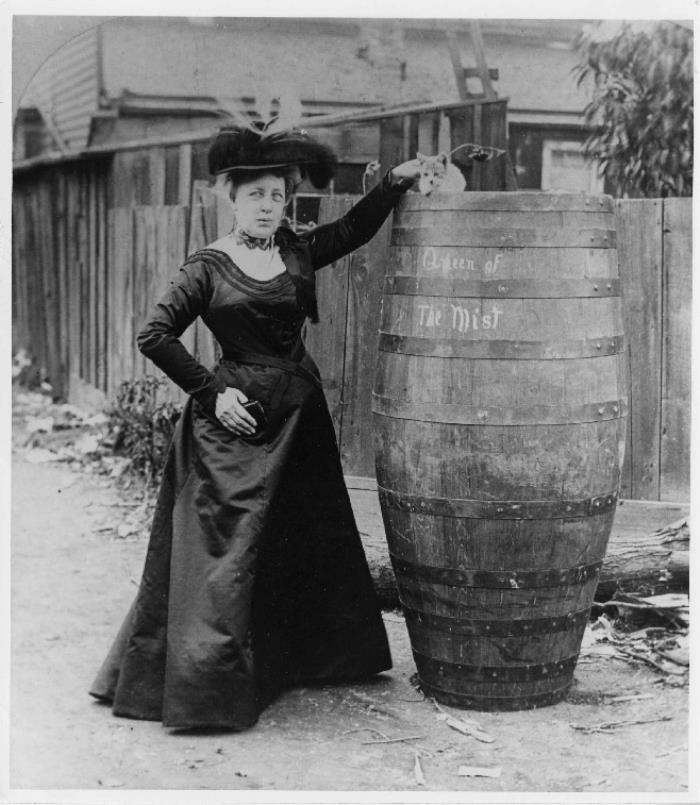 For decades, the Holy Grail of American daredevil folk heroes was a successful tumble over Niagara Falls. On October 24th, 1901, Niagara was conquered by a 63-year-old teacher. Widowed and her only child dead, Annie Taylor was desperate to avoid the poor house. After reading about tightrope walkers over Niagara Falls, Taylor hatched a plan to attract fame and fortune.

With tens of thousands of witnesses, she was nailed into her barrel and sent over the falls. Twenty minutes after she dropped, she was found and freed to deafening applause. Fame followed quickly for “the Queen of the Mist,” but fortune was never to be found. 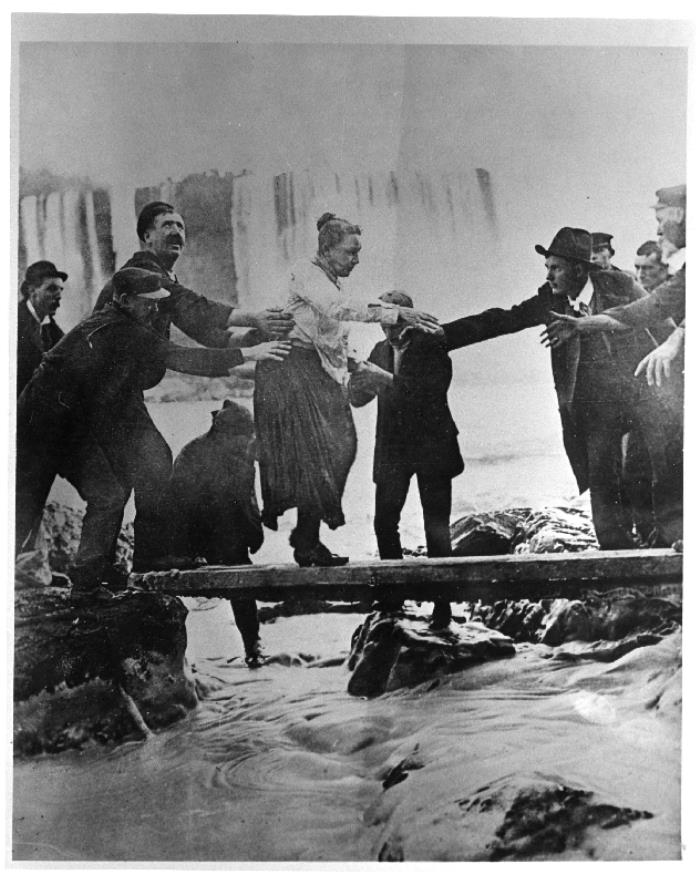 Though she briefly made a living talking about her feat, her manager ran off with the barrel. She lost all of her money trying to get it back and never managed to secure it. Tragically, she died in the poor house she beat death avoiding. 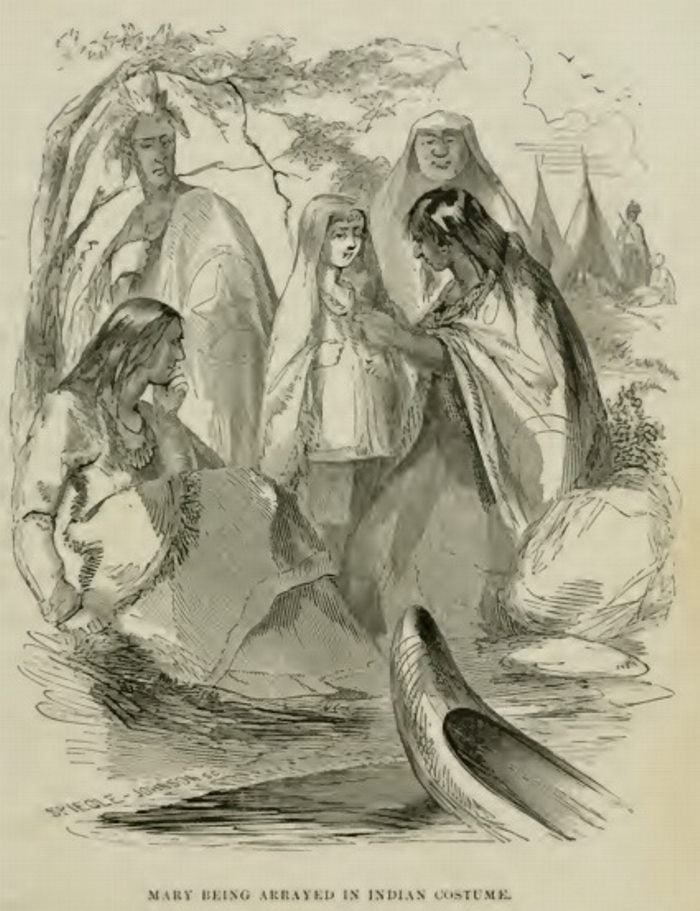 Mary Jemison was born to Irish immigrants en route to the American Colonies in 1743. The French and Indian War began not long after they arrived, and her family was captured and killed by Shawnee and French raiders. She was sold to two Seneca who adopted her and renamed her Dehgewanus, meaning “pretty girl.”

Jemison lived a relatively tranquil life, though she and her tribe were constantly at odds with expanding colonists. The Seneca would fight alongside the British during the American Revolution and Jemison herself aided in efforts to limit American expansion. 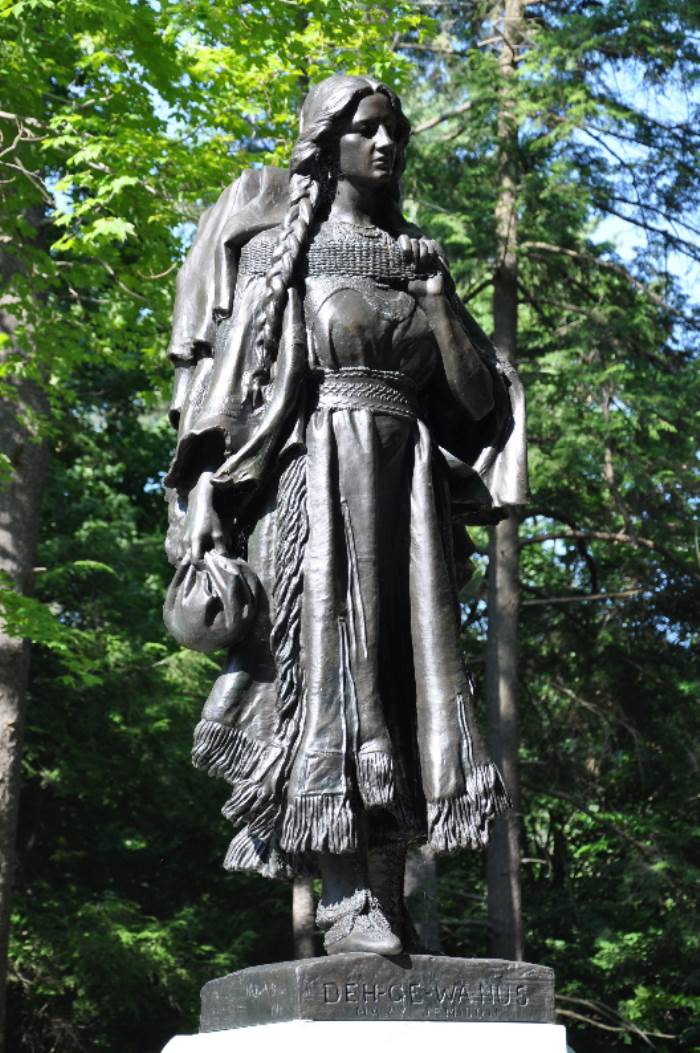 In the subsequent defeat and relocation of native tribes, Jemison was able to negotiate favorable terms for the sale of their land. In 1823, the Seneca sold all but two acres of land, which was reserved specifically for Jemison. She sold it in 1831 to live out the rest of her days with her adopted brethern. Jemison, one of American history’s most fascinating folk heroes, died two years later at the age of 90.