This Dinosaur Looked Like A Chicken And May Have Been Able To Fly, New Discovery Reveals

A new laser-based technique has found that the Anchiornis might have soared through the Jurassic skies. 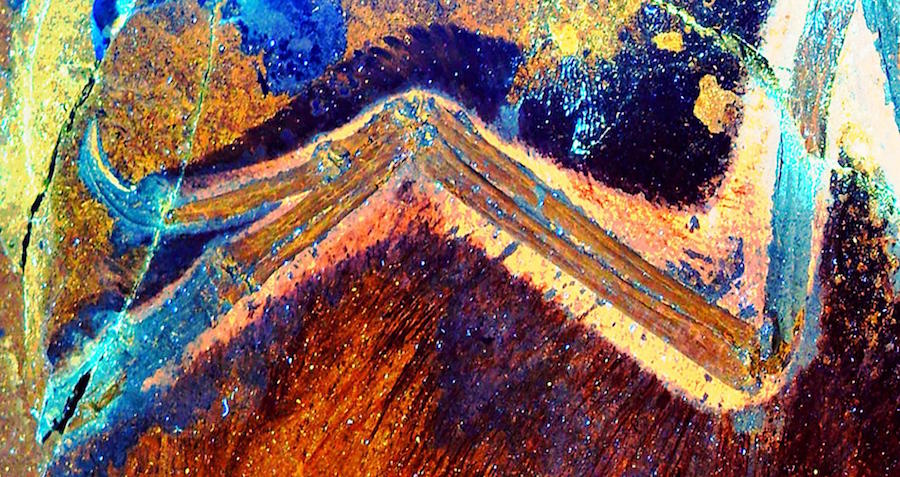 Researchers have recently used laser imaging to discover that a certain chicken-like dinosaur may have been capable of flight.

According to National Geographic, the foot-high, late Jurassic dinosaur is called an Anchiornis and had drumstick-shaped legs and long forearms, with a thin tail and scaly feet.

Moreover, researchers found that Anchiornis a patagium — a skin membrane connecting fore limbs and hind limbs that aids in flight — which is leading them to believe that the creature could fly, and further blurring the line between dinosaurs and birds.

“Anchiornis was originally described as a bird,” said Michael Pittman, co-author of the study recently published in Nature Communications and a paleontologist at the University of Hong Kong, to National Geographic. “But since then, different authors have provided evidence to [either] support its identity as an early bird or as a bird-like troodontid dinosaur.”

“The best way to refer to Anchiornis is as a basal paravian, an early member of the group of dinosaurs that includes birds and the bird-like dinosaurs that share their closest common ancestor with birds… What our work does underscore is the broad extent to which bird-like dinosaurs were experimenting with their anatomy and functional capabilities before we had the first unequivocal gliding and flying birds.” 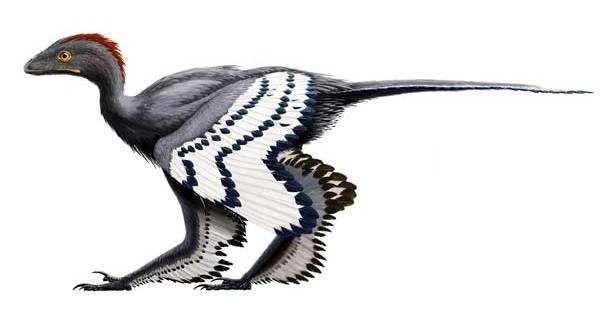 Furthermore, Anchiornis had four wings and ample feathers all over its body. And the color scheme of those feathers may surprise you: a separate study that focused on the dinosaur’s pigment-bearing melanosomes found that it had a black and gray body with white highlights and a red crest, according to National Geographic.

This latest study that discovered the patagium took things a step further by using a relatively new technique called laser-stimulated fluorescence to bounce light waves off fossils in order to gather more detailed information about them.

Laser-stimulated fluorescence “is part of a flurry of tools emerging that help us to understand the evolution of soft tissues along extinct lineages,” John Hutchinson, a professor of evolutionary biomechanics at the Royal Veterinary College at the University of London, told National Geographic.

Indeed, discerning that Anchiornis in fact had a patagium would have been impossible without this technique. Now, Pittman hopes that this imaging technique will gain greater prominence in the toolbox that researchers use to explore the murky past of dinosaur history.

After learning about the Anchiornis, have a look at the fossilized dinosaur-like sea serpent that may have actually given birth to live young, before seeing the recently discovered first-ever dinosaur tail with feathers.