Researchers guess the ancient people crossing the Bering Land Bridge from Asia brought the Australian DNA with them. 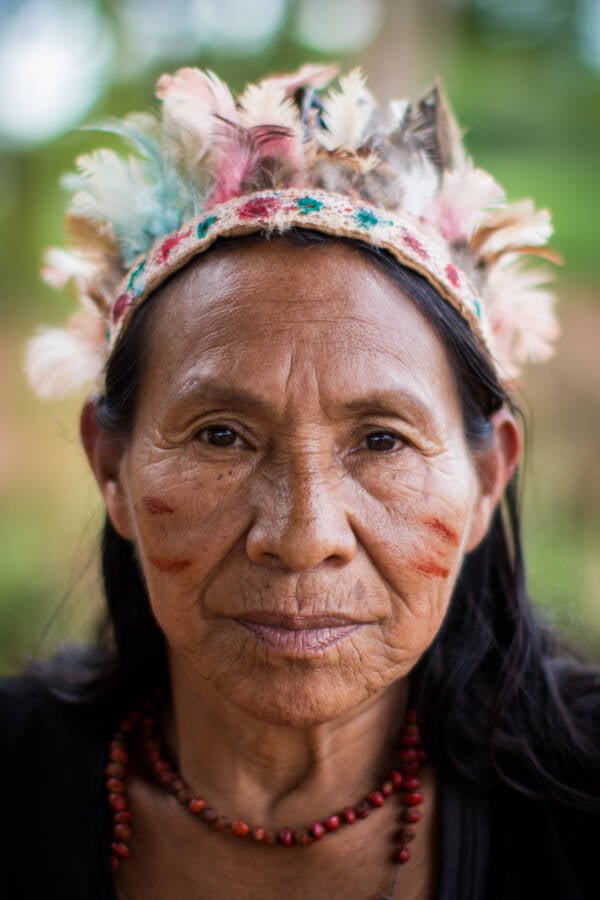 Wikimedia CommonsA member of the Guaraní Kaiowá tribe in Brazil, one of the Indigenous people found to have ancient Australian DNA.

Deep in the genetic codes of Indigenous people in South America, researchers have made a startling discovery: several tribes carry a piece of ancient Australian DNA.

Researchers first noted the astonishing link back in 2015, but a new study from the University of São Paulo has confirmed that Australian DNA is even more widespread in Indigenous South Americans than originally thought.

Along with co-lead researcher and doctoral student Marcos Araújo Castro e Silva, Hünemeier and their team set out to build upon the original 2015 study that found a link between the people of Australasia ⏤ which includes Indigenous Australians and Melanesians, or people from islands in the Oceania region ⏤ and two tribes in Brazil, the Karitiana and the Suruí people.

The researchers had a feeling that the link was just the tip of the iceberg. They were right.

“This Australasian−Native American connection persists as one of the most intriguing and poorly understood events in human history,” the researchers wrote.

The shared genetic marker between Australasian and South American tribes was dubbed the “Y signal” for “Ypikuéra,” which is an Indigenous word from Brazil’s Tupi people that means “ancestor.”

This year, the University of São Paulo began to search for the Y signal within a larger set of genetic data from 383 Indigenous people in South America.

They consequently found the Y signal in the Karitiana and the Suruí people and also in several other tribes, including the Chotuna people of Peru and the Guaraní Kaiowá and Xavánte people of Brazil.

The Guaraní Kaiowá people live in the center-west of Brazil; the Xavánte live near the center of the country. 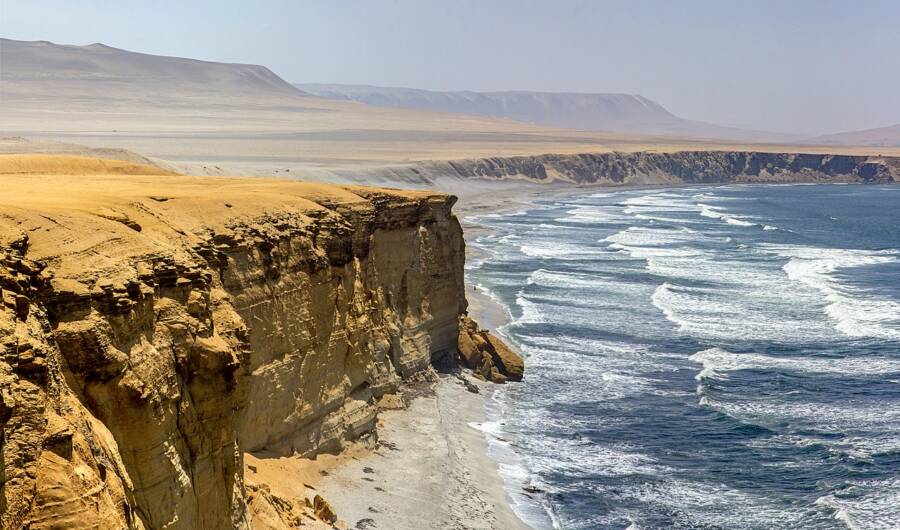 Wikimedia CommonsParacas National Reserve along the Pacific coast of Peru.

These results proved that the Y signal was indeed more widespread within South America than originally thought. “Genetics is an ally to unravel unrecorded histories and populations,” said Hünemeier and Castro e Silva, noting that waves of European colonization has obscured Indigenous history.

So, how did people from Australasia get to South America in the first place?

The researchers theorize that, some 20,000 years ago, the ancient people who crossed the Bering Land Bridge between Asia and North America carried Australian DNA with them. 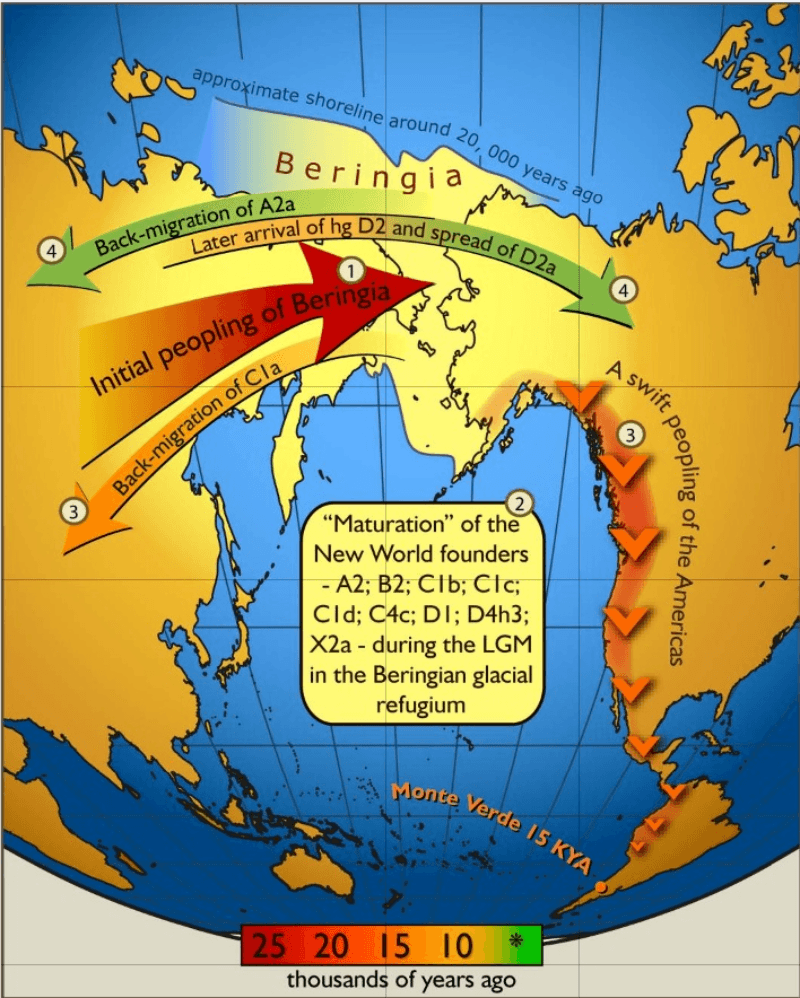 Wikimedia CommonsAncient people moved across the Bering Land bridge thousands of years ago.

They likely started from southeastern Asia, moved north, and then mixed with ancient Siberian and Beringian people.

“It is as if these genes had hitched a ride on the First American genomes,” Hünemeier and Castro e Silva said.

From there, these ancient people would have made the long trek across the Bering Land Bridge. These “first settlers” then began to populate the Pacific coast, stretching down from Alaska to southern Chile.

Hünemeier and Castro e Silva suspect that they settled along the coast “due to their subsistence strategies and other cultural aspects adapted to life by the sea.” Then, a second wave of people moved further inland. “In this context, the expansion to the Amazon, passing through the northern Andes, would have been a secondary movement,” the researchers explained.

But there’s one mystery that the study didn’t solve. Although researchers found the Y signal in South American tribes, it’s yet to be found in North American Indigenous people.

If ancient Australasians crossed the Bering Land Bridge and then moved South, wouldn’t they have left genetic evidence along the Pacific coast of North America as well?

The researchers have a few theories as to why not. First, it’s possible that the ancient people stuck to the coast and moved quickly, leaving no genetic markers behind.

But it’s also possible that they settled, lived, and thrived along the coast — until the Europeans arrived. In this scenario, colonization might have completely wiped out any Y signals in Northern Indigenous tribes.

For now, there’s still more research to be done on this groundbreaking genetic connection. Hünemeier and Araújo Castro e Silva’s findings have added valuable insight into how ancient people moved — but some scientists would like to dig deeper into the presence of the Y signal.

“The population Y signal is a puzzle,” said David Meltzer, an archaeologist at Southern Methodist University who co-authored the 2015 study. “But this is an interesting piece to add to it.”

After reading about Australian DNA in South America, go inside the horrors of the Native American genocide in North America. Or, learn about the Awá-Guajá tribe, an uncontacted people living in Brazil.