This Mystery Surrounding The Ancient Chinese Pyramids Has Just Been Solved

Researchers thought that human error might have been the cause for the pyramids' odd alignment, but new evidence suggests otherwise. 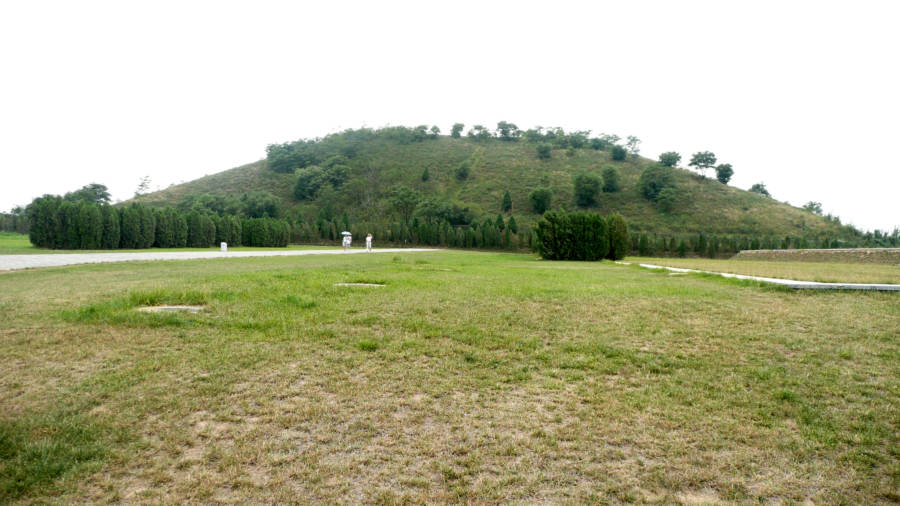 There’s been a massive question mark hanging over the so-called ancient Chinese pyramids that’s stumped archeologists for quite some time. But new satellite evidence may have solved this puzzle, and shed new light on ancient Chinese cultural values.

There are more than 40 pyramids at the site and which are fan out along the outskirts of the city of Xi’an, which is located near China’s Wei River. The pyramids themselves are actually giant artificial hills that apparently once took the shape of a more-defined pyramid. This is where the emperors, queens and other nobles from the Western Han dynasty have been laid to rest.

The base of the pyramids are graced with the Chinese “terracotta army”, or the collection of statues, which have been admired the world over.

But researchers have puzzled over the direction that some of the pyramids face. Approximately half of the pyramids point toward true North, while others point true East, West, and South. But there are some which are slightly off-kilter in any direction by about 14 degrees. This has posed a huge problem for archeologists.

Giulio Magli, an Italian archaeoastronomer, attempted to solve this mystery using satellite images. His aim was to map the “spatial and cognitive relationships” between the pyramids and the positions that they are in. 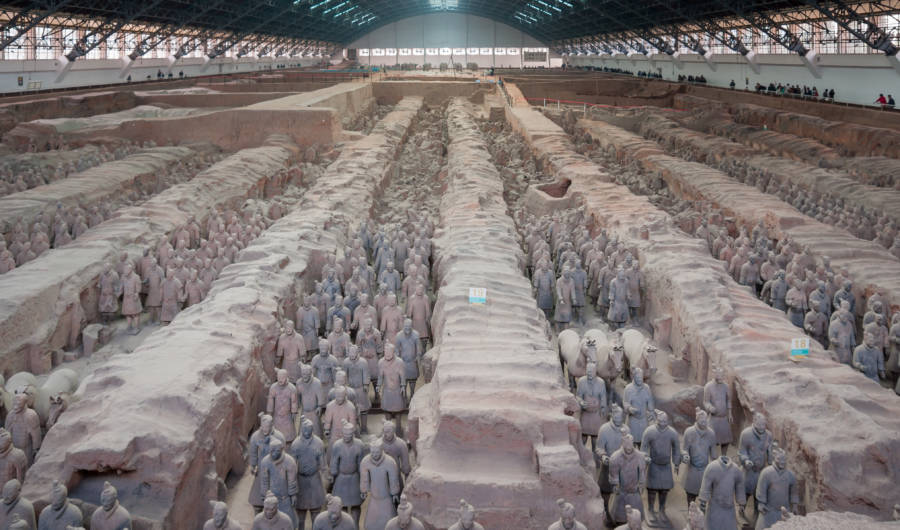 After investigating the satellite images, Magli concluded that the strange positions were not an accident or a result of human error. Instead, he posits that these pyramids were aligned according to the positioning of the stars.

The rotational axis of the planets shifts over long periods of time, which in turn causes the position of the stars to change as well. This is a phenomenon is called the precession of the equinoxes. So at the time that the pyramids were created, there wasn’t a star that was aligned to the north celestial pole.

To fix the issue, the ancient Chinese positioned their pyramids to align with the star to which the pole would be approached in the future, Polaris, aka the North Star. 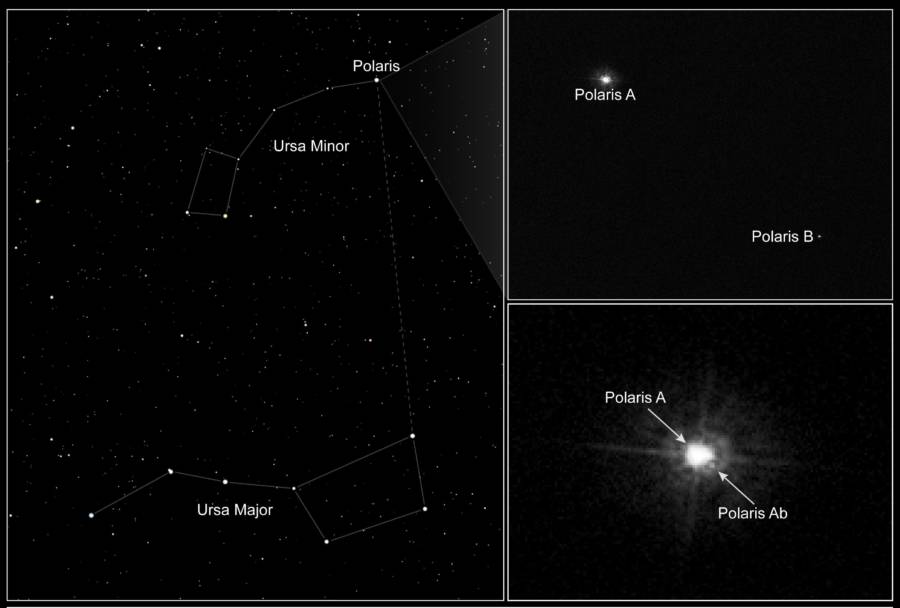 Wikimedia CommonsPictures of Polaris taken from the Hubble telescope.

When looking at the positioning of Polaris over the course of history, evidence suggests that it was positioned almost exactly where these ancient Chinese pyramids face today, Magli adds.

Polaris held a great deal of importance in ancient Chinese culture. The star was seen as the great emperor of the heavens, so it would make sense that the former rulers of the Han dynasty would want to be facing the highest emperor in the sky.

Although the solution to this mystery isn’t as exciting as, say, concluding that aliens helped the ancient Chinese build these pyramids, it surely relays a great deal of information to experts in the field.

Next, check out this ancient Chinese tomb filled with mysterious figurines. Then, read these 33 facts about ancient China that will blow your mind.