Items found with the skeletons — including iron arrowheads, horse harnesses, and a broken vase — helped researchers trace back the burial to the 4th century B.C. 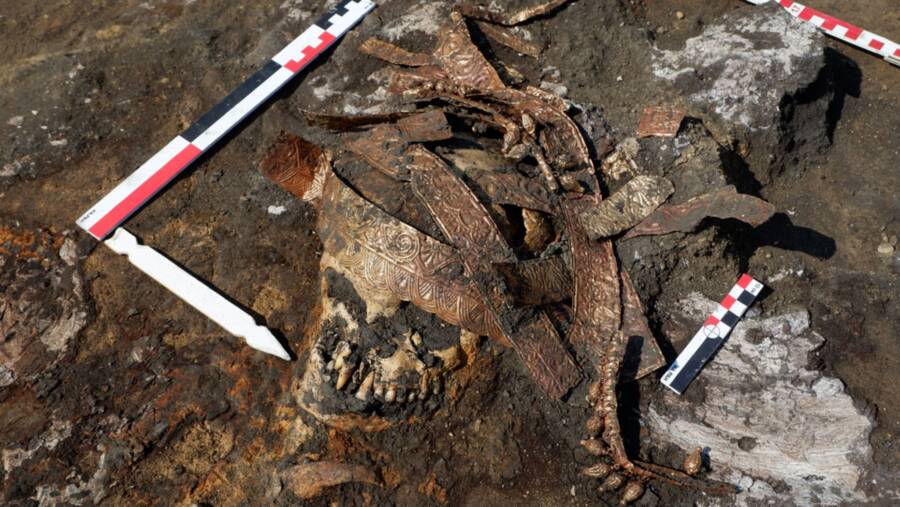 Institute of Archaeology RASThe oldest woman found in the grave wore a calathos, which is a ceremonial headdress.

Archaeologists in Russia have uncovered the remains of four Amazon women of different ages buried in the same tomb. According to CNN, this is the first time in history that such a discovery has been made.

Published by the Institute of Archaeology of the Russian Academy of Sciences, a new study estimates one girl to have been between 12 and 13 years old when she died. The second was aged 20 to 29, the third was 25 to 35, and the fourth was 45 to 50.

The tomb itself was built from clay and oak blocks.

This suggests the warrior women were Scythians, who were ancient warriors living throughout Siberia between 200 and 900 B.C. Female Scythians, in turn, were Amazons — and the inspiration behind Wonder Woman.

The more magical elements, of course, have yet to be discovered. 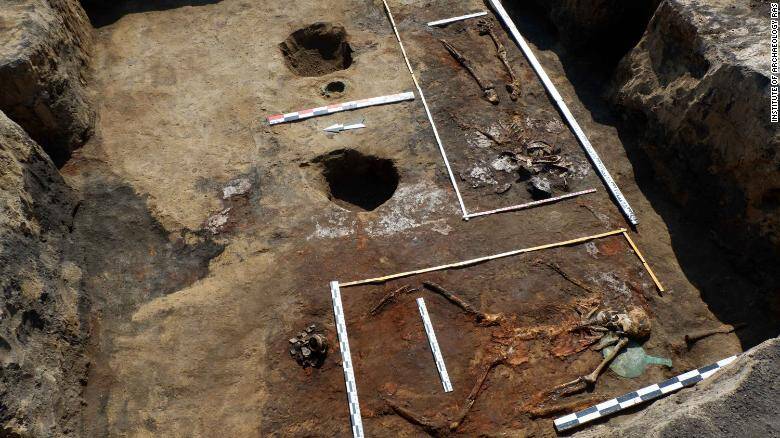 This remarkable find took place at a cemetery in the Voronezh region of Russia called Devitsa V. The site is comprised of 19 burial mounds, and has been studied since 2010. It took an entire decade, however, for the Don Archaeological Society of the RAS to excavate these specific remains.

“The Amazons are common Scythian phenomenon and during the last decade our expedition has discovered approximately 11 burials of young armed women,” said Valerii Guliaev, head of the expedition.

“Separate barrows were filled for them and all burial rites which were usually made for men were done for them.”

The ancient personal items of this stunning discovery carry with them priceless ancient information that clarifies just how these people lived, millennia ago. While the girl and one of the young woman’s graves were ravaged by robbers in ancient times, the other graves were left undisturbed.

One young woman was buried as a “horseman,” which meant her body underwent a rather macabre tradition that includes cutting the tendons in the legs. Underneath her left shoulder was a bronze mirror, two spears, and a glass bead bracelet along her left side and hand.

At her legs laid a one-armed drinking cup and a dish adorned with a black lacquer design. 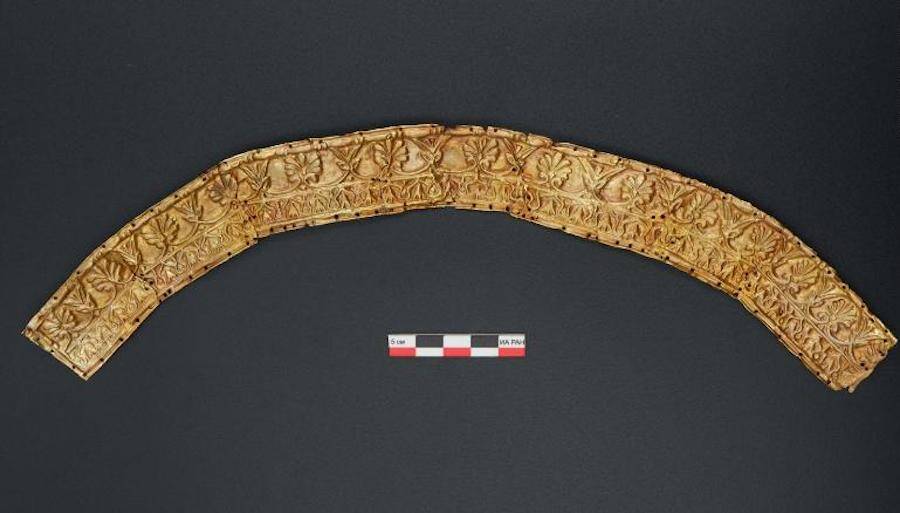 Institute of Archaeology RASIn addition to the headdress, many other priceless artifacts were also found.

The average life expectancy for a Scythian woman was between 30 and 35, making the oldest woman’s age at the time of death impressive enough. The calathos, or ceremonial headdress adorned with floral ornamented plates and pendants, however, was just as surprising.

The jewelry she was buried with was 65 to 70 percent gold, with copper, silver, and iron comprising the rest. Scythian jewelry has previously been found to contain far less gold. She was also buried with an iron knife that was wrapped in fabric, and an iron arrowhead with a forked end.

The researchers explained that the headdress was shocking to find, as so few of them even survived the burial itself, not to mention the years before people dug them up. Archaeologists typically find mere fragments of these calathos, rather than entirely preserved ones.

Besides the intriguing, ancient objects found in the middle of Siberia, the fact that no one has ever found for Amazons buried in the same grave before makes this rather exciting. There’s no telling what researchers will find in the remaining mounds at Devitsa V.