What really happened to the Andrea Gail during 'The Perfect Storm' of 1991? 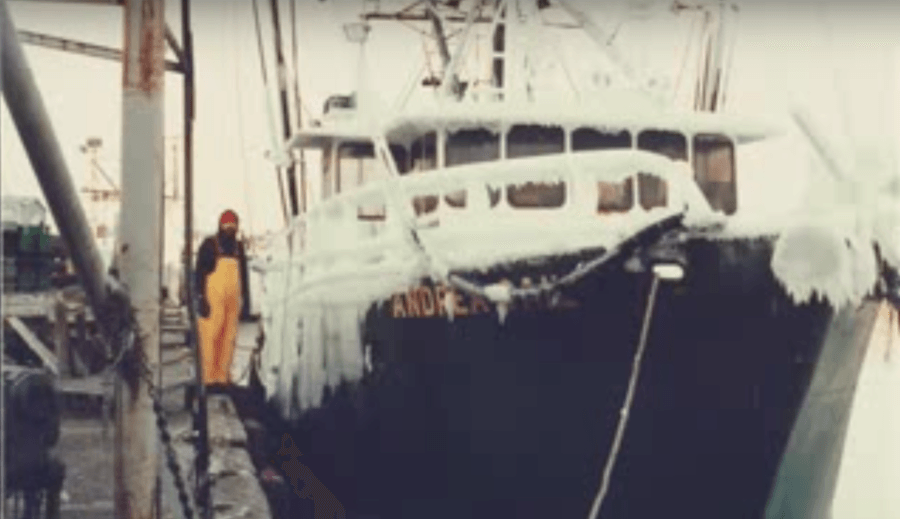 In Search Of A Payday

On Sept. 20, 1991, the Andrea Gail left port in Gloucester, Mass. for the Grand Banks of Newfoundland. The plan was to fill the hold with swordfish and return within a month or so, but that depended on the crew’s luck. Once the ship arrived at the Grand Banks, the crew found that they weren’t having much of that.

Like most fishermen, the six-man crew of the Andrea Gail would have preferred a quick voyage. They wanted to get their fish, return to port, and go back to their families with a decent amount of money in their pockets. Every day they spent fishing without a catch meant another lonely day out in the cold waters of the Atlantic.

The Captain, Frank “Billy” Tyne, decided that to get home as soon as possible, they’d first have to travel farther away. The Andrea Gail set its course east toward Flemish Cap, another fishing ground where Tyne hoped they’d make a nice haul. It was especially important for the ship to fill its hold quickly, since the ice machine had broken down, meaning that anything they did catch would be spoiled by the time they got back to port if they stayed at sea for too long.

Meanwhile, as the men on the Andrea Gail were cursing their luck, a storm was brewing off the coast.

Some extremely weather patterns were coming together to create the ideal conditions for a massive nor’easter. A cold front from the east coast of the United States created a wave of low pressure, which met a high-pressure ridge from Canada in the Atlantic. The meeting of the two fronts created a swirling mass of wind as the air moved between areas of high and low pressure. 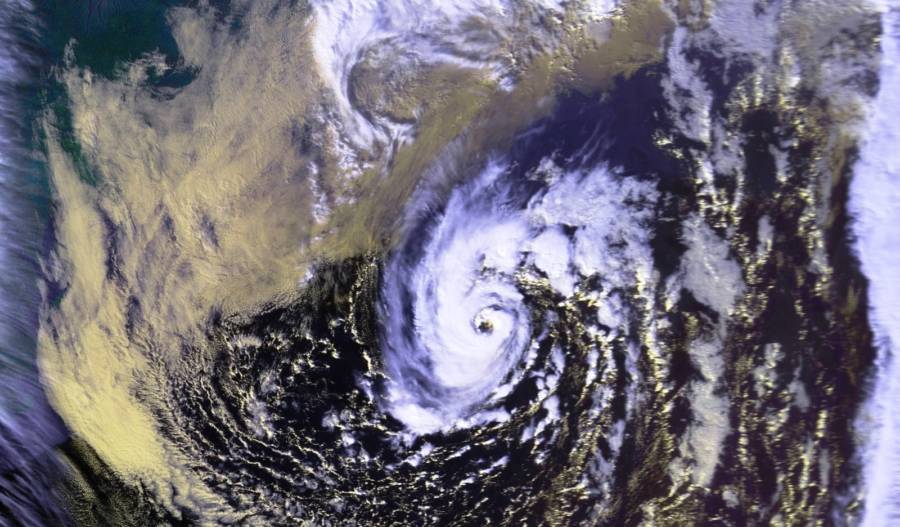 Nor’easters are common in the region, but there was one more unusual element that made this particular storm so terrible. The remnants of the short-lived Hurricane Grace was lingering in the area. The warm air left over from the hurricane was then sucked into the cyclone, creating what came to be known as “The Perfect Storm,” due to the rare combination of circumstances that made the tempest uniquely powerful.

The storm began to move inland, steering it squarely between the Andrea Gail and home.

But back on board, things seemed to be turning around — Tyne’s decision to try Flemish Cap had paid off. The holds were filled with enough swordfish to earn every man on board a big paycheck. On Oct. 27 Captain Tyne decided to pack it in and head home. The next day, the Andrea Gail made contact with another ship fishing in the area.

Loss Of The Andrea Gail

Linda Greenlaw, the captain of the ship communicating with the Andrea Gail, remembered later, “I wanted a weather report, and Billy [Tyne] wanted a fishing report. I recall him saying, ‘The weather sucks. You probably won’t be fishing tomorrow night.”

It was the last anyone ever heard from the crew. The storm was building rapidly with no word from the men at sea. When the owner of the ship, Robert Brown, failed to hear back from the ship for three days, he reported it missing to the Coast Guard. 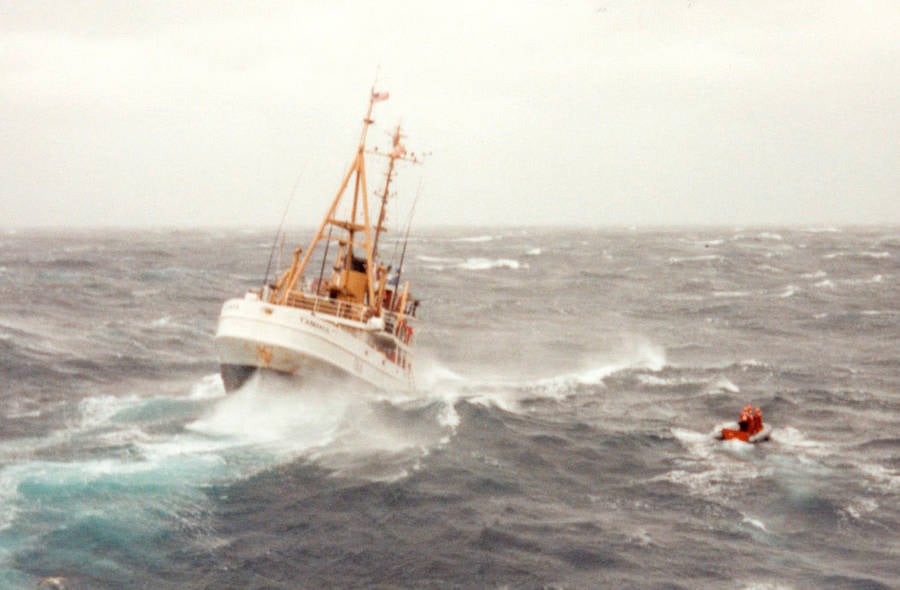 “Depending on the conditions and the amount of catch, they are usually out there a month,” Brown said after the storm. “But what got me worried is that there were no communications for such a long time.”

By Oct. 30, the day the ship was reported missing, the storm the Andrea Gail had just ventured into had reached the peak of its intensity. Wind gusts of 70 miles per hour were whipping across the surface of the sea, creating waves some 30 feet high.

Back on shore, people were getting their own taste of the storm. According to the Boston Globe, the winds “tossed [boats] like beach toys [in] the surf.” Houses were pulled off their foundations by the rising water. By the time the storm was over, it had caused millions of dollars in damage and 13 deaths.

The Coast Guard started a massive search for the crew of the Andrea Gail on Oct. 31. There was no sign of the ship or the crew until Nov. 6, when the ship’s emergency beacon washed ashore on Sable Island off the coast of Canada. Eventually, more debris turned up, but the crew and ship were never seen again.

The story of the shipwreck was eventually told in a book by Sebastian Junger titled The Perfect Storm in 1997. In 2000, it was adapted into a movie with the same title starring George Clooney.

In the movie, the Andrea Gail was swamped by a massive wave in the middle of the storm. In truth, no one is sure what happened to the ship or its crew.

“I think the book was true, well researched, and well written,” said Maryanne Shatford, sister of missing crewman Bob Shatford. “It was the movie that was too Hollywood. They wanted it to be a story more than it was between the characters.”

According to Linda Greenlaw, “My one gripe about The Perfect Storm movie was how Warner Brothers depicted Billy Tyne and his crew as making a very conscious decision to steam into a storm that they knew was dangerous. That is not what happened. The Andrea Gail was three days into their steam home when the storm hit. Whatever happened to the Andrea Gail happened very quickly.”

Next, read the true story of Tami Oldham Ashcraft and the ‘Adrift’ move. Then, learn the harrowing tale of John Paul Getty III’s kidnapping.