Andy Warhol, Inside The Life Of An Iconic Pop Artist And Hoarder 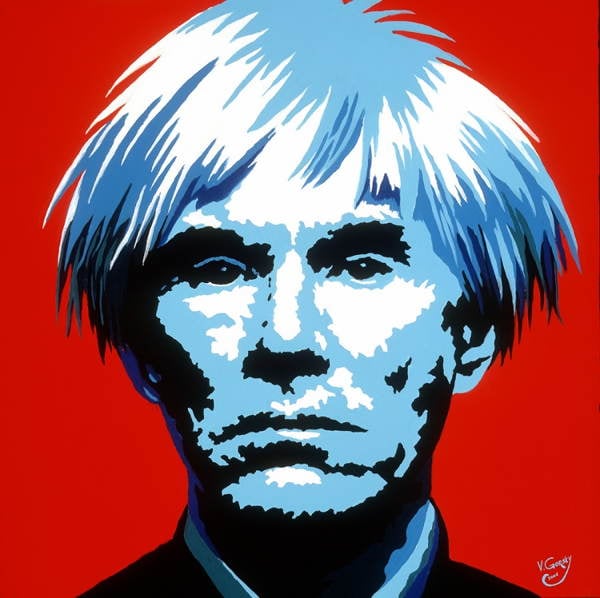 Long before YouTube, Facebook or even MTV’s genre-spawning “Real World,” when Andy Warhol coined his now-prescient phrase “fifteen minutes of fame,” he believed that technology and culture would merge to deliver everyone a moment of personal superstardom. But he couldn’t have known that some people would earn their notoriety by exposing the misery and sickness of living in chaotic clutter. 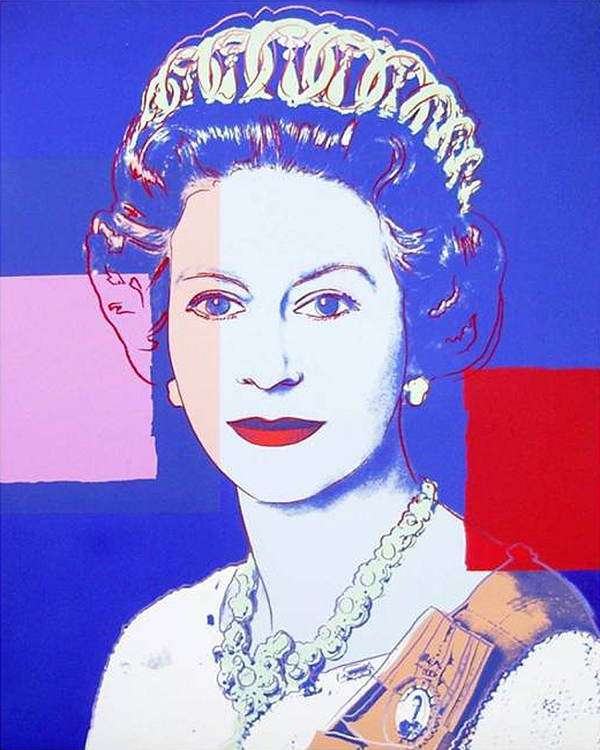 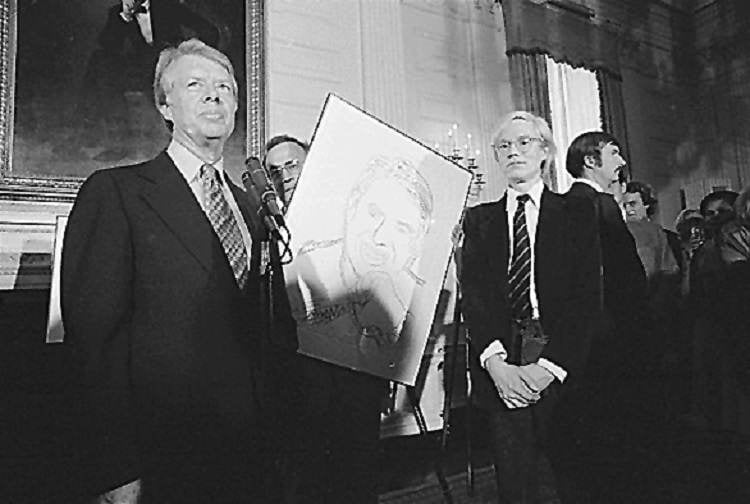 Nevertheless, it’s doubtful Andy would have been shocked by a TV show like today’s “Hoarders.” In his own life, Warhol also seemed to blur the line between collecting and compulsive squirreling away. The man who multiplied Marilyns, Judys and English Monarchs for public consumption through New York Factory-made silkscreens, amassed a mountain of what he simply called “stuff” in his own four-story East Side townhouse and nearby storage.

In stark contrast to the chaotic atmosphere in Warhol’s famed Factory, where he often created artwork while members of his drug-addled entourage of drag queens, drifters and other hangers-on watched, the front parlors of Andy’s home were comparatively tidy and tastefully decorated. But behind those walls, other rooms were packed to capacity. 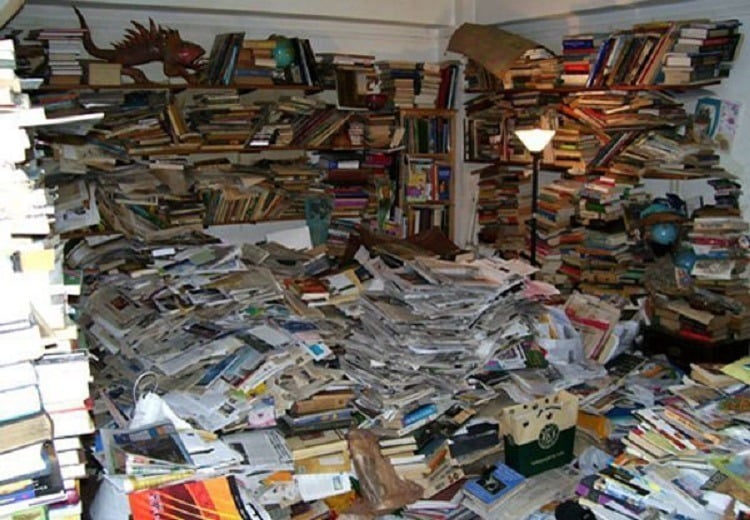 The public learned the extent of Warhol’s hoarding habits after he died in 1987, leaving behind urban digs that were a world unto themselves, filled with disparate collections of airplane menus, unpaid invoices, pizza dough, pornographic pulp novels, grocery store fliers and stamps. Warhol had 600 boxes filled with used plane tickets, souvenirs, newspapers and other ephemera that he had been collecting since 1973.

Warhol called them cardboard “Time Capsules”, seeing the boxes more as an artistic pursuit than he did signs of potential illness. The boxes are now housed at the Andy Warhol Museum in the artist’s hometown, Pittsburgh, where their contents are periodically put on display. 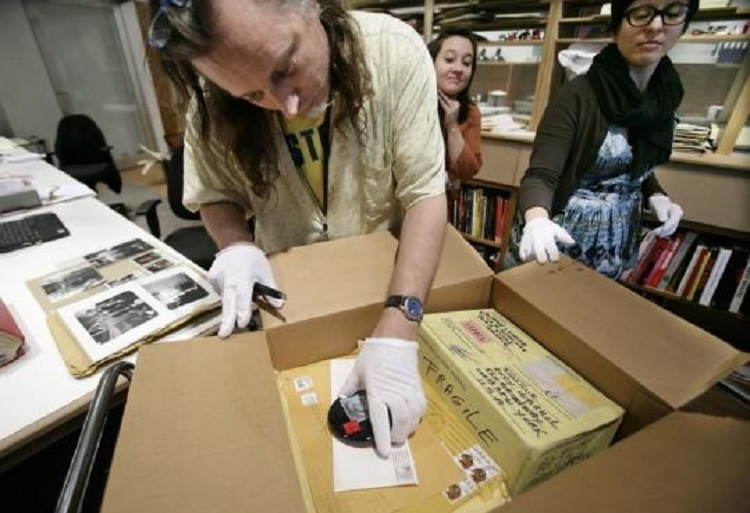 But Warhol, probably best remembered for turning a Campbell’s soup can into art, left behind instructions for other flotsam and jetsam to be sold and raise money for the Andy Warhol Foundation for the Visual Arts, which would serve as the pop artist’s estate and funding source for emerging artists.

Incredibly, it took a year for Sotheby’s auction house in New York to research and catalog everything—artwork, clothing, precious gems, decor, even Warhol’s 1974 Rolls-Royce Silver Shadow and a mummified human foot from Ancient Egypt that he might have found at a flea market. 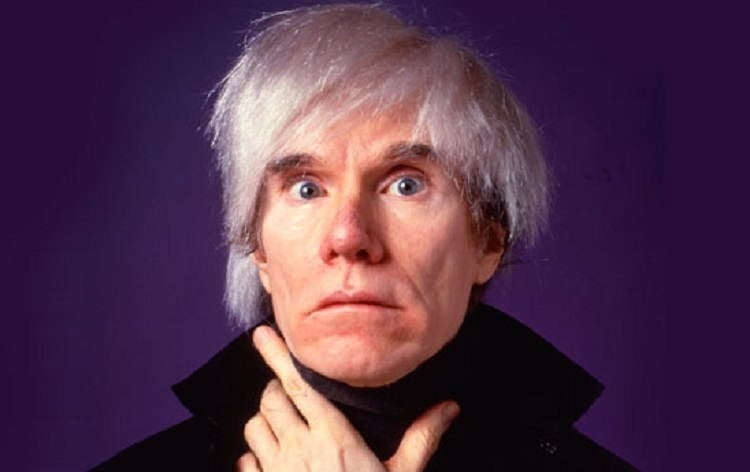 With obvious appeal to other collectors (or hoarders, as the case may be), the auctioned items also included high-end examples of Federal-era furnishings, Art Deco furniture and silver, important postwar art and American Indian artifacts in what was billed “one of the largest and most diversified holdings ever auctioned at Sotheby’s.” 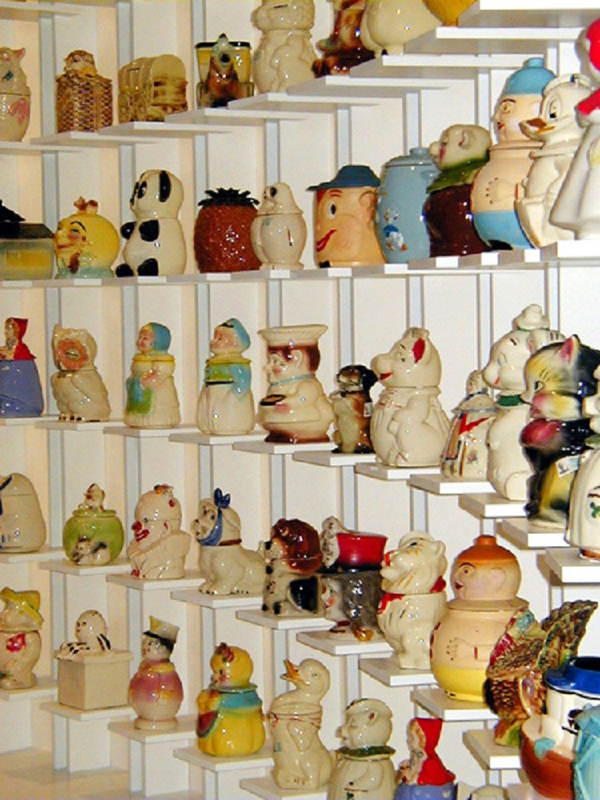