14 Animal Blood Sports That Were Once Considered Entertainment

From bear-baiting to goose-pulling, these animal blood sports were as violent as they were popular. 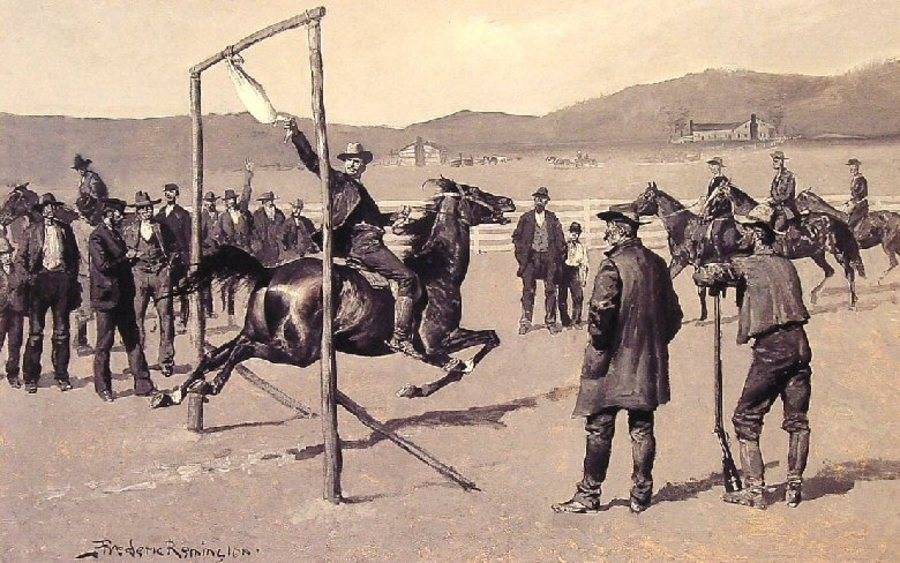 Goose-pulling was among the more awful animal blood sports that was popular in the Netherlands, Belgium, England, and North America between the 17th and 19th centuries, although it actually originated in 12th-century Spain.

The sport involved securing a live goose onto a pole stretched above a road. The goose's head was greased and the objective of the game was to grab its head and pull it off its body while galloping on horseback. The participant who succeeded in pulling of the goose's head became known as the "noble hero of the day."Wikimedia Commons 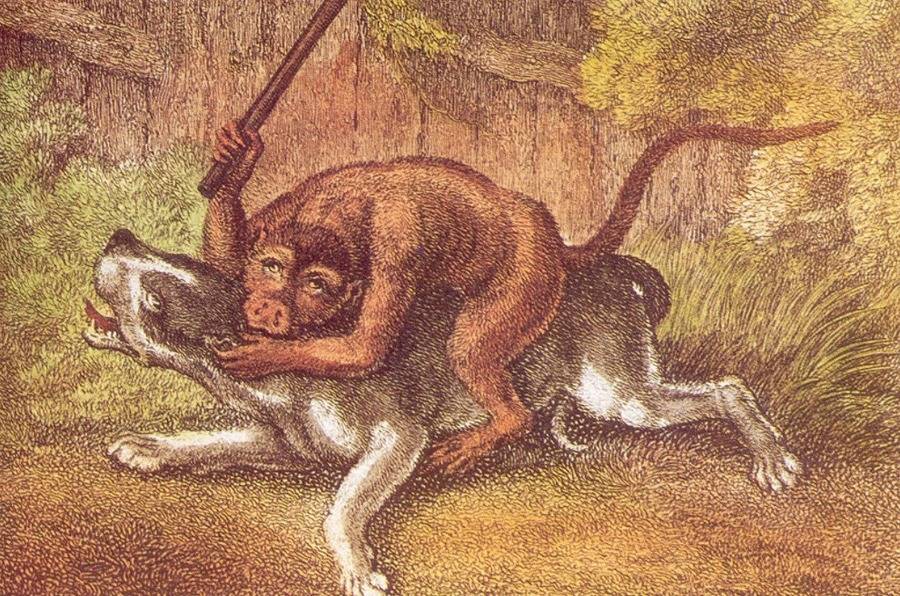 Monkey-baiting, popular in 18th- and 19th-century England, involved a dog fighting a monkey.

To the surprise of many spectators, the monkeys often won such fights due to their dexterity and unique fighting style. One such champion monkey was named Jacco Macacco. He fought in monkey-baiting matches in London in the early 1820s and defeated 14 dogs before he had his jaw torn off by a fierce dog named Puss and died not long after the match. Wikimedia Commons 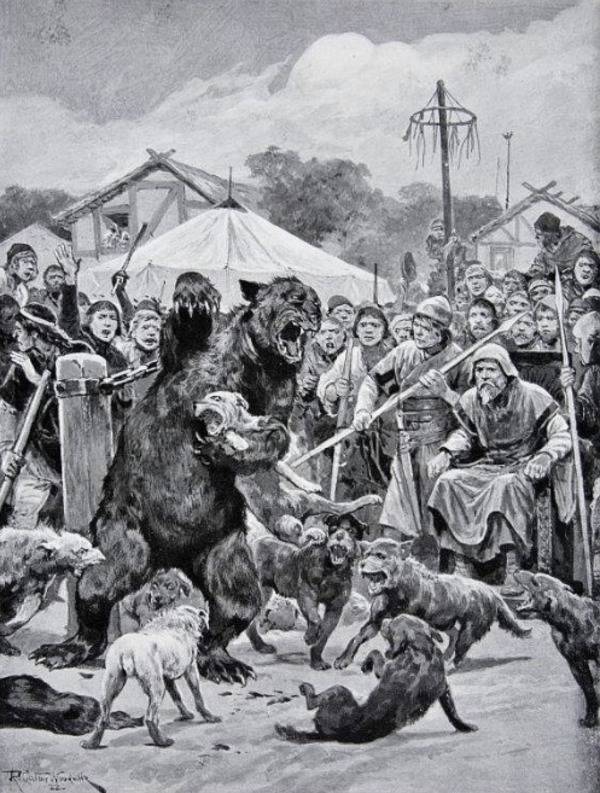 Bear-baiting was particularly popular in 16th- and 17th-century England. The sport involved chaining a bear to a stake either by its leg or by its neck. Dogs were then unleashed into the pit to torment the wild animal.

Henry VIII was particularly fond of this cruel sport, as was Queen Elizabeth I, who went so far as to overrule Parliament's decision to ban bear-baiting on Sundays. Wikimedia Commons 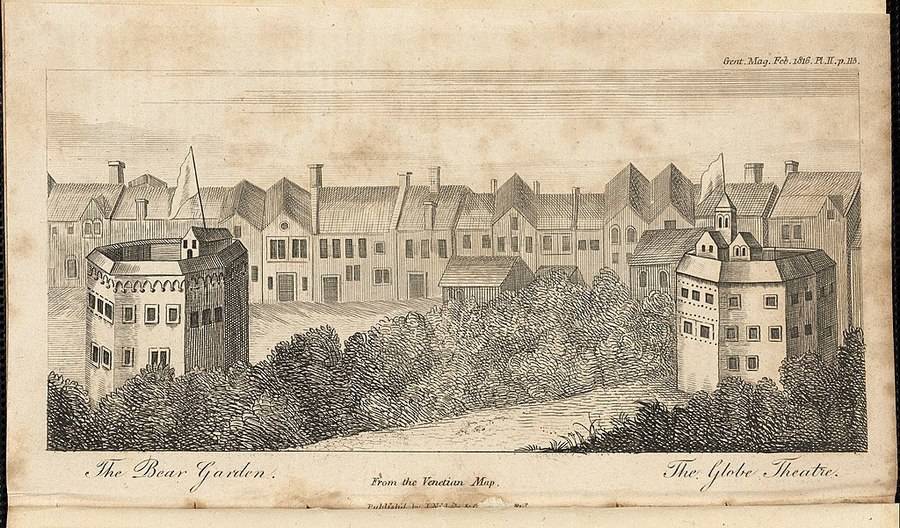 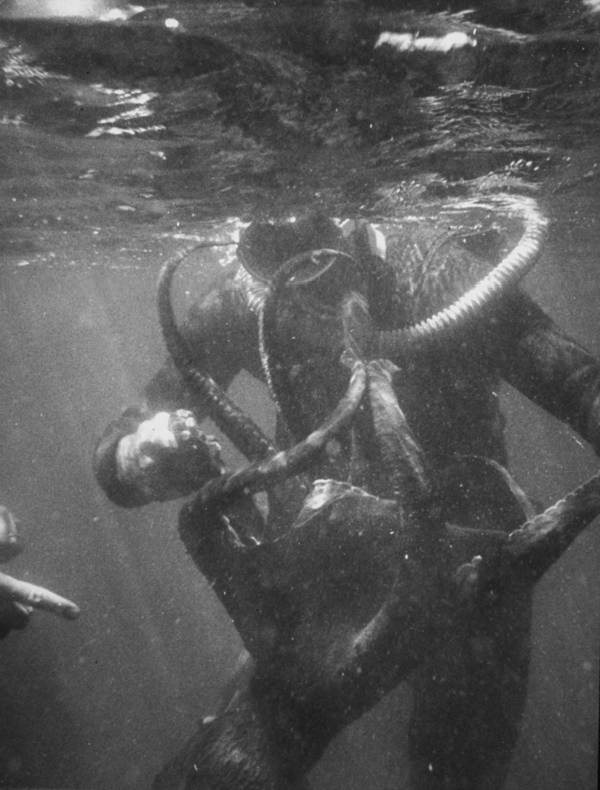 The rather bizarre sport of octopus-wrestling was popular in the early 20th century, especially on the West Coast of the United States.

As the name suggests, the sport involved the participants wrestling with an octopus and then dragging it up to the surface. The team or the individual that wrestled the biggest octopus won.

The sport was taken so seriously that in the 1960s, a World Octopus Wrestling Championship was held yearly in Puget Sound, Washington.Peter Stackpole/The LIFE Images Collection/Getty Images 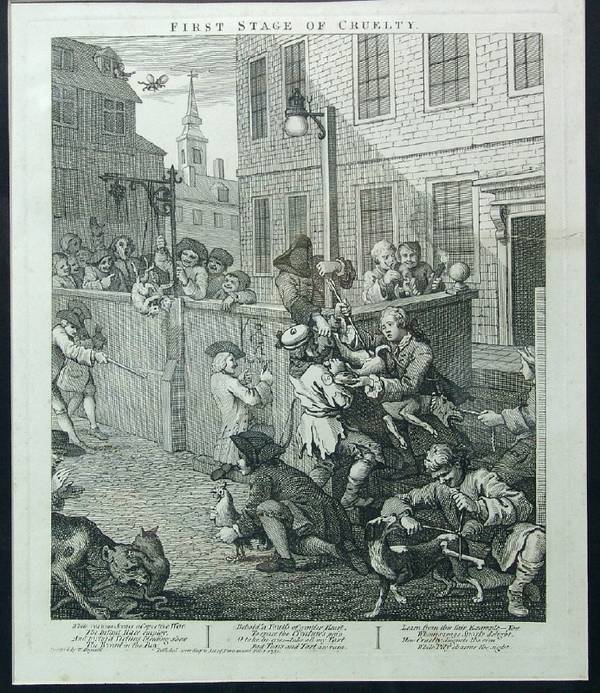 Popular in 17th- and 18th- century England, cock-throwing involved tying a cock to a post and then throwing specially weighted sticks at it until the helpless bird died. In 17th century, cock-throwing was banned in Bristol by Puritan officials which resulted in violent riots. Cock-throwing began to lose its popularity when the public grew increasingly concerned with animal welfare.Wikimedia Commons 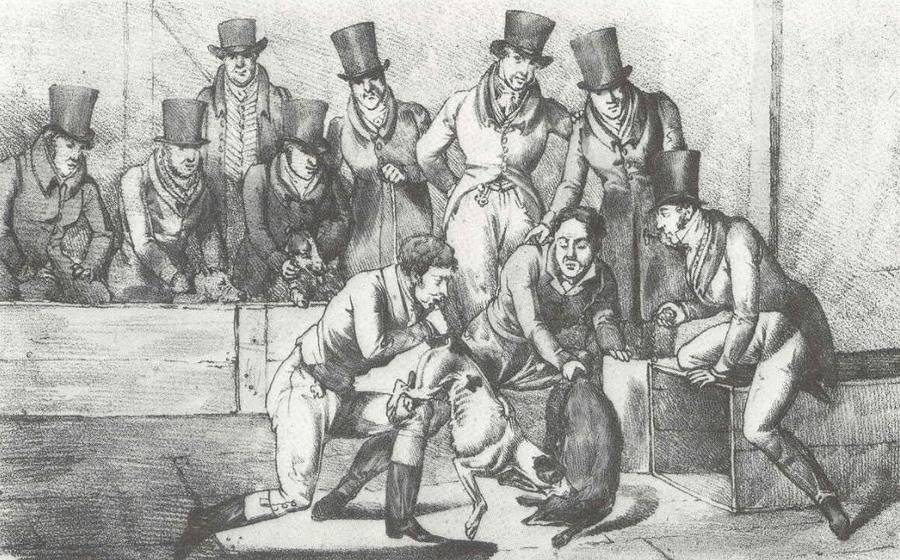 Popular from the Middle Ages until the 19th century, badger-baiting usually took place in the back gardens of taverns, where owners encouraged these bloody spectacles because they increased beer sales.

In some cases, the tail of the badger was nailed to the ground. The badger was then baited either until it died from the injuries caused by the dogs or from tail gangrene. The dogs were also often injured so badly that they had to be euthanized.Wikimedia Commons 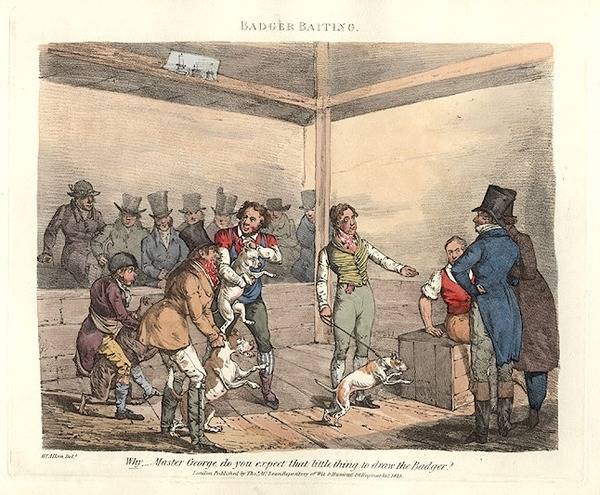 A variation on badger baiting, drawing the badger became a popular sport in the early 20th century. The sport involved placing a badger inside a box that looked like its den. A dog was then pushed into the box and was almost immediately seized by the badger.

Drawing the badger was basically a way to test dogs; inexperienced dogs were often brutally mauled by the badgers and in some cases even killed. Wikimedia Commons 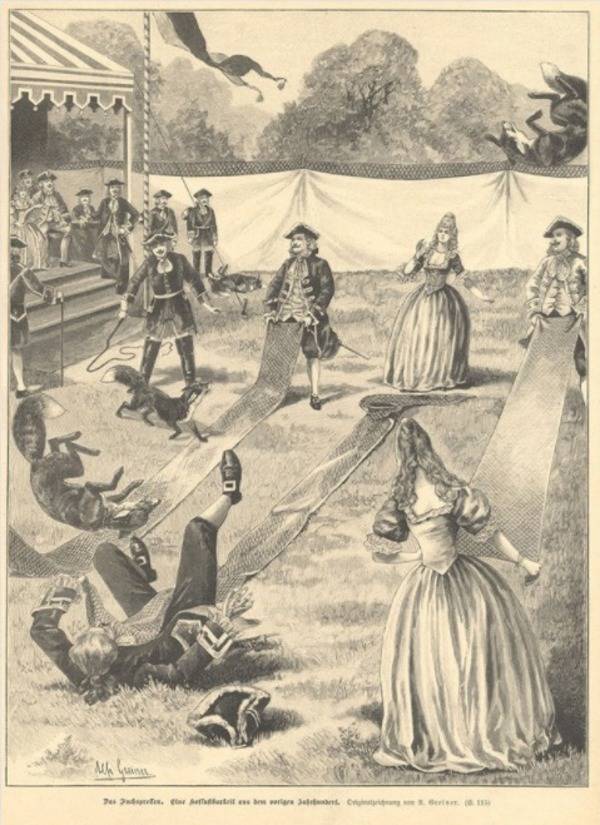 The rules of fox-tossing, one of the animal blood sports popular among 17th- and 18th-century European aristocracy, were simple: Teams of two stood in a small courtyard holding each end of a sling sheet. As foxes were released into the courtyard, each team focused hard on tossing the fox into the air with their sling. The team that tossed the fox the highest would win.

Some competitors managed to throw foxes 7.5 meters high. As you can imagine, this sport was, in most cases, fatal for the foxes.Wikimedia Commons 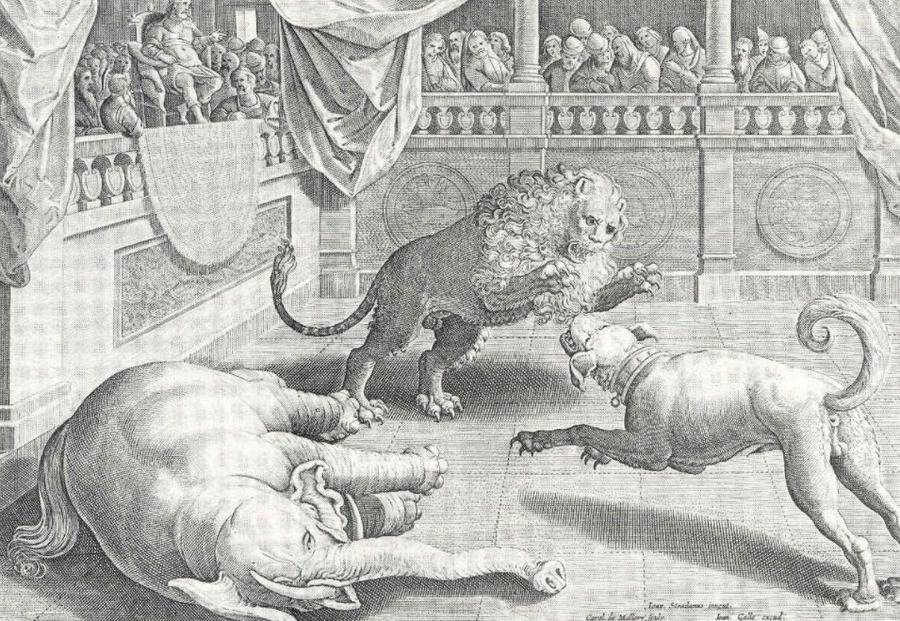 The first recorded lion-baiting took place at the court of King James I of England in 1610. But it wasn't until the 19th century that the public grew outraged enough such that the matter was quickly raised in the Parliament of United Kingdom and the sport was soon banned.Wikimedia Commons 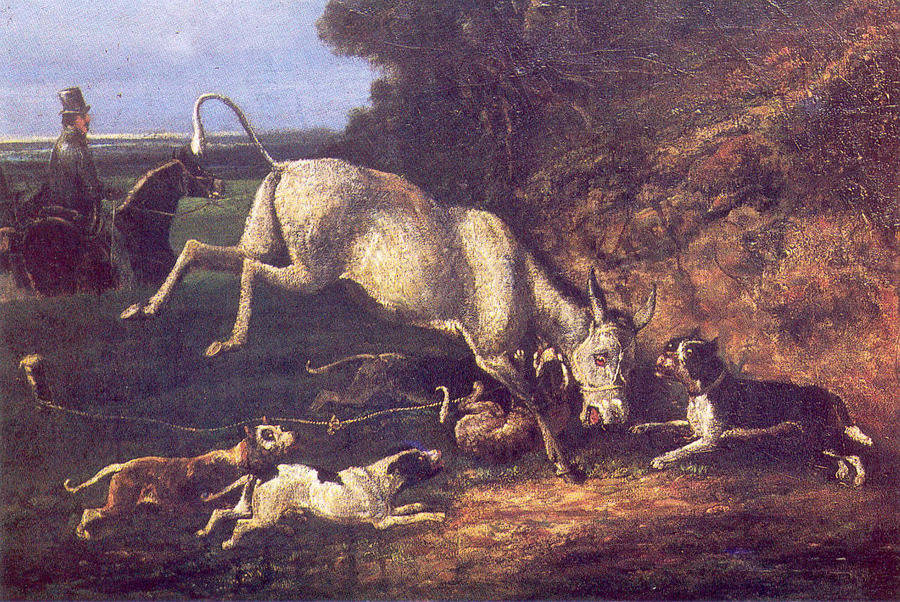 Donkey-baiting was not an unusual sight in Victorian England. However, it never really took off like some other animal blood sports due to the mild nature of donkeys, who, in most cases, refused to fight the dogs. Wikimedia Commons 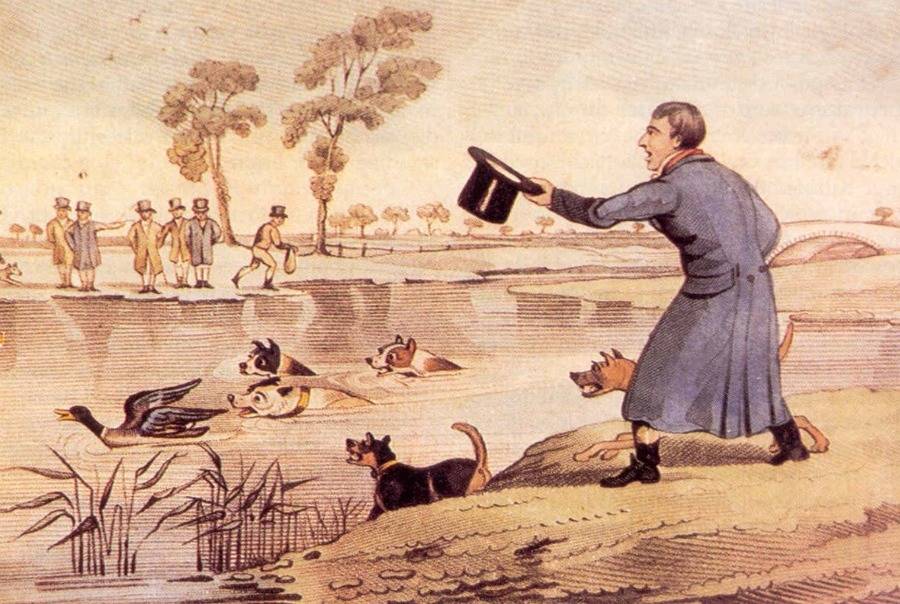 Duck-baiting, popular in early 19th-century England, involved constraining the wings of ducks and then releasing them into a pond. With their wings constrained, the ducks were able to float atop the water but were unable to fly away. Dogs were then released into the pond and a water battle between the dog and the duck ensued.

It is said that Charles II was particularly fond of duck-baiting. However, the sport declined in the late 19th century due to public alarm over the rowdy crowds. Wikimedia Commons 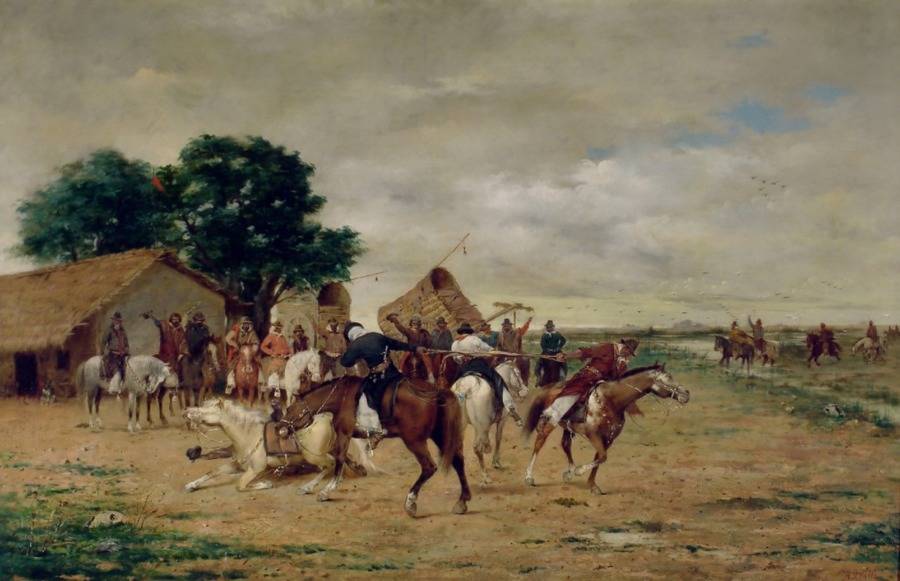 Pato, also known as Juego del Pato, is an Argentinian game that is played on horseback. The game combines elements of polo and basketball and is still popular to this day. However, some forget that the early version of the sport was played with a duck instead of a ball, hence the name of the game: "Pato" (duck). Wikimedia Commons 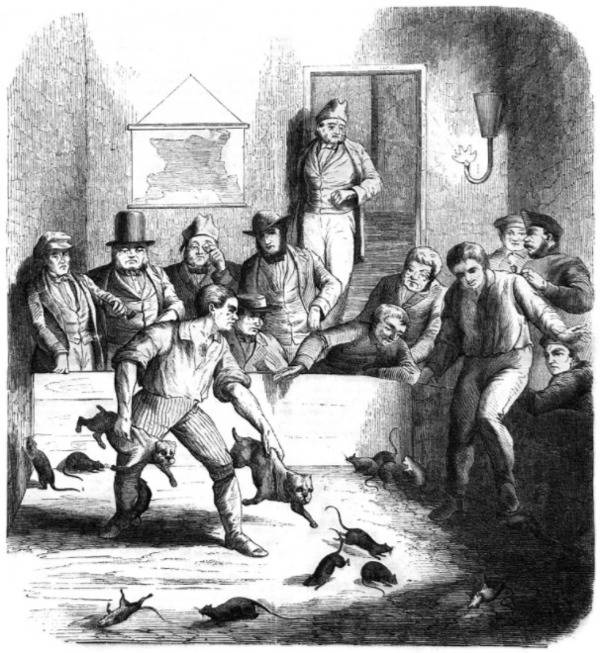 Rat-baiting was popular in 19th-century Britain. Spectators of this blood sport would bet on how long it would take a dog to kill all the rats in an enclosed area. Wikimedia Commons

Our ancestors were a creative bunch. Their entertainment options were severely limited and yet they found countless ways to amuse themselves, some of which were far more violent than the leisure activities of today.

While nowadays we can satisfy our thirst for violence by switching on a crime show, back in the day (whether it was centuries ago, mere decades ago, or even still in some places today), that thirst could be satisfied by some truly disturbing animal blood sports instead. Severely injuring, maiming, or killing animals for the pleasure of spectators was as common a pastime as going to the movies is today.

Everyone loved a good spectacle and it wasn’t just crude men who reveled in animal blood sports. It was also women and children, from aristocrats on down. And sometimes, for these spectators, just watching blood sports wasn't enough – they actually got involved.

Learn more about some of history's most violent animal blood sports in the gallery above.