Animals have always played a huge role in society. Besides the ones we keep as beloved pets, we love to learn about the vast diversity that nature has to offer.

However, there are right and wrong ways to go about this. Watch an Attenborough documentary and learn all kinds of cool things about animals in their natural habitats. Watch cartoons and old movies and get plenty of animal myths and misconceptions that you might still believe to this day.

1. Bees can only sting you once 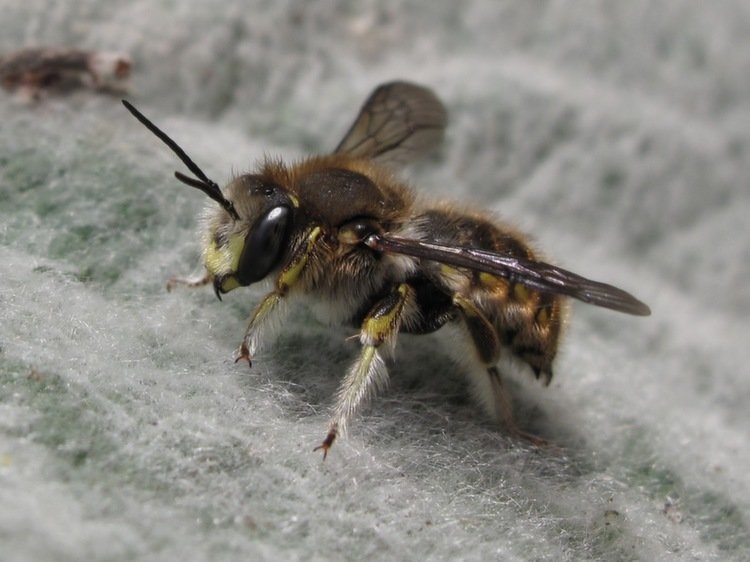 Another bee myth – many bees are solitary, they don’t live in a large group. Source: Blogspot

For many people, this is the way to tell bees apart from wasps – a bee dies after it stings you while a wasp can do it over and over again. Sorry to say, but this is only true for honey bees, and they make up a very small minority of bee species.

Honey bees die because their stingers have barbs at the ends and get lodged into their target. Then, when the bees fly off, they are basically ripping themselves in half. However, most other species of bees have a smooth stinger that can go in and out of the target with no problems. 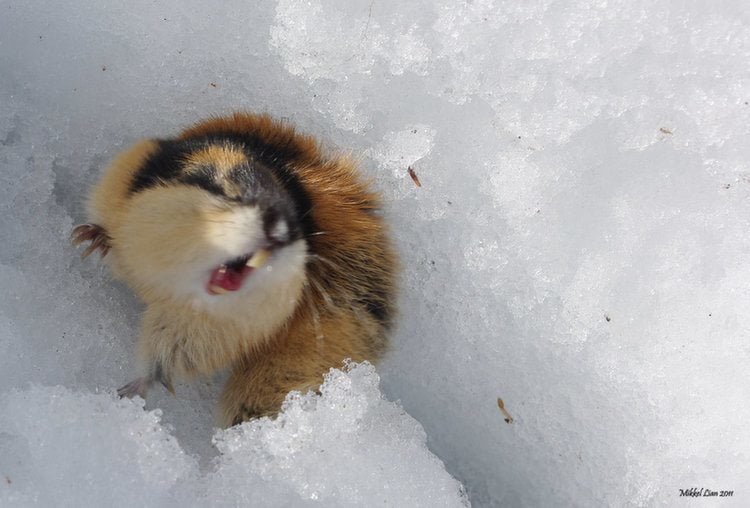 Besides the animal, the term “lemming” can be used to refer to a person who follows everybody else without thinking. It is inspired by the (animal) lemmings that supposedly commit mass unintentional suicide by jumping off cliffs in groups. Disney gets all the blame for this myth. The idea of suicidal lemmings comes from a very successful 1958 Disney film called White Wilderness which won an Oscar for Best Documentary.

The film depicts such an event, with dozens of lemmings tumbling towards their doom. The only problem is that the whole thing was completely staged by Disney, who basically chucked the lemmings into the water. 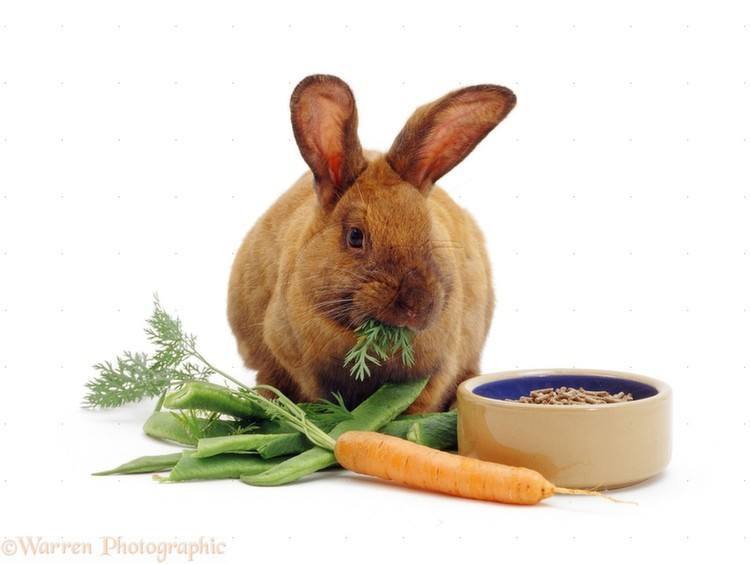 While we’re blaming Hollywood, we might as well mention that it also fabricated the rabbit’s love for carrots. Sure, it will eat them, but as any bunny owner could attest, rabbits prefer leafy green vegetables. The image of the rabbit enjoying a carrot was, of course, made iconic by Bugs Bunny.

However, when Bugs first did it, he was actually parodying a (then) famous scene from another movie called It Happened One Night. In the movie, Clark Gable is munching away on the carrot while talking and, when Bugs did it, he was merely referencing a scene which was quite well-known at the time, but became less so over the years. 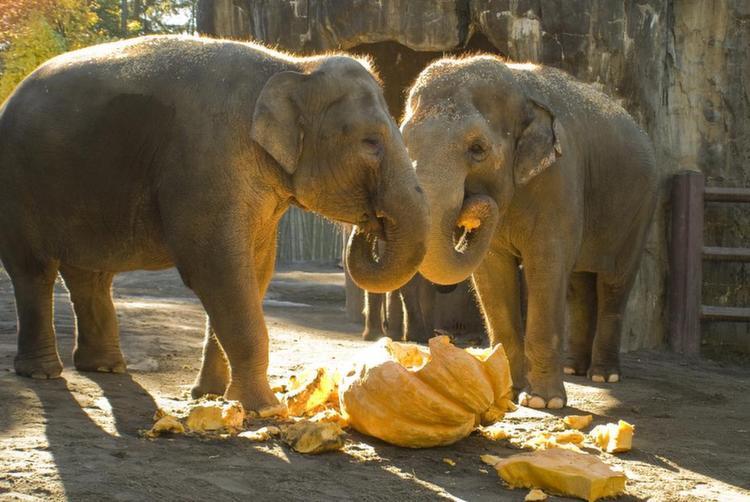 The logic here is pretty much the same as that of the rabbits. Because of old cartoons, people get this idea that elephants are crazy about peanuts and they were constantly fed peanuts at circuses and zoos. This is not a common practice nowadays, though.

In the wild, peanuts are simply not a part of an elephant’s diet and most who’ve been fed peanuts in captivity don’t like them. They prefer hay and other grains along with plenty of fruits and vegetables.

5. We swallow 100 spiders per year in our sleep 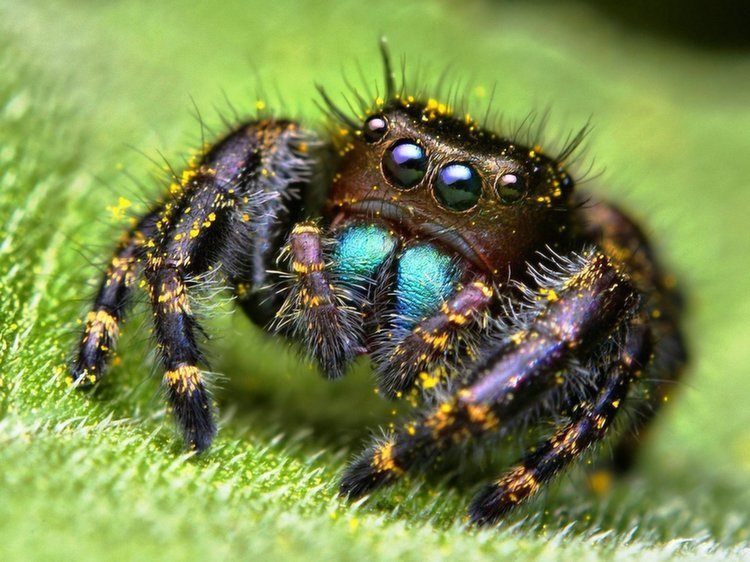 The number associated with spider consumption is not always 100. Sometimes it is 50, sometimes it is 200. It doesn’t really matter, though, because none of those numbers are correct.

It could be possible for you to swallow a spider or two in your lifetime, but it is definitely not a common occurrence. Spiders know better than that. They have no reason to go anywhere near your mouth. This “fact” can be traced to the early days of the World Wide Web to show how people are gullible and will believe anything they read on the Internet.

6. Black Panthers are a species of animal 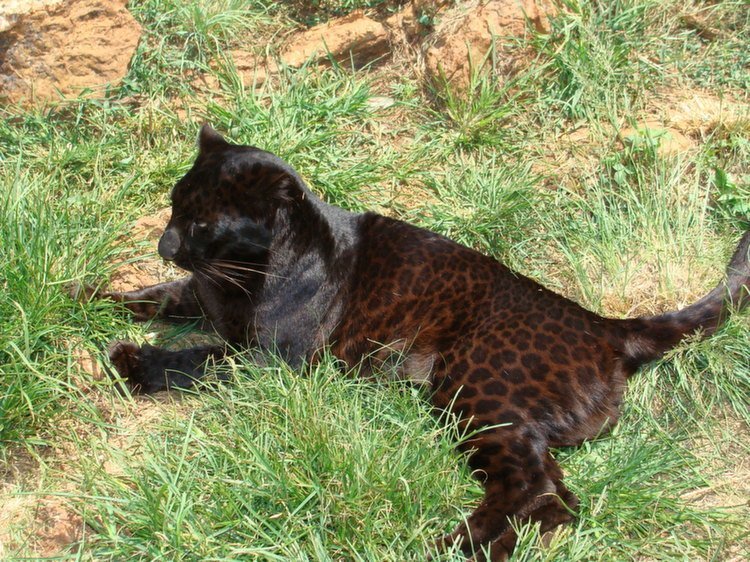 Black panthers are beautiful, but they are not an individual species of animal. These panthers are a subcategory of the Panthera genus (basically all the big cats) that suffer from melanism. Melanism (the opposite of albinism) is a condition which results in excessive black pigmentation. So, in other words, a black panther can be a range of animals, but typically they are jaguars in South America and leopards in Africa and Asia.

There have also been melanistic cougars reported in America, but there are no documented cases. You can tell what kind of species a black panther is if you observe it up-close. It is harder to see, but the coat will still have the distinctive markings of its particular species.

7. Ostriches stick their heads in the sand when they get scared 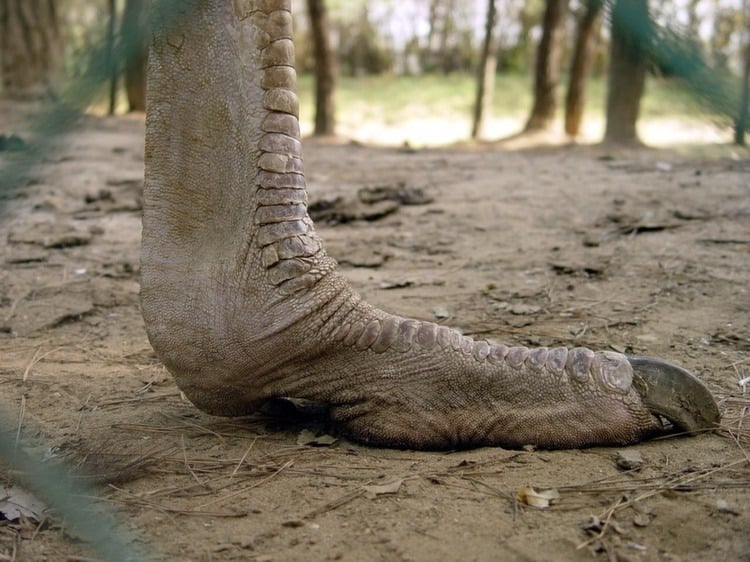 This one would be funny if it was true, but at no point have ostriches been observed doing anything similar to this (except in cartoons, of course). Unlike what TV shows would have you believe, when an ostrich is in danger, it will either fight or flight like most other animals.

And it is equipped to do both quite well. It can reach speeds of up to 40 mph. In a fight, an ostrich has big, sharp claws and a kick powerful enough to take down a lion. At 9 feet and over 300 pounds, these guys are the closest thing we have to a velociraptor. 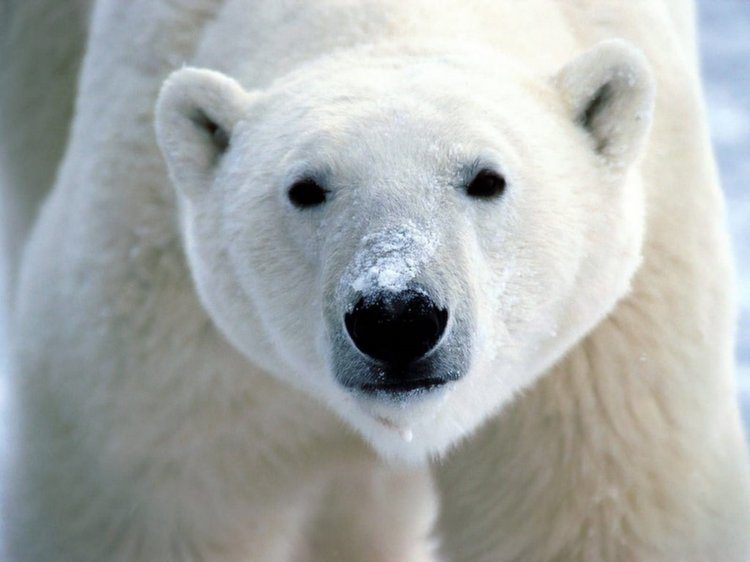 Again, this would make an amusing animal fact if it was true, but it is simply not. The idea is that the black nose of the polar bear is the only thing that stands out against the white, snowy background so, in an effort to reach ninja-level stealth, the bear covers its nose with a paw. We have observed polar bears for thousands of hours in their natural habitat and at no point did any of them use this little hunting trick. 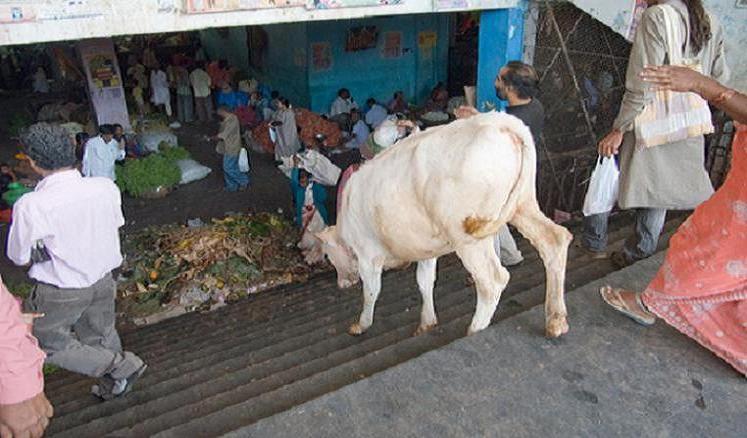 The myth is that you can lead a cow up a flight a stairs but you can’t lead it back down again. Because of how their knees bend, or so the “fact” goes, cows simply cannot climb down stairs.

And that’s not exactly true, since a cow’s ability to move down stairs really depends on how steep the stairs are. From an evolutionary standpoint, cows really aren’t built for stairs. Why would they be, really? However, stairs don’t have any magical properties that stop cows dead in their tracks. Given enough time and practice, cows can get used to climbing stairs just fine. 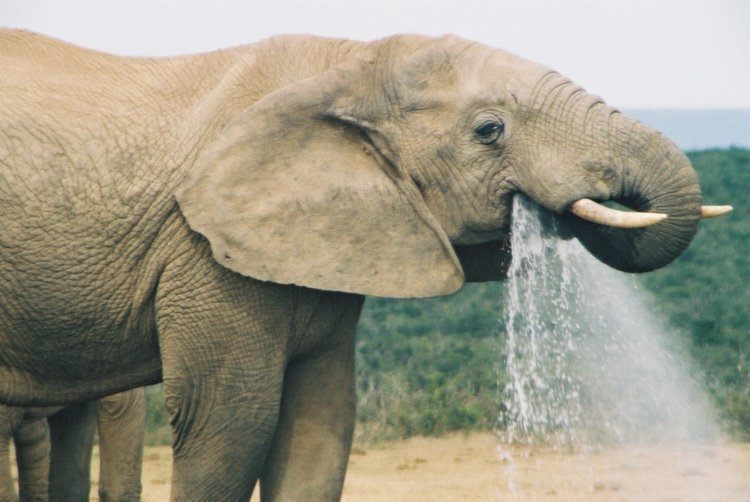 Here’s another one which could probably be blamed on cartoons. Besides being its most distinguishing feature, an elephant’s trunk is one of the most unique nose designs in nature. But that’s all it is, though – a regular nose. Since it is very long and dexterous, an elephant can use it to grab things but its primary role is to breathe air, just like any other nose.

Something an elephant definitely cannot do is drink water through it like a straw. It kind of looks like that because elephants do suck in water through their trunks, but only to carry it into their mouths.