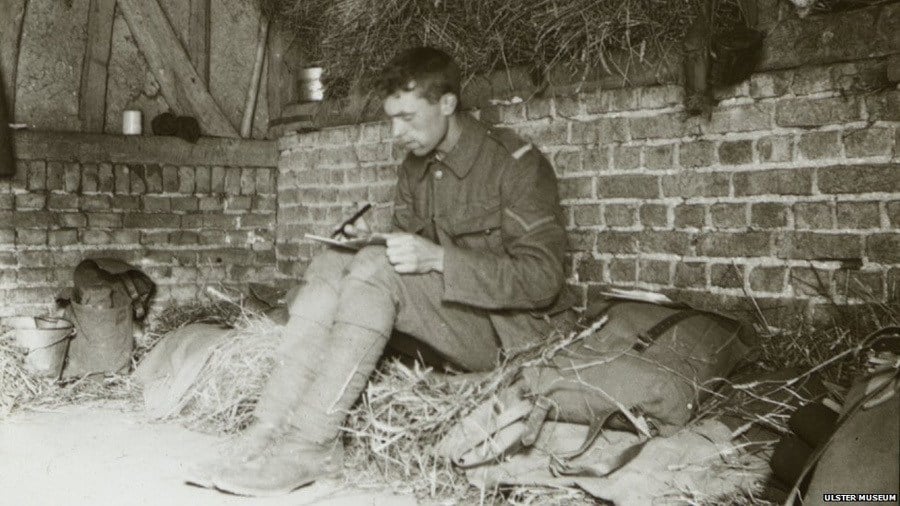 Photograph of George Hackney taken at Poulainville, Picardy, Northern France, in October of 1915.

Belfast, Ireland native George Hackney was like many young men in the time preceding World War 1, and began taking up the relatively new hobby of personal photography. When he was sent to war in 1915, he took his trusty compact camera with him out into the field and captured images of his life from deep in the trenches of ‘The war to end all wars.’

This was done at great risk by Mr. Hackney, as unofficial photography during times of war was strictly illegal at the time. Any photos released of the war were intended to be official and therefore strictly regulated, which is what makes Gorge Hackney’s candid shots all the more powerful. 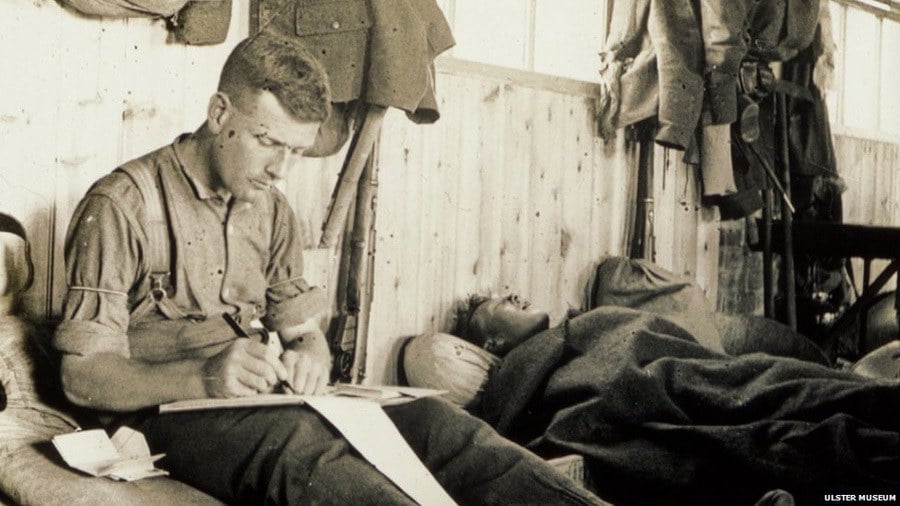 Hackney’s friend John Ewing from Belfast writes while his comrade lies sleeping in his bunk; Randalstown Camp, County Antrim 1915. Ewing was later promoted to sergeant and won the Military Medal for bravery in the field.

Unlike many of those he served with, George Hackney lived to be eighty years old. He kept his personal collection of photos until his death, after which point they were donated to the Ulster Museum in 1977. It was there that the photos sat idly in an archive, that is until a couple years ago when the curator showed them to a filmmaker. 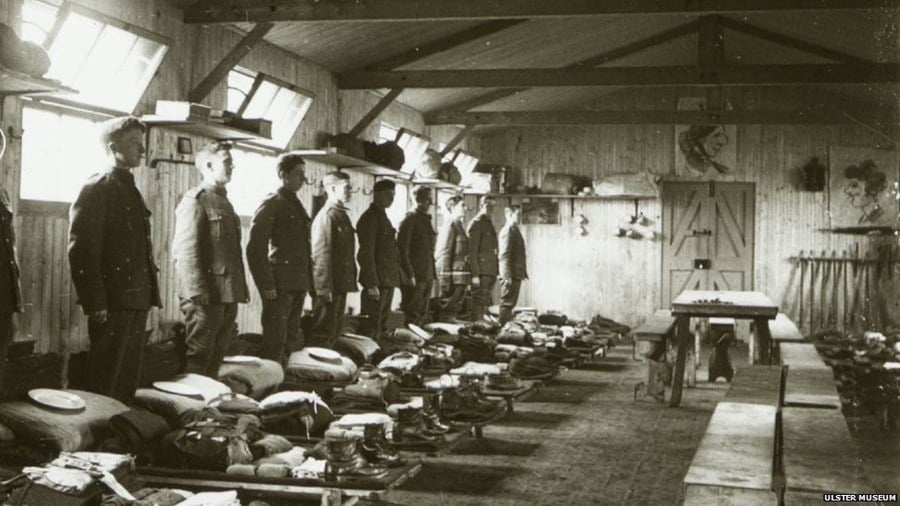 George Hackney photo of the interior of a wooden hut the soldiers stayed in at the Randallstown Camp. Fellow soldiers stand ready and at attention awaiting morning inspection.

Now, two years later BBC One Northern Ireland is producing and airing a documentary titled “The Man Who Shot the Great War” based on the found WWI photos and the man who captured the poignant and unique shots. 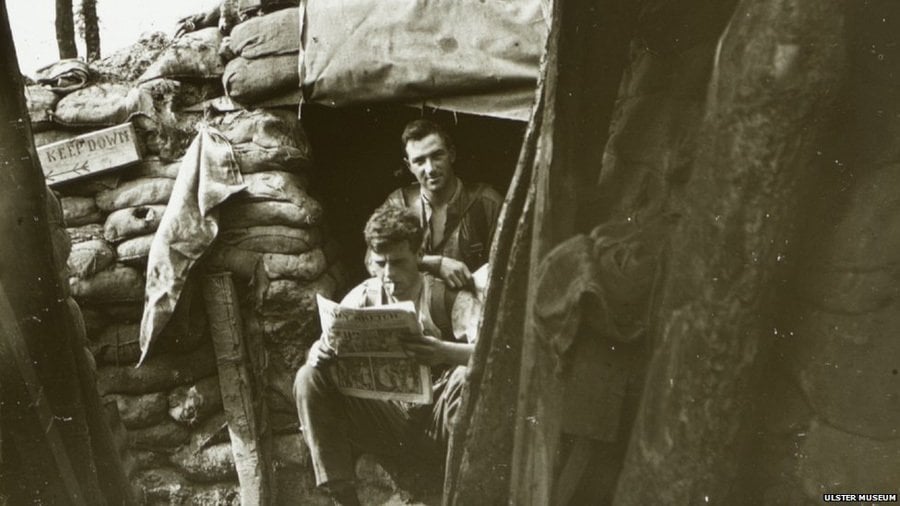 Photograph taken in July or August 1916 at Ploegsteert Wood near Messines in Belgium, where the 14th Battalion was redeployed after the devastation of the Battle of the Somme

Director Brian Henry Martin states that it took a series of lucky coincidences to unlock this treasure of images depicting life and death on the battlefield.

“I was first introduced to these photos in the Ulster Museum’s archive by Dr. Vivienne Pollock in 2012 while working on a documentary about the Ulster Covenant, and it immediately raised so many questions,” he says. “Unofficial photography was banned on the Western Front, so who took these photos, how did they manage it and why have we not seen them?” 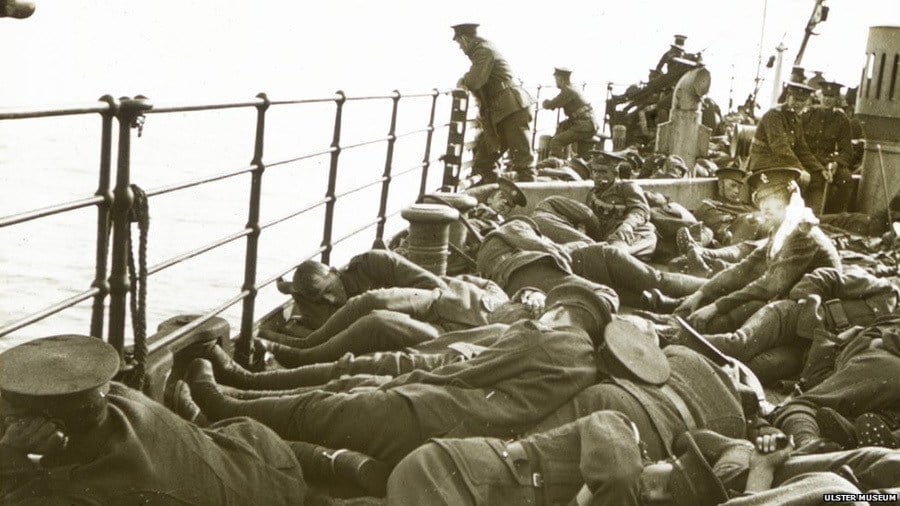 English Channel, 4 October 1915; some of the men watch for German U-boats as others catch up on some much needed sleep on the deck of the paddle steamer the Empress Queen.

Wanting answers to his questions, Martin ventured to the Royal Ulster Rifles Museum in Belfast where he hoped the war diary of the 36th Division would reveal clues as to the origin of the pictures. To his surprise, when he arrived there was already someone else looking through the diary.

“When I got there, someone else was looking at the diary so we ended up jostling over it and passing it back and forth – we ended up chatting and it turns out that the guy was Mark Scott, whose great-grandfather was Hackney’s sergeant,” he says. 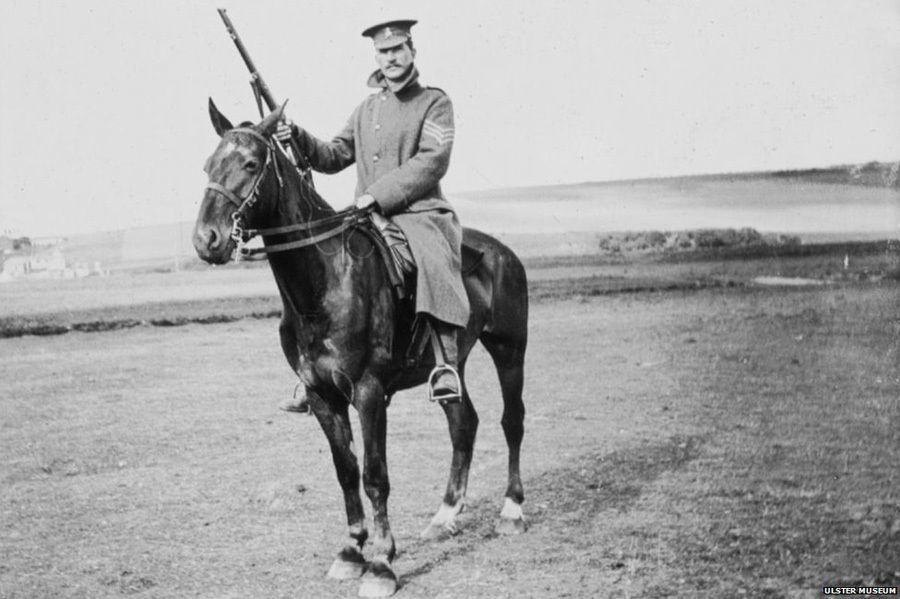 Sgt. James Scott photographed at Seaford, East Sussex during the summer or fall of 1915. Sgt. Scott’s great-grandson Mark was instrumental in this project coming together.

Three of the photos taken were of Sgt. James Scott, who was killed in May 1917 at the Battle of Messines in Belgian West Flanders. The three photos were in the possession of the Scott family.

“He must have given the photos to Sgt. Scott’s widow, and that opened up a window in that we realized that what Hackney was doing was giving the photos to the families of the men he’d photographed, many of whom didn’t come back,” says Mr. Martin. 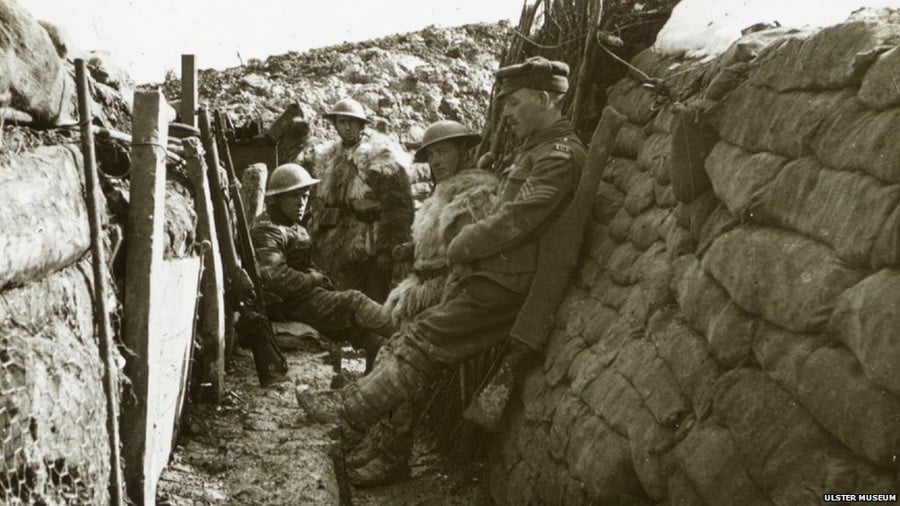 Mark Scott’s thoughts on the rare photograph of scouts/snipers taken in a foxhole in France during the winter of 1915/16: “One photograph in particular George Hackney has described as a sentry post at Hamel – when we look at it more closely there are one or two important points we can pick out of it. There is a rifle to the left of the frame and there is a modified cheek rest attached to the butt of the rifle. This would have been used to help the shooter align his eye to a telescopic sight”

The chance meeting was a very important moment for the documentary filmmaker. “In making the film, we were looking to speak to a relative who is emotionally involved in the story, someone who knows about World War One and someone who can tell us about photography, and Mark could do all three,” he says. 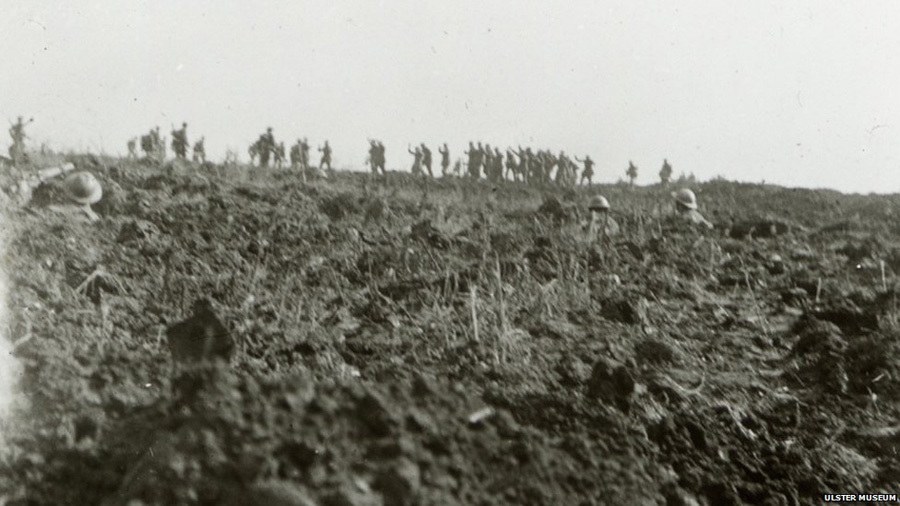 July 1st, 1916. During the Battle of Somme, German soldiers surrender as the 36th Ulster Division advanced upon German lines. The importance of this photograph by George Hackney cannot be overstated as candid shots like this were illegal and not known to exist.

Given the tight ban on photography, it took creativity and cunning on the part of George Hackney to be able to get any of these amazing pictures, let alone even carry the camera around with him. Mr. Martin says that the camera Hackney used was quite small and “could be folded up to be not much bigger than a smartphone”. 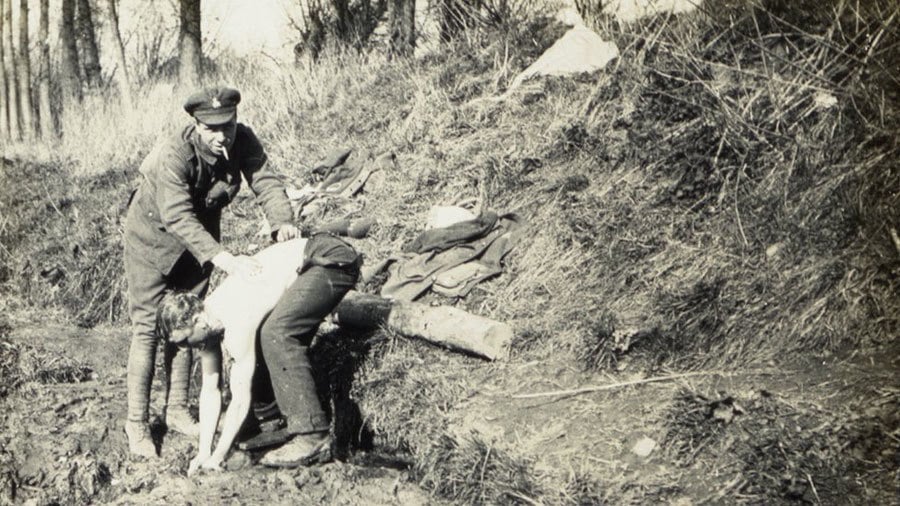 Paul Pollock, standing and smoking (May or June of 1916) was the son of the Presbyterian Minister at St Enoch’s Church in Belfast, where George Hackney worshipped. Pollock was killed on 1 July 1916, on the first day of the Battle of the Somme. His body was never found and his name wasn’t added to the Thievpal Memorial to the Missing until 2013.

“Technology had really taken off in that era, and as an amateur photographer George was at the cusp of that, spending the years before the war honing their skills,” says Brian Henry Martin.

In addition to the documentary, Hackney’s photographs will form the basis of an upcoming Ulster Museum exhibition. To this point there have been around 300 photographs recovered, and it is believed that there are approximately 200 more waiting to be found.

This video gives a little insight as to the historical significance of the find:

All images come courtesy of the BBC.