As the United States begins a new era of relations with Cuba, we look back at Fidel Castro photos from his warm reception in New York in 1959. 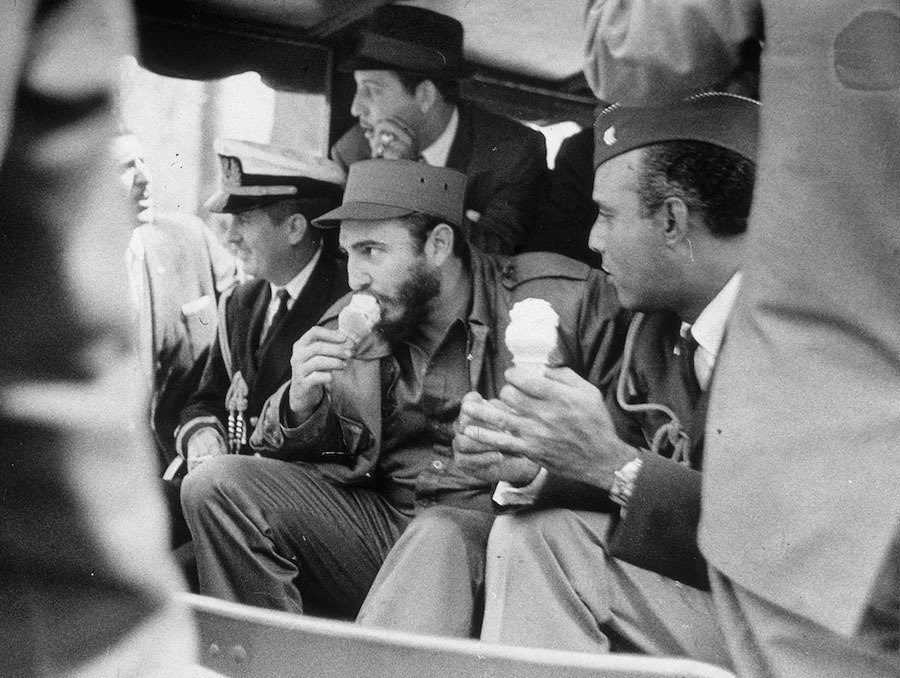 On the heels of a new era of US-Cuba relations ushered in by Barack Obama, Raúl Castro and Pope Francis this past December, we look back to the brief moment in time when Fidel Castro’s post-Cuban Revolution trip to the United States resembled more of a rock star’s eleven-day tour than what some labeled a political charm offensive.

Four months after overthrowing Cuban dictator Fulgencio Batista, Castro accepted an invitation from the American Society of Newspaper Editors and was in New York – among other destinations – signing autographs, kissing ladies, and eating hot dogs and ice cream at the Bronx Zoo.

Not much time would pass until relations between the two countries would again falter, resulting in the fiasco that was the Bay of Pigs, the subsequent embargo, and the travel restrictions that have been the norm for a half-century now.

Wherever the talks lead the two countries, we can always look to 1959 when, for a split second, Fidel Castro loved New York, and New York loved him back: 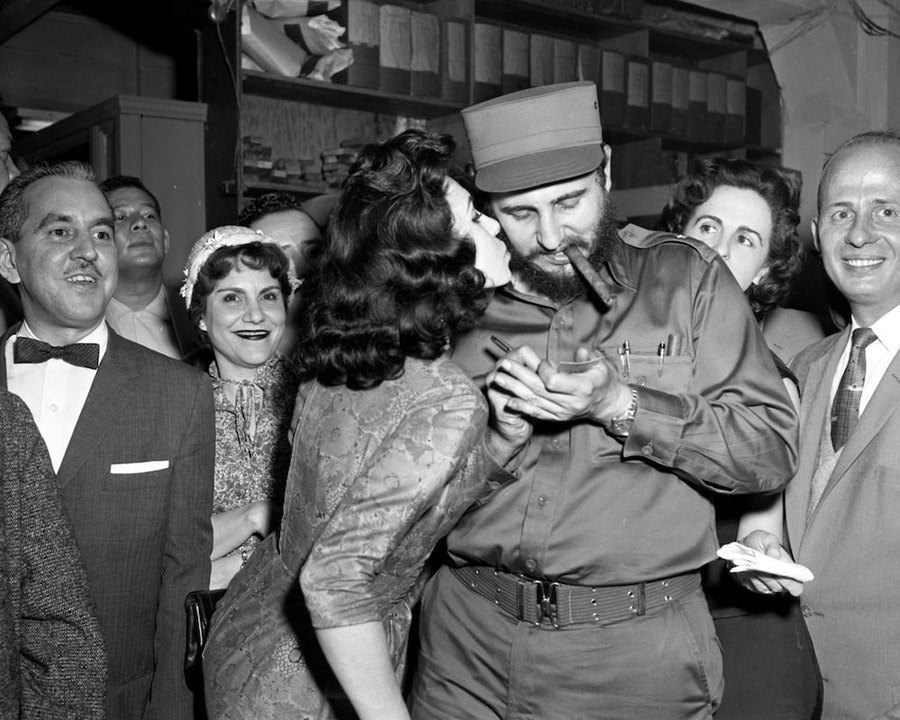 Miss La Prensa 1959, Gladys Feijoo, kisses Castro as a signs an autograph for her. Source: Mashable 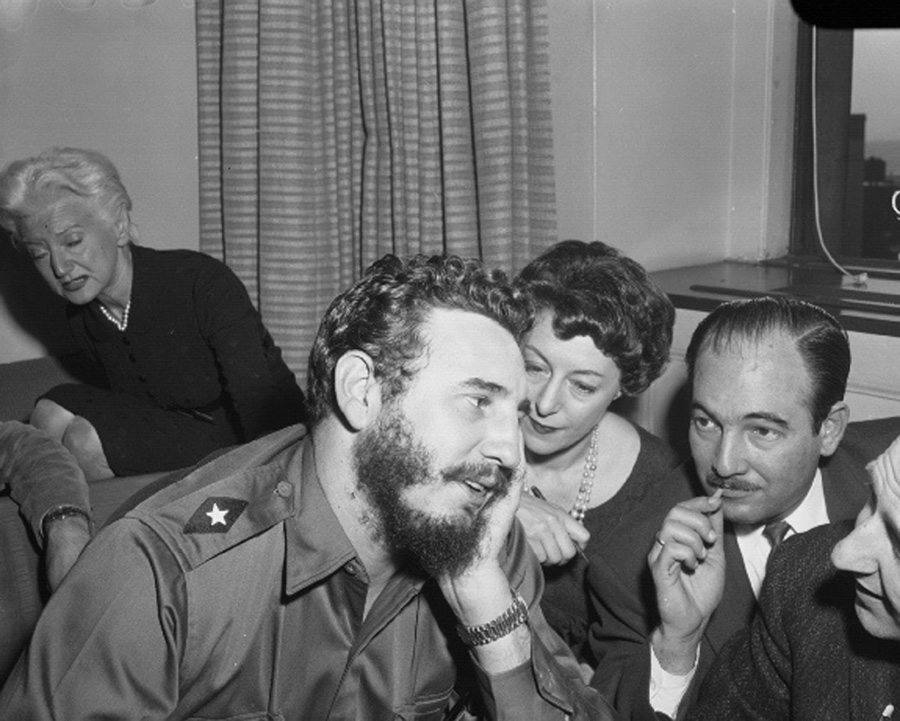 The center of every party he attended, Castro had the rapt attention of almost every guest. Source: Retronaut 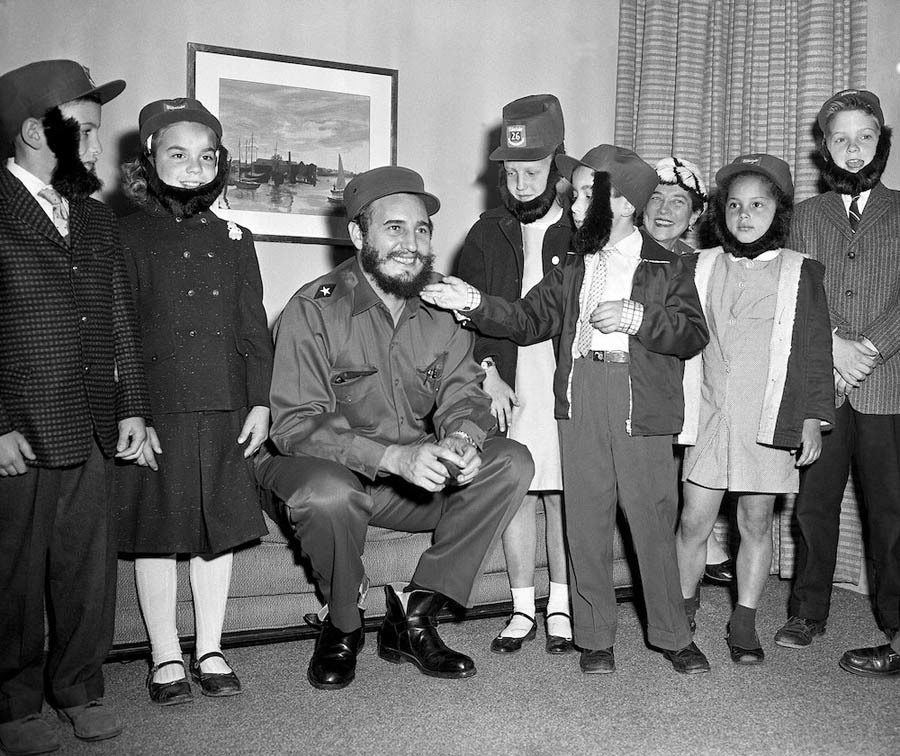 While at the hotel, Castro meets some kids from the Queens, NY school where his son was secretly attending while Castro was fighting in the Cuban Revolution. Beards were worn by all. Source: Mashable 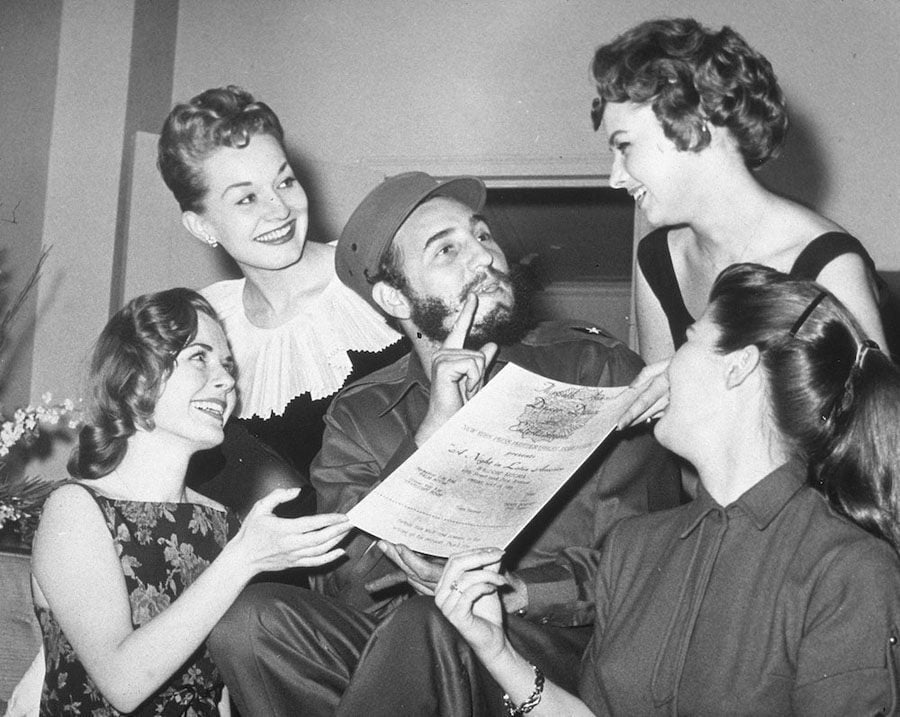 Castro is photographed with his invitation to the New York Press Photographer's Ball. Source: Mashable 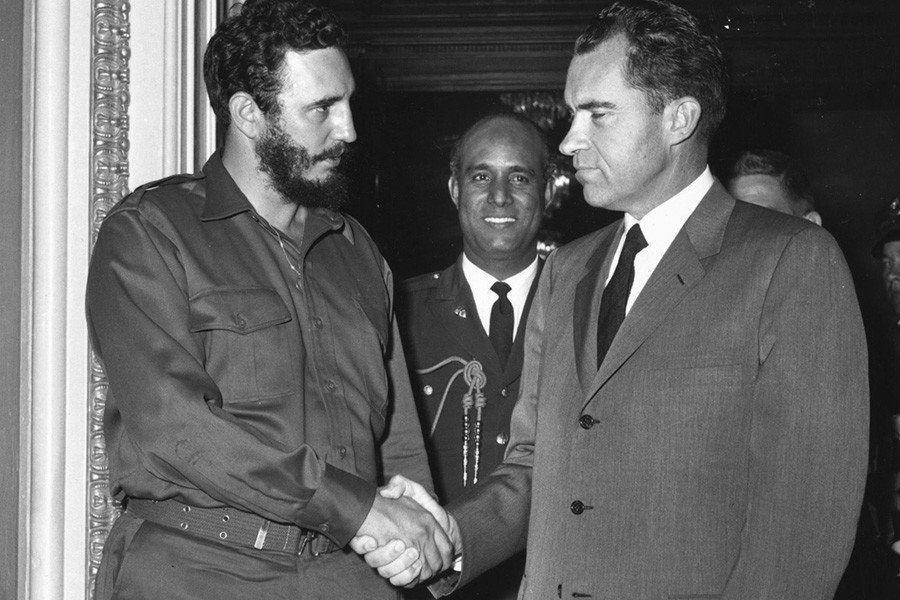 Eisenhower did not wish to meet with Castro; instead he delegated the job to a young Vice President Richard Nixon in Washington DC, who said at the time, “He is either incredibly naive about communism or under communist discipline. My guess is the former.” Source: International Business Times 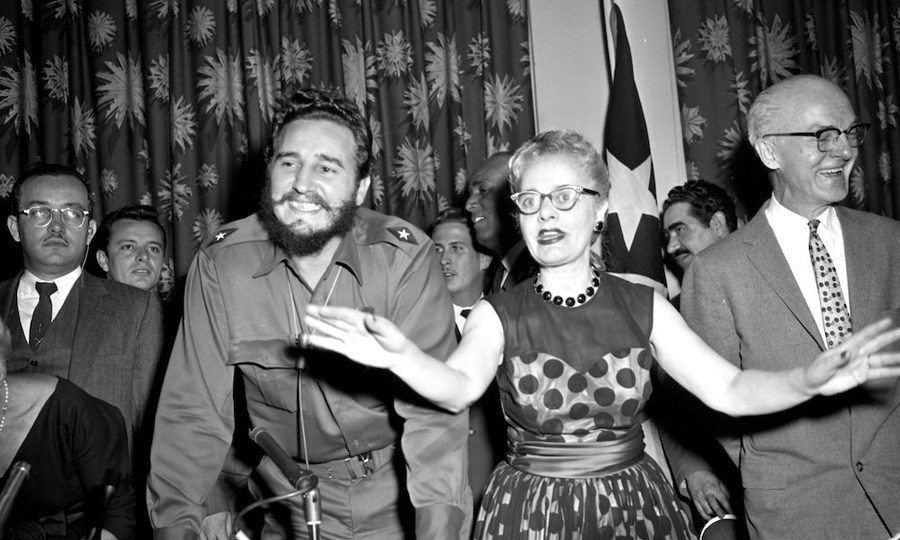 Dr. Grayson Kirk, president of Columbia University is shown with Castro at an event. Source: Mashable 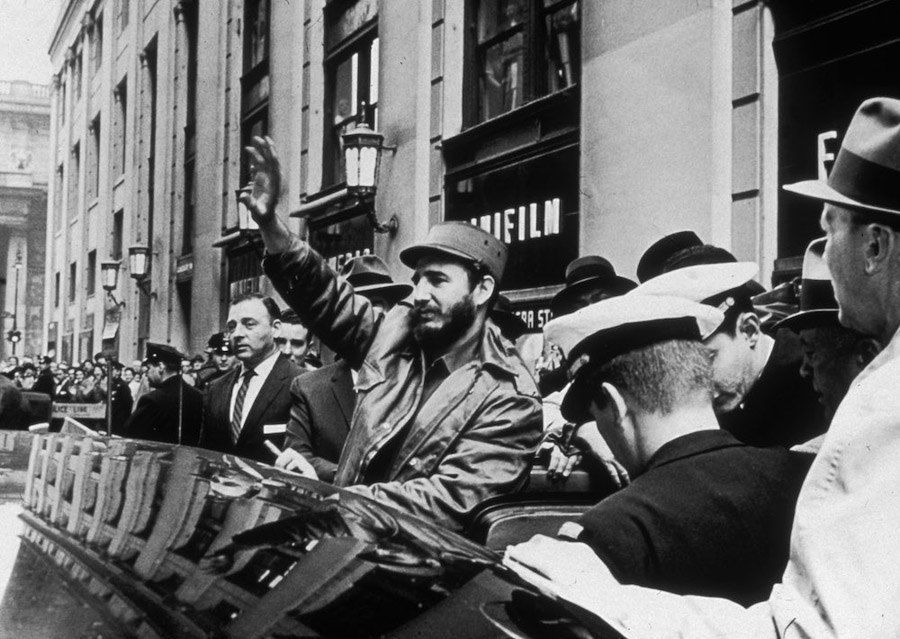 Outside New York’s Statler Hotel on his way to Boston via Pennsylvania Station, Castro waves to his admirers. Source: Mashable 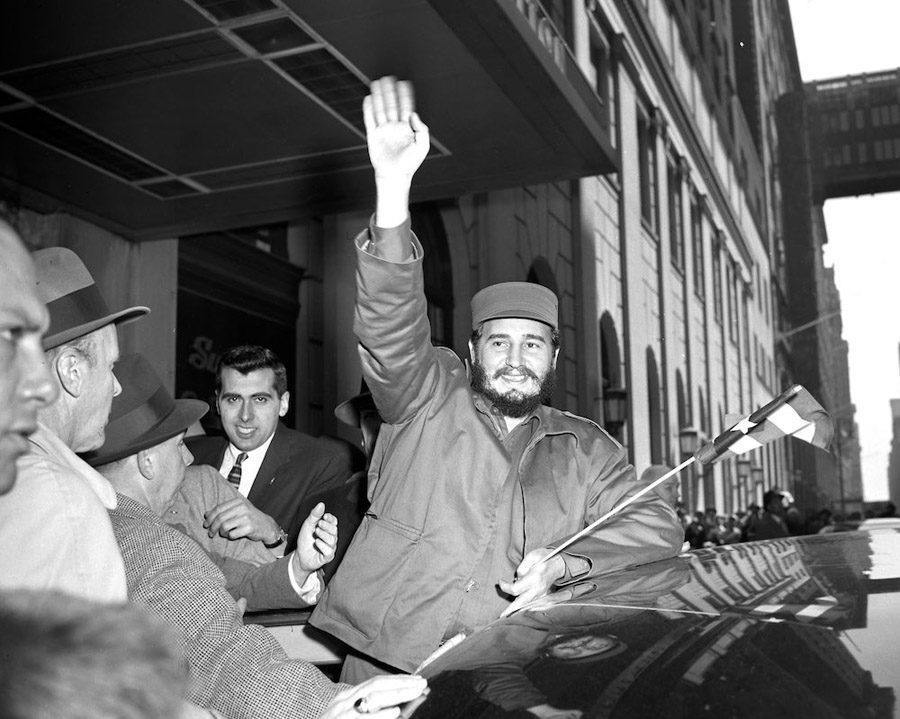 Not quite to the car, Castro gives one last wave to the assembled crowd. Source: Mashable 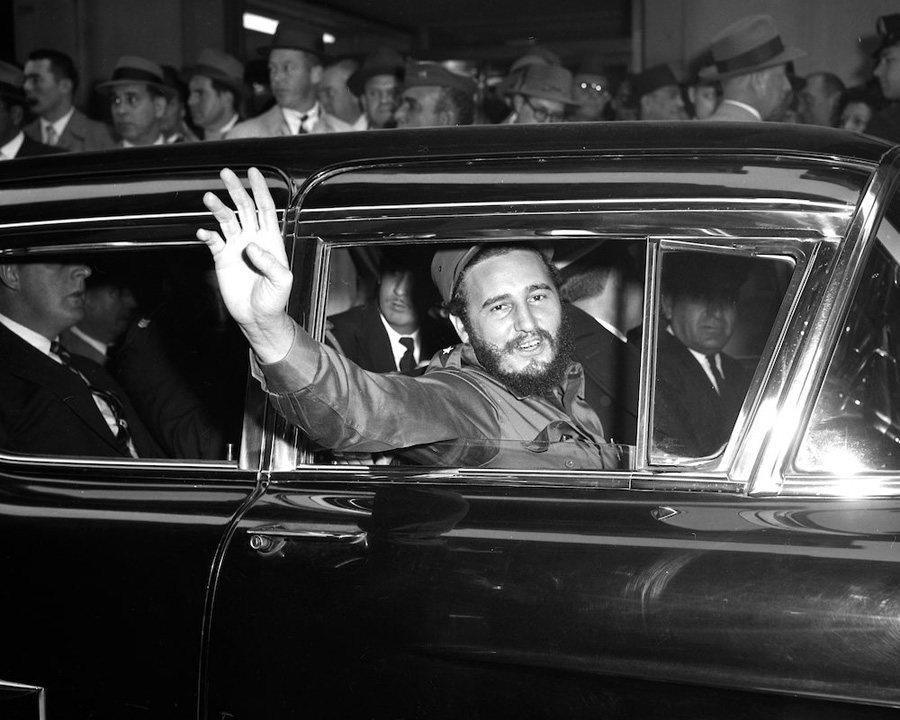 Boston-bound by way of a chauffeur. Source: Mashable 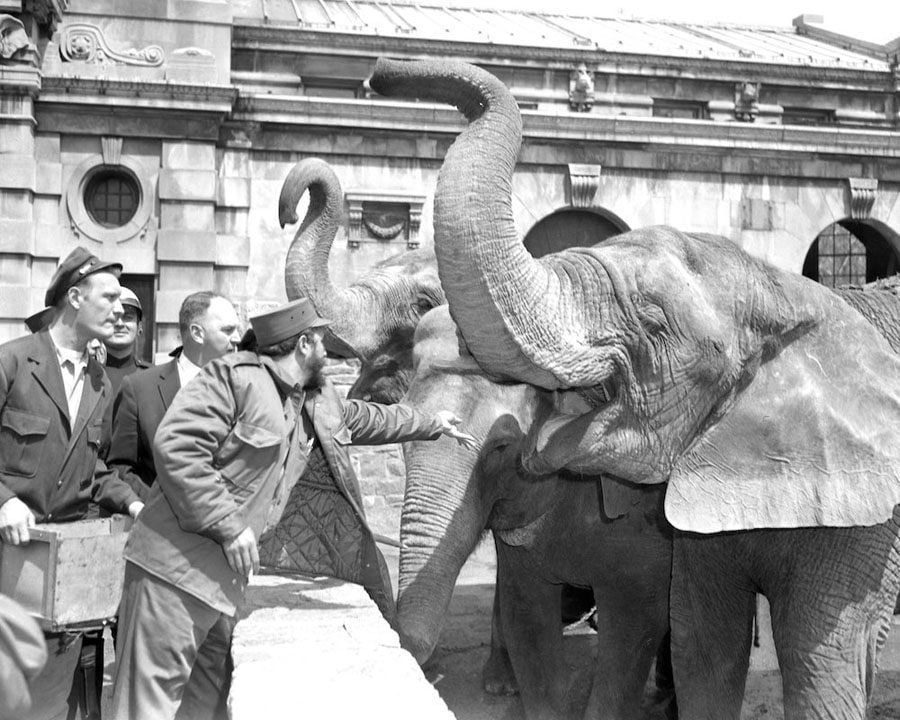 Castro gives peanuts to the elephants, enjoying his visit to the Bronx Zoo. Source: Mashable 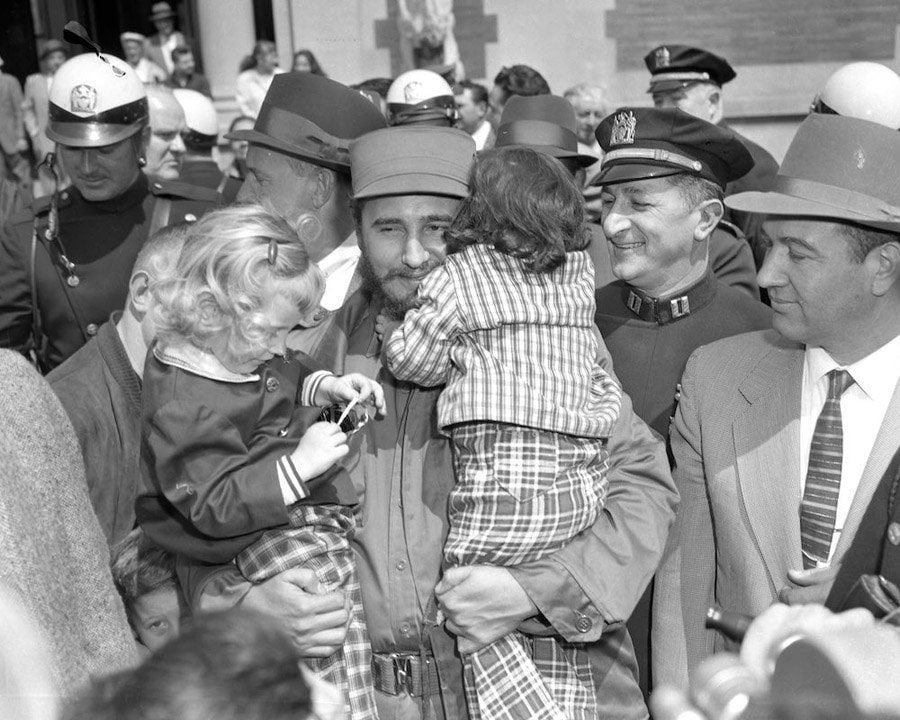 Shown hugging some kids at the Zoo on what was just another day in Castro’s short American vacation. Source: Mashable 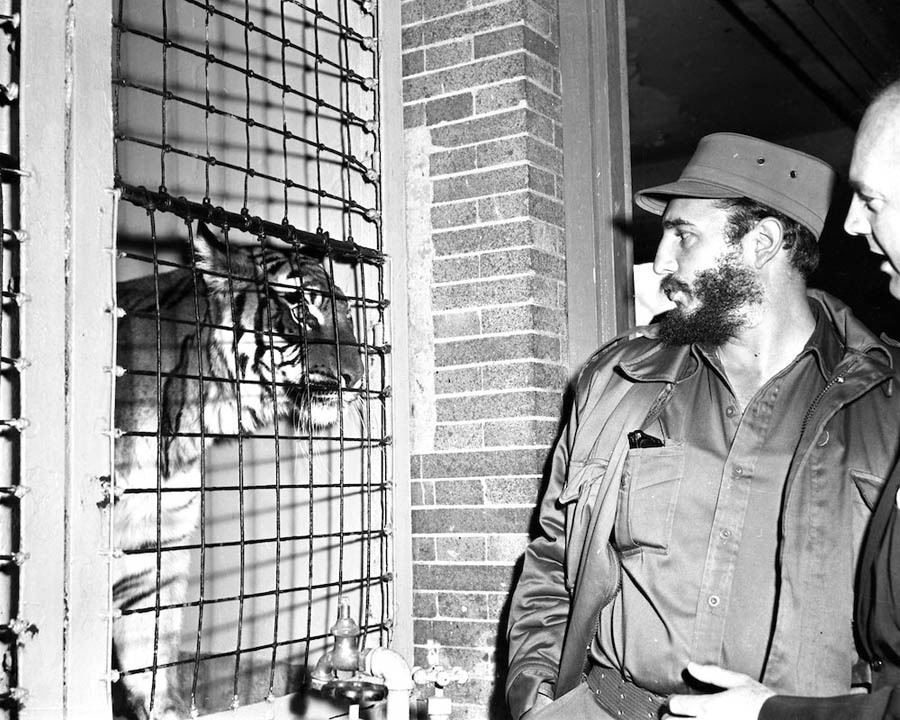 Face to face with a tiger. Source: Mashable 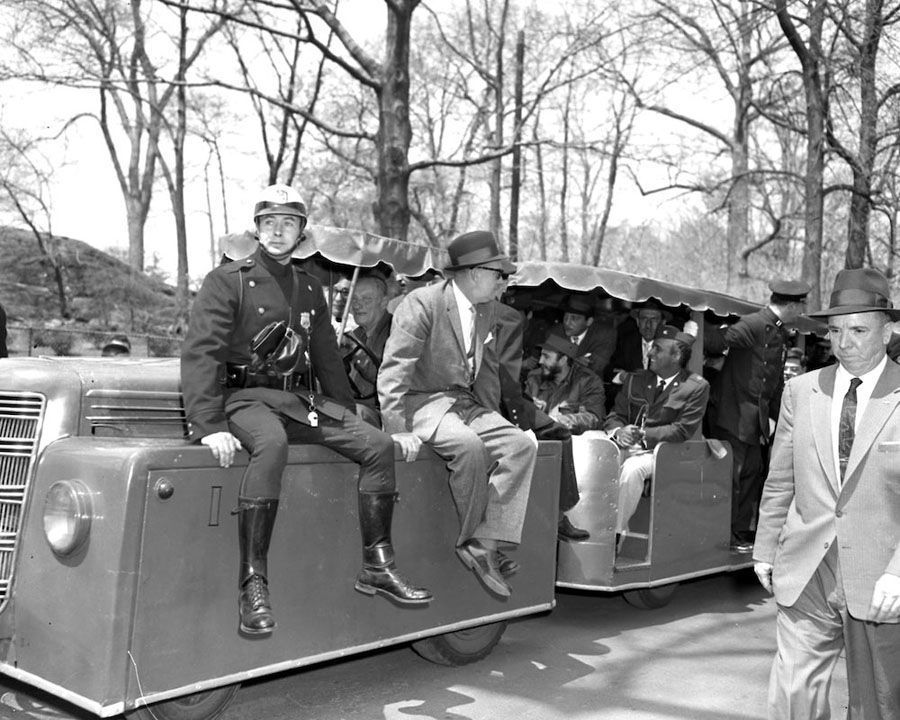 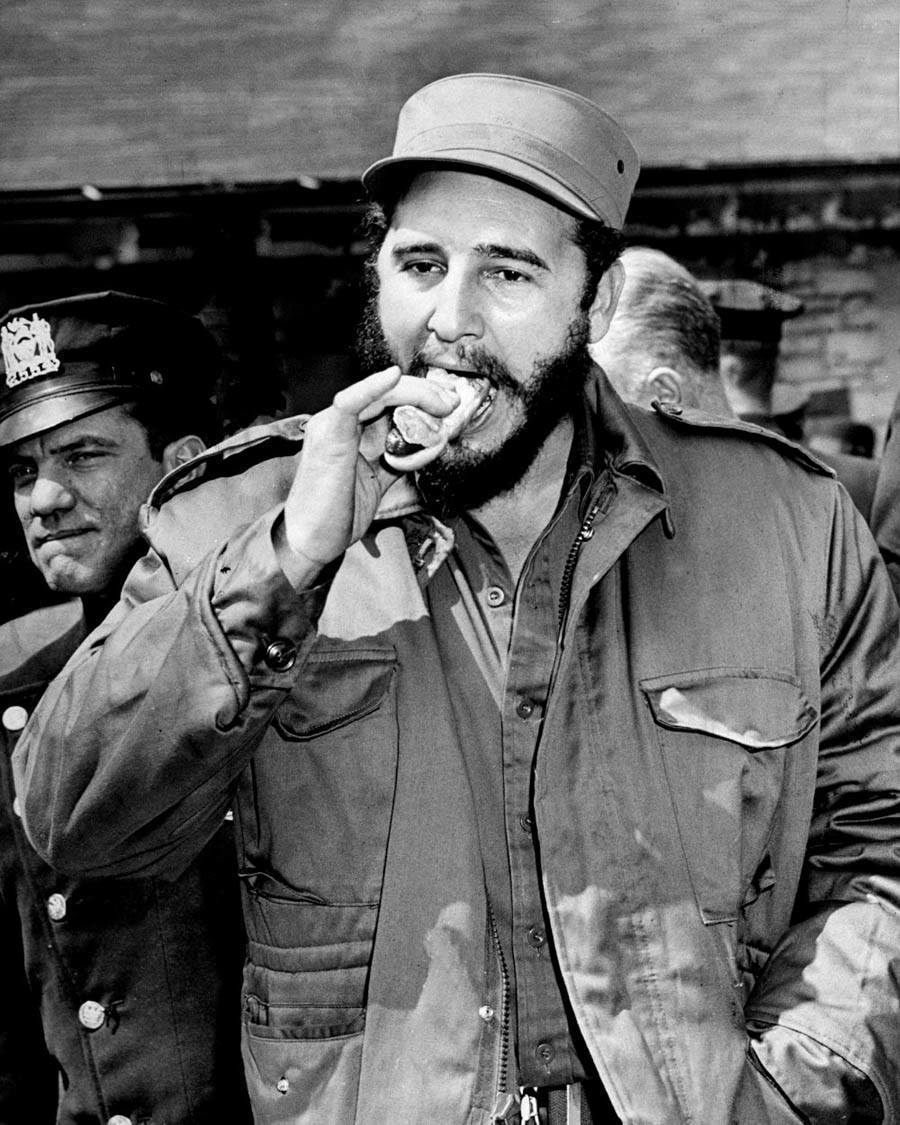 No trip to the Big Apple is complete without a New York style hot dog. Source: Mashable 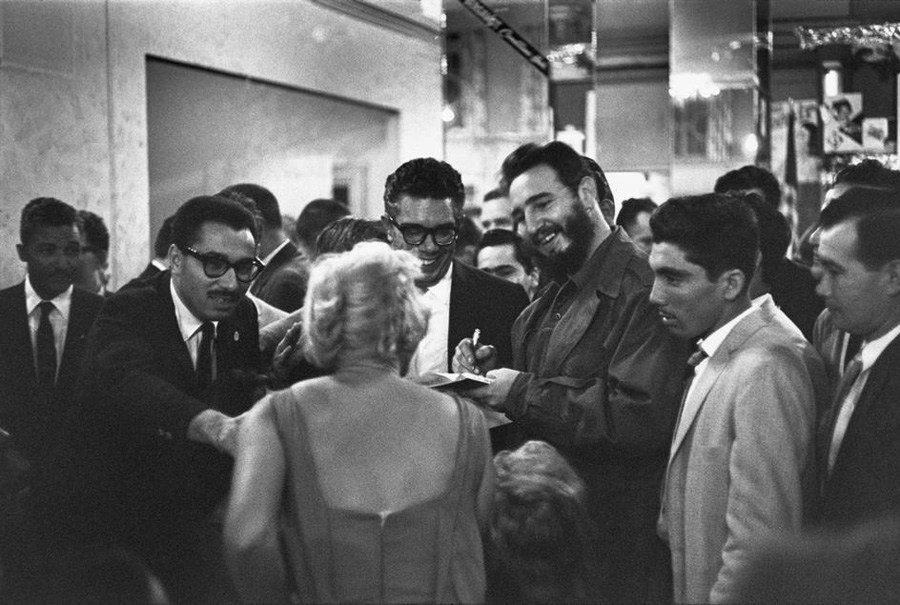 Journalists had a heyday with Castro in town. Source: John Batchelor's Show 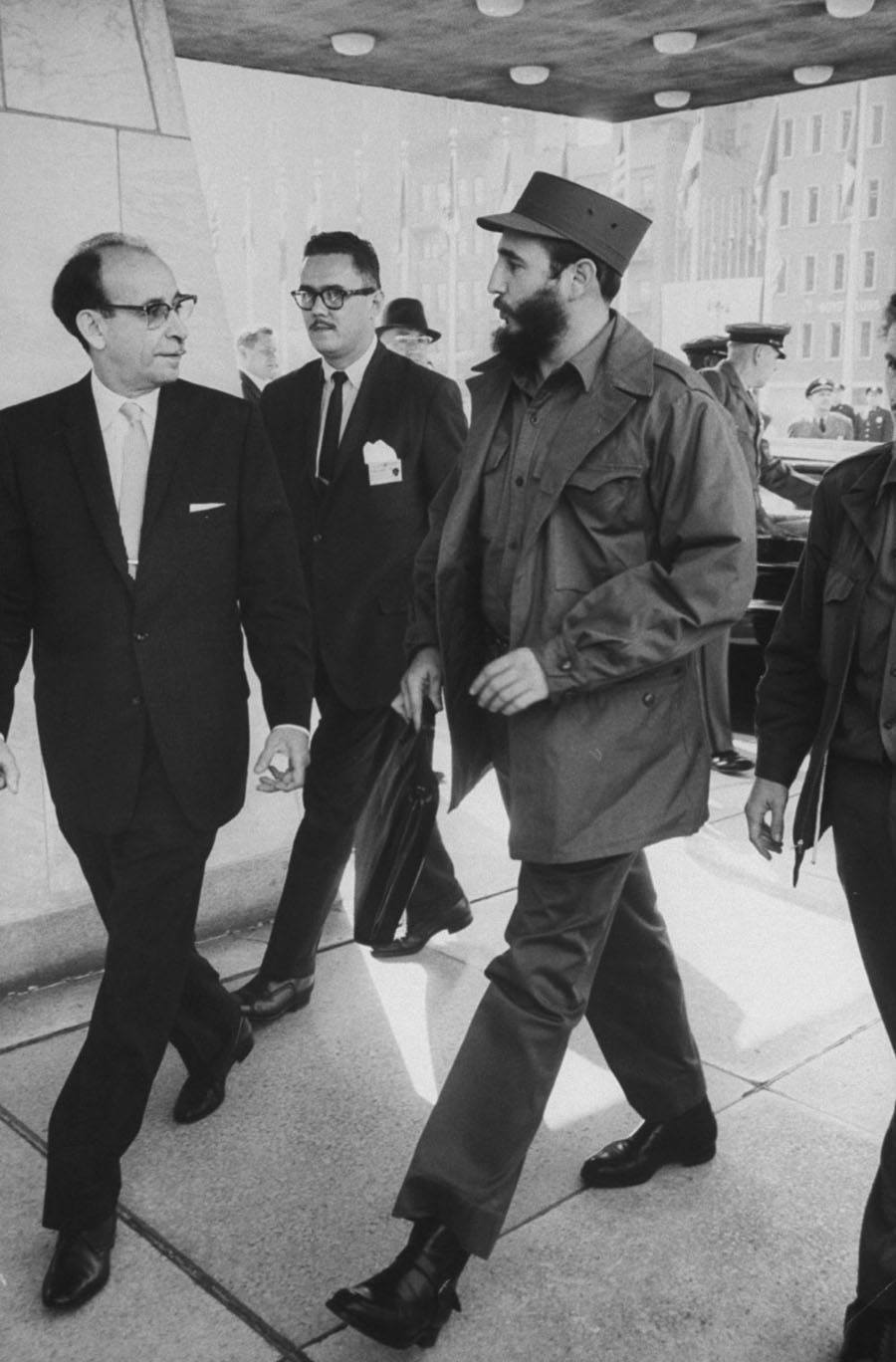 Castro goes on a walking tour of the United Nations building. Source: Mashable 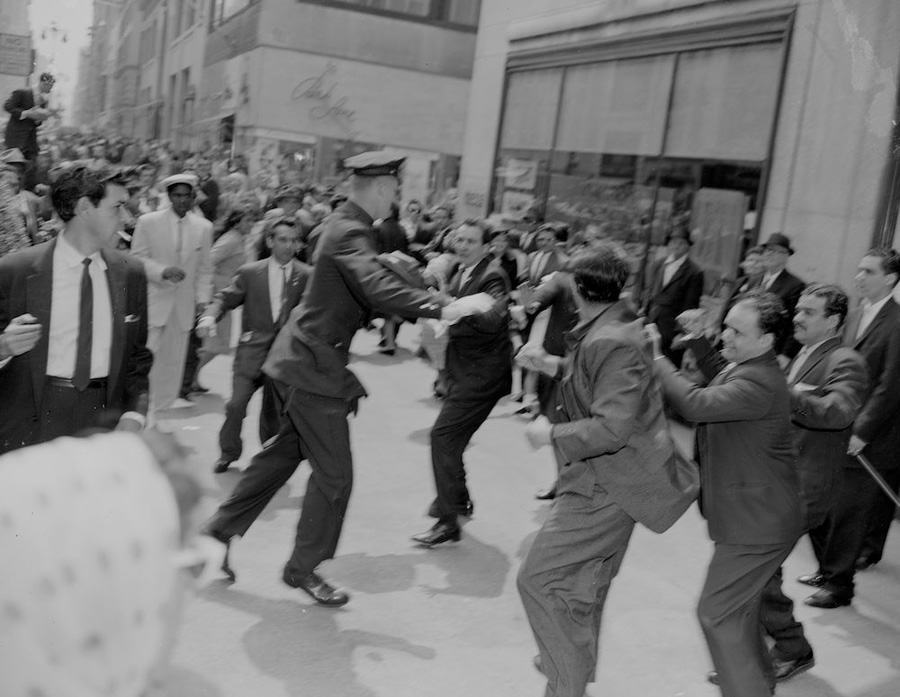 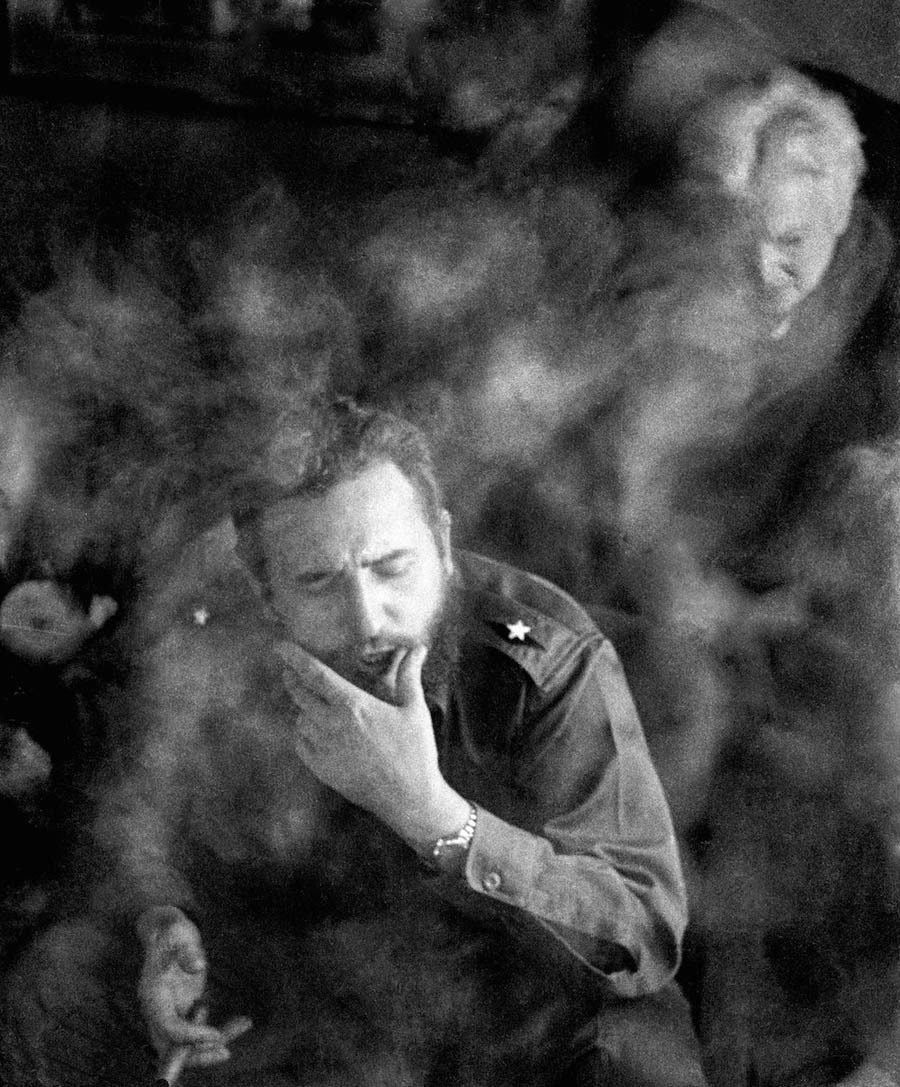 At the Hotel New Yorker, Castro entrances the press with stories of the revolution and ousting dictator Batista. Source: Mashable 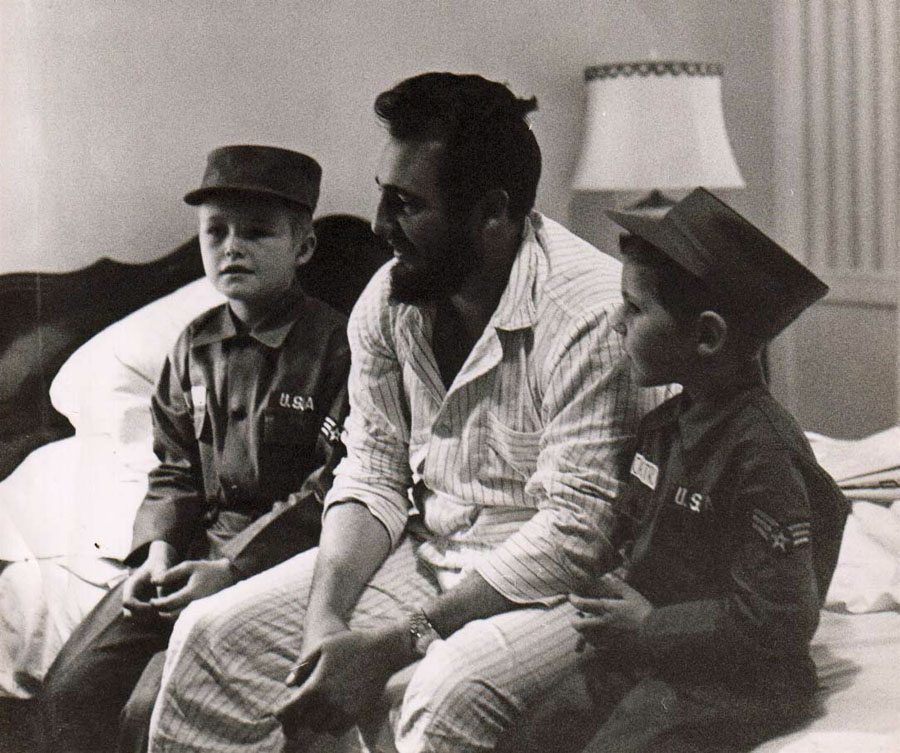 One of a couple instances where Fidel was photographed in his pajamas, this time presumably in Houston visiting the family of a Texas VIP. Source: Blogspot

Here's Castro on the Ed Sullivan show, also in 1959, talking about US-Cuba relations. His words have a great deal of resonance today: