The Most Intense Remarks Fidel Castro Ever Made

A successful revolution hinges on not just how you wage war, but how you wield words. Fidel Castro — whose rhetoric helped turn the island of Cuba against its democratically-elected government — is a living testament to that.

Castro, who held control over Cuba for half a century, is not known for his pithiness. Indeed, over the course of his life he has often given three-hour speeches, and will answer a simple “yes” or “no” question with an entire defense of the impoverished and a searing indictment of capitalism.

Still, rhetoric is not reality. The latter finally set in for the Cuban people in the 1970s, when Cuba became the poorest nation in the Soviet bloc, plagued with disease and totalitarianism. The revolution came, thanks in part to Castro’s words, but it did not produce the paradise about which Castro waxed poetically.

With that in mind, here’s a handful of the most intense Fidel Castro quotes you’ll ever read:

On the revolution's rewards: 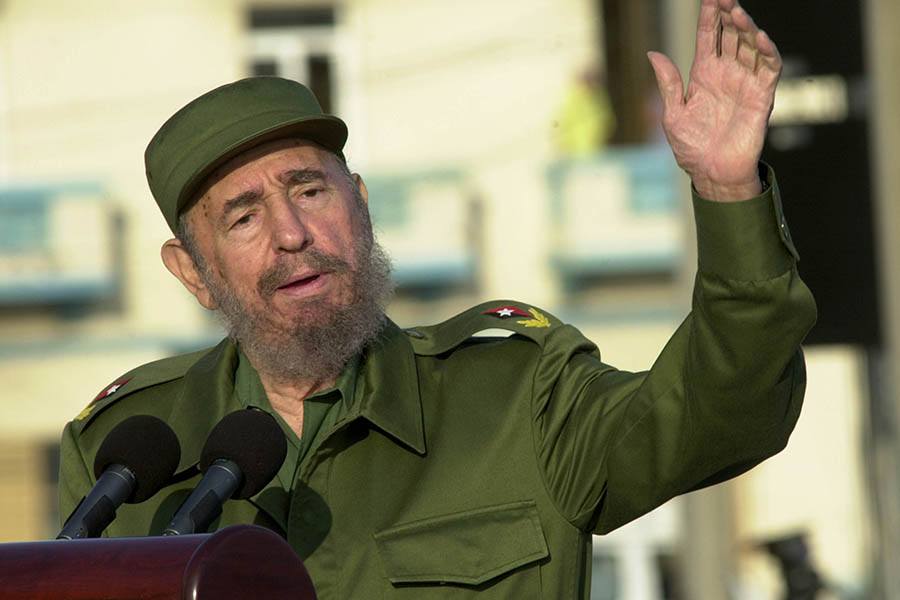 “One of the greatest benefits of the Revolution is that even our prostitutes are college graduates.” - 2003, to director Oliver Stone in the documentary Comandante Jorge Rey/Getty Images 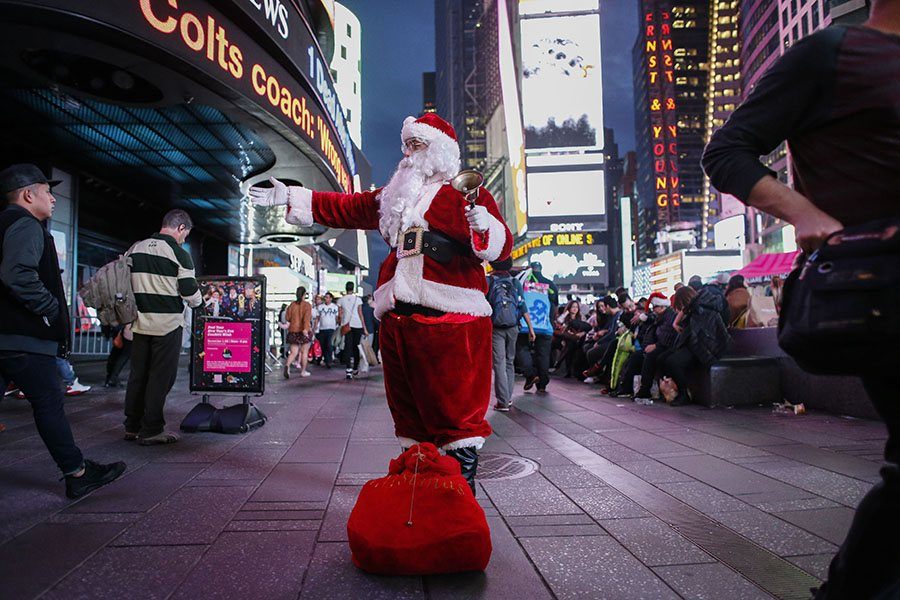 "The leading symbol of the hagiography of US mercantilism." - 1998 Kena Betancur/Getty Images

On his similarity to Jesus Christ: 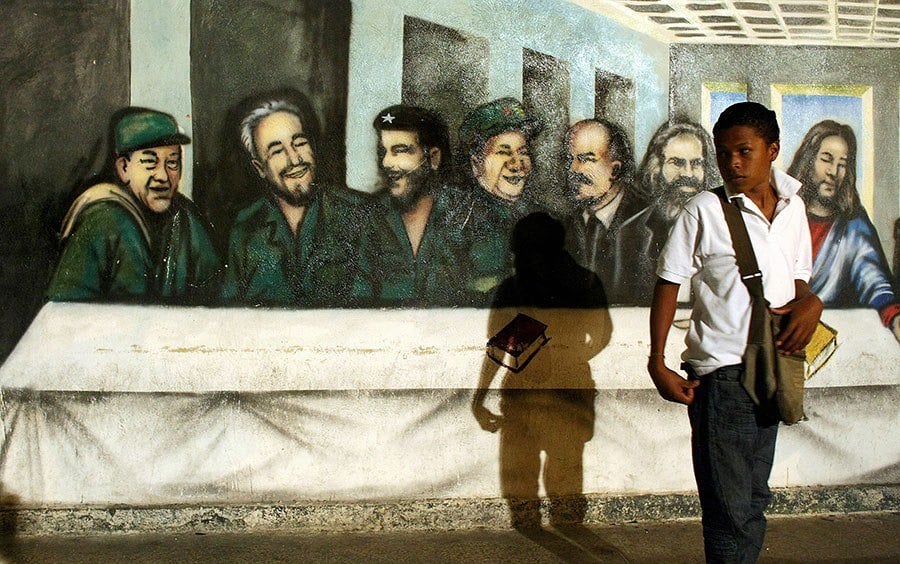 “I never saw a contradiction between the ideas that sustain me and the ideas of that symbol, of that extraordinary figure, Jesus Christ.” - 1985 THOMAS COEX/AFP/Getty Images

On capitalism and poverty: 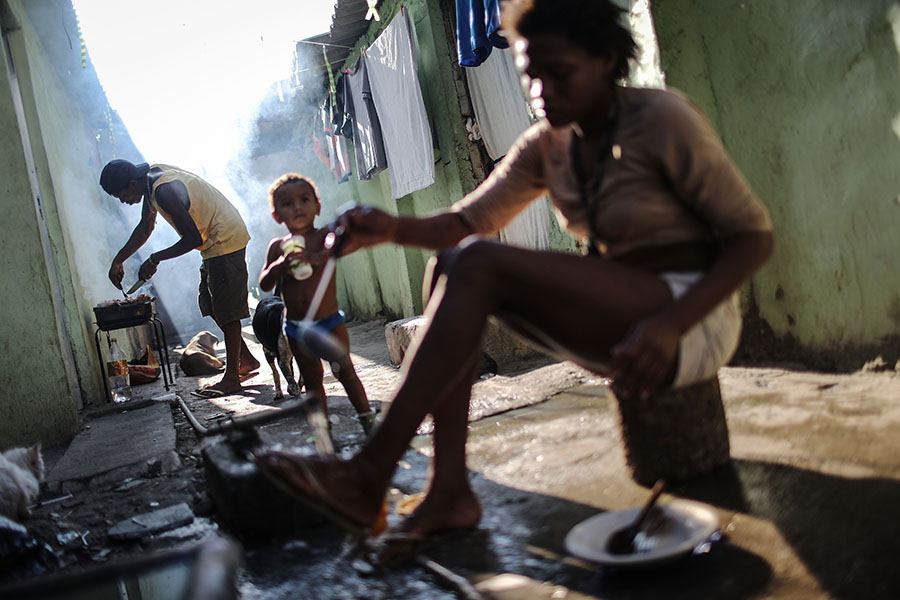 "Capitalism has neither the capacity, nor the morality, nor the ethics to solve the problems of poverty." - 1991 Mario Tama/Getty Images 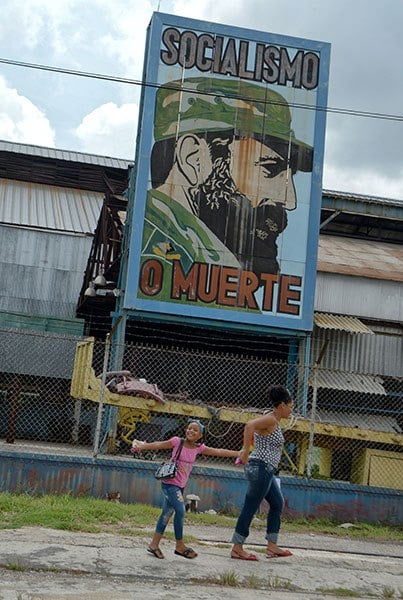 “A revolution is a struggle to the death between the future and the past." - 1961, speech on the second anniversary of the Cuban Revolution ADALBERTO ROQUE/AFP/GettyImages

On his use of violence: 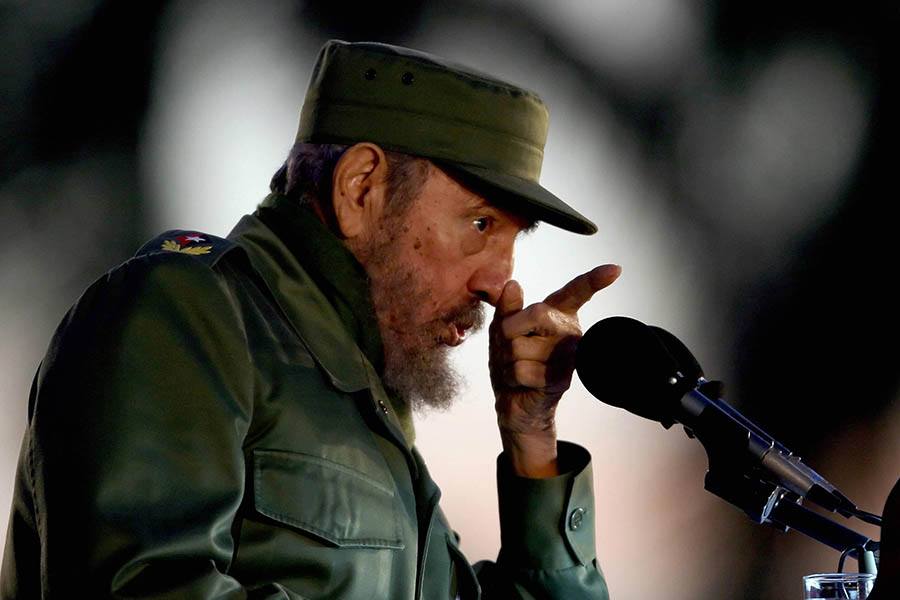 “Condemn me, it does not matter: history will absolve me.” - 1953, at his trial for the raid on Moncada Barracks ADALBERTO ROQUE/AFP/Getty Images 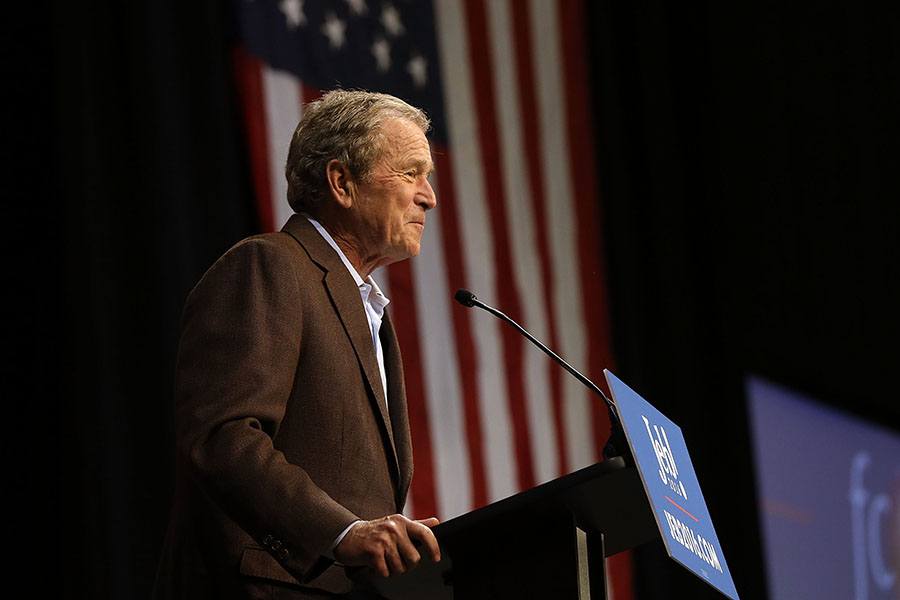 "For a country that can read, write and think, no one can make a more eloquent criticism of the empire than Bush himself." - 2008 Spencer Platt/Getty Images 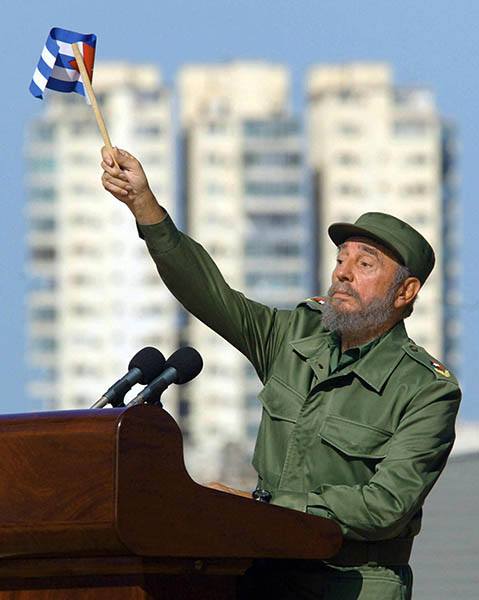 "You cannot utter the word democracy, because, among other reasons, everyone in the world knows your ascent to the US presidency was a fraud." - 2004ADALBERTO ROQUE/AFP/Getty Images 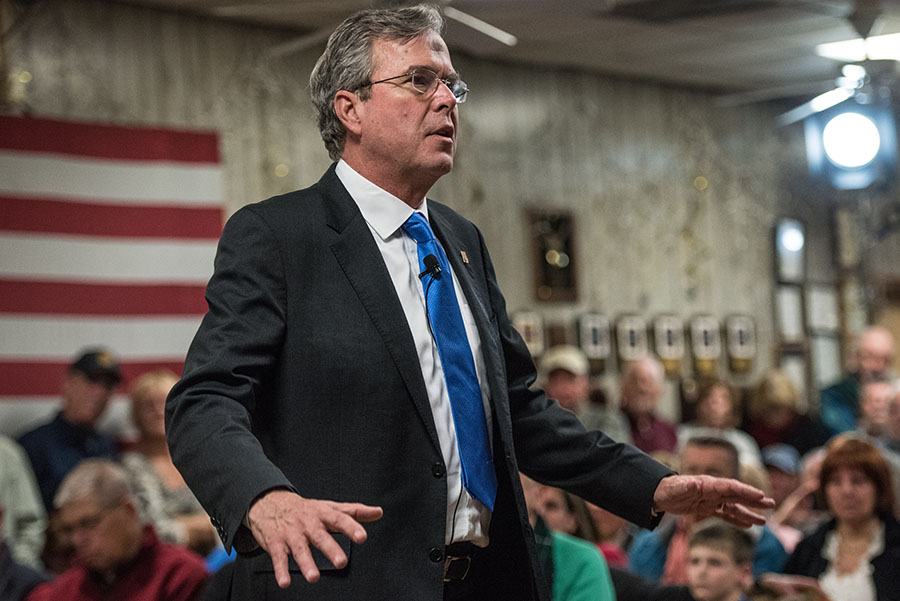 "Forgive me for using the term 'fat little brother' ... It is not a criticism, rather a suggestion that he do some exercises and go on a diet, don't you think? I'm doing this for the gentleman's health." - 2005 Sean Rayford/Getty Images 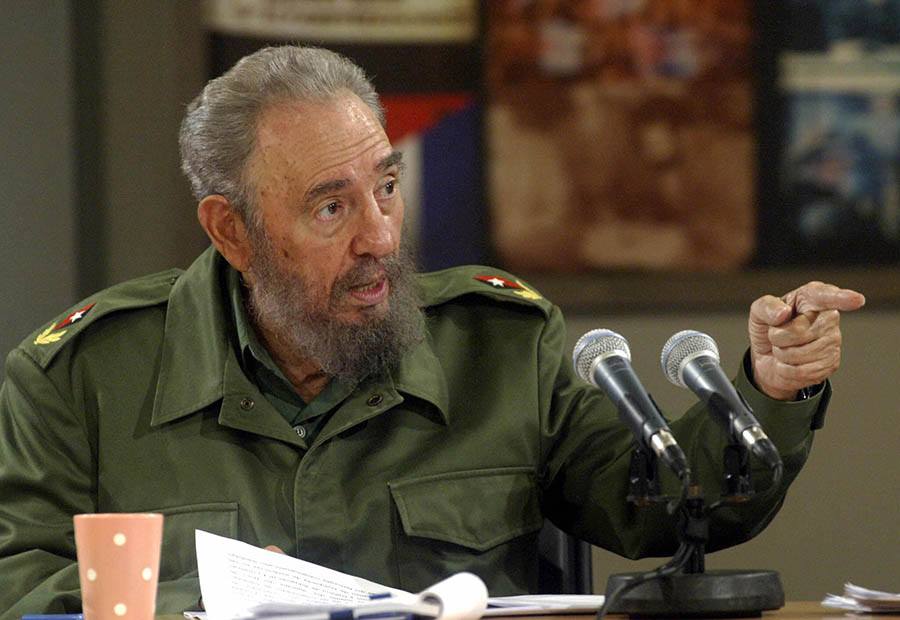 “I’m not thinking to cut my beard, because … my beard means many things to my country. When we have fulfilled our promise of good government, I will cut my beard.” - 1959 interview with CBS, 30 days after the start of the RevolutionISMAEL FRANCISCO/AFP/Getty Images

On the future of US-Cuba relations: 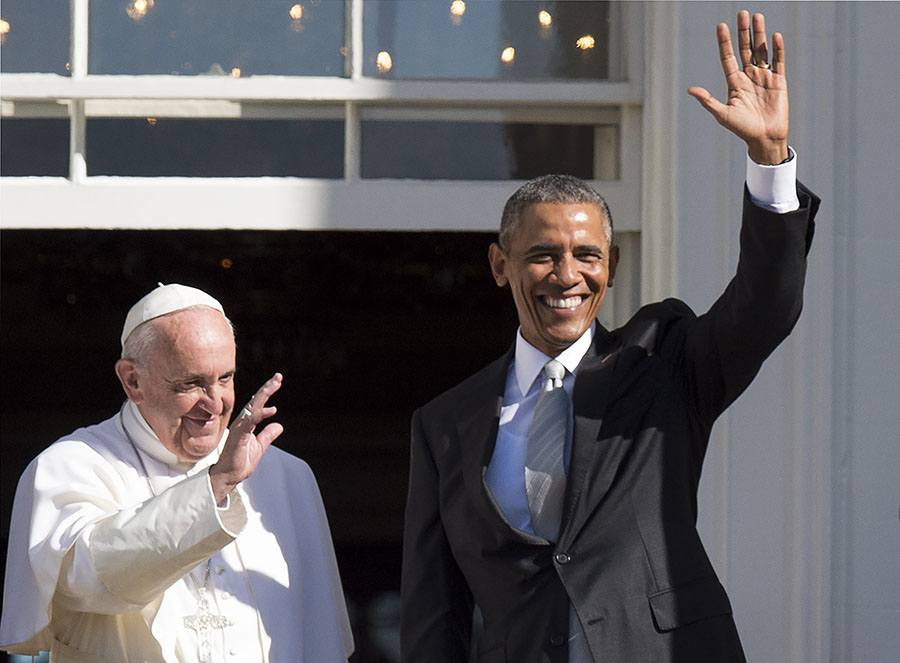 "United States will come to talk to us when they have a black president and the world has a Latin American pope." - 1973 JIM WATSON/AFP/Getty Images 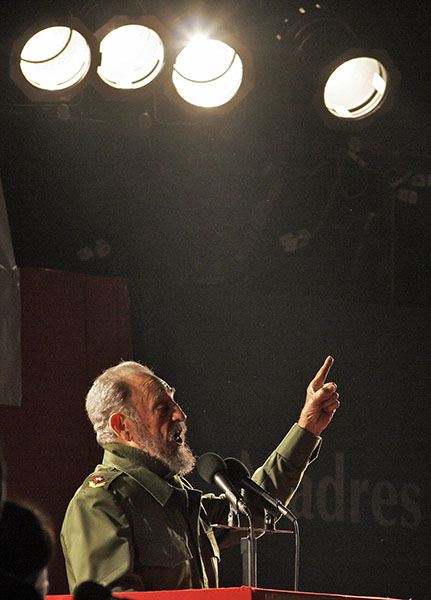 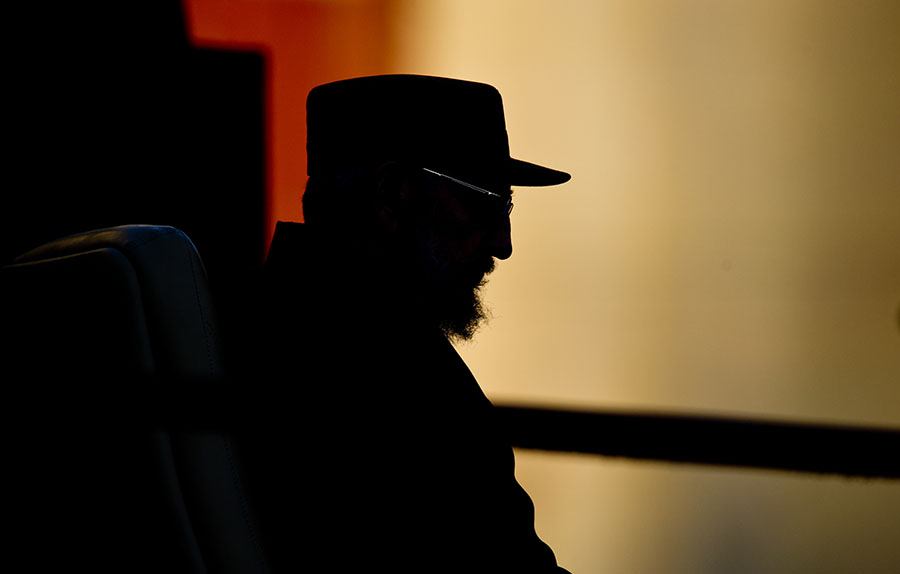 "I have a heart of steel.” - 1972, in response to journalists asking about his heart condition ADALBERTO ROQUE/AFP/Getty Images 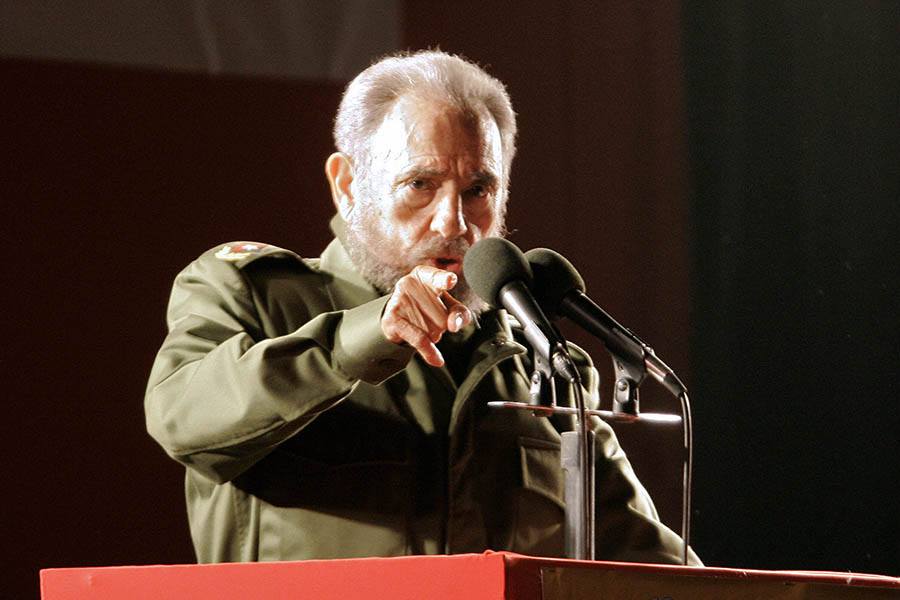 “I propose the immediate launching of a nuclear strike on the United States. The Cuban people are prepared to sacrifice themselves for the cause of the destruction of imperialism and the victory of world revolution.” - 1992 MIGUEL ROJO/AFP/Getty Images

On a good speech: 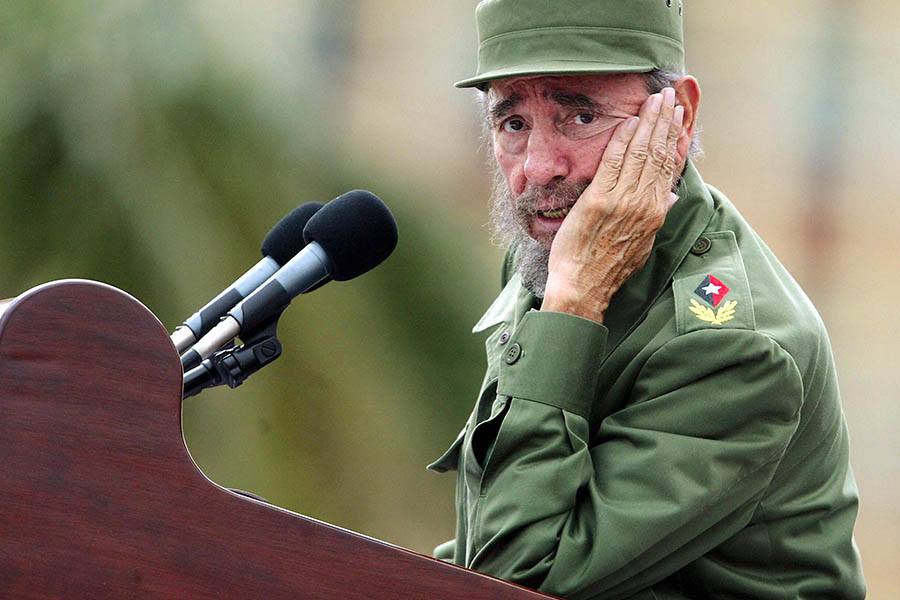 "I have concluded – maybe a little late – that speeches must be short." - 2000 ADALBERTO ROQUE/AFP/Getty Images

Enjoy these Fidel Castro quotes? Next, get to know another controversial Latin American politician with these Jose Mujica quotes.