In the 1960s, Floyd McKissick laid out a plan for a utopian, black-managed town in the American South that he called Soul City. Here's how it happened -- and what became of it. 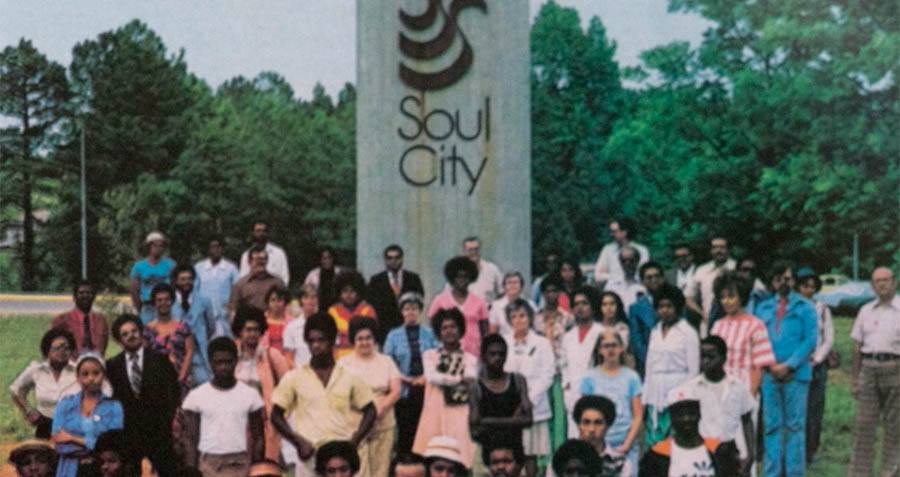 FOR DECADES, Warren County, North Carolina was a site of extraction. Acres upon acres of tobacco plants wrested nutrients from the soil; plantation owners wrung wealth from the labor of slaves.

While the plantations eventually shuttered and slavery came to an official close, the county — and others like it — continued to dwindle as many of its residents abandoned it for economic opportunity elsewhere, often in Northern, urban environments.

But where to some Warren County stood as an eternally crippled consequence of exploitation, civil rights leader Floyd McKissick saw in the county potential for prosperity — utopia, even — for all.

To realize his vision, McKissick would rely on strategic federal investment and inclusive, community-driven planning for a town he would call “Soul City.” 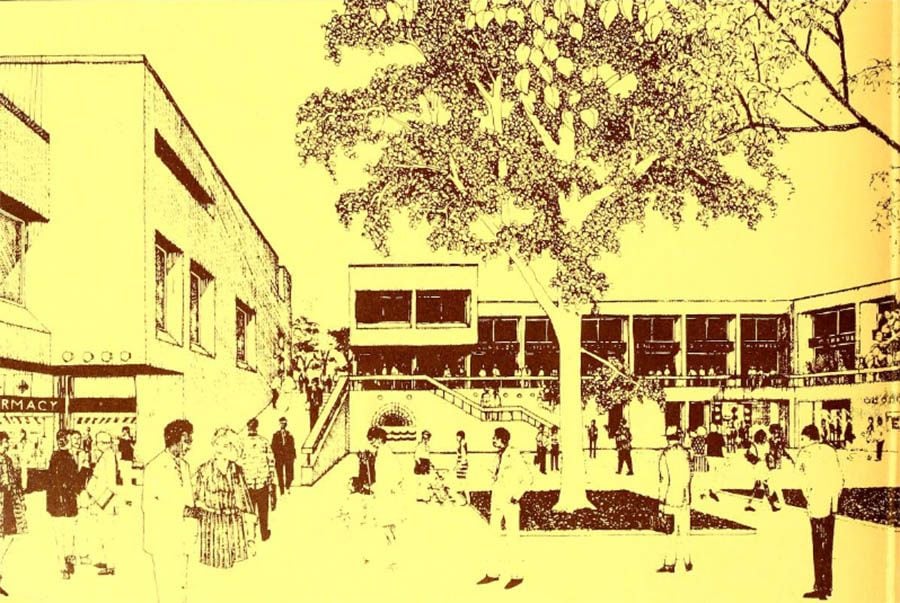 In Soul City, McKissick envisioned a wide boulevard that would lead visitors past an executive office complex, industrial park, and manmade lake into the development, which would include shopping centers, a county-wide high school, bike trails, and a space to grow food.

It was a simultaneously new and old idea. While novel in the sense that this would be a town built from the ground up by African-Americans, McKissick conceded that “[African-Americans] have been running cities for years.” Indeed, he added, “on the plantations the work was done by blacks — the black engineers, black cooks, the black blacksmith, the black carpenter, and the black roofer — they all controlled the destiny of the white man.”

McKissick thought Soul City would be home to 50,000 people — blacks and whites — and generate 24,000 jobs within the first 30 years of its existence. He also believed that its presence in the rural American South would palliate the 1960s’ urban crisis, which he thought came at least in part because areas like Warren County did not offer African-Americans a path toward economic growth and personal fulfillment.

“The black man has been searching for identity and destiny in the cities,” McKissick said in a 1969 news conference announcing his plans. “He should be able to find it in the plains of Warren County.”

The Birth Of “Soul City” By Floyd McKissick

The 1950s and ‘60s comprised a period of extreme flux for African-Americans in both rural and urban areas. Frustrated with economically depressed regions that by and large held tight to segregationist mores regardless of changes in segregation’s legality, many African-Americans in the rural South would head to cities, where they would often face further discrimination in the form of police brutality and housing inequality.

Urban crime and pollution reached alarming heights, and whites began to abandon city centers in a movement known as “white flight.” Many African-Americans did not have the means to do the same, and thus were effectively shackled to rapidly declining urban centers as their white-held wealth bled out.

In an attempt to manage the unfurling crisis, in 1966 President Lyndon Johnson launched the Model Cities Program, a component of his War on Poverty. Rightly or wrongly, Model Cities saw the urban crisis as a technical problem that could be solved with equally technical solutions, such as an influx of federal dollars into urban infrastructure improvements.

McKissick, too, would come to find these sorts of solutions appealing. While he would march with Martin Luther King Jr. and serve as President of the Congress on Racial Equality, over the years McKissick grew frustrated with the Civil Rights Movement, believing it didn’t go far enough. McKissick would endorse black power, a decision which he would rethink following King’s assassination in 1968.

At that point, as City Lab writes, McKissick “[shifted] strategy again, relying on capitalism to counter entrenched racism that fueled urban neglect and the destitute conditions of black neighborhoods.”

President Johnson supported Floyd McKissick’s vision, and in January 1969 McKissick announced that his utopian, black-built community — one of 14 Model Cities projects, and the only Model City project built from the ground up — would become a reality on 5,000 acres of Warren County land.

“Soul City” Breaks Ground — And Not Much Else 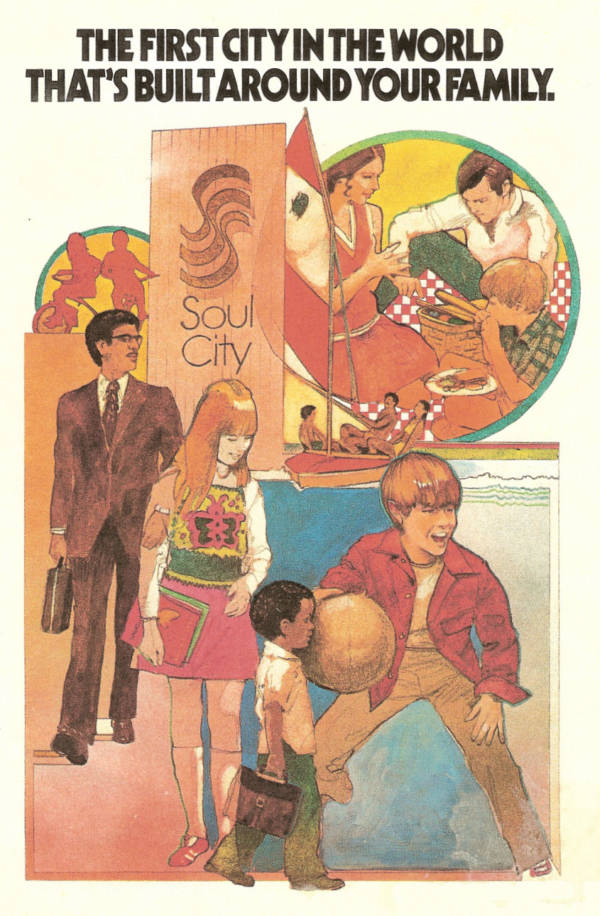 Less than a week after McKissick made his historic announcement, Richard Nixon would officially become President of the United States. While Nixon’s subsequent War on Drugs and “Southern Strategy” would largely inform people’s correct view that he was a racist, for political purposes he too supported McKissick’s vision.

Indeed, as author Robert E. Weems writes, even though Nixon had by and large won over the southern white voting bloc, he still needed to draw at least some African-Americans — particularly those he believed were susceptible to the disruptive politics offered by communist ideologies — to his cause.

Nixon knew that exercising power over the federal purse offered one way to do so. By issuing federal funds to “enterprising African-Americans” in a practice known as grantsmanship, Nixon thought he could transform “black militants into black Republicans.”

It worked — at least with McKissick. By the time Nixon was up for re-election in 1972, McKissick had become a member of the Republican Party, and the man who once called Nixon a fascist had offered his support of the Republican incumbent. And soon enough, McKissick received the funds he needed to start construction on Soul City.

Armed with $17 million — $14 million of it from the Department of Housing and Urban Development, Model Cities’ federal sponsor — McKissick broke ground in November 1973.

In spite of the fact that Soul City did have its fair share of naysayers — whites in particular balked at the prospect of a black-planned and managed community — it did enjoy the support of some powerful locals.

As North Carolina Governor James E. Holhouser said during the groundbreaking ceremony, “This land we stand on today was once the site of a plantation that depended on the labor of slaves…Let Soul City be a lesson for all of us that man can go as far as his dreams take him, so long as he is willing to make those dreams come true.”

Soon enough, McKissick and the black, New York City-based architectural firm Ifill, Johnson & Hanchard constructed houses, an innovative water systems plant, a health clinic and an industrial center in the area. Content with his budding utopia, McKissick at the time said he was “extremely happy with our progress.” 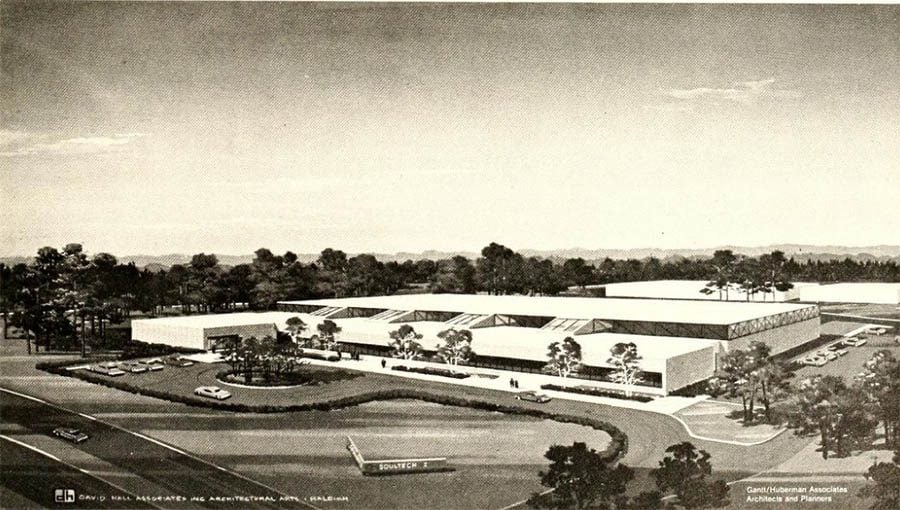 Drawing of Soultech, a proposed industrial facility in Soul City.

And yet, time was not entirely on McKissick’s side. Only 33 people resided within Soul City’s borders in 1973 — a figure that wouldn’t be helped by the next year’s oil crisis, which would cause building costs to soar.

“You’d see 200 or 300% increases in costs almost overnight,” McKissick Jr. told the Guardian. “That meant you might as well throw the projections out of the window.”

Nor did it help that Soul City became the object of bad press and obstructive politics. In 1975, the Raleigh News and Observer cast a critical eye at Soul City, alleging corruption, nepotism, and mismanagement of the project.

Negative media coverage prompted politicians — ostensibly worried about “wasting taxpayer money” — to demand a federal investigation into McKissick’s project. As North Carolina Senator Jesse Helms would write, such apparent mismanagement was “an insult to the hard-pressed taxpayers of North Carolina, and the nation.”

While subsequent investigations cleared McKissick et al. of any wrongdoing by December 1975, it was too late. Soul City lost any private investment opportunity it once had, with companies like General Motors pulling out of talks with McKissick and company.

McKissick, who claimed that the seizure of public and private support was like “taking a baby nine-months-old and asking why he is not a lawyer,” died in Soul City at age 69. Years later, industry has arrived — in the form of prisons and a toxic waste landfill. 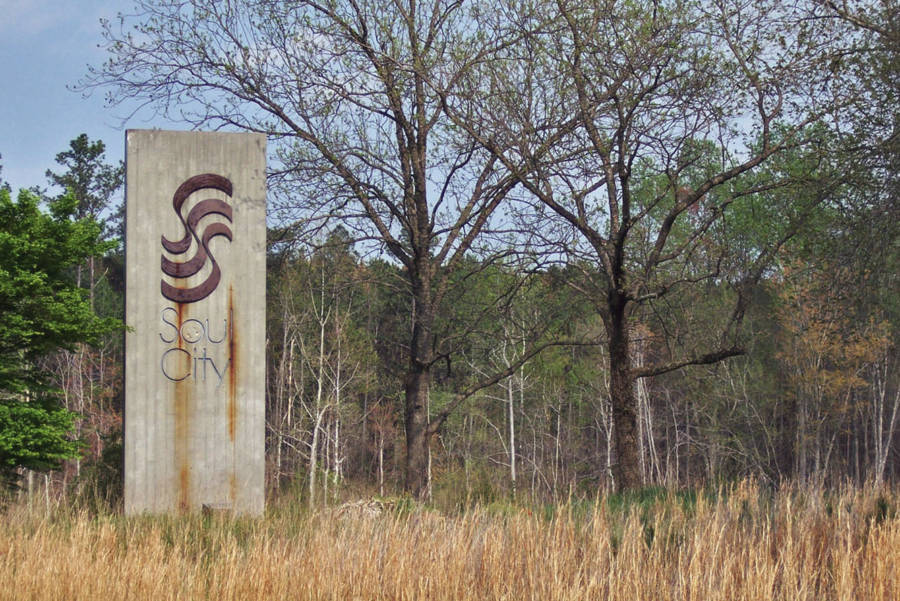 Given Soul City’s historic ambitions, a number of scholars have attempted to explain why the utopian society failed to truly take shape.

Some point to the fact that Soul City was essentially a “one man show” whose leader made some poor business decisions and powerful enemies along the way. Others say that a lack of viable industry and the government’s early termination of the project killed the city before it could truly come into its own.

Those who worked with McKissick on the project said its failure also had to do with racial prejudice.

“All white, usually older men felt threatened by [the project],” and “resented the fact that [Soul City planners] were able to get monies for water and sewage and roads in many instances, when they weren’t able, or hadn’t tried or whatever,” Congresswoman Eva Clayton said.

“And secondly, [these men] didn’t believe that blacks could plan anything,” Clayton said. “But amazingly, the community did indeed.”

Perhaps the plan itself — not its brick and mortar conclusion — was the prize.

After learning about Soul City, brush up on six black leaders from history you probably don’t know about, but should. Then, learn about four female civil rights leaders whose heroics have gone tragically overlooked.