José Mujica Quotes That Could Change Your View on Politicians

The Uruguayan president worked to reduce inequality without sacrificing economic growth or free speech, and these José Mujica quotes show why he's still revered as a catalyst of change in Latin America and beyond.

Former President of Uruguay Jose Mujica was once considered the poorest, most humble leader in the world. Mujica took office in March 2010 but never moved into Uruguay’s presidential palace. Instead, he opted to remain in his run-down chrysanthemum farm that he shared with his wife and several animals.

Though Mujca is no longer president, he created his own legacy within the political landscape – one that suggests presidents are not kings, but lowly civil servants, and should behave as such. The following Jose Mujica quotes outline the views of the 80 year old man that managed to legalize marijuana, abortion, and gay marriage in Uruguay: 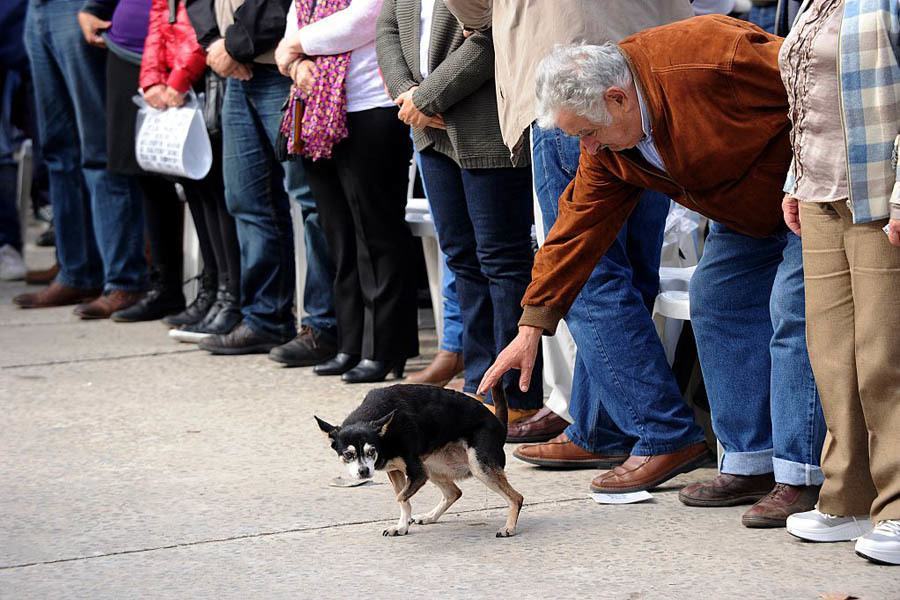 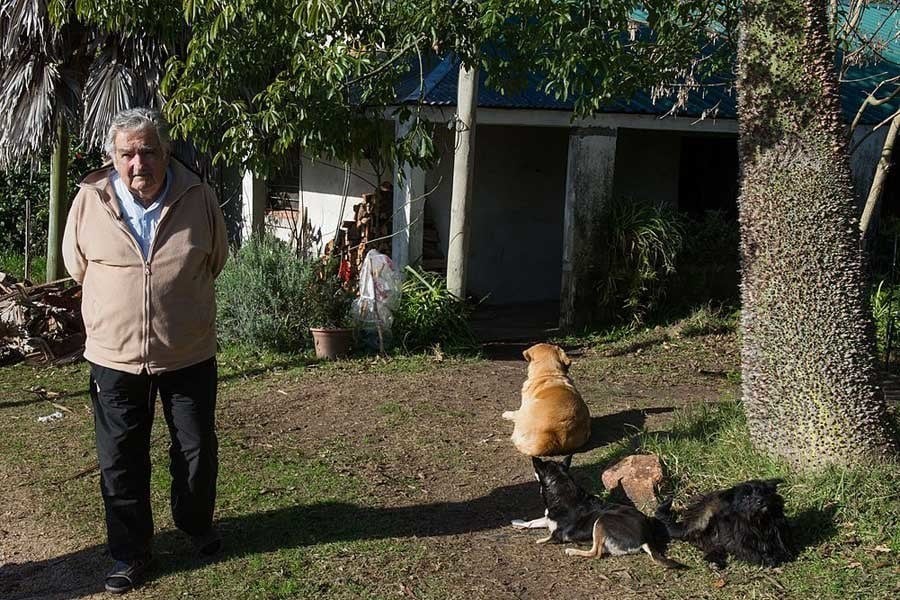 “Consumerism could be the final stage in human civilization, if we keep battering and attacking nature.” Daniel Caselli/AFP/Getty Images 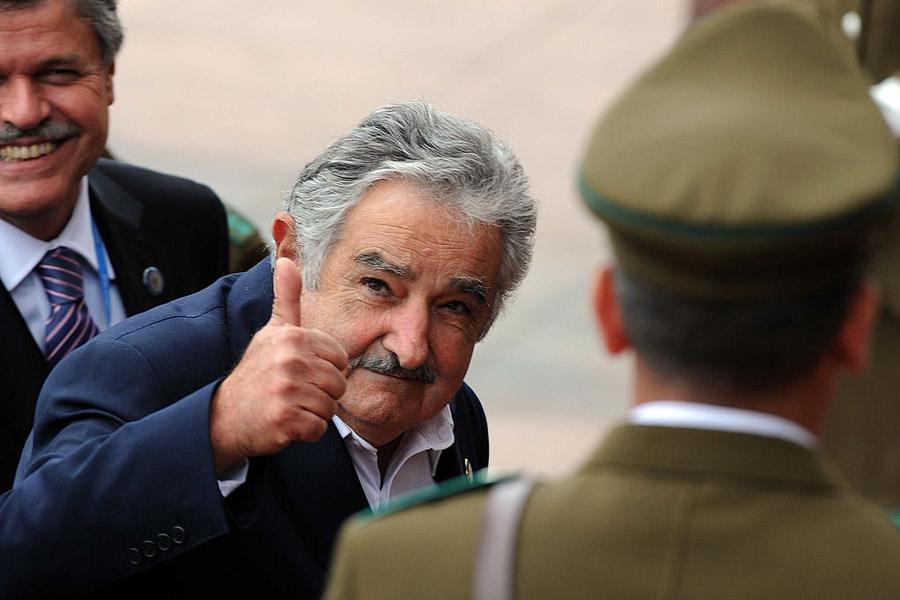 On the pomp of the presidential office: "You need a palace, red carpet, a lot of people behind you saying, 'Yes, sir.' I think all of that is awful." Evaristo Sa/AFP/Getty Images 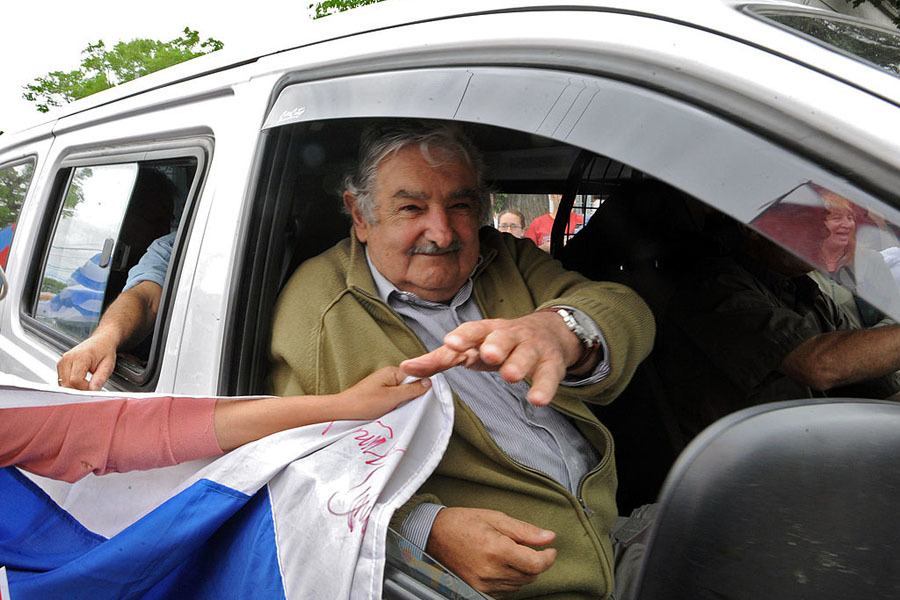 "As soon as politicians start climbing up the ladder, they suddenly become kings. I don't know how it works, but what I do know is that republics came to the world to make sure that no one is more than anyone else."Miguel Rojo/AFP/Getty Images 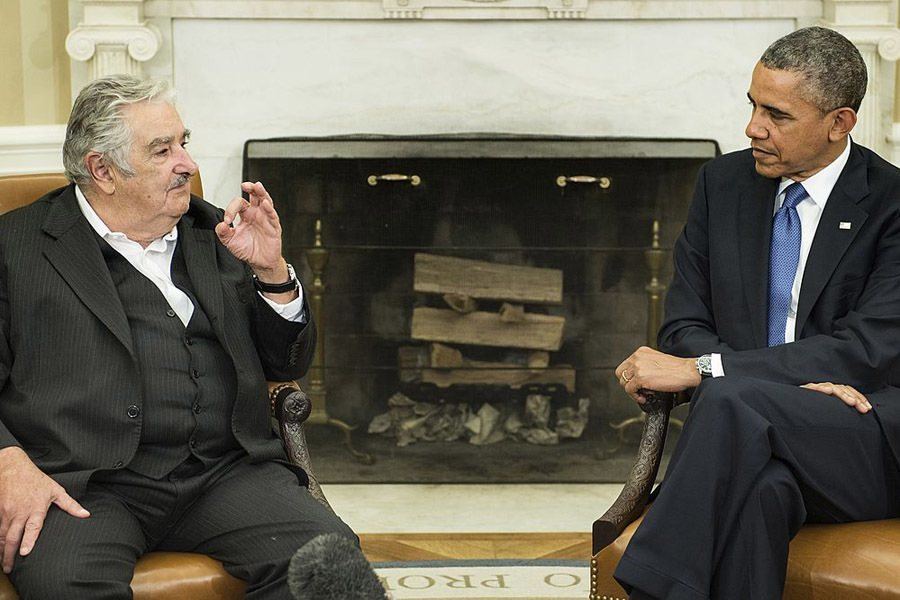 "A president is a high-level official who is elected to carry out a function. He is not a king, not a god. He is not the witch doctor of a tribe who knows everything. He is a civil servant. I think the ideal way of living is to live like the vast majority of people whom we attempt to serve and represent." Brendan Smialowski/AFP/Getty Images 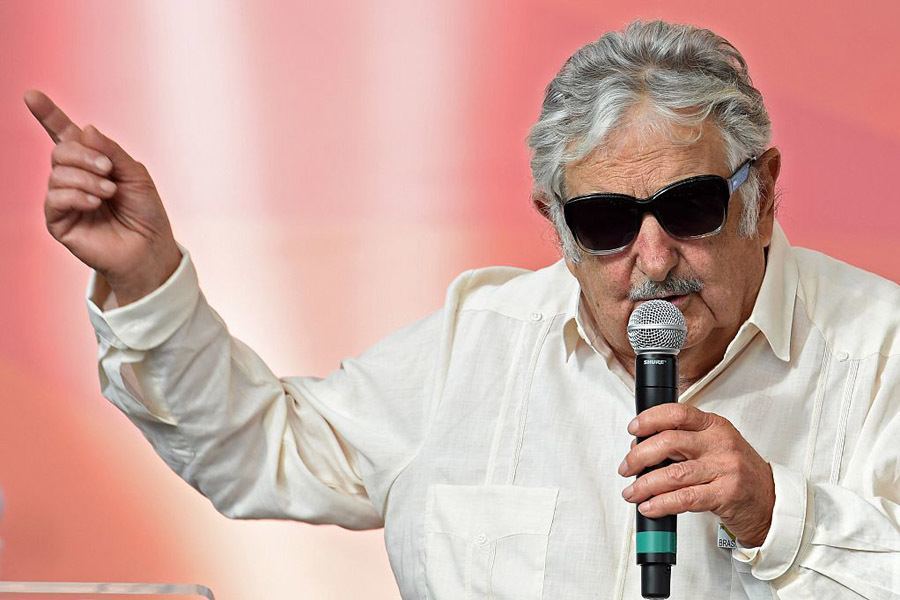 “We can’t live alone. For our lives to be possible, we depend on society. It’s one thing to overturn a government or block the streets. But it’s a different matter altogether to create and build a better society, one that needs organization, discipline, and long-term work. Let’s not confuse the two of them. I want to make it clear: I feel sympathetic with that youthful energy, but I think it’s not going anywhere if it doesn’t become more mature.” Evaristo Sa/AFP/Getty Images 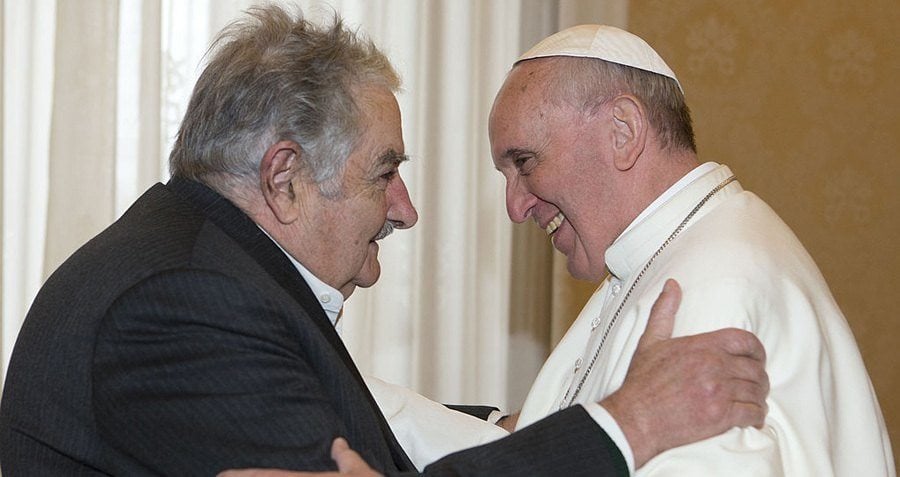 "Abortion is old as the world. Gay marriage, please — it's older than the world. We had Julius Caesar, Alexander the Great, please. To say it's modern, come on, it's older than we are. It's an objective reality that it exists. For us, not legalizing it would be to torture people needlessly." Alessandra Tarantino/AFP/Getty Images 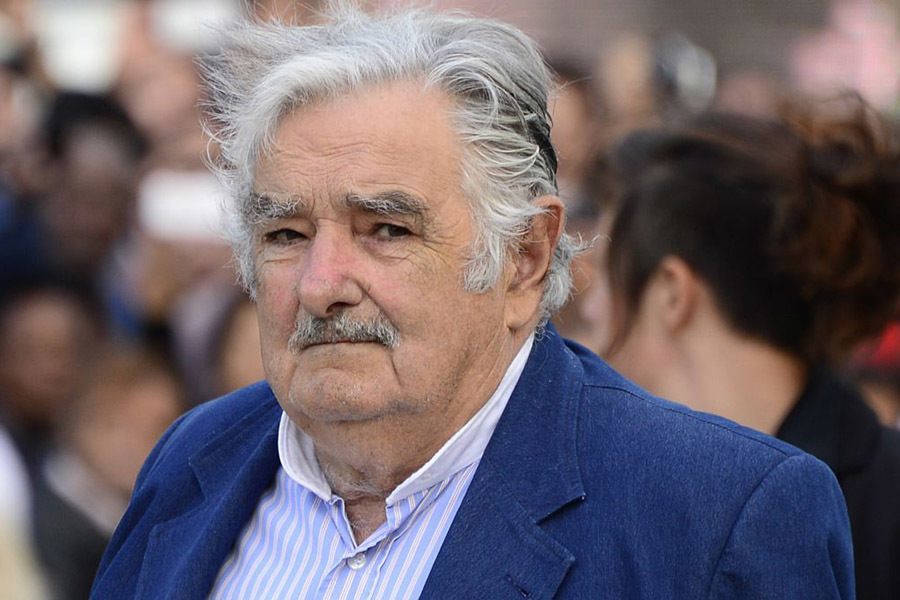 “We’re going to start an experiment. It’s almost certain that we’ll be under the international spotlight. We’re a petri dish, really, a social laboratory. But remember this: in Uruguay there are 9,000 prisoners. Three thousand of them are locked up for narco-trafficking crimes. What does that mean? That three out of nine incarcerations are drug-related. First and foremost we need to fix that.”Pablo Porciuncula/AFP/Getty Images 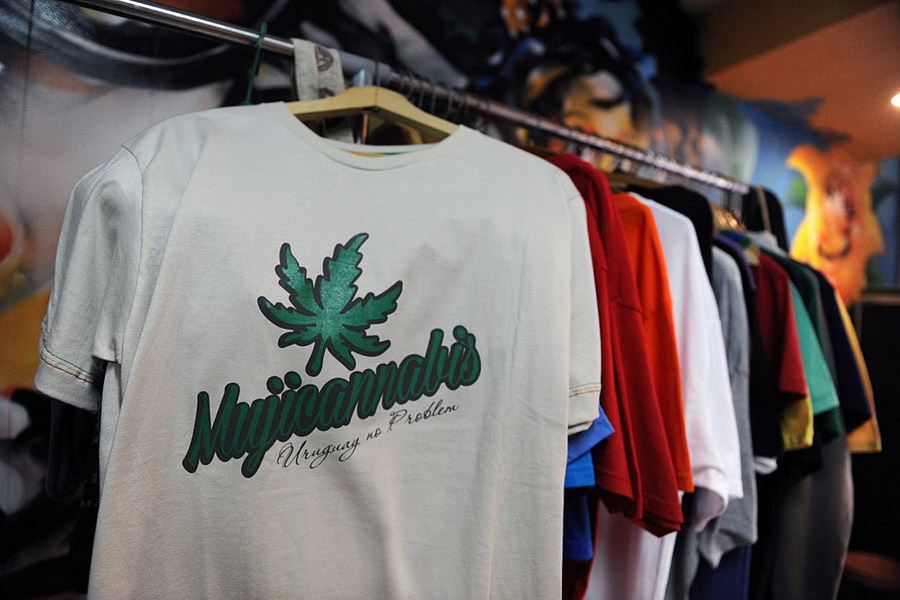 "Worse that drugs is drug trafficking. Much worse. Drugs are a disease, and I don't think that there are good drugs or that marijuana is good. Nor cigarettes. No addiction is good. I include alcohol. The only good addiction is love. Forget everything else."Miguel Rojo/AFP/Getty Images 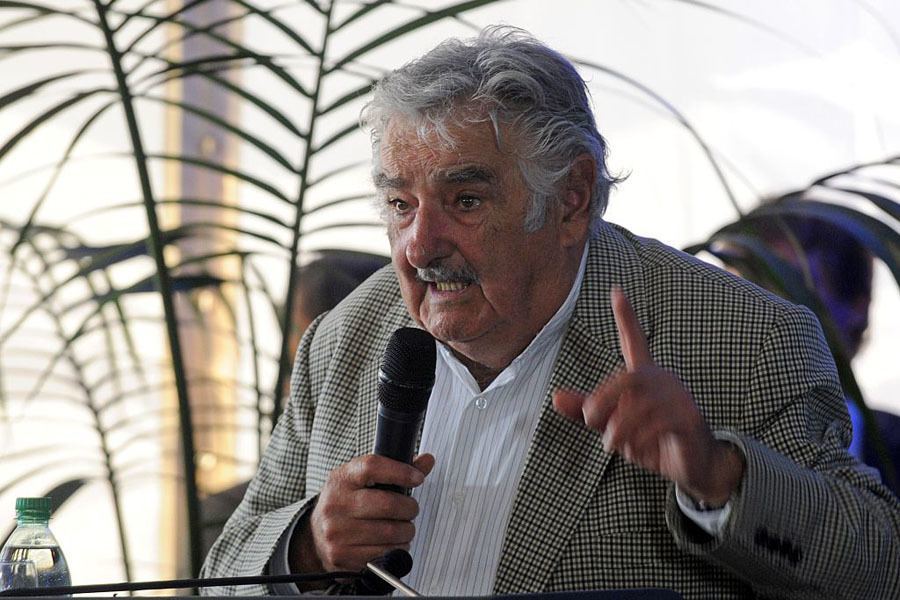 “All of the police measures we’ve undertaken in the last 100 years against drug trafficking have multiplied crime. Drugs have spread and violence has overrun society.”Miguel Rojo/AFP/Getty Images 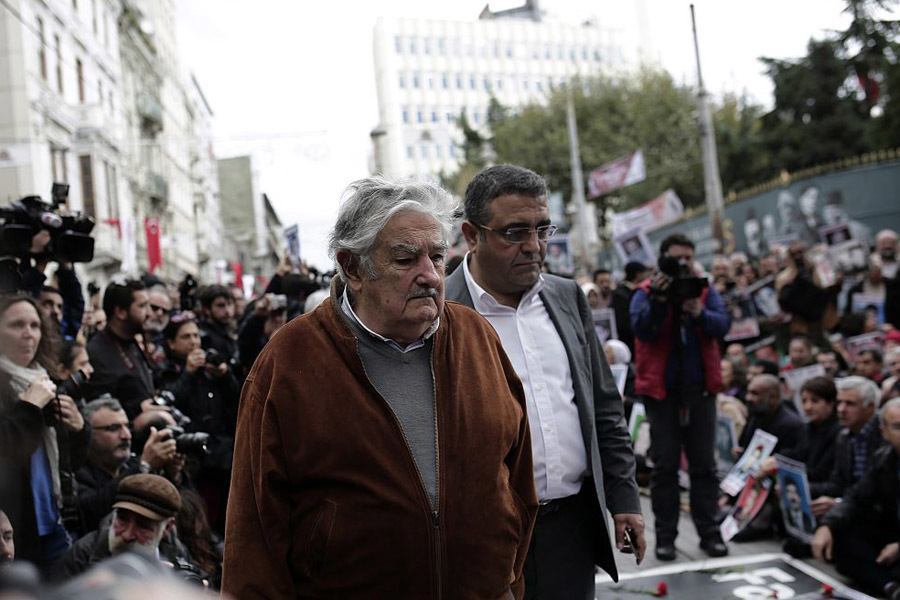 “The world will always need revolution. That doesn’t mean shooting and violence. A revolution is when you change your thinking. Confucianism and Christianity were both revolutionary.”Yasin Akgul/AFP/Getty Images 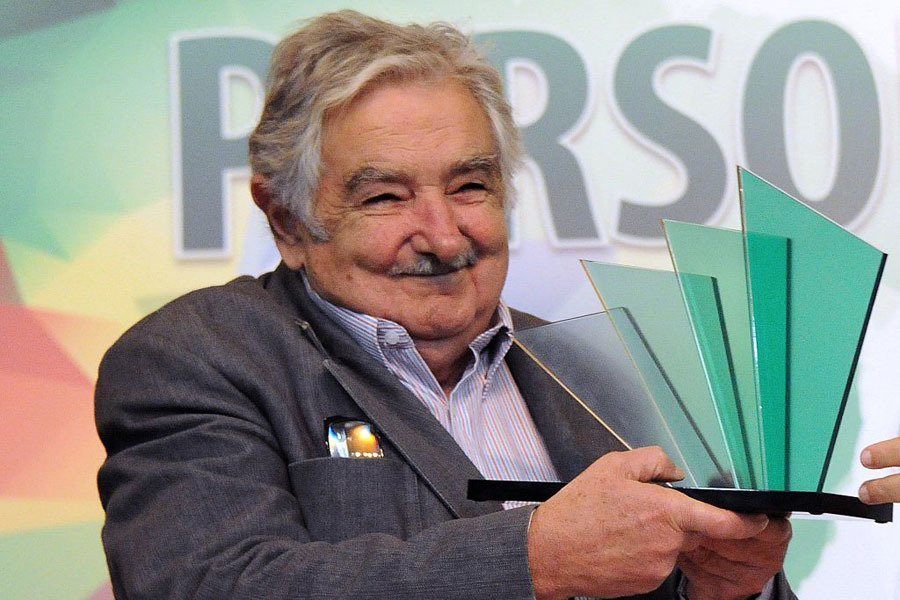 “We have sacrificed the old immaterial Gods, and now we are occupying the temple of the Market-God. He organizes our economy, our politics, our habits, our lives and even provides us with rates and credit cards and gives us the appearance of happiness.”Tasso Marcelo/AFP/Getty Images 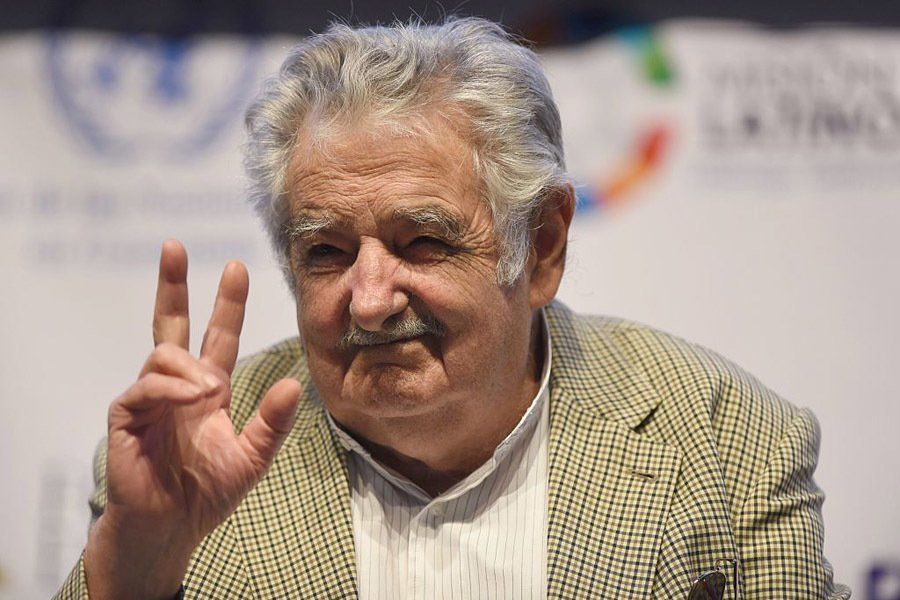 “I’m just sick of the way things are. We’re in an age in which we can’t live without accepting the logic of the market… Contemporary politics is all about short-term pragmatism. We have abandoned religion and philosophy … What we have left is the automatization of doing what the market tells us.”Johan Ordonez/AFP/Getty Images 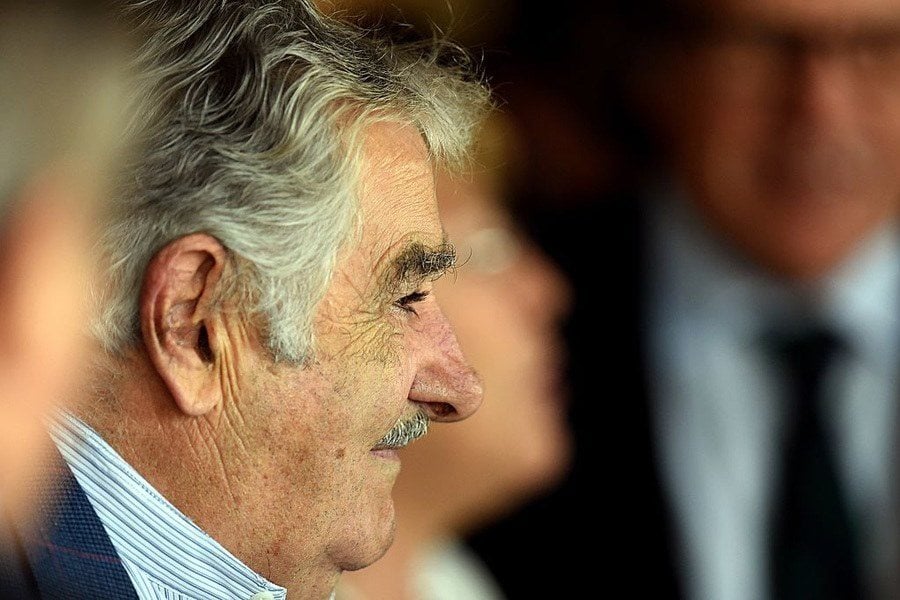 “What some call the ecological crisis of the planet is a consequence of the triumph of human ambition. This is our triumph as well as our defeat.”Evaristo Sa/AFP/Getty Images 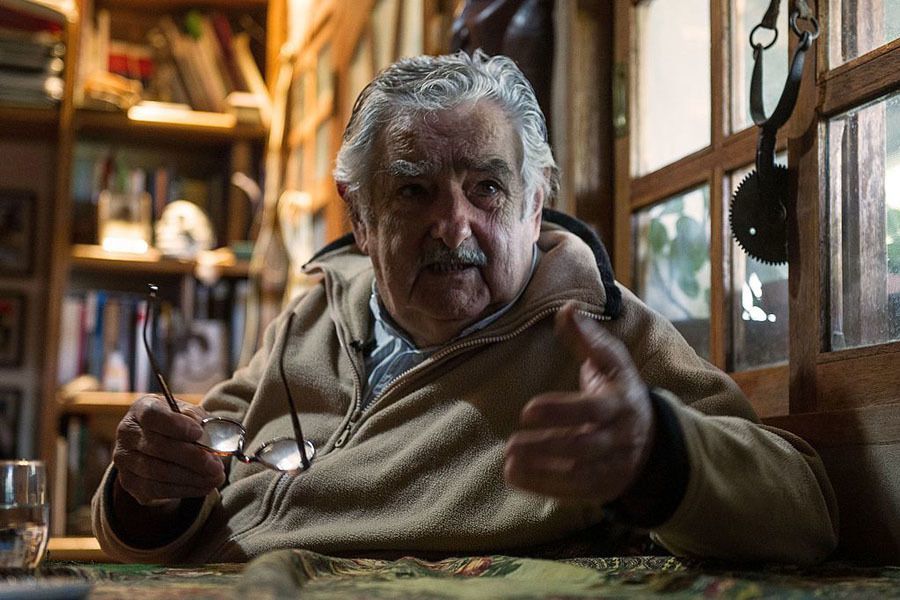 “Are we governing globalization or is globalization governing us? Is it possible to speak of solidarity and say that “we are all together” in an economy based on ruthless competition? How far does our fraternity extend?”Daniel Caselli/AFP/Getty Images 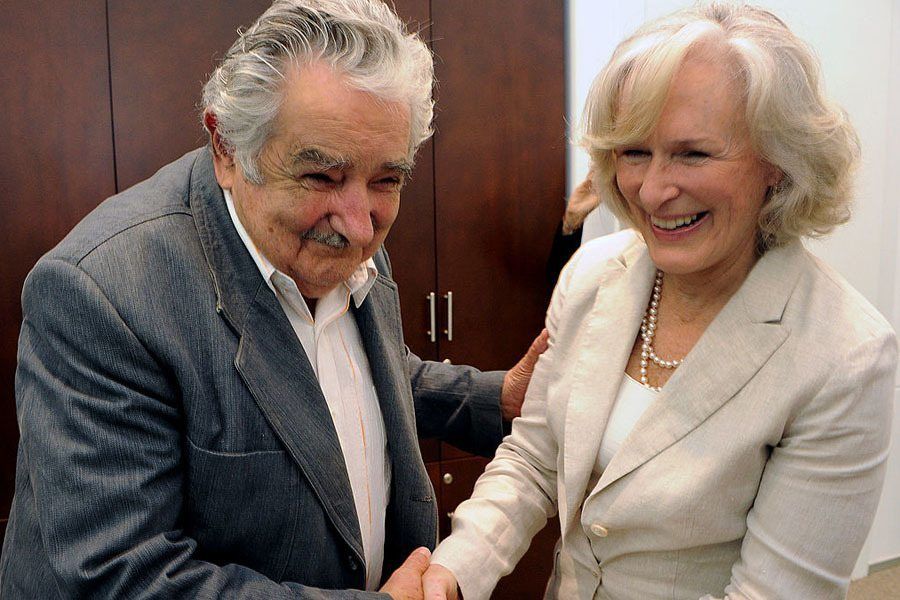 “We can almost recycle everything now. If we lived within our means – by being prudent – the 7 billion people in the world could have everything they needed. Global politics should be moving in that direction, but we think as people and countries, not as a species.” Alvaro Salas/AFP/Getty Images 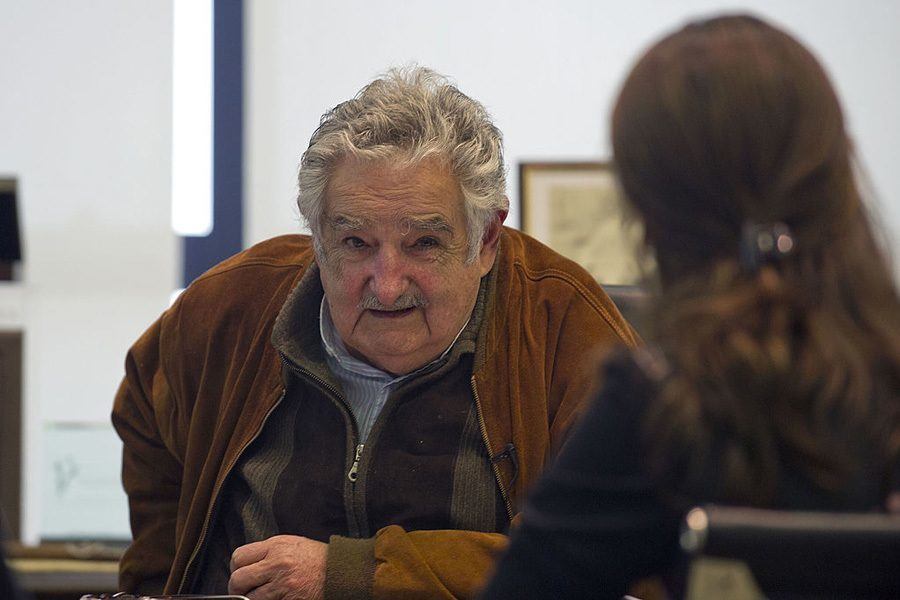 “Being reactionary is the pathology of the conservative. It is go backwards and comes from a dogmatic and closed mindset. The pathology of the left is infantilism. It is the permanent confusion of an illusion with reality.”Daniel Caselli/AFP/Getty Images 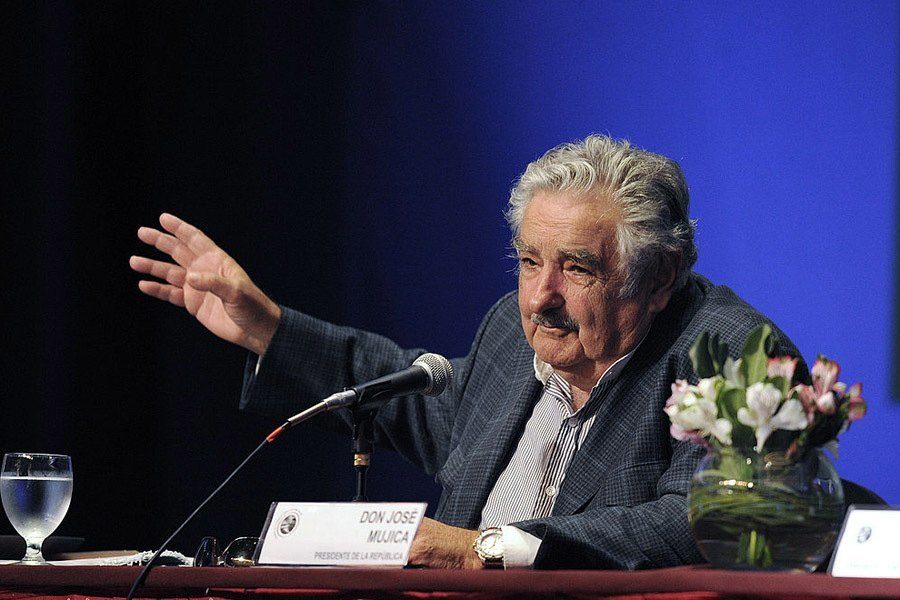 “When you buy something, the instrument is money, but in reality you are buying it with the hours of your life that you spent earning that money. The greatest thing that you have is that you are alive.” Miguel Rojo/AFP/Getty Images 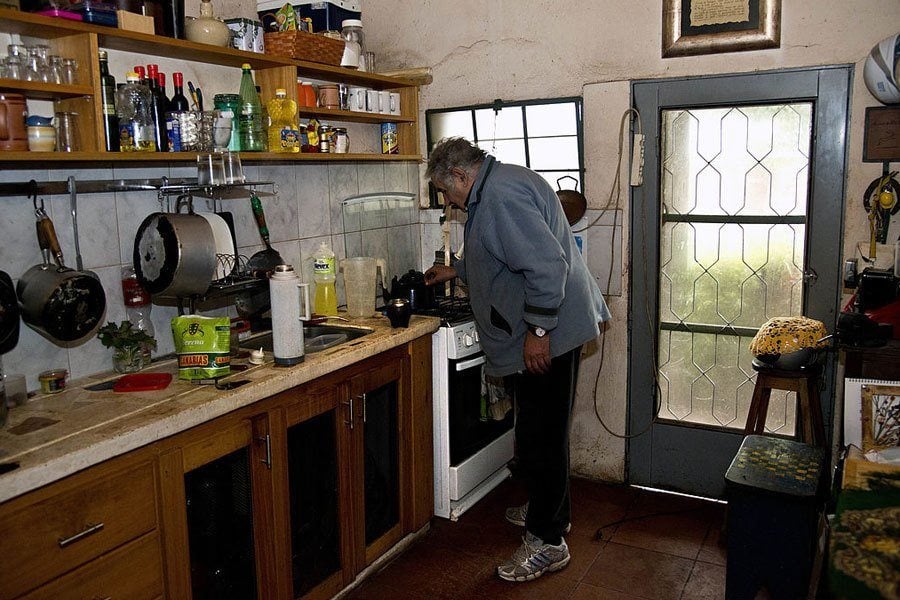 “I am frugal, not poor. Frugal, with a light suitcase. I live with little, just what’s necessary, not too tied down to material things. Why? So I can have more free time. To do what? What I like. Freedom is having time to live."Mario Goldman/AFP/Getty Images 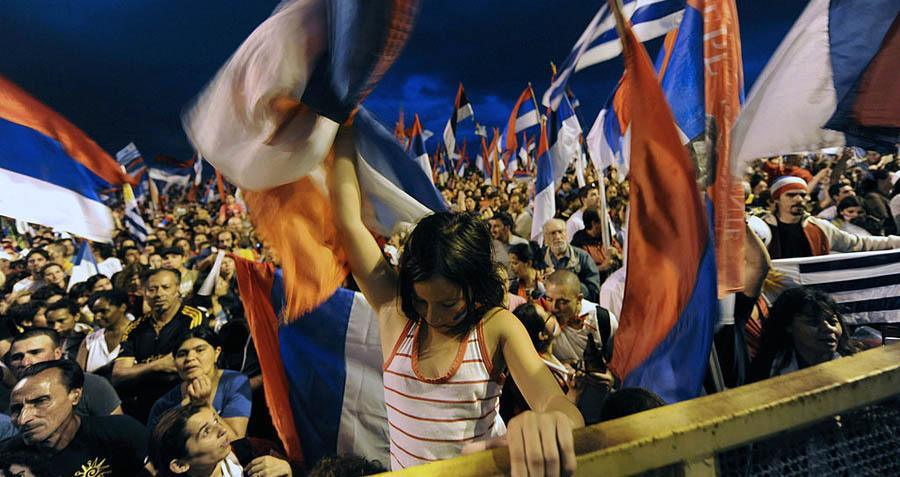 “There are those who believe that power is up above, and they don't notice that it's actually in the hearts of the great masses.”Pablo Porciuncula/AFP/Getty Images 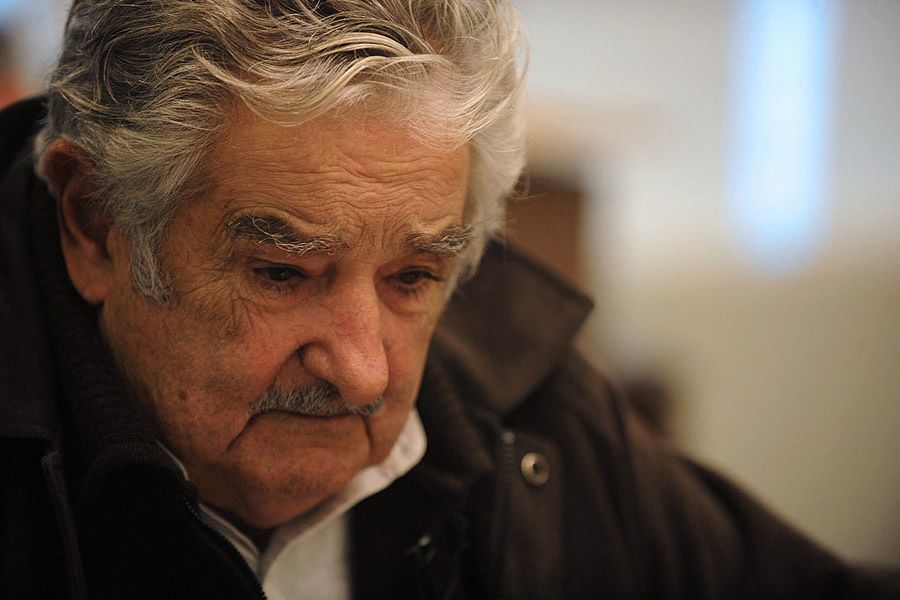 “There are people who say that you can't experiment... That condemns you to failure.” Miguel Rojo/AFP/Getty Images 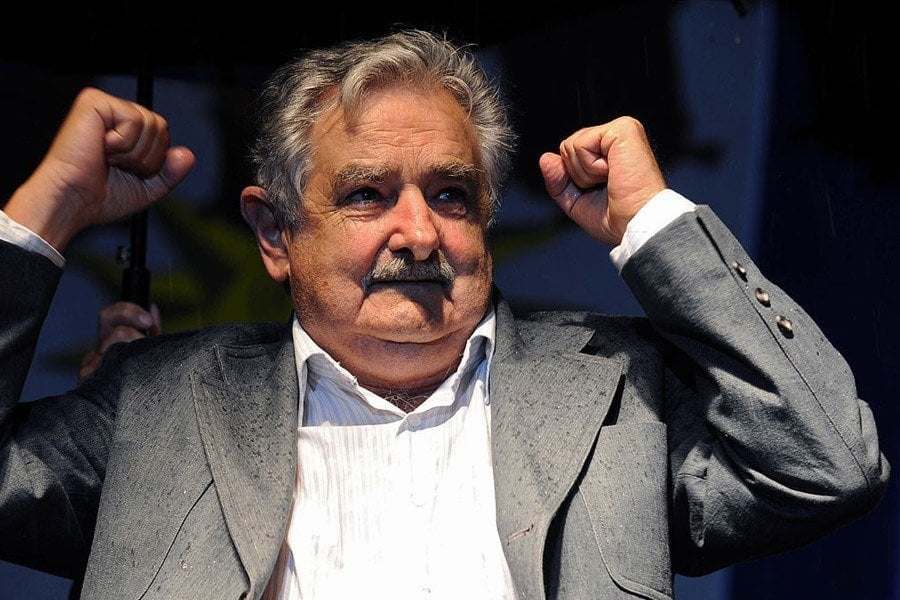 “I don't know whether I like this planet or not. But I have to accept it.”Pablo Porciuncula/AFP/Getty Images 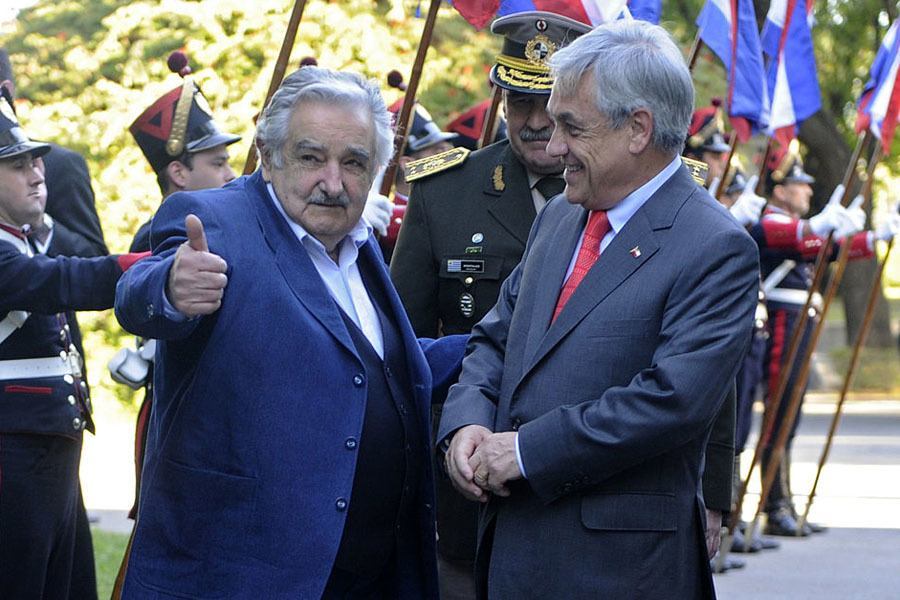 "I'm not the poorest president. The poorest is the one who needs a lot to live. My lifestyle is a consequence of my wounds. I'm the son of my history. There have been years when I would have been happy just to have a mattress."Daniel Caselli/AFP/Getty Images 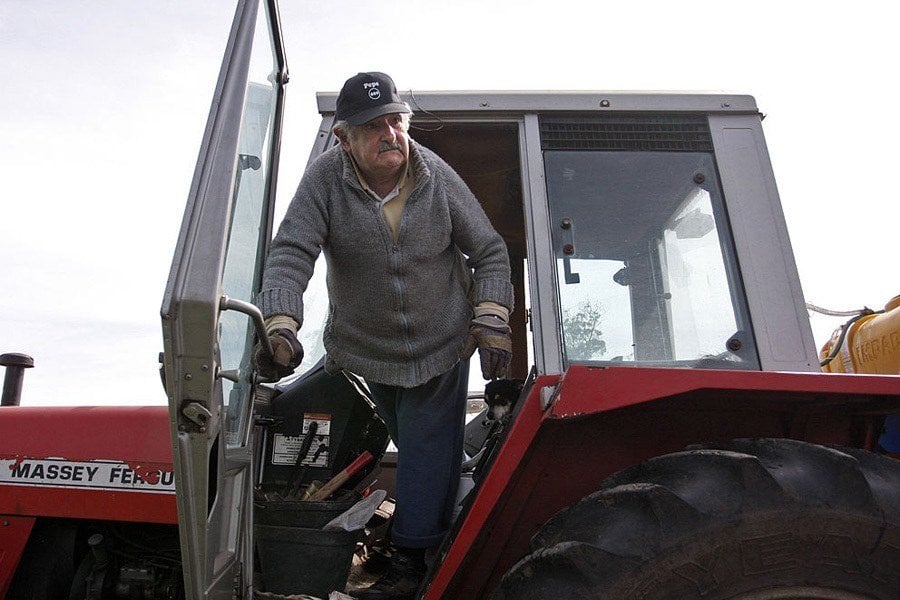 "I have a way of life that I don't change just because I am a president. I earn more than I need, even if it's not enough for others. For me, it is no sacrifice, it's a duty." Jose Monestier/AFP/Getty Images 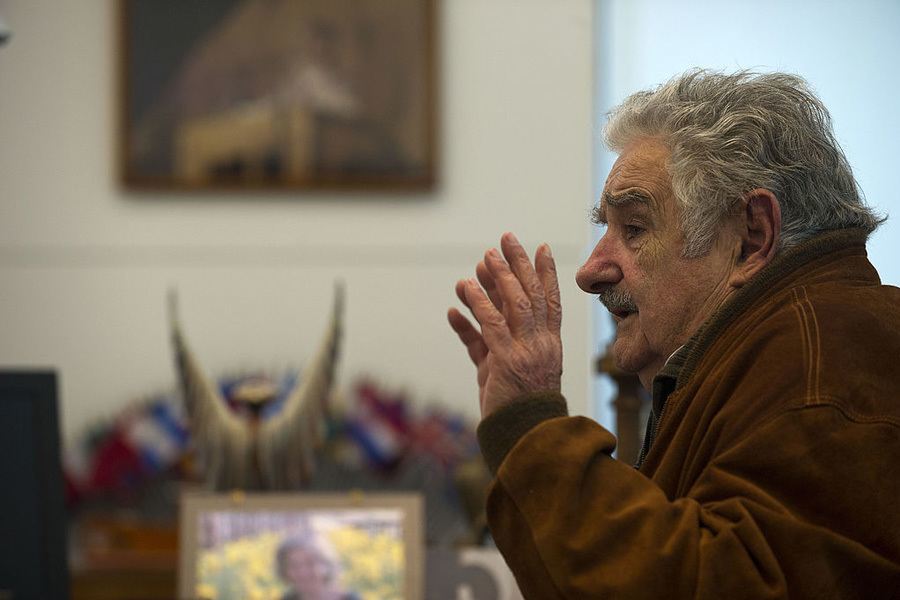 “The tie is a useless rag that chokes the neck. I am an enemy of consumerism. On account of this hyper-consumerism, we are forgetting fundamental things and expending human effort on trivialities that have little to do with human happiness.”Daniel Caselli/AFP/Getty Images 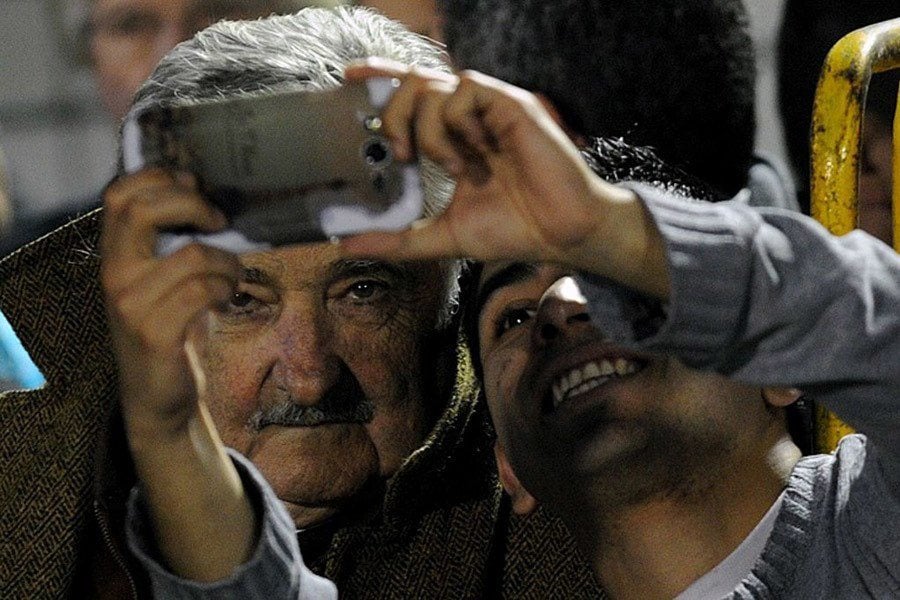 "Be yourself and don't try to impose your criteria on the rest. I don't expect others to live like me. I want to respect people's freedom, but I defend my freedom. And that comes with the courage to say what you think, even if sometimes others don't share those views." Pablo Porciuncula/AFP/Getty Images

Want more of Jose Mujica's wisdom? Check out our profile of the Uruguayan President.