Described as humble, average and poor, Uruguay's Jose Mujica is a remarkable politician precisely for not seeming like one. 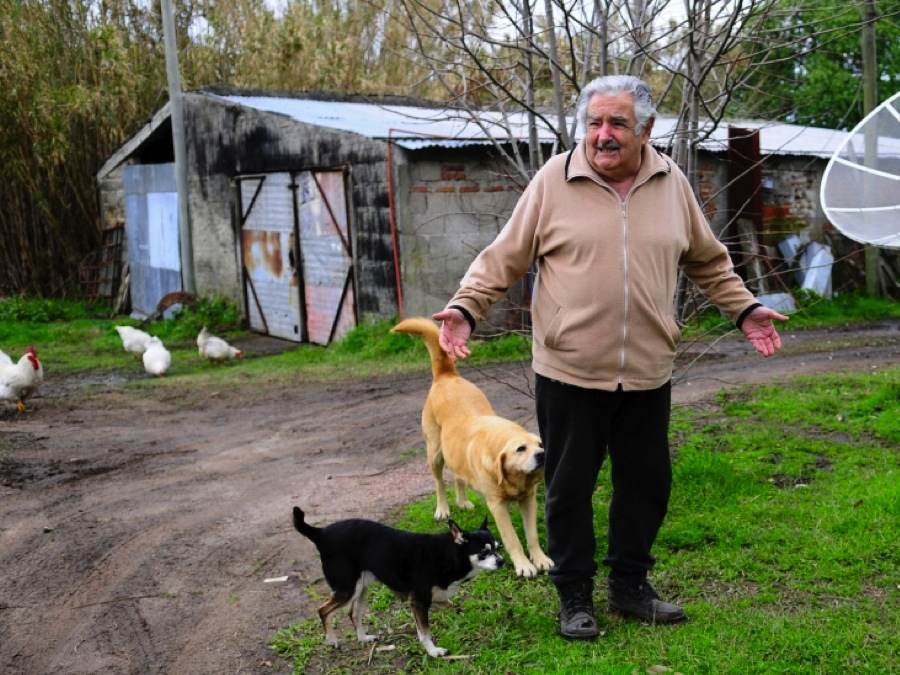 The five-year administration of the “world’s humblest president” is about to come to an end. José Mujica took office as President of Uruguay in March 2010, but never moved into the Presidential Palace in Uruguay’s capital of Montevideo. Instead, he lived on his wife’s farm surrounded by the family dogs.

In addition to “humblest,” Mujica has been called the “world’s poorest president,” the “most radical politician,” the “anti-politician,” “the last hero of politics,” and “a modern day Don Quixote.” Perhaps the most profound accolade he has received, though, has been from his neighbor, who told The Guardian that Mujica “is an ordinary man.”

When he was running for the presidency, Mujica had to disclose his net worth. His personal wealth came to $1,800, the value of his 1987, baby-blue Volkswagen Beetle. Since assuming office in 2010, Mujica has received a monthly salary of roughly $12,000. From this, he lives on $800, which is roughly equivalent to an average Uruguayan’s income. The rest the president gives away to local charities. 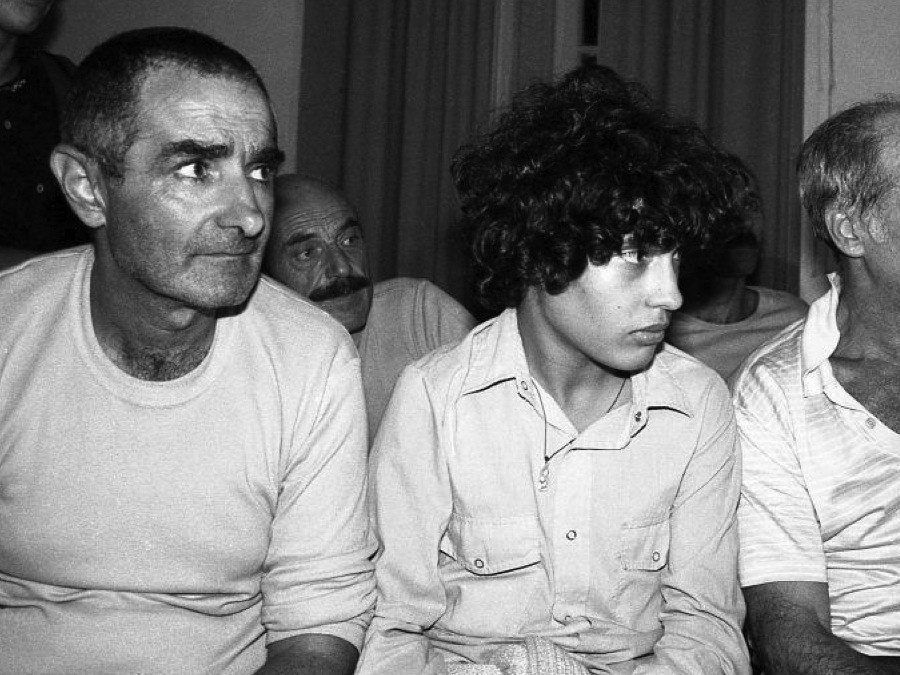 José Mujica was arrested multiple times and eventually spent 14 years in prison. He is pictured here (left) on the day of his release in 1985. Source: Policy Mic

In the 1960s, Mujica rebelled against the Uruguayan state as part of the Marxist Tupamaros insurgency, which took Fidel Castro and Che Guevara as revolutionary models. Today the Tupamaros would likely be labeled as a terrorist organization, and Mujica himself robbed banks and shot at police in gun battles in the streets of the coastal city of Pando.

In 1970, Mujica was shot multiple times while fleeing authorities and almost died on an operating table at a Montevideo hospital. He was jailed multiple times in the early 1970s, escaping twice by digging tunnels out of prison. He eventually spent more than a decade in solitary confinement, where he suffered mental disturbances, including hallucinations, and fed crumbs to the rats that shared his cell.

After a period of military rule, Uruguay began holding democratic elections again in 1984. Mujica was released from prison in 1985. In the 1990s, he ran for office as a member of the Movement of Popular Participation, which formed part of a larger left-leaning coalition called the Frente Amplio or Broad Front. He eventually became a senator in 1999 and was known for riding to Parliament on his beat-up Vespa. He later became the Minister of Agriculture in the cabinet of President Tabaré Vázquez, also of the Broad Front.

The Rebel in Office

Mujica became president in 2010, after a convincing victory over a right-wing challenger. Poverty levels, which plummeted during Vázquez’s term, continued to fall, dropping from 19 percent of the population in 2010 to less than 12 percent by 2013. The minimum wage grew by 50 percent during the Mujica presidency. On the other hand, violent crime has also gone up during his term.

Mujica’s term will end on March 1, 2015, and due to constitutional rules, he cannot run for president again. Tabaré Vázquez, who was just re-elected in November, will take Mujica’s place as president. Vázquez’s re-election, though, means a continuation of most of Mujica’s policies, including the legalization of marijuana. Still, Mujica’s most lasting legacy is perhaps that he completes his term as he began it, as an ordinary man.

Check out the gallery below to get to know the world’s most humble president: 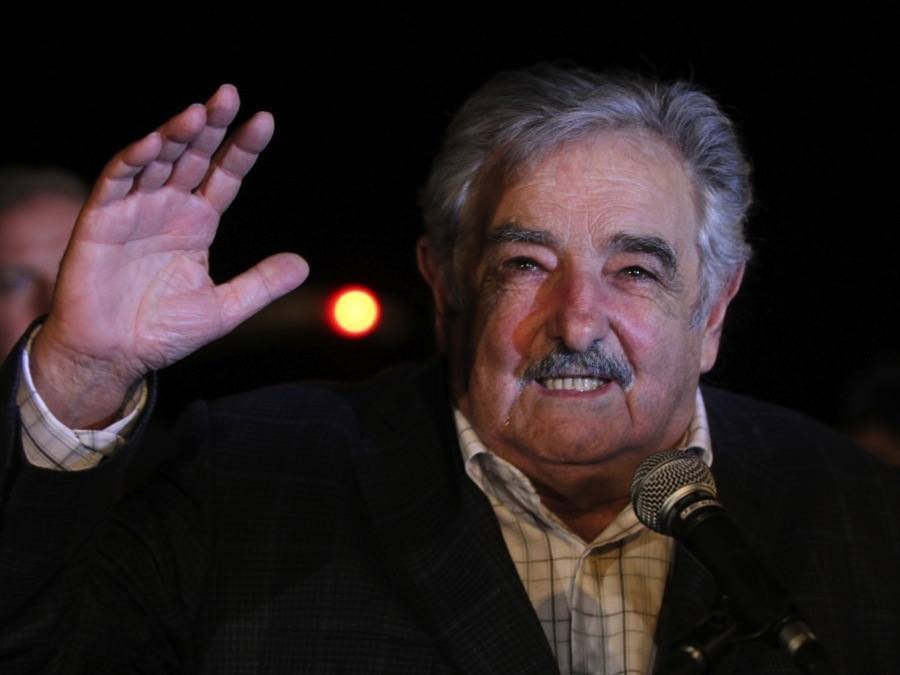 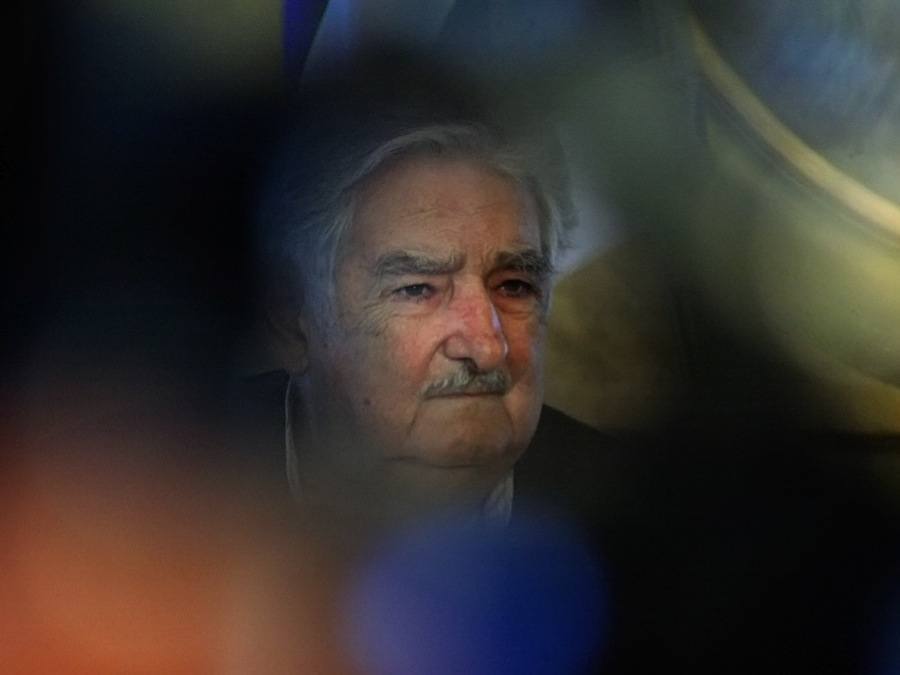 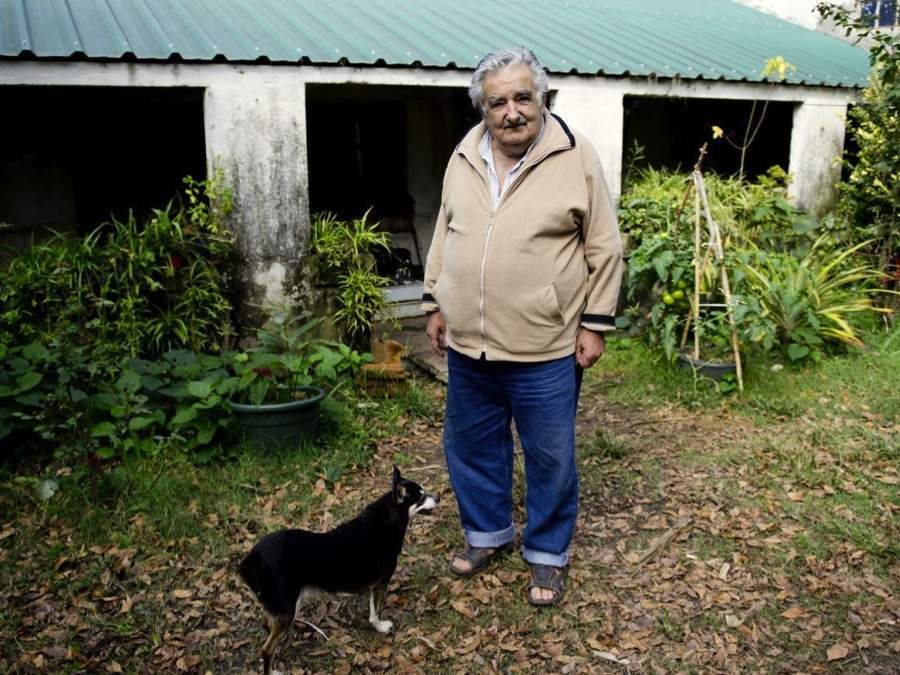 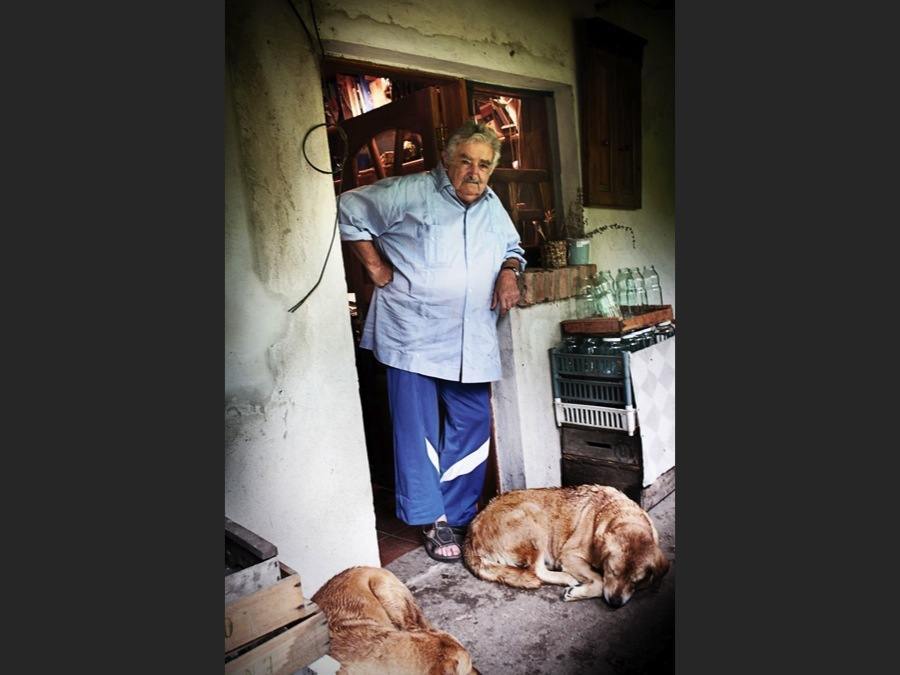 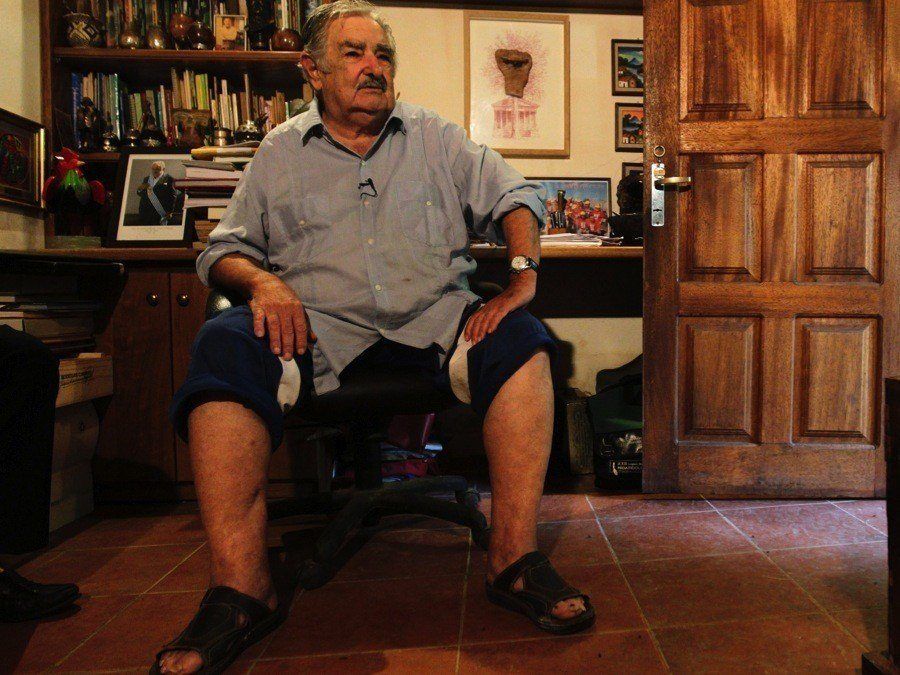 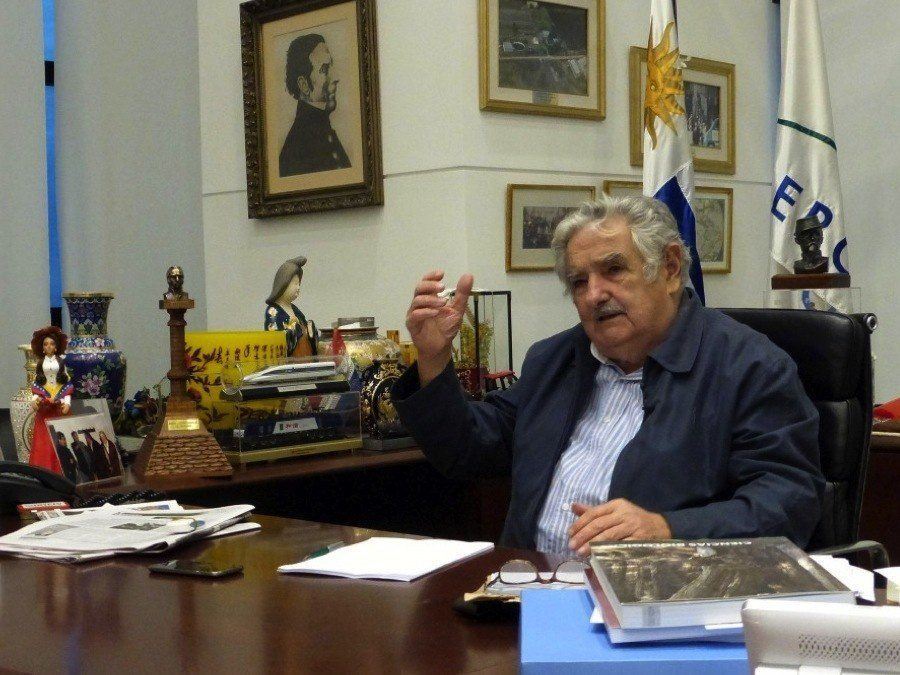 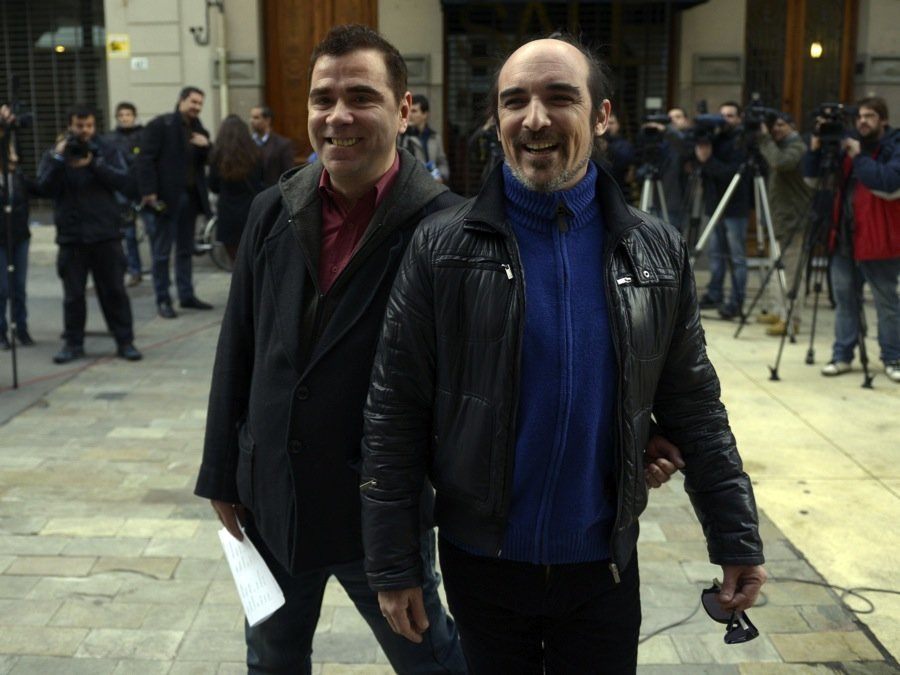 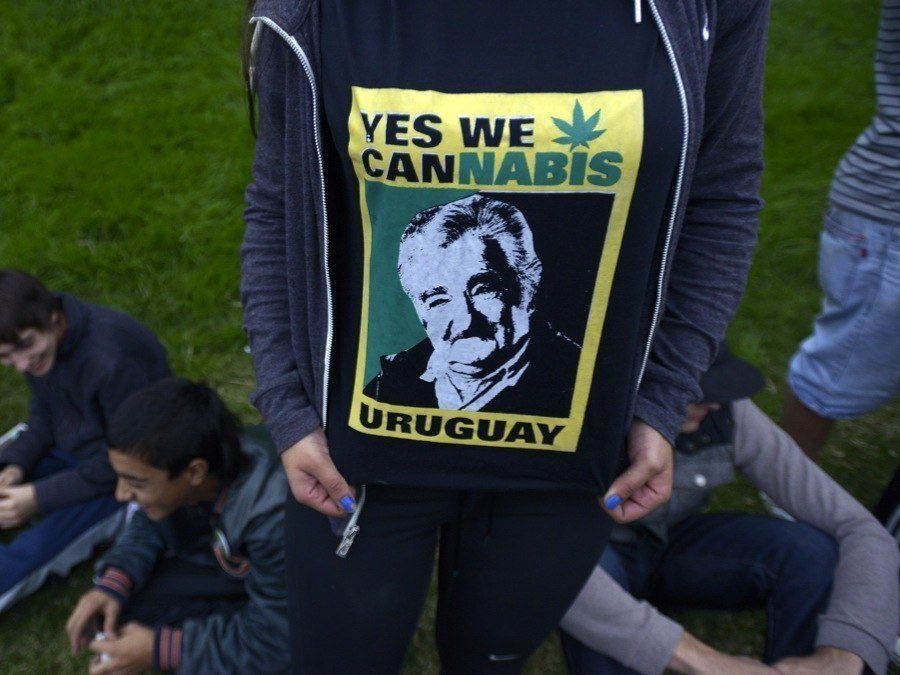 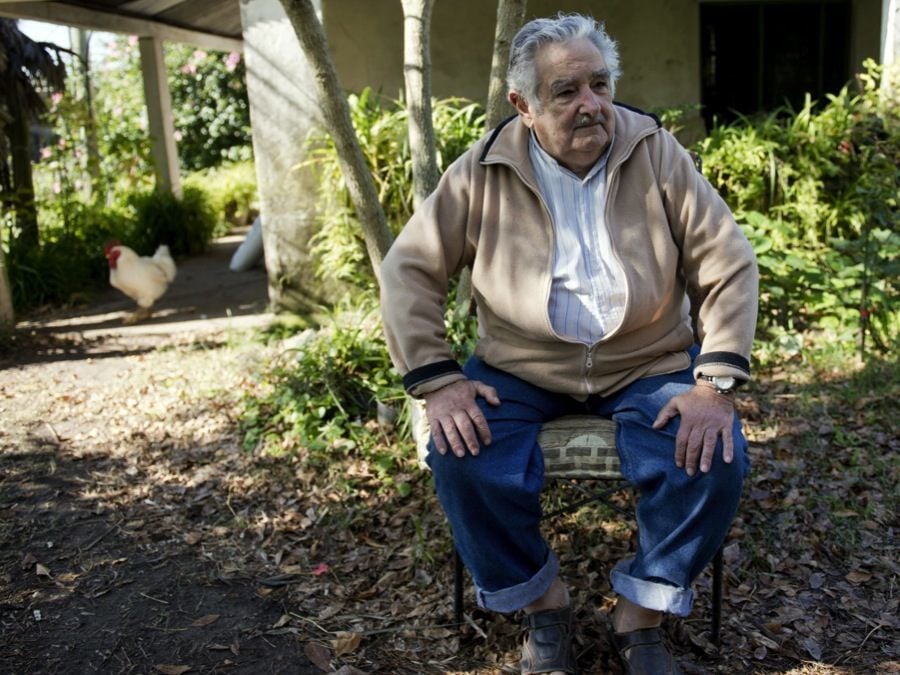 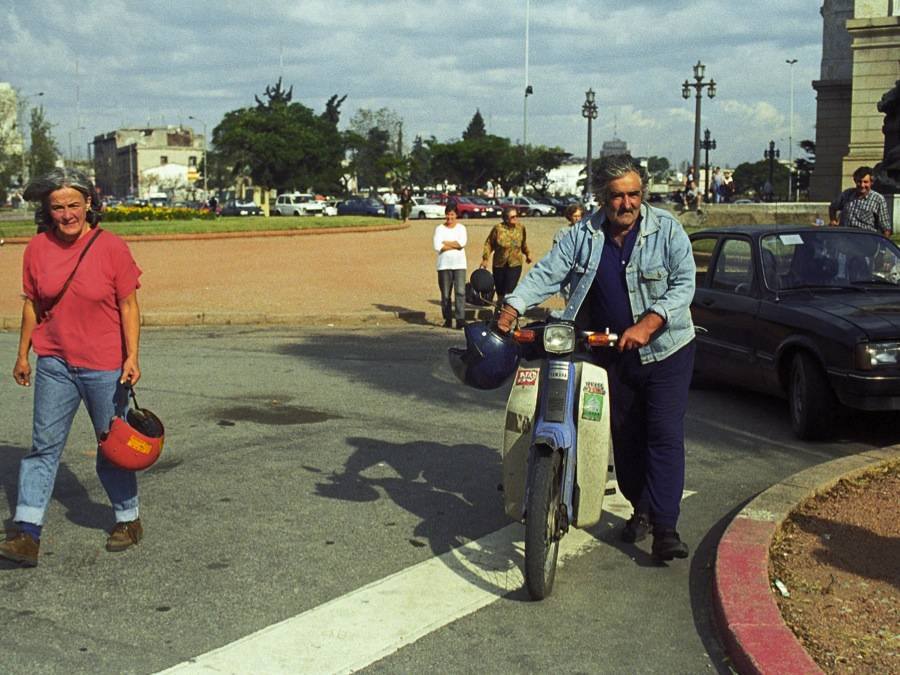 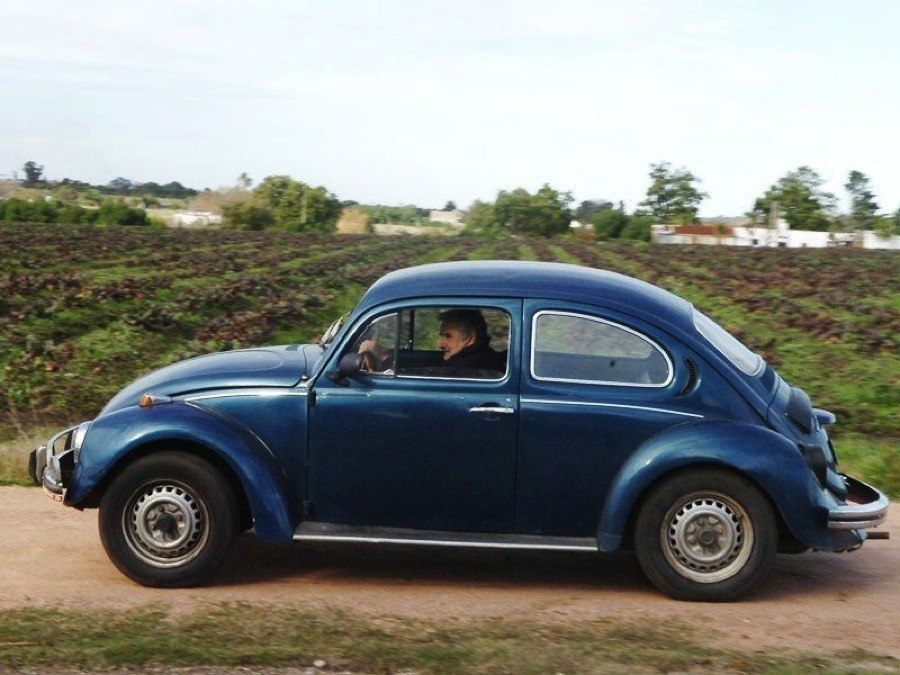 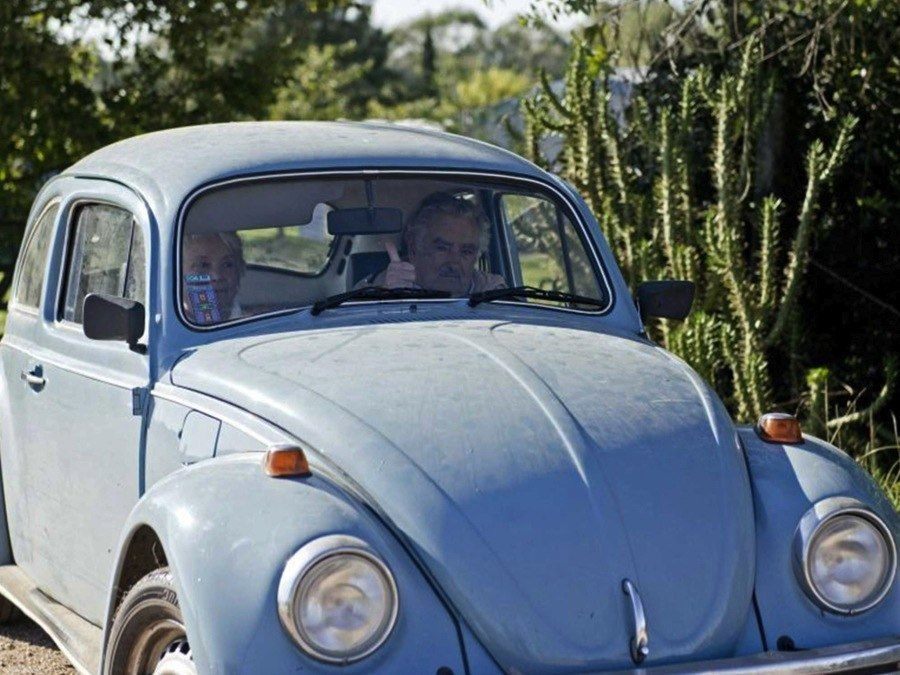 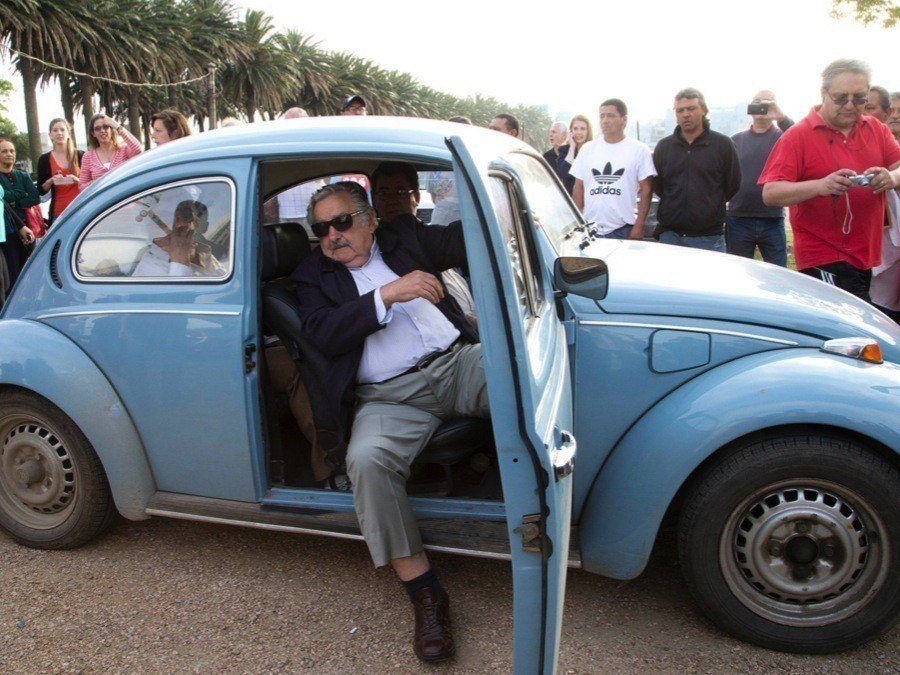 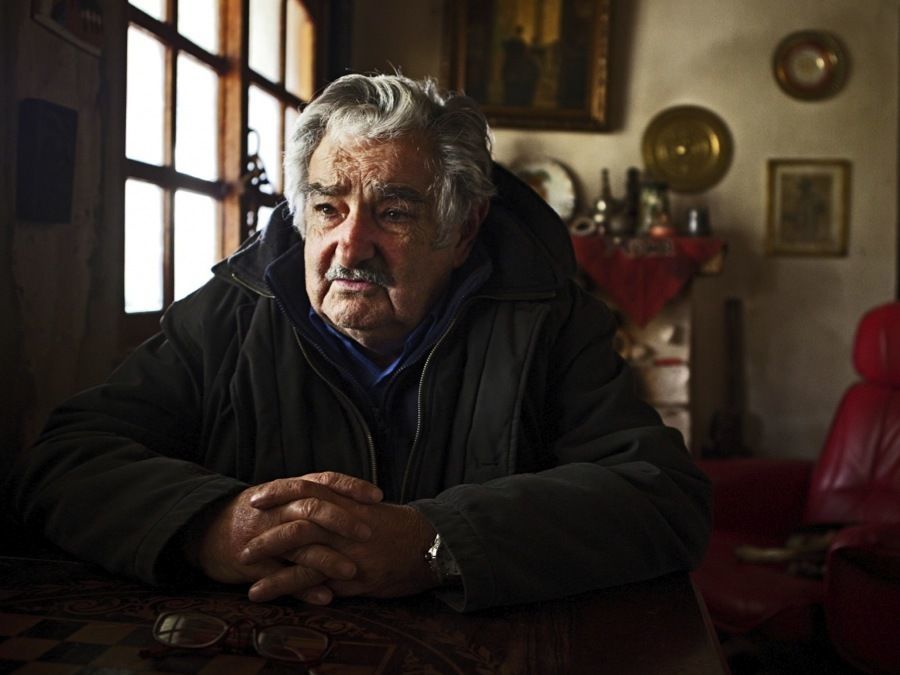 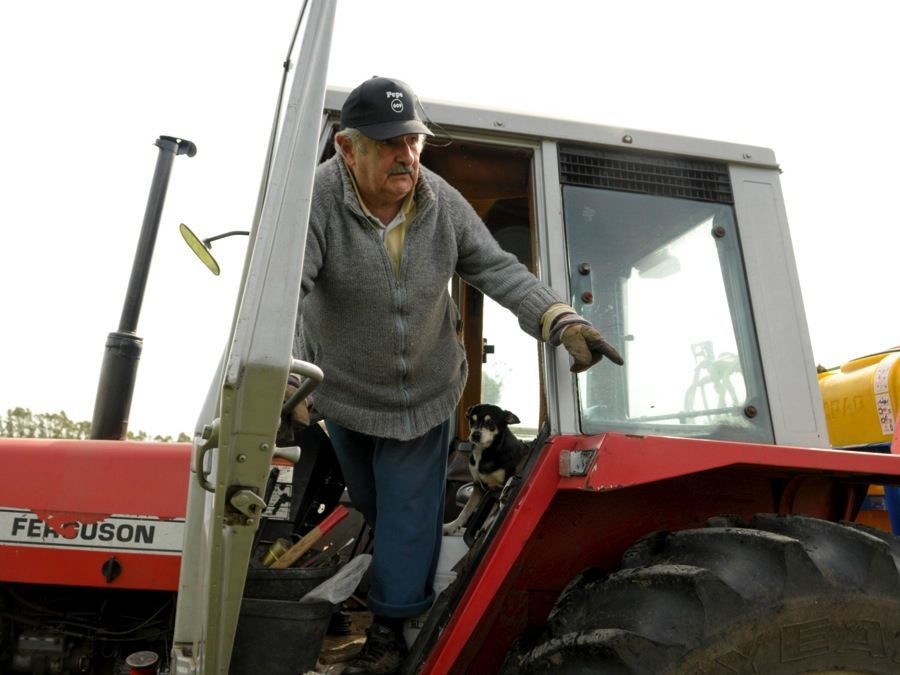 1 of 16
José Mujica, also called El Pepe, has served as Uruguay’s president since 2010. Source: Noticias7
2 of 16
He has been called the “most radical president” because he disdains displays of wealth and power and chooses to live a simple life. Source: Finland Today
3 of 16
He lives there with his dogs, including the three-legged Manuela pictured here. Source: After Biz Life
4 of 16
He donates 90 percent of his presidential salary to local charities, choosing to live on roughly $800 a month. Source: El País
5 of 16
“We have done everything possible to make the presidency less venerated,” he once told the New York Times. Source: UOL
6 of 16
Mujica’s Uruguay has been hailed as one of the most socially progressive governments in Latin America. Source: Univisión Kansas
7 of 16
Sergio Miranda and Rodrigo Borda became Uruguay’s first legally married gay couple in 2013. Source: Fox News
8 of 16
Under Mujica’s leadership, Uruguay became the first country in the world to legalize the sale of marijuana nationwide. Source: NPR
9 of 16
Mujica’s rise to power was incredibly unlikely. He started his adult life fighting against the government as part of the violent Tupamaros rebels. Source: NPR
10 of 16
In the 1990s, Mujica became active in Uruguayan politics as part of the Broad Front coalition. He is pictured here with Lucía Topolansky, who he married in 2005. Source: Policy Mic
11 of 16
When asked to disclose his personal wealth during the 2009 presidential campaign, Mujica only had one asset to list: his 1987 VW Beetle, worth about $1,800. Source: Merco Press
12 of 16
He still drives the car. Source: The Independent
13 of 16
In 2014, an Arab sheikh offered Mujica $1 million for the car. The president declined the offer. Source: The Guardian
14 of 16
Mujica is known to quote Seneca: “It is not the man who has too little, but the man who craves more, who is poor.” Source: The Guardian
15 of 16
One of Mujica’s neighbors has called him “an ordinary man.” His ability to reject the trappings of power may be his most important legacy. Source: Yahoo
16 of 16 For more José Mujica, be sure to watch this VICE documentary featuring a rather red-eyed Jose Mujica discussing marijuana and politics.