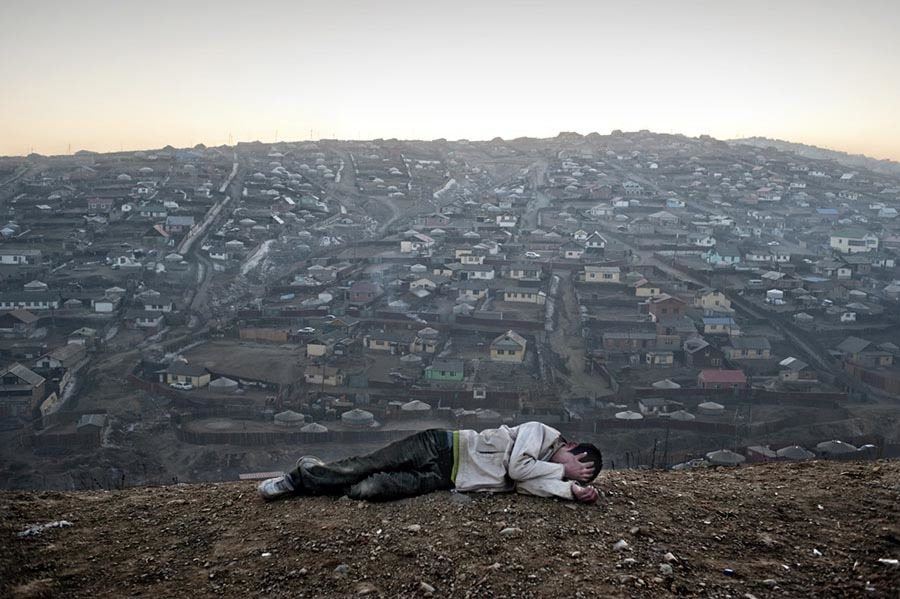 A man sleeps in the slums of Ulaan Baator, the capital of Mongolia. Source: Alessandro Grassani

For decades, human industrial activity has polluted the atmosphere with heat-trapping gases, and we are now living through the consequences as the planet warms. The repercussions include melting ice caps, rising sea levels, and an increase in the number and severity of extreme weather events such as droughts, cyclones, and wildfires. According to data from the Internal Displacement Monitoring Center, an average of 28 million people were newly displaced by natural disasters each year between 2008 and 2013.

Beyond destruction caused by particular extreme events, climate change is making some places permanently uninhabitable. In the most dramatic cases, rising sea levels threaten to inundate entire island nations, such as Tuvalu, Kiribati, and the Maldives. As their homelands sink, tens of thousands of people are likely to have to move to new countries. In a phrase that is becoming more and more common, these people may become “climate change refugees.”

Watch as the President of the Maldives speaks at the United Nations, telling delegates that increasing atmospheric carbon dioxide levels beyond 350 parts-per-million would be “suicide” for the Maldives and the 350,000 people who call it home.

While international law does not currently grant refugee status to those displaced by climate change, some people believe it should. In New Zealand, migrants from the Pacific Island nation of Tuvalu recently pleaded for refugee status by citing, in part, the effects of climate change on their home country.

The migrants won the right to stay in New Zealand, but as the Brooking Institution’s Jane McAdam explains, “The family was allowed to stay because of their strong family ties within New Zealand, not because of the impacts of climate change in Tuvalu. In fact, the Tribunal expressly held that the family in this case was not entitled to protection under refugee law or human rights law.” 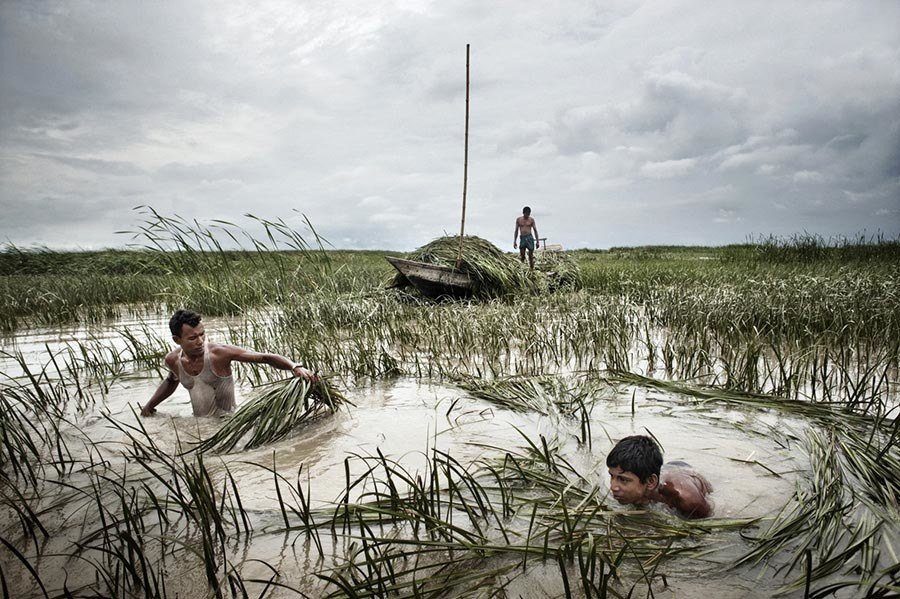 Farmers in the Ganges delta, Bangladesh. The area used to be an inhabited island and is now submerged by the River Meghna. Source: Film Independent

Still, the New Zealand case is unlikely to be the last word on the matter. In the coming decades, millions of people may have to leave their homes as a result of irreversible climate change. Estimates of the number of these potential environmental migrants range wildly, with figures between 50 million and 300 million cited in the press. In part, estimates vary because damages can scale and our ability to mitigate them remain uncertain.

In addition to islanders whose islands are sinking, those likely to be displaced by climate change include people living in low-lying coastal regions. In Bangladesh, for instance, 20 million people could need to relocate due to climate change by midcentury. The fertile agricultural regions of Vietnam’s Mekong delta could also be erased by rising waters. In the United States, the residents of nearly 200 native Alaskan communities will likely have to leave their homes as the ice melts under their feet.

The effects of climate change are likely to drive people out of inland areas as well. Deserts are growing. Each year, available farming land in Morocco shrinks by 1,000 square kilometers due to desertification. The same is happening in Libya and Tunisia, and to the south in the countries of the Sahel, including Niger and Mali, and in the Sudan, Ethiopia, and Somalia to the east. 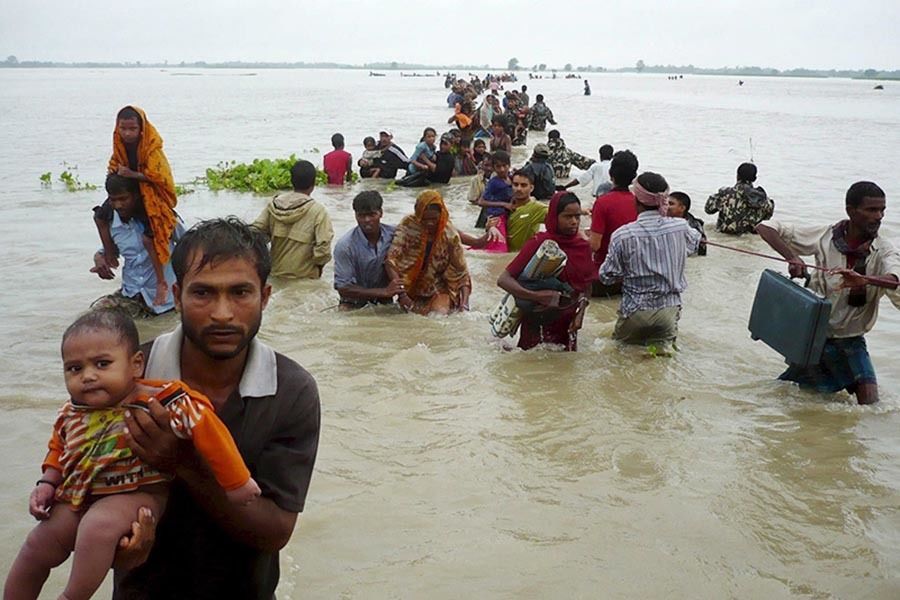 A still from the documentary, “Climate Refugees”. Source: Alessandro Grassani

As the consequences of climate change continue to unfold, millions may face painful disruptions to their way of life. From the Sahel to Mekong Delta, those most at risk are the poor and marginalized who lack the resources to migrate or to successfully adapt to major changes in their environment.

In many cases, the people most affected have done little to nothing to cause the crisis, but their countries or communities do not have the political influence needed to change global climate policy. The government of the Maldives famously held an underwater cabinet meeting in 2009 to dramatize their county’s vulnerability. While it was a vivid and urgent message, the world’s most powerful countries – and heaviest polluters – have consistently delayed serious action.

The gallery below offers a global survey of populations at risk of seeing their lives uprooted by climate change: 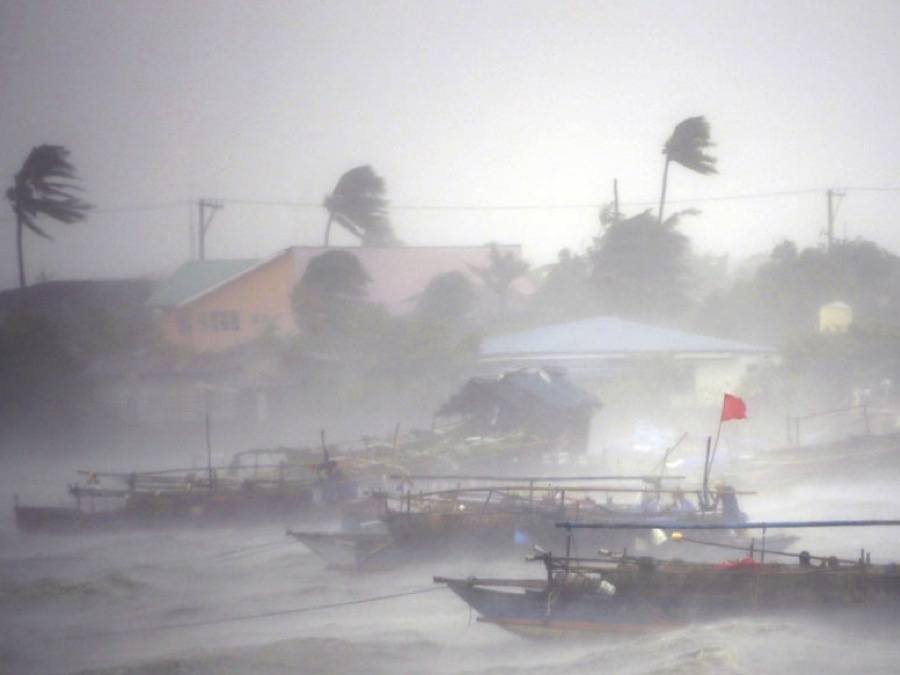 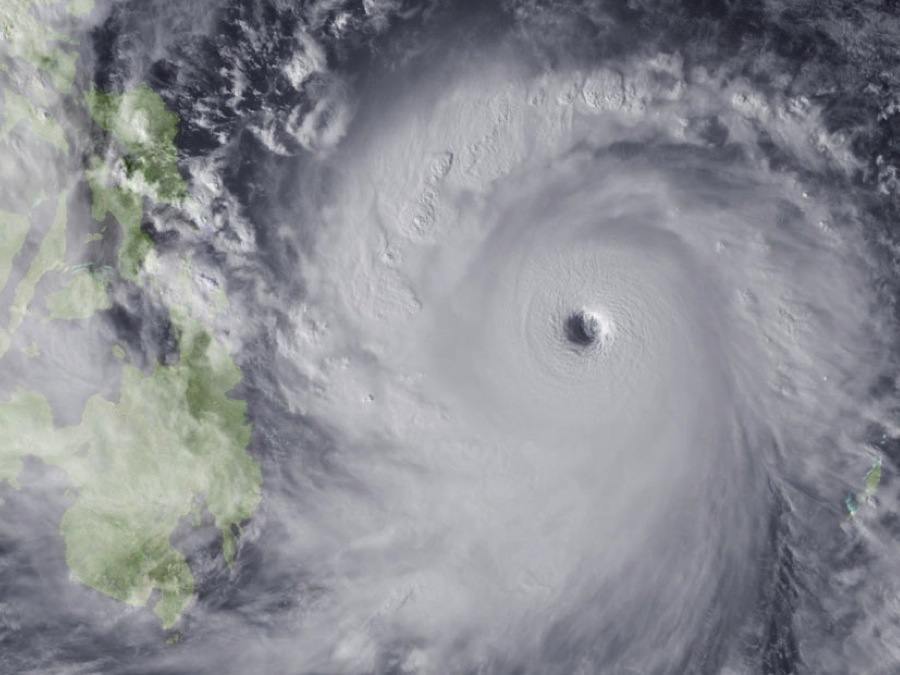 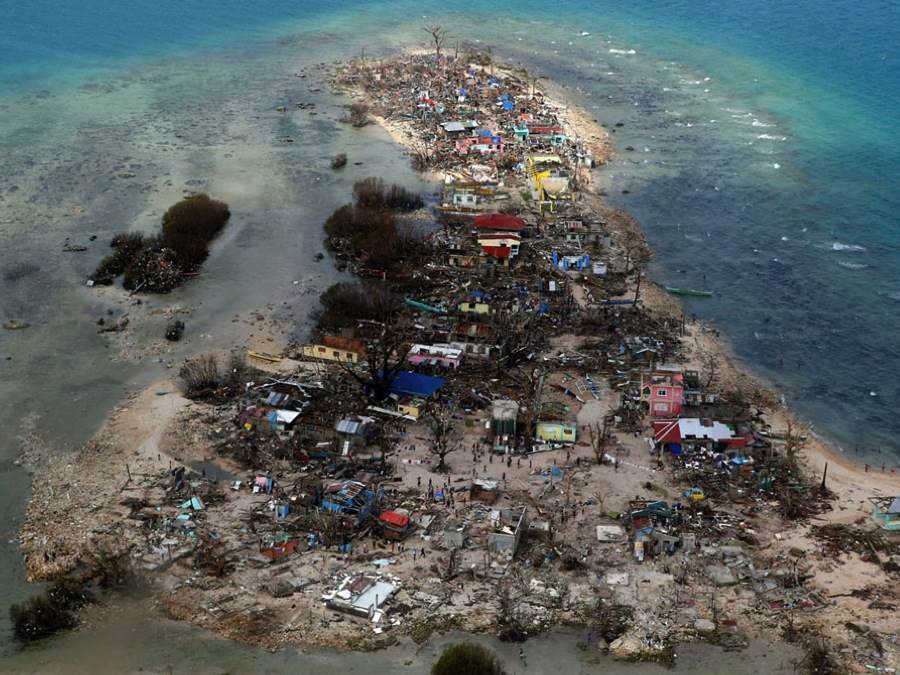 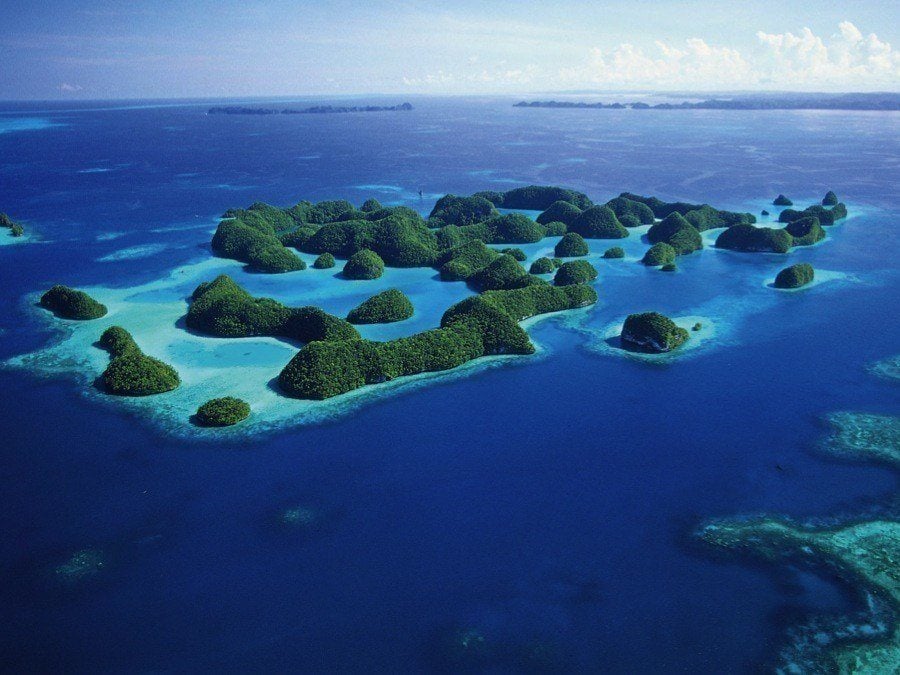 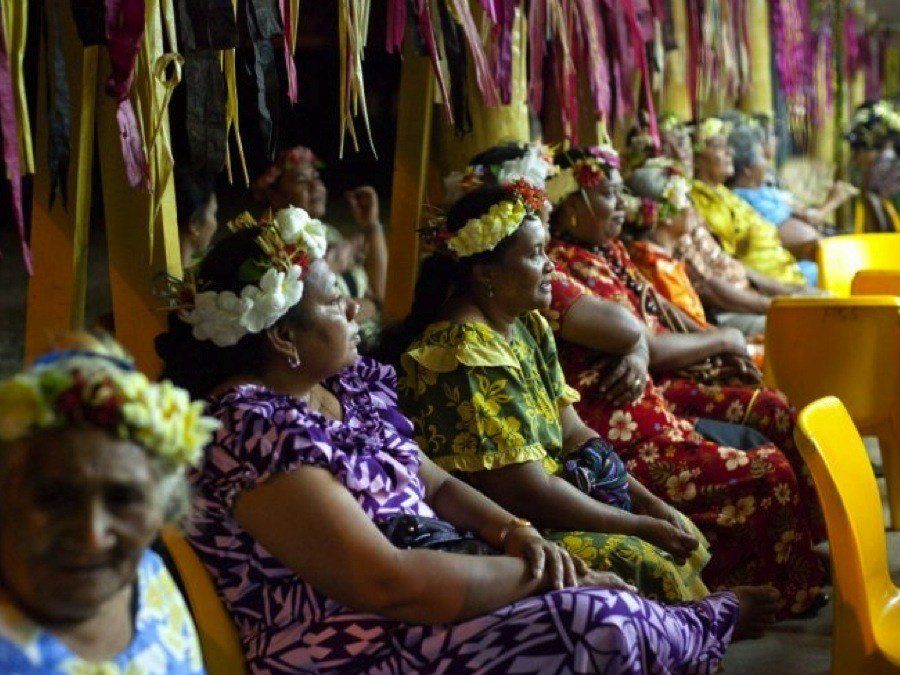 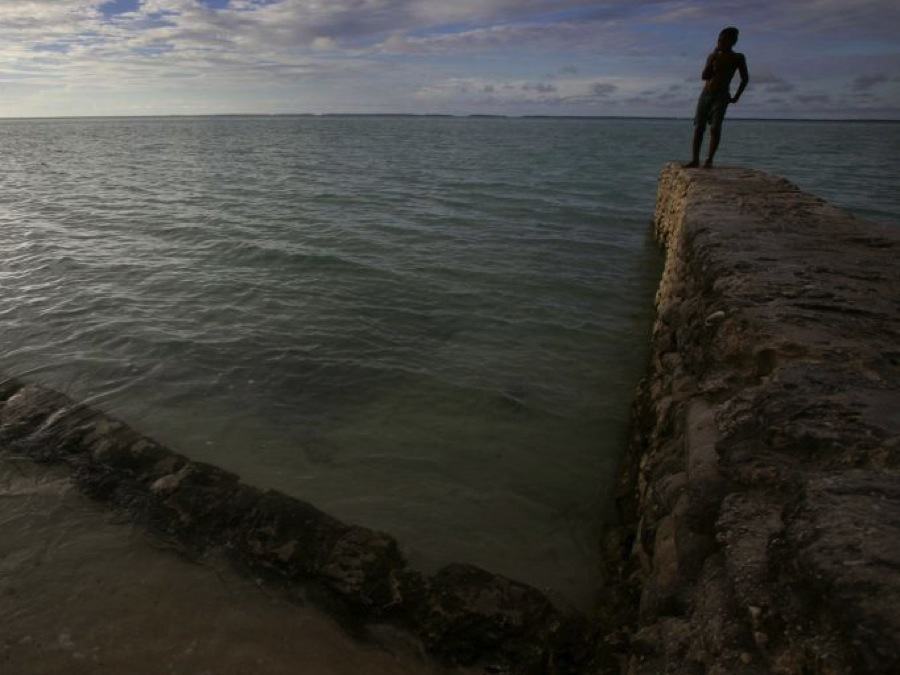 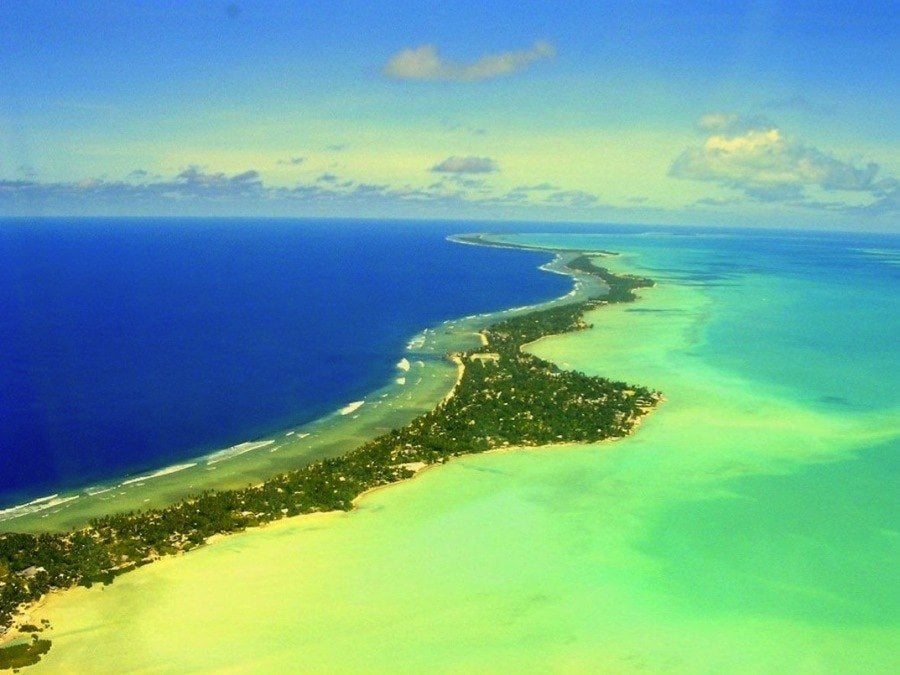 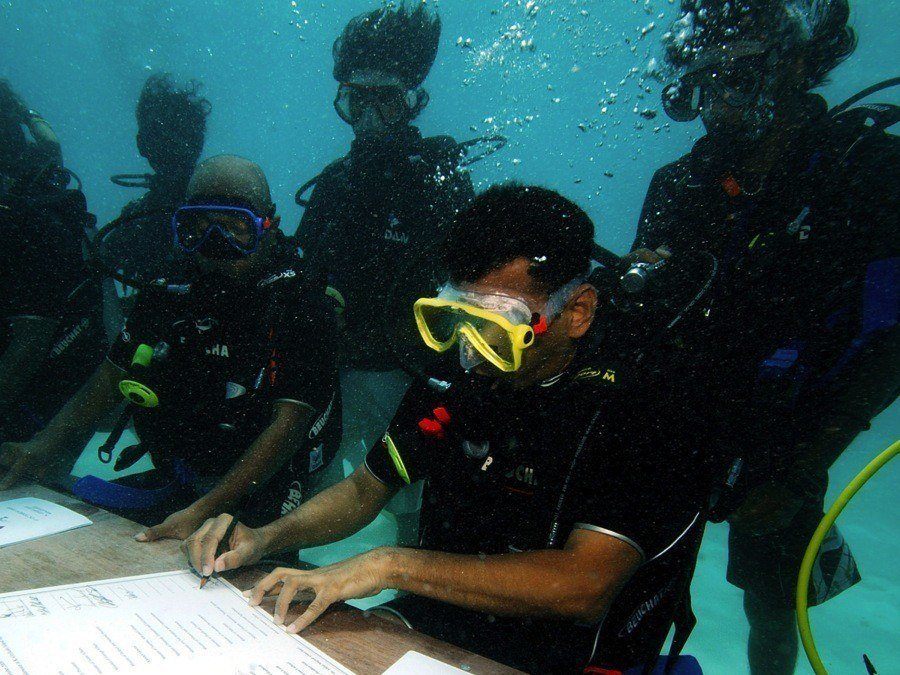 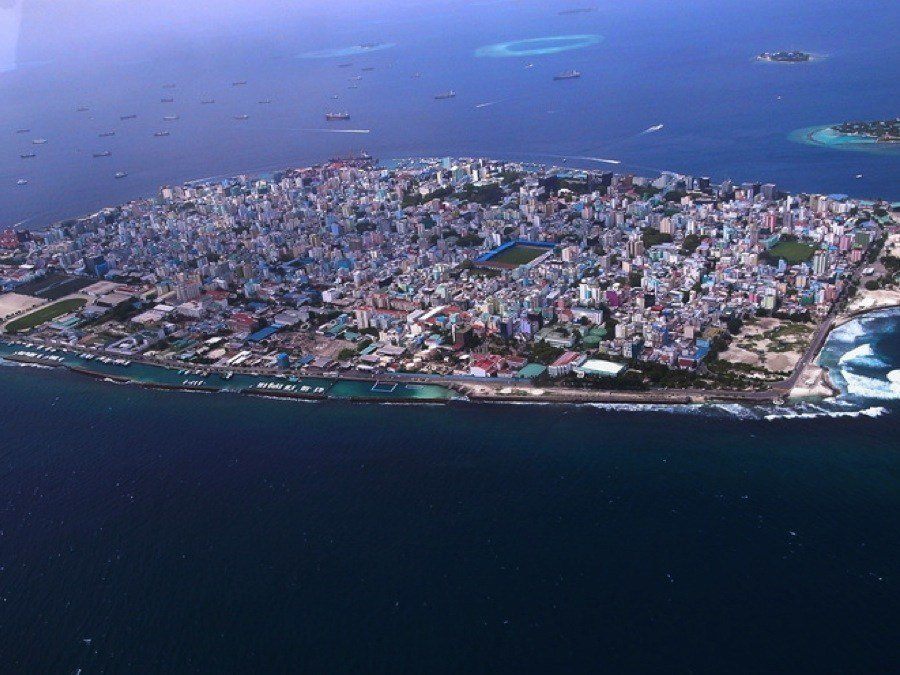 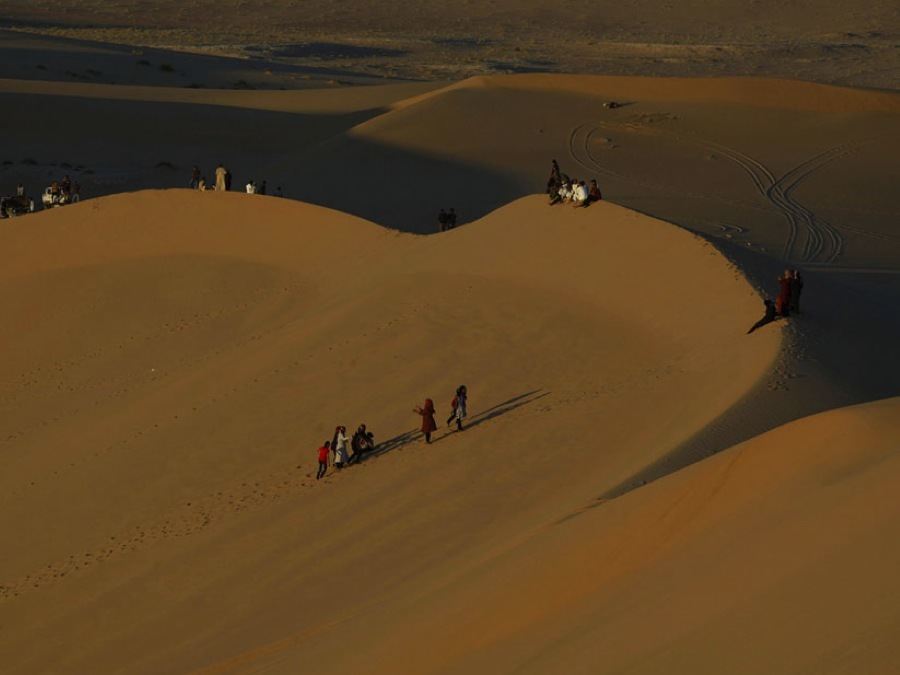 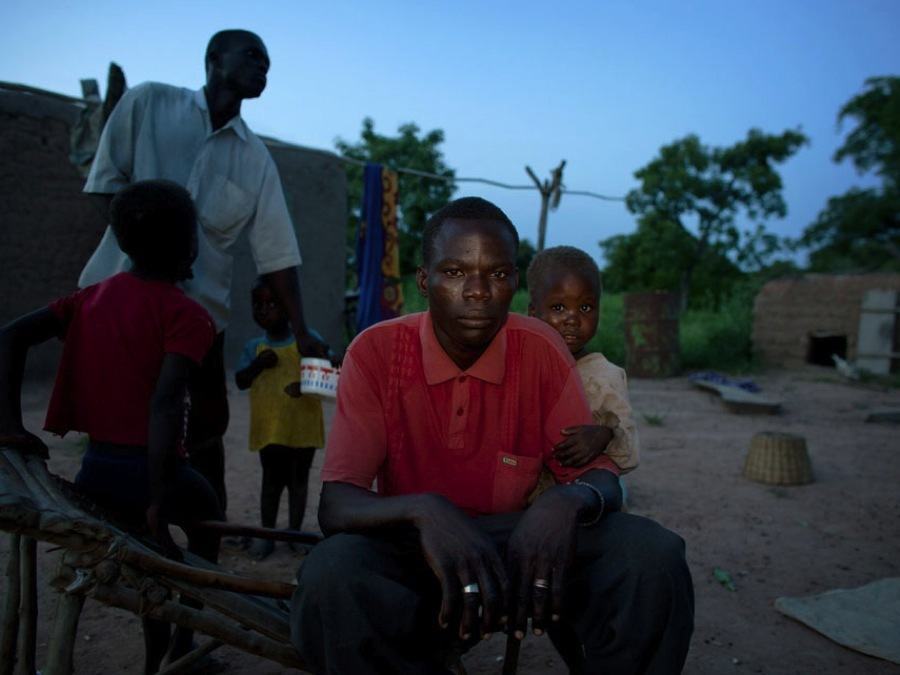 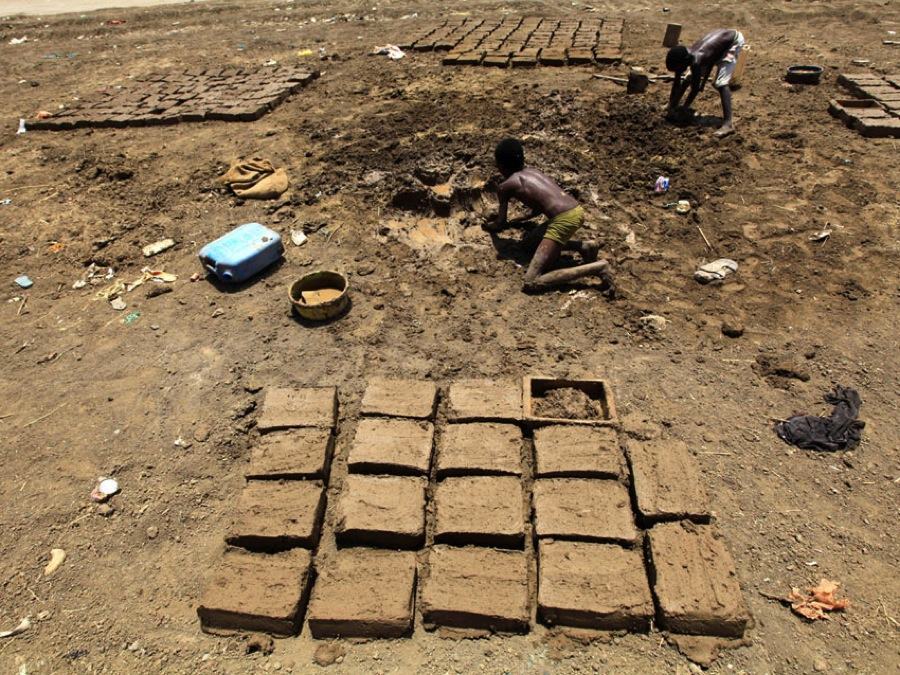 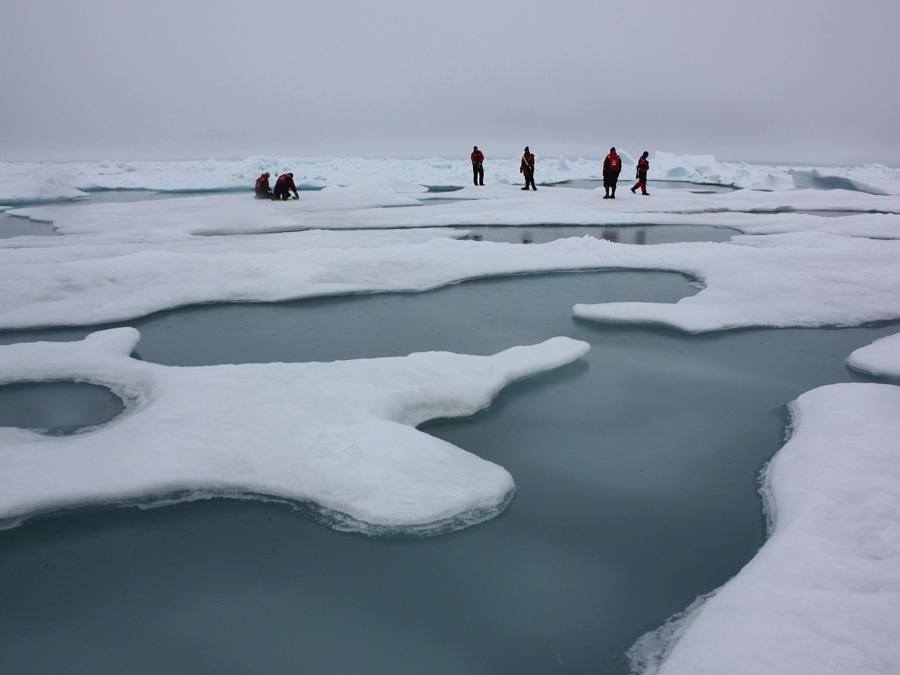 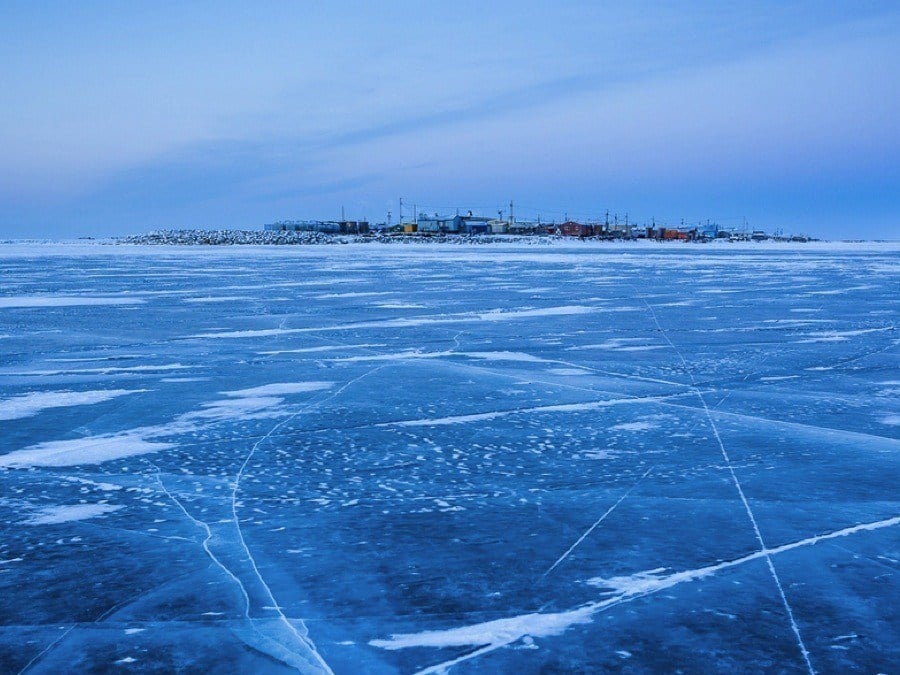 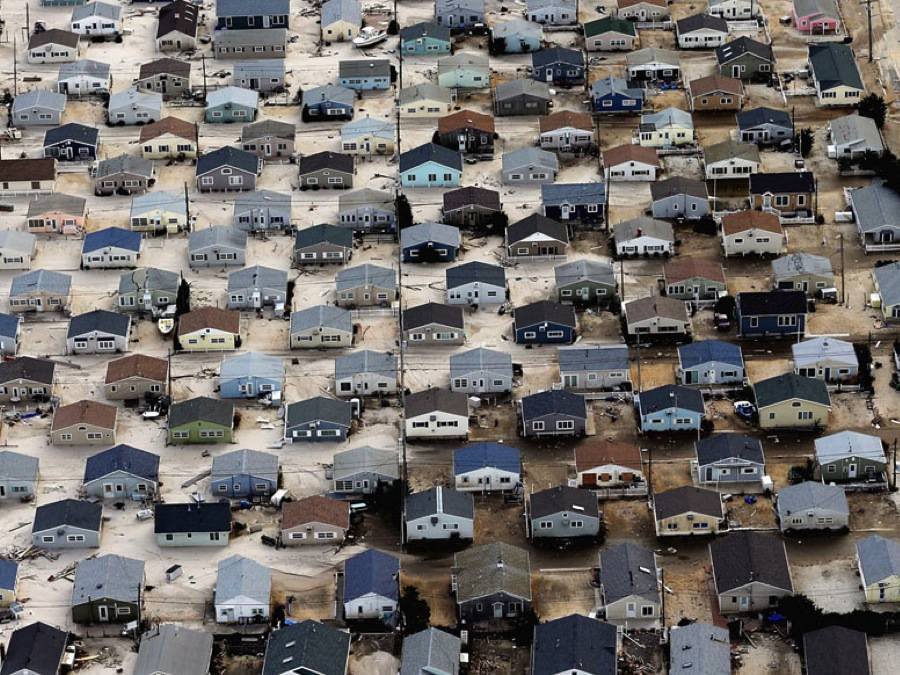 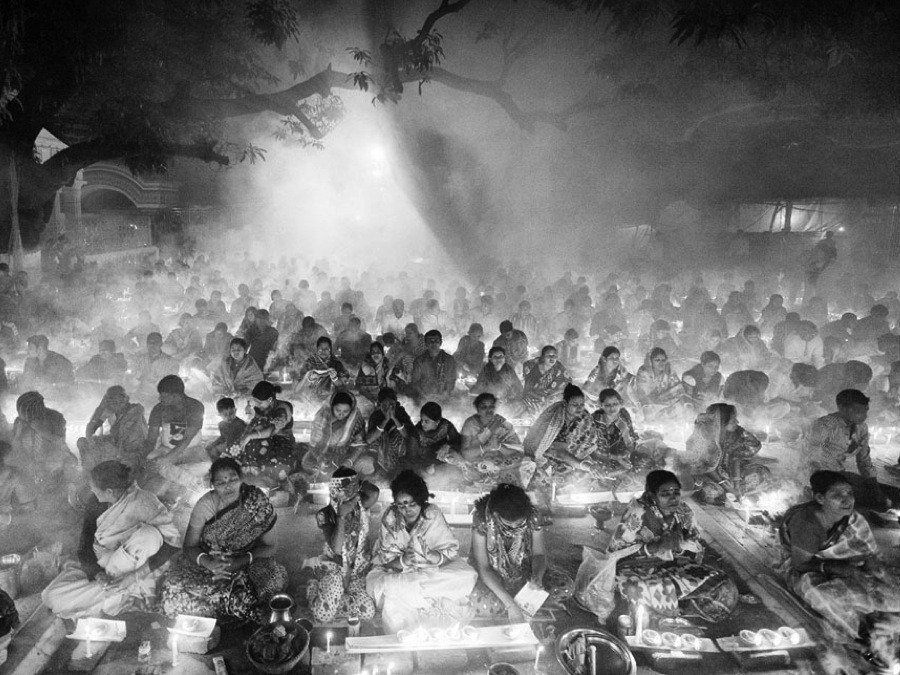 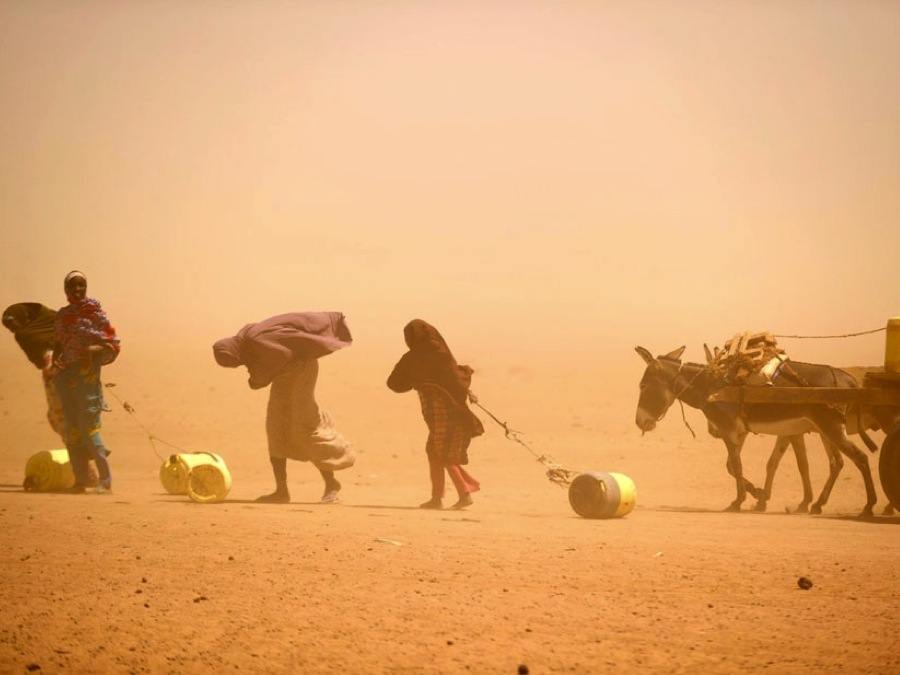