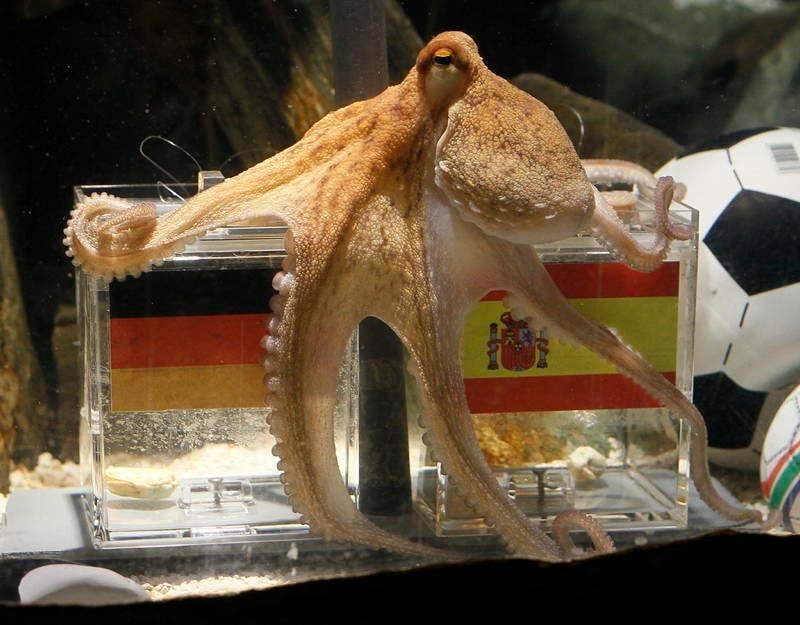 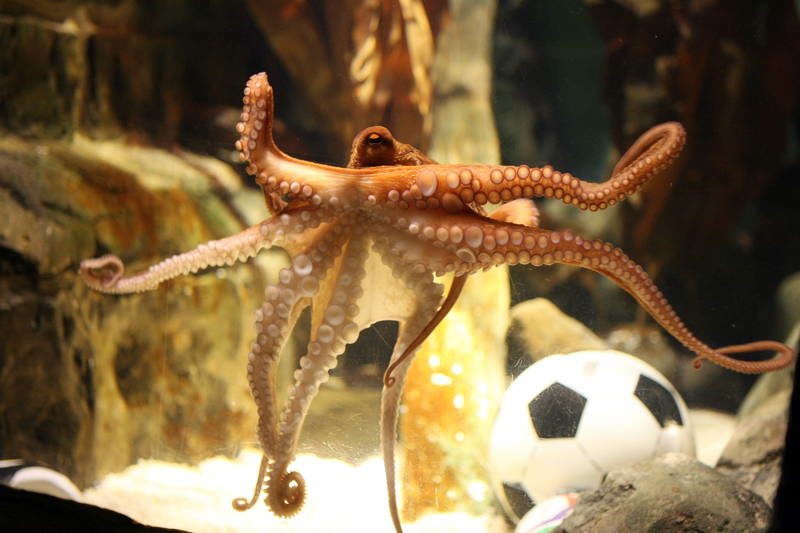 To make his predictions, Paul was presented with two boxes containing a mussel, each team represented by the country’s flag attached to the box. Paul’s choice of which mussel to eat first indicated which team would win. In the 2010 World Cup, his predictions were 100% correct, though over the course of his career (he also predicted game outcomes in 2008), he was 86% correct. 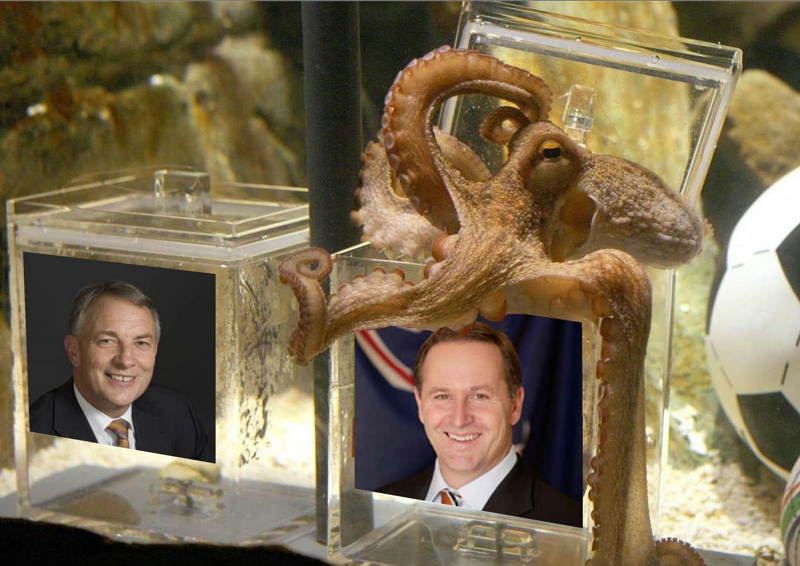 Paul died shortly after the 2010 World Cup, but his memory still lives on. Though he was cremated, fans can remember Paul by visiting the 6-foot replica of him in the Sea Life Aquarium where he lived.