Stanley Ann Dunham had a lifelong influence on her son Barack Obama. Tragically, she died long before he became the 44th President of the United States. 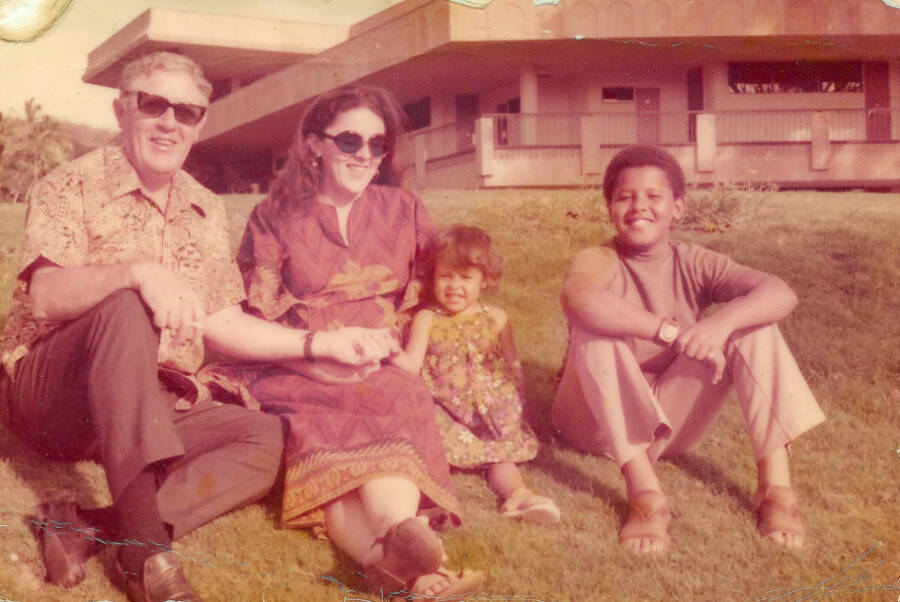 Stanley Ann Dunham, Barack Obama’s mother, wasn’t there when her son was elected 44th President of the United States. She never met his children, nor witnessed the “birtherism” conspiracy theory that her own child was a Kenyan immigrant spread like wildfire. But, although she died in 1995, she left a legacy of service and wonder behind.

Barack Obama had endearingly described her as “a white woman from Kansas” at the 2008 Democratic National Convention. But Stanley Ann Dunham hadn’t merely been Barack Obama’s mother, nor just a biracial anecdote.

She had pioneered a model of microcredit that pulled millions of people in Pakistan and Indonesia out of poverty. Funded by the U.S. Aid for International Development (USAID) and World Bank, the Indonesian government employs it to this day.

Ultimately, her legacy began as a curious 25-year-old graduate student researching Jakarta. Her dissertation argued underdeveloped nations suffered a lack of capital rather than being poor because of cultural differences with the West, which was then the prevailing theory. And she fought to make that understood until her death on Nov. 7, 1995.

Born on Nov. 29, 1942, in Wichita, Kansas, Stanley Ann Dunham was an only child. Her father, Stanley Armour Dunham, named her after himself because he wanted a boy. Her family moved frequently due to her father’s work for the United States Army before settling on Mercer Island in Washington State in 1956, where Dunham academically excelled in high school. 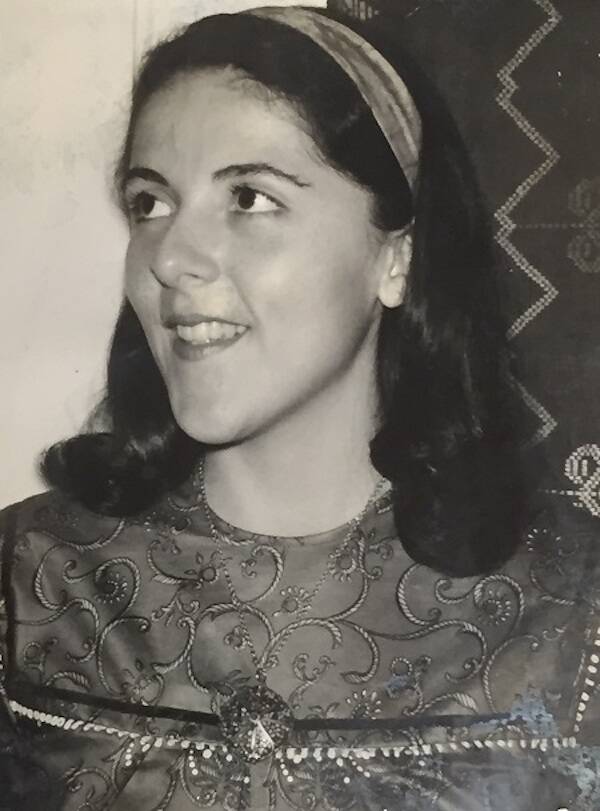 The Stanley Ann Dunham FundAnn Dunham in the University of Hawaii at Manoa.

“If you were concerned about something going wrong in the world, Stanley would know about it first,” a high school friend recalled. “We were liberals before we knew what liberals were.”

The family relocated yet again upon Dunham’s graduation in 1960 with a move to Honolulu. It was a move that would shape the rest of Ann Dunham’s life. She enrolled in the University of Hawaii at Manoa and met a man named Barack Obama Sr. while attending a Russian language course. Within a year, the two were married.

Dunham was three months pregnant when they married on Feb. 2, 1961. While both families were opposed to the union, Dunham was adamant and enamored. She gave birth to Barack Hussein Obama on Aug. 4. It was something of a radical move at a time when nearly two dozen states still prohibited interracial marriage.

Ultimately, the couple separated. Dunham studied at the University of Washington for a year before returning to Hawaii, and Obama Sr. enrolled at Harvard. They divorced in 1964. 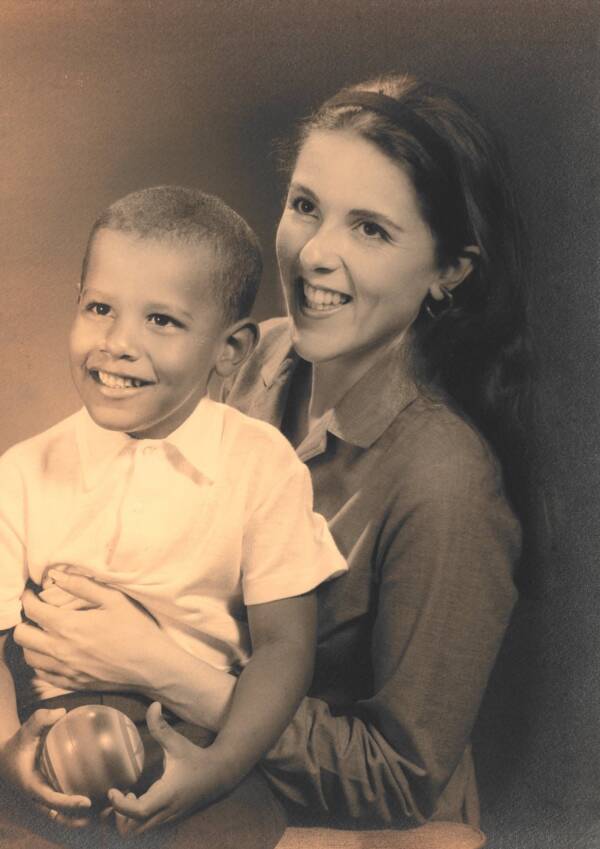 Instagram/BarackObamaDunham was 18 when she gave birth to Barack Obama.

When she returned to Hawaii to finish her bachelor’s degree in anthropology, she enlisted the help of her parents to raise the young Barack. Paralleling her past, she fell in love with a fellow student yet again. Lolo Soetoro had enrolled on a student visa from Indonesia, and he and Dunham were married by the end of 1965.

Barack Obama was six years old when his mother moved them to Jakarta in 1967. It was work that took her newlywed husband back home, with the move suiting Dunham’s own endeavor toward a master’s degree. It had only been a year since the country’s anti-communist bloodshed ceased and left half a million dead.

Dunham enrolled her son in the best schools she could find, forcing him to take English correspondence classes and waking him to study before dawn. Soetoro was in the military, meanwhile, and then transitioned to government consulting. 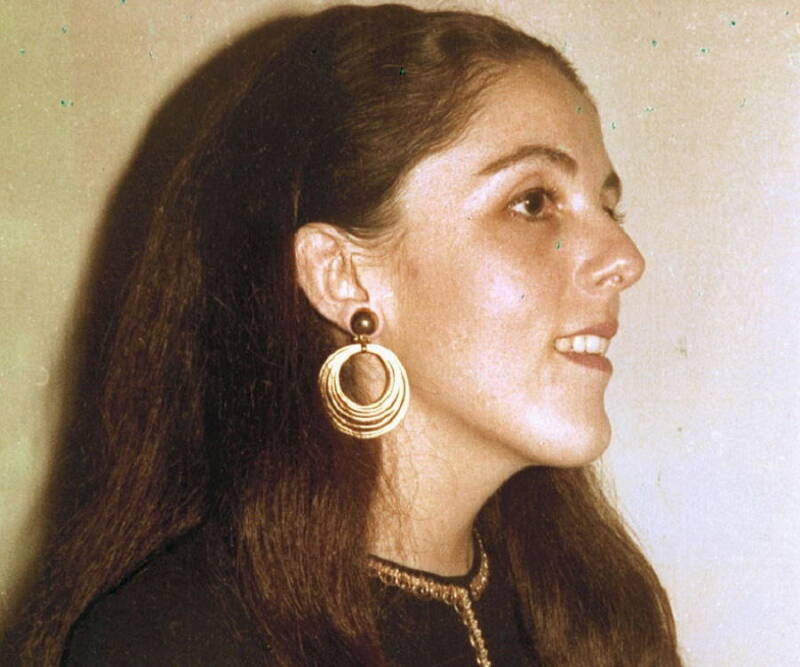 The Stanley Ann Dunham FundDunham’s passions took her to Indonesia while her son was raised by his grandparents.

Dunham began working for a binational organization financed by USAID called Lembaga Indonesia-Amerika in January 1968. She taught government employees English for two years before pivoting to train teachers at the Institute for Management Education and Development.

Soon, too, she was pregnant, and gave birth to Barack Obama’s sister, Maya Soetoro-Ng, on Aug. 15, 1970. But after four years in Jakarta, Dunham realized her son’s education would best be served in Hawaii.

Juggling both work and a graduate thesis focused on blacksmithing and rural poverty, she decided to send 10-year-old Obama back to Honolulu to live with his grandparents in 1971. 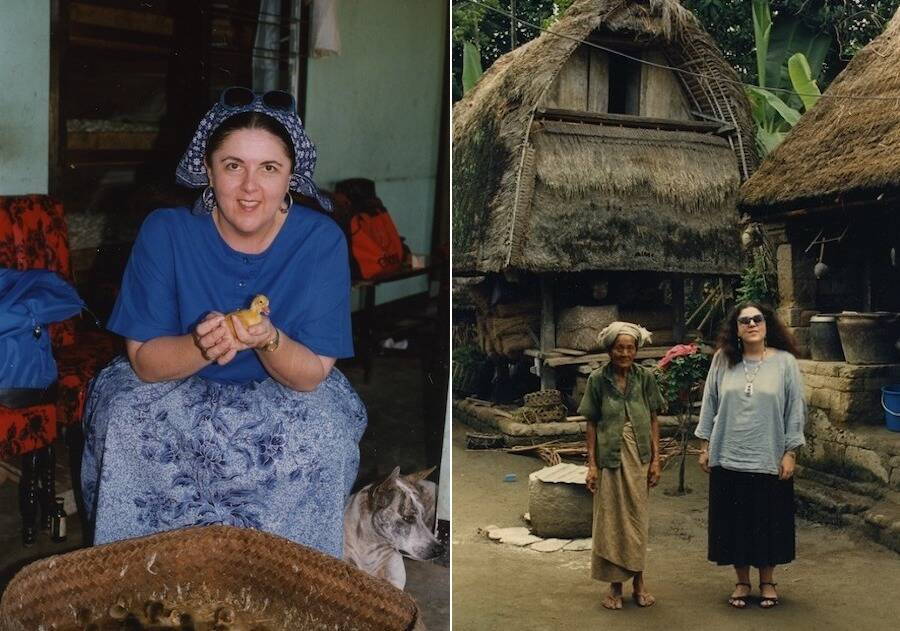 “She had always encouraged my rapid acculturation in Indonesia,” Obama later recalled. “But she now had learned… the chasm that separated the life chances of an American from those of an Indonesian. She knew which side of the divide she wanted her child to be on. I was an American, and my true life lay elsewhere.”

With her son attending Punahou School in Hawaii and her daughter staying with Indonesian relatives, Ann Dunham concentrated on her her work.

She learned fluent Javanese and rooted her fieldwork in the village of Kajar, earning her master’s from the University of Hawaii in 1975. 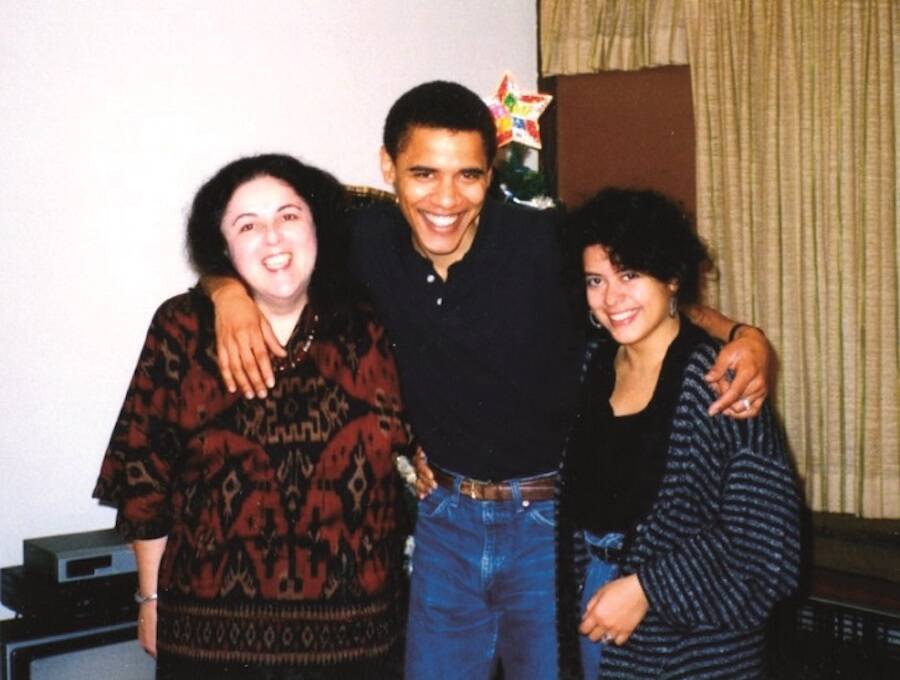 The Stanley Ann Dunham FundDunham with Barack Obama, who was then working as a community organizer in Chicago.

Dunham continued her anthropological and activist work for years. She taught locals how to weave and began working for the Ford Foundation in 1976, which saw her develop a microcredit model that helped impoverished village artisans like blacksmiths to get loans to launch their businesses.

From 1986 to 1988, this took her to Pakistan, where she worked on some of the first microcredit projects for poor women and artisans. And when she returned to Indonesia, she established similar programs that are still in use the Indonesian government today.

“My mother championed the cause of women’s welfare and helped pioneer the microloans that have helped lift millions out of poverty,” said Obama in 2009.

Dunham earned her Ph.D. in 1992, and wrote a dissertation that used all of her research from two decades studying rural poverty, local trades, and finance systems that could be applied to the rural poor. It would total 1,403 pages and center on gender-based labor inequality and ancient trade of blacksmithing.

Ultimately, she was one of the few anthropologists at the time who recognized that poverty in the developing world was related to a lack of resources rather than cultural differences with rich countries. Although today this is the widely-accepted root of global poverty, it took years for it to become common understanding. 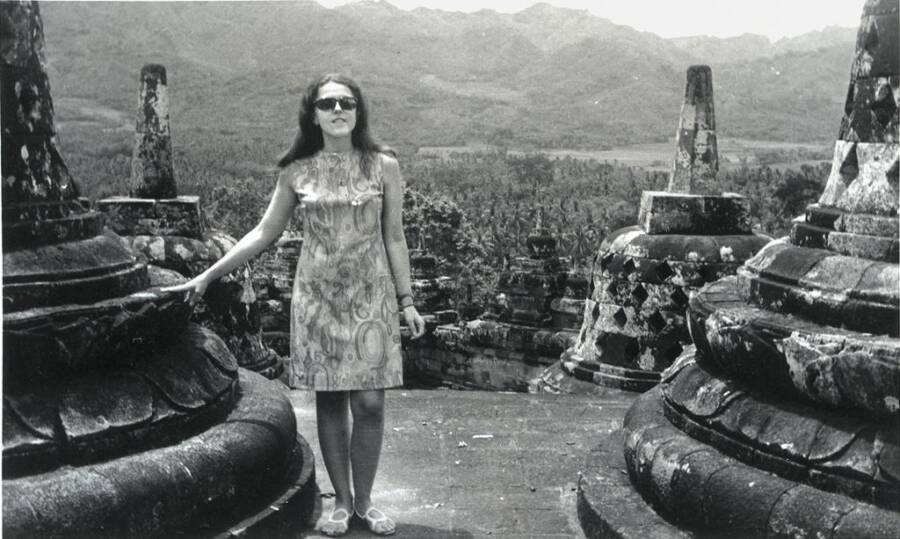 Friends and Family of Ann DunhamAnn Dunham at Borobudur in Indonesia.

But despite her pioneering work in economic anthropology, the former president would also admit that his mother’s lifestyle wasn’t easy for a young boy. Still, it was Ann Dunham who inspired him into community organizing.

Ultimately however, there was little time to reconnect. Dunham moved to New York in 1992 to work as the policy coordinator for Women’s World Banking, which is today the largest network of banks and microfinance institutions in the world. In 1995, she was diagnosed with uterine cancer that had spread to her ovaries.

She died in Manoa, Hawaii on Nov. 7, 1995, just shy of her 53rd birthday. Her last year was spent fighting insurance company claims that her cancer was a “pre-existing condition,” and trying to get reimbursements for treatment. Barack Obama would later cite that experience as laying the groundwork for his push for healthcare reform.

Then, more than a decade after scattering his mother’s ashes into the pacific waters of Hawaii, Barack Obama was elected president — inspired by “a white woman from Kansas” to change the world.