The Immigrant Story Of Mary Anne MacLeod Trump, The Mother Of Donald Trump

Mary Anne MacLeod Trump went from being a working-class Scottish immigrant to a New York City socialite who gave birth to the 45th President of the United States. 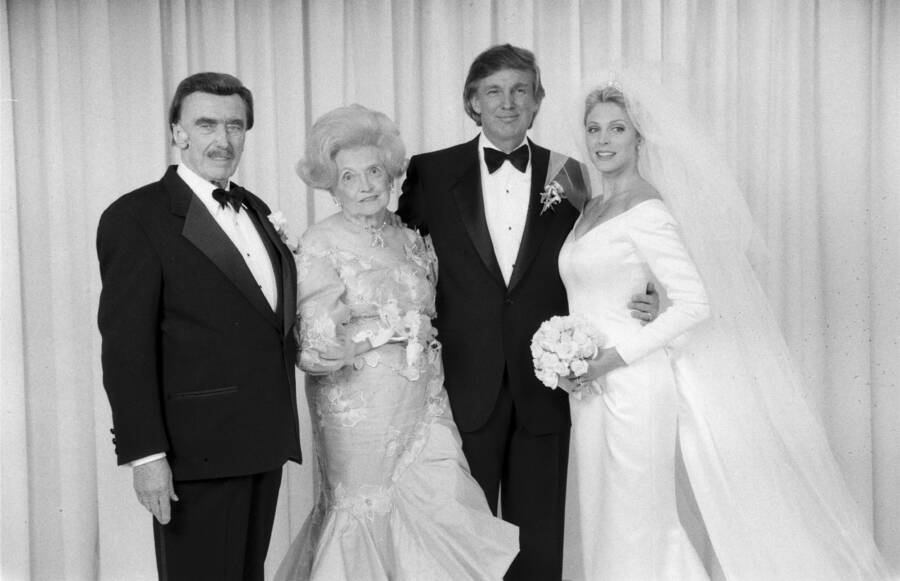 As a poor immigrant from Scotland, Mary Anne MacLeod Trump probably never could’ve imagined that her son would one day become the President of the United States. But Donald Trump’s mother was lucky enough to achieve the American dream — and help give her son many opportunities that she never had growing up.

Raised in an environment of enormous financial hardship on a remote Scottish island, Mary Anne MacLeod Trump lived a life that her son would never relate to. Arriving in America at age 18 in 1930, she had few skills and little money. But she was able to start a new chapter thanks to help from her sister who was already living in the country.

Though Mary Anne MacLeod Trump would eventually become a New York City socialite, she wasn’t that obsessed with fame. Instead, she was a bonafide philanthropist who loved to volunteer at hospitals — even when she no longer needed to. 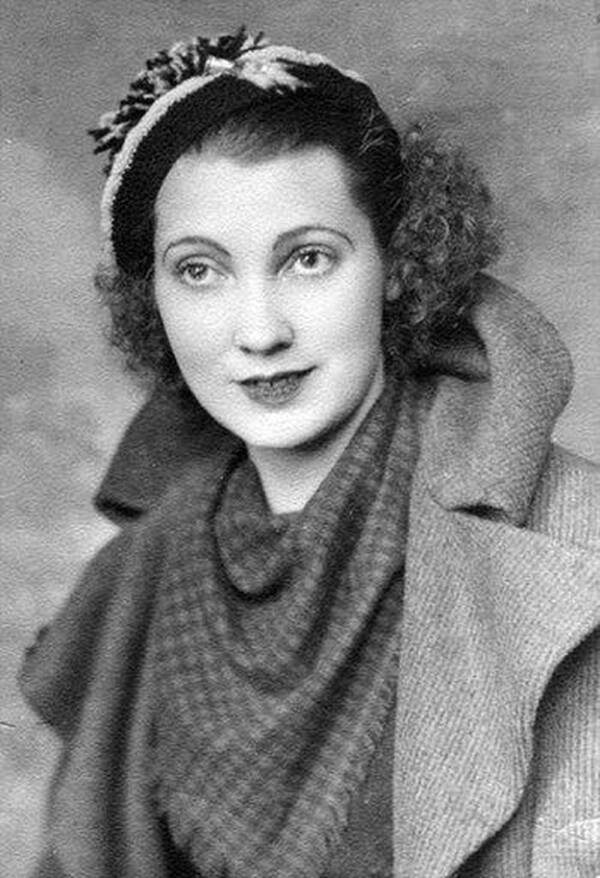 Mary Anne MacLeod was born on May 10, 1912, just a few weeks after the disastrous sinking of the Titanic ship that was bound for New York City. Far removed from the steel skyscrapers of the New World’s skylines, MacLeod was raised by a fisherman and a housewife on Scotland’s Isle of Lewis.

MacLeod was the youngest of 10, and grew up in a fishing community named Tong in the parish of Stornoway, in Scotland’s Outer Hebrides. Genealogists and local historians would later describe the conditions there as “indescribably filthy,” and characterized by “human wretchedness.”

MacLeod’s mother tongue was Gaelic, but she learned English as a second language in school. Raised in a modest gray house as World War I wreaked havoc on the local economy, MacLeod began to dream of a better life.

It was 1930 when those visions grew less obscure — and the 18-year-old boarded a ship headed for New York City. On the ship manifests, her occupation was listed as “maid” or “domestic.” 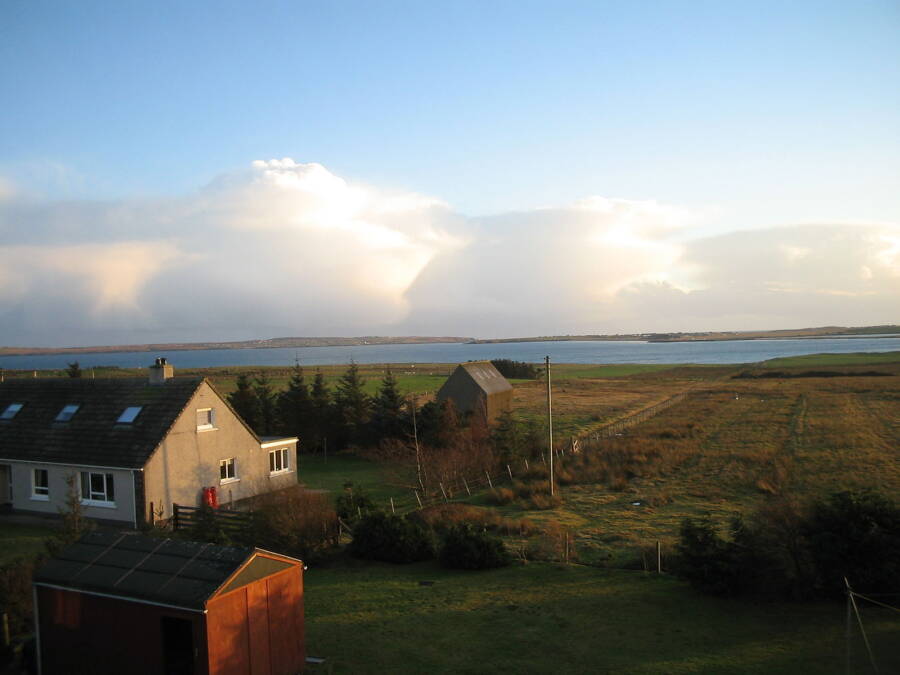 Wikimedia CommonsThe remote fishing community of Tong on the Isle of Lewis, where Donald Trump’s mom grew up.

Though the American stock market was in terrible shape, MacLeod was still determined to emigrate from Scotland to seek opportunity in the U.S. Upon her arrival, she told authorities that she would live with one of her sisters in Astoria, Queens, and that she would work as a “domestic.”

Arriving with just $50 to her name, MacLeod was embraced by her sister who’d come before her — and started an honest career.

Long before she was Donald Trump’s mother, MacLeod apparently found work as a nanny for a wealthy family in New York. But she lost her job in the midst of the Great Depression. Though MacLeod briefly returned to Scotland in 1934, she didn’t stick around for long.

At some point in the early 1930s, she met Frederick “Fred” Trump — then an up-and-coming businessman — and everything changed.

An entrepreneur who’d started his own construction business in high school, Trump had already been selling single-family homes in Queens for $3,990 per property — a sum that would soon seem paltry. Trump reportedly charmed MacLeod at a dance, and the pair quickly fell in love.

Trump and MacLeod got married in January 1936 at the Madison Avenue Presbyterian Church in Manhattan. The 25-guest wedding reception was held at the Carlyle Hotel nearby. Soon after, the newlyweds honeymooned in Atlantic City, New Jersey. And once they settled in the Jamaica Estates in Queens, they began to start their family. 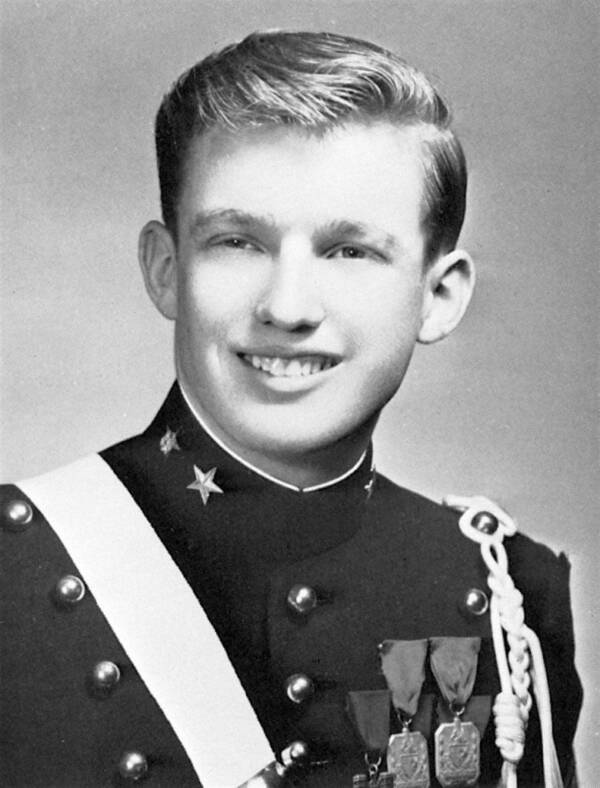 It was March 10, 1942 — the same year that her third child Elizabeth was born — that MacLeod Trump became a naturalized American citizen. Donald was born four years later, with the birth of her final child Robert in 1948 nearly taking MacLeod Trump’s life.

MacLeod Trump suffered such severe complications during Robert’s birth that she required an emergency hysterectomy, as well as a slew of additional surgeries.

Though Donald Trump was merely a toddler at this point, former American Psychoanalytic Association president Mark Smaller believes his mother’s near-death experience likely had an effect on him. 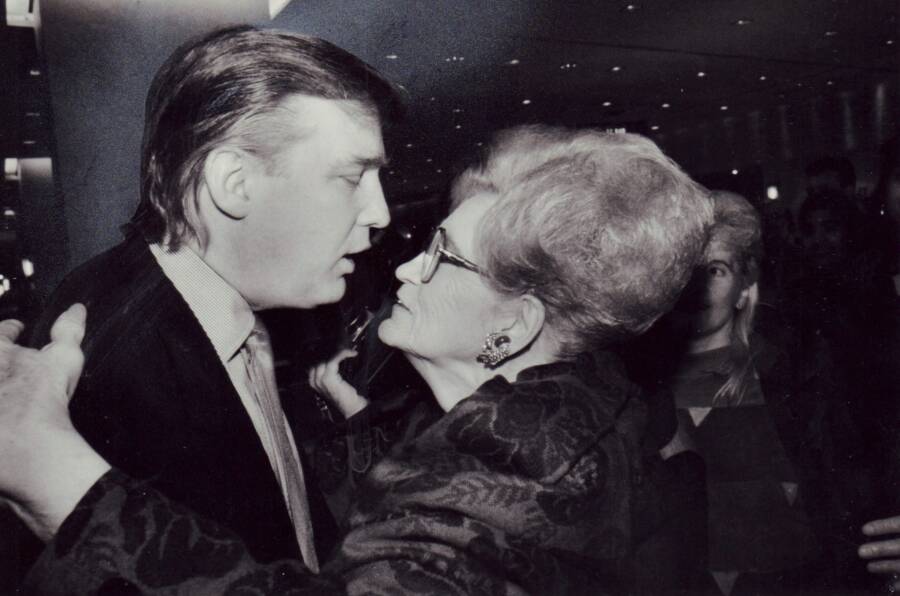 “A two-and-a-half-year-old is going through a process of becoming more autonomous, a little bit more independent from the mother,” he said. “If there is a disruption or a rupture in the connection, it would have had an impact on the sense of self, the sense of security, the sense of confidence.”

Nonetheless, MacLeod Trump survived — and her family began to flourish like never before. Her husband made a fortune with the postwar real estate boom. And the family matriarch’s newfound wealth was instantly clear thanks to the changing nature of her travels.

The Scottish immigrant who once boarded steamships with nothing but dreams was now taking cruise ships and flights to places like the Bahamas, Puerto Rico, and Cuba. As the wife of an increasingly wealthy developer, she became the talk of the town as a New York City socialite. 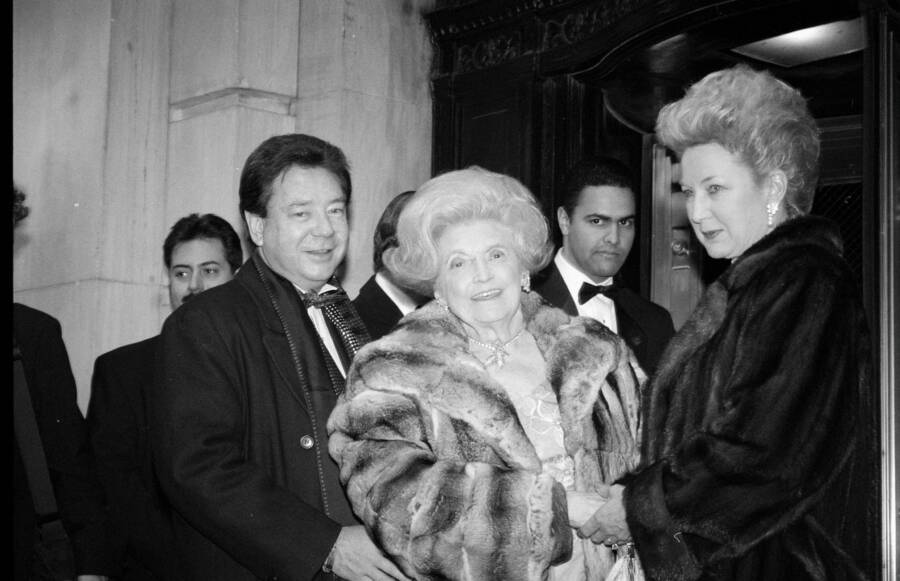 Donald Trump’s mother proved the American dream was real — at least for a lucky few. Determined to spread her fortune, she devoted much of her time to philanthropic causes like cerebral palsy and aiding intellectually disabled adults. Her son, however, would have other goals in mind.

Donald Trump’s Relationship With His Mother

Donald Trump’s mother arguably invented the dramatically sculpted hairdo, at least when it came to her family. She was the first to whip her hair into a swirl, with her Celebrity Apprentice host son later following suit.

“Looking back, I realize now that I got some sense of my showmanship from my mother,” Donald Trump revealed in his 1987 book The Art of the Deal. “She always had a flair for the dramatic and grand. She was a very traditional housewife, but she also had a sense of the world beyond her.” 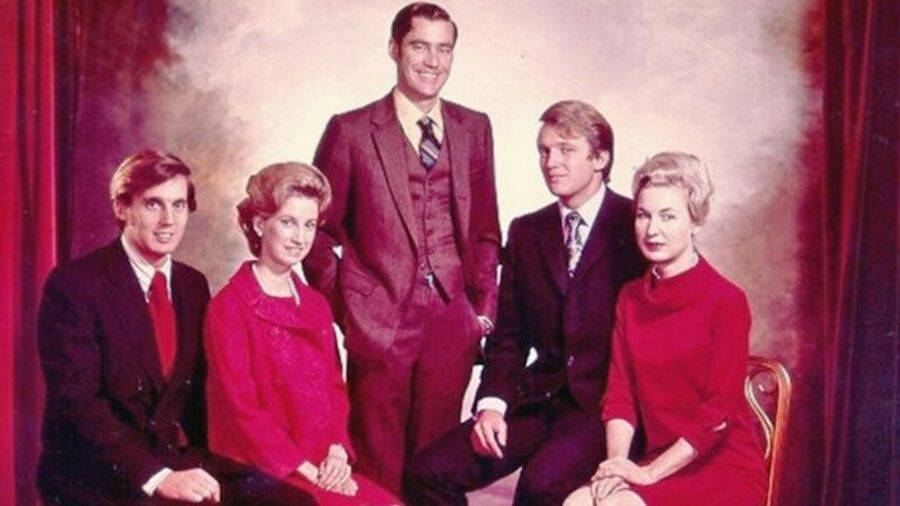 Sandy McIntosh, who attended the New York Military Academy with Trump, recalled one particularly revealing conversation with the young man.

“He did talk about his father,” said McIntosh, “how he told him to be a ‘king,’ to be a ‘killer.’ He didn’t tell me what his mother’s advice was. He didn’t say anything about her. Not a word.”

Though Donald Trump rarely talks about his mother, he always speaks highly of her whenever he does. He even named a room at his Mar-a-Lago resort after her. And according to the president, his issues with women mostly stem from “having to compare them” to his mom.

“Part of the problem I’ve had with women has been in having to compare them to my incredible mother, Mary Trump,” he wrote in his 1997 book The Art of the Comeback. “My mother is smart as hell.” 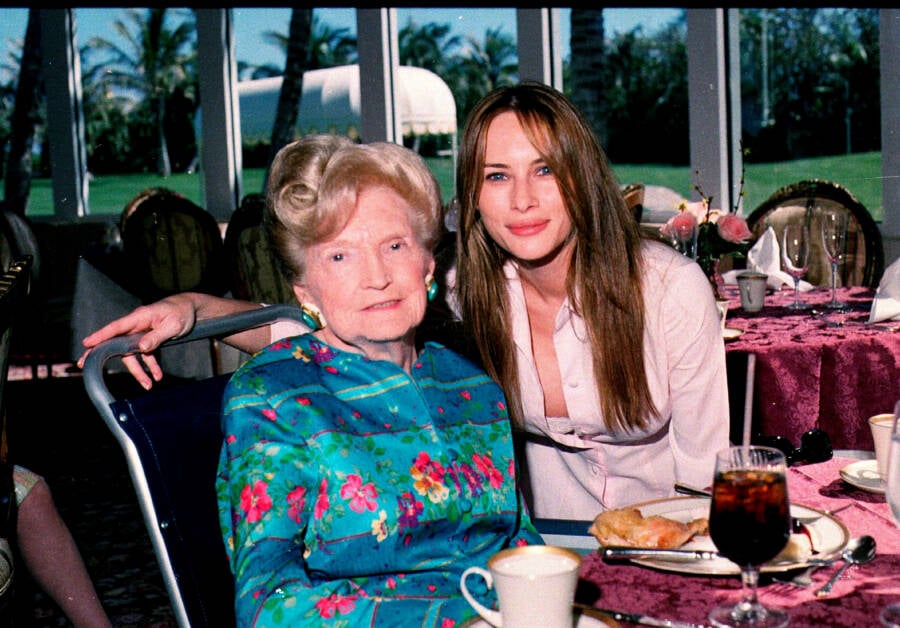 While Donald Trump’s mother was a rich woman adorned by jewelry and warmed by fur coats, she never stopped her humanitarian work. She was the mainstay of the Women’s Auxiliary of Jamaica Hospital and the Jamaica Day Nursery and supported countless charities.

Though she died before she could see her son elected president, she was able to witness his rise as a celebrity in the 1990s.

At the start of that decade, Trump was divorcing his first wife Ivana after his very public association with model Marla Maples — who would go on to be his second wife. Donald Trump’s mother allegedly asked her soon-to-be ex-daughter-in-law this question: “What kind of son have I created?”

Ultimately, MacLeod Trump’s last years were plagued by severe osteoporosis. She died in New York in 2000 at the age of 88, one year after her husband. 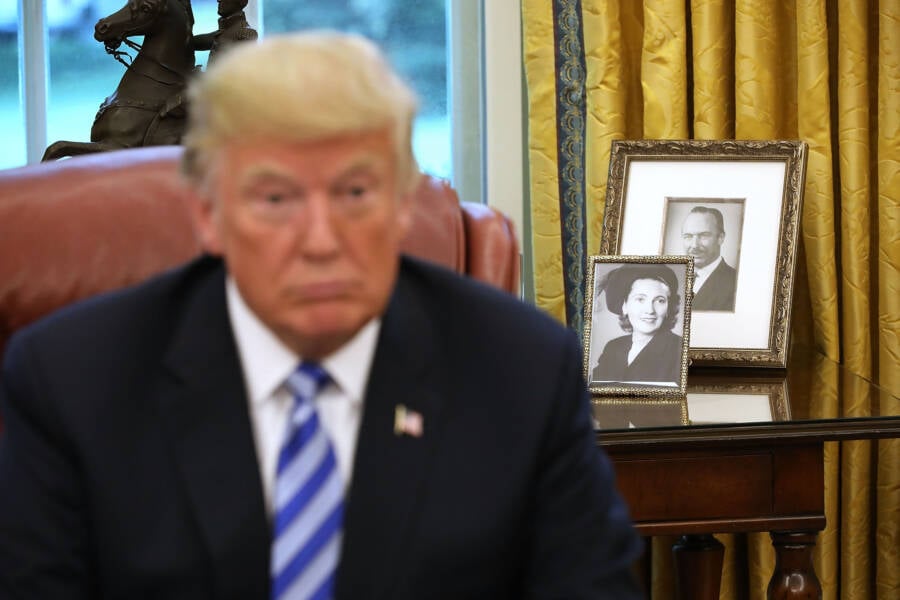 She was buried in New Hyde Park in New York next to her husband, mother- and father-in-law, and son Fred Jr., who had died due to complications from alcoholism in 1981. More than a third of the people who currently live in the surrounding neighborhood are foreign born.

Even after she became famous, Donald Trump’s mother never forgot where she came from. Not only did she visit her home country frequently, she also spoke her native Gaelic whenever she went there. But as for Donald Trump, his relationship with Scotland has soured in recent years.

While building a golf course there in the late 2000s and early 2010s, he clashed with politicians and locals who objected to his vision. As a 2016 presidential candidate, his racist and anti-immigrant rhetoric made things even worse. When he suggested banning citizens from majority Muslim countries from entering America, Scottish government leaders were aghast.

In response, first minister Nicola Sturgeon removed Trump’s status as a “Global Scot” – a business ambassador who acts for Scotland on the global stage. An honorary degree from the Robert Gordon University of Aberdeen was also stripped from him, as his statements were “wholly incompatible” with the ethos and values of the university. 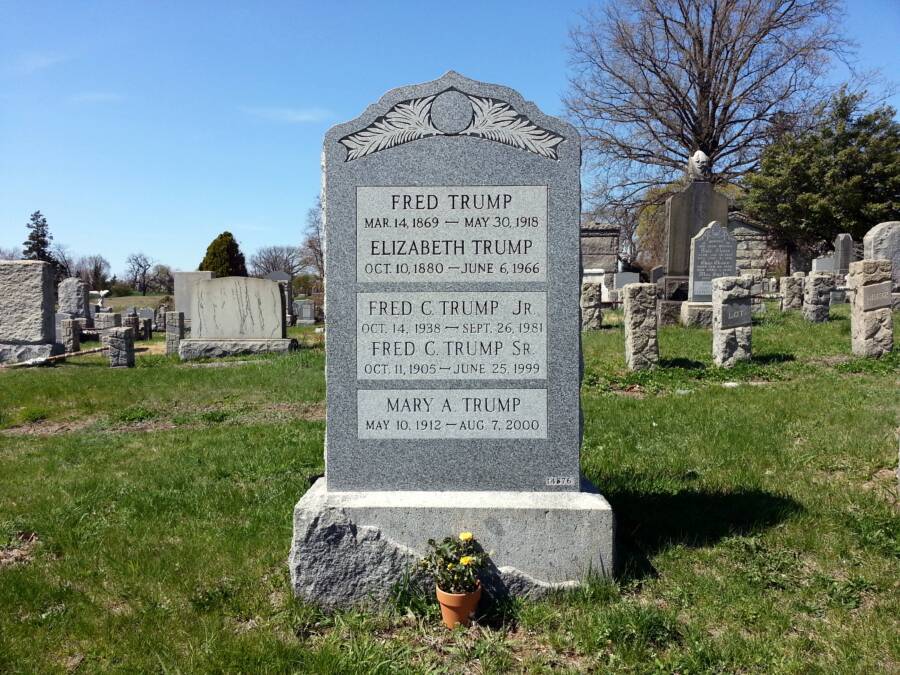 But despite Donald Trump’s stormy relationship with his mother’s homeland, his mom clearly meant a lot to him. He used a Bible that she had gifted him during his 2017 inauguration, and her photo adorns the Oval Office.

However, his mother also had an impact on many other people beyond her family — especially through her humanitarian work. For this reason, the life of Mary Anne MacLeod Trump can be remembered as an inspiring immigrant story about a woman who used her wealth for good.

After learning about the life of Mary Anne MacLeod Trump, read the true story of Roy Cohn, the man who taught Donald Trump everything he knows. Then, learn the hidden history of Donald Trump’s grandfather.