Meet Anna Ivanovna, The Cruel Empress Who Plunged Russia Into A Dark Age

Nicknamed "Ivanna the Terrible" for her bad manners and crude sense of humor, Anna Ivanovna tortured and imprisoned anyone who opposed her for 10 grueling years. 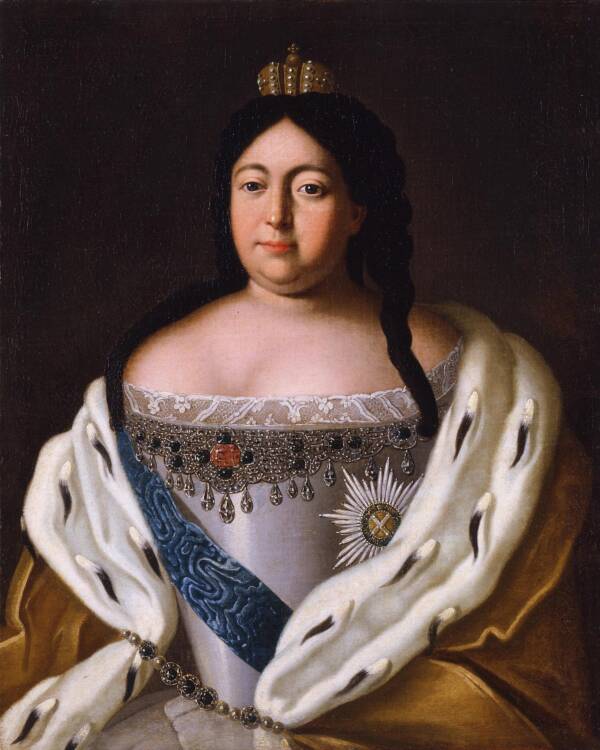 Wikimedia CommonsAnna Ivanovna became the unlikely Empress of Russia in 1730. Her death a decade later was a relief to many.

Even though she was born a princess, Anna Ivanovna did not have a fairytale life. Her father, Tsar Ivan V, was mentally and emotionally absent. Her mother was unhappy and stern, and Anna, not known for her looks, was once mocked for resembling a “Westphalian ham.”

But in 1710, it seemed that everything was about to change when Anna Ivanovna was married to the Duke of Latvia. Unfortunately, her new husband died shortly after their wedding, leaving her alone in a foreign land.

Through an unlikely series of events, however, Anna Ivanovna became the Empress of Russia. She came to the throne embittered, lonely, and vindictive. Her 10-year reign is considered a “dark era” in Russian history — and included an elaborate ice palace meant to humiliate, torture, and kill a nobleman she didn’t like.

This is the story of Anna Ivanovna, the unhappy Russian empress. 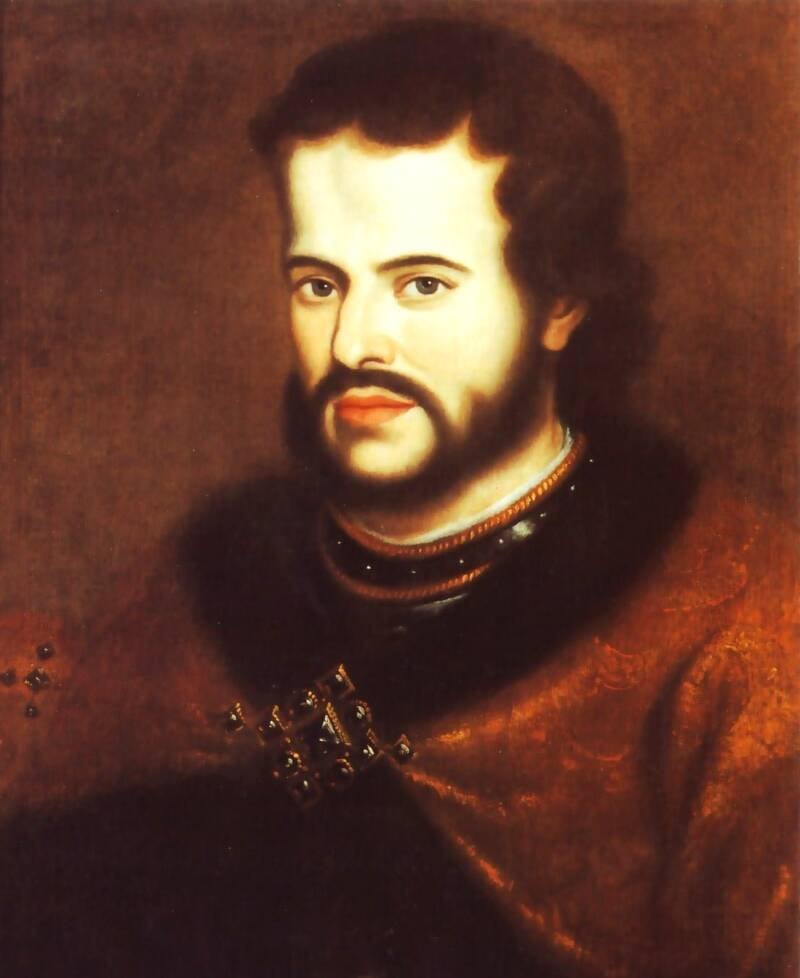 Wikimedia CommonsAnna was the daughter of Tsar Ivan V, pictured here and who shared power with his brother, Peter the Great.

Anna Ivanovna was born in 1693 to Ivan V who, though he was a Tsar, didn’t really have any power.

Mentally incapacitated and called “Ivan the Ignorant” for the many hours he sat in utter stillness, Ivan only performed ceremonial duties while the real power rested with his younger half brother, Peter I, better known as Peter the Great.

Her father died when she was three years old, cementing Peter I’s grip on power. Perhaps this early blow also impacted Anna’s personality, as growing up she was considered to be mean, obstinate, and grim, earning her the nickname “Ivanna The Terrible.”

Despite her personality – and a generally lukewarm consensus about her looks — Peter succeeded in arranging her marriage to Frederick William, the Duke of Courland, which is now Latvia, in 1710. Anna was thrilled and wrote to her betrothed:

The newlyweds had an elaborate, lavish wedding, while Anna’s uncle held a mock one in her honor with two little people back in Russia.

It’s alleged that the young duke then challenged the tsar to a drinking contest. The groom drank so much that, a couple of months later, he died. At 17, Anna Ivanovna found herself a widow.

The Widow Becomes A Tyrannical Empress 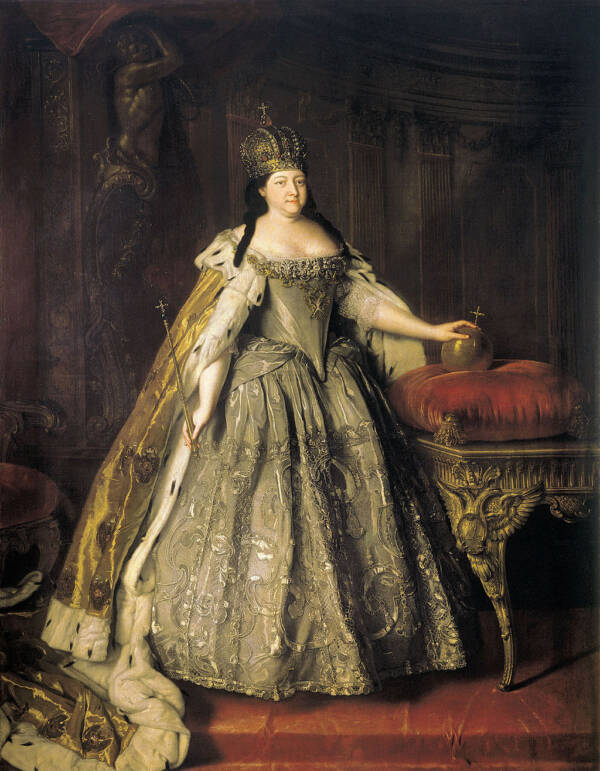 Following her husband’s sudden death, a heartbroken Anna Ivanovna became the ruler of Latvia in 1711. For 20 years, she ruled over the foreign land in dismay.

Miserable, she wrote her family upwards of 300 letters, begging them to find her a new husband. Her pleas fell on deaf ears. Though Ivanovna would never marry again, she would, through an unlikely chain of events, become the Empress of Russia.

Her ascension to the throne came from a thorny question of succession. Next in line was Peter the Great’s grandson, Peter II, who died with no heirs. Anna Ivanovna, along with her sister and the daughters of Peter the Great, became the next candidates for the throne. 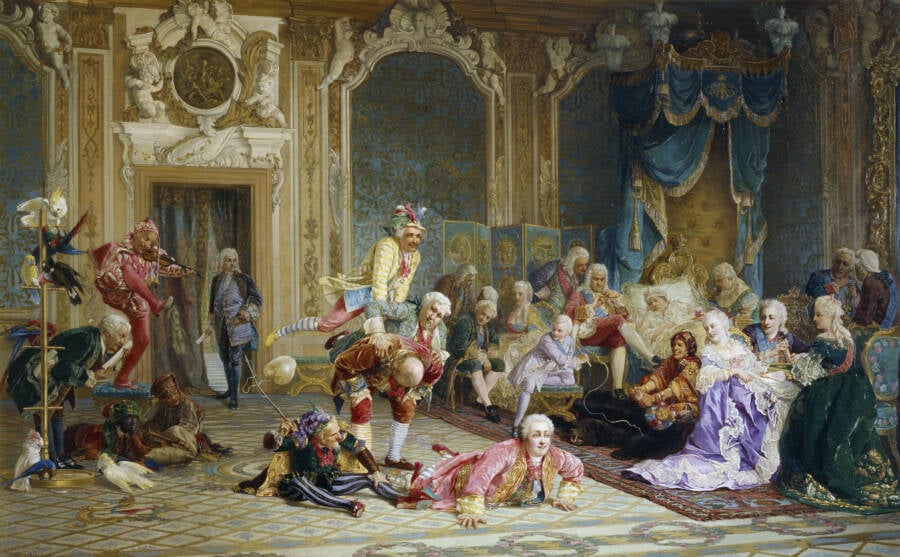 Wikimedia CommonsIvanna the Terrible was known for her cruel and unusual punishments, like turning a nobleman into a jester and publicly humiliating people with disabilities.

In the end, Anna Ivanovna’s matrimonial tragedy became her greatest advantage. The Russian Supreme Privy Council viewed her as an apt candidate for the throne because they believed that, as a widow, she would be easy to manipulate.

But if the Russian Supreme Privy Council believed they could control Anna Ivanovna, they were sadly mistaken. No sooner did she take power in 1730 did she dismiss the council, and those who opposed her were killed or exiled in Siberia.

Building An Ice Palace To Torture One Man 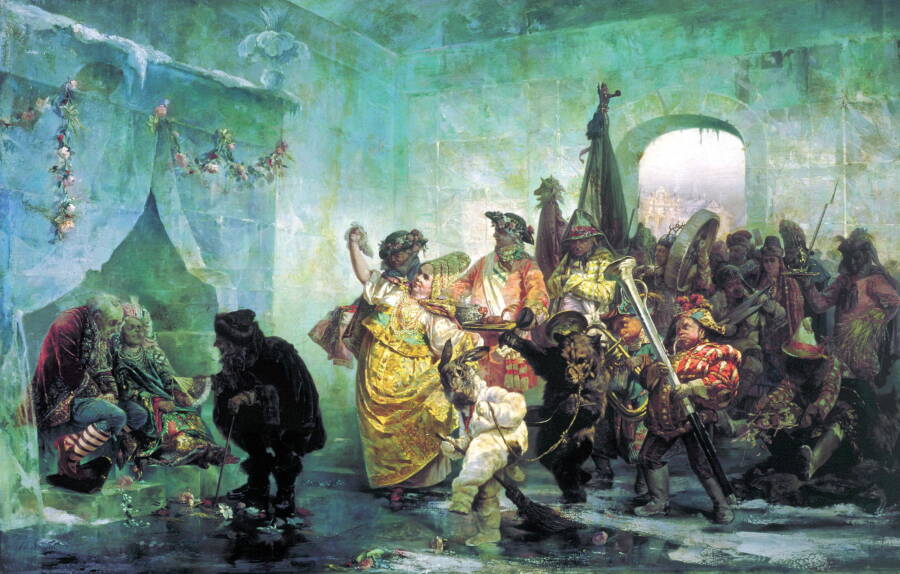 The ice palace was constructed to torture and humiliate Prince Mikhail Alekseevich Golitsyn.

Ivanna the Terrible hadn’t mellowed in old age. If anything, her heartbreak and quasi-exile to Latvia had made her all the more bitter and vindictive. Now in power, she trained her sights on Prince Mikhail Alekseevich Golitsyn.

What was Golitsyn’s offense? First of all, he belonged to one of the noble families that had influenced the old Russian Supreme Privy Council, which Anna Ivanovna had disempowered. Secondly, he was happily, dreamily, deliriously in love with his new wife.

Anna Ivanovna set out to punish Golitsyn, even after his wife died. She made the prince her imperial court jester. In 1739, Anna went even further, marrying Golitsyn to an old maid in her service named Avdotya Ivanovna. Avdotya has been described as so ugly that “even the priests were afraid of her.”

But what came next would ensure Anna Ivanovna’s legacy as a particularly cold ruler. She ordered the construction of an ice palace.

The “palace,” built from blocks of ice, was 80 feet long, 20 feet wide, and 30 feet high. It had an elaborate staircase, a bedroom with a bed made of ice — including ice pillows — an ice bathroom, and even a carved statue of an elephant. Such a creation seemed like it would be beautiful, but Anna Ivanovna had more nefarious intentions.

The new couple was ordered to parade in front of the palace dressed as clowns in a cage strapped to the back of an elephant. Then, they were ordered to spend the night in the ice bedroom — naked — on a cold, Russian winter night.

Anna Ivanovna reassured them that as long as they had sex all night, they would probably survive. With guards blocking the exits, she left them to die.

Incredibly, both Golitsyn and Avdotya Ivanovna survived through the night. Avdotya Ivanovna was able to bribe one of the guards to give them his coat in exchange for her pearl necklace. It wasn’t enough to save her, however, and she died of pneumonia a few days later.

Taking A Lover And Dying A Slow Painful Death 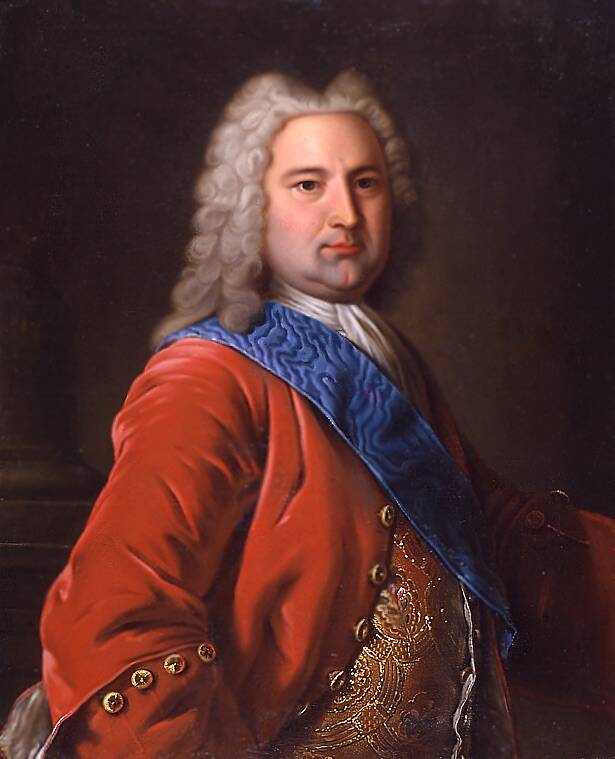 Empress Anna’s reign is synonymous with a “dark age” in Russia’s history, in part because she employed such vindictive tactics on members of her court like the ice palace, but also because she took a brutal and powerful lover.

His name was Ernst Johann von Biron, and he was a Duke of Latvia that became grand chamberlain of Russia when Ivanna the Terrible took the throne in 1730.

Anna granted him enormous power and he was reportedly as sadistic as she was. Until her death in 1740, at which point he was stripped of his power and sentenced to death by quartering by the new order, Biron was said to have caused over 1,000 executions as well as banished some 20,000 to 40,000 dissenters to the Siberian wasteland.

Soon after the spectacle of the ice palace, Anna Ivanovna died. During her reign, Ivanna the Terrible was said to have humiliated individuals with disabilities, launched crippling taxes on the lower class, and oversaw a war with Turkey that left thousands dead.

Together with Biron, Ivanovna had instituted cruel punishments for dissenters, like slitting noses and beating them with a heavy metal whip. One minister described her court as “comparable to a storm-threatened ship, manned by a pilot and crew who are all drunk or asleep… with no considerable future.”

Perhaps poetically, the Empress died a slow and painful death by kidney disease. She left no heirs, and she tried and failed to install her grandnephew, Ivan VII, into power before she perished.

Instead, Elizabeth Petrovna, once one of Anna’s rivals for power, swept into place. Twisting the knife, Elizabeth was seen as popular and beloved where Anna was seen as cruel.

In the end, Anna Ivanovna left behind a legacy of creative cruelty.

Now that you’ve learned about the cruelty of Anna Ivanovna and her ice palace, enjoy these 47 photos of the last days of the Romanovs. Then, browse through these 31 color photos of imperial Russia.