From marching with Martin Luther King Jr. in Selma to socking a racist cop for trying to keep her from the polls, Annie Lee Cooper fought for the rights of Black Americans with ferocity. 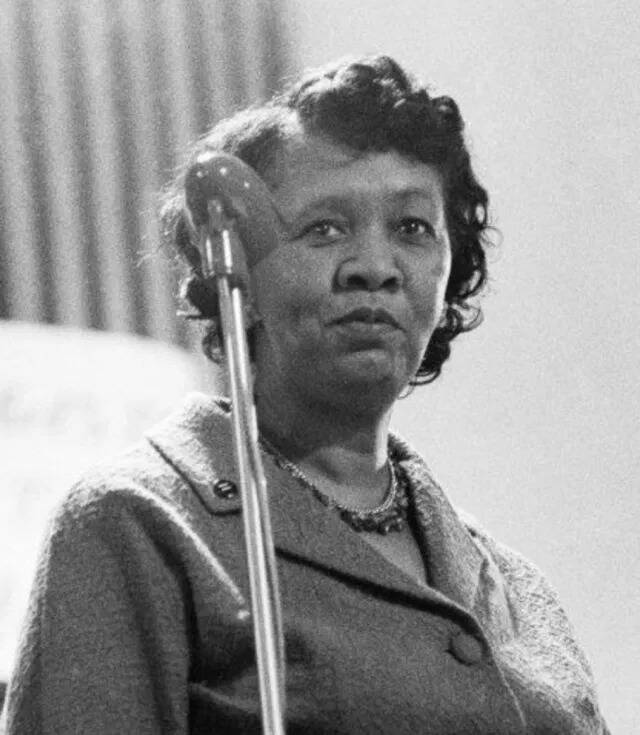 Danny Lyon/FacebookIn 1965, Annie Lee Cooper participated in the march for Black voting rights in Selma — and decked a cop for trying to keep her from the ballot box.

The 1965 civil rights March on Selma is considered one of Martin Luther King Jr.’s crowning moments in building racial equality. He was accompanied by Annie Lee Cooper, without whose tireless efforts many Black Americans might not have the right to vote today.

In January 1965, Annie Lee Cooper lined up to vote outside the Dallas County courthouse in Selma and was accosted by a police officer attempting to prevent her from fulfilling her civic duty. After the officer poked her in the neck with his baton, Cooper notoriously punched him square in the face.

Though she has been largely left out of the average American classroom, Cooper enjoyed a bit of popularity when her story was brought to the big screen in the Academy Award-winning 2014 film Selma. The film debuted just four years after her death at the age of 100, and none other than Oprah Winfrey brought her story to life.

This is the true story of Annie Lee Cooper, the activist, revolutionary, and voting rights advocate time almost forgot. 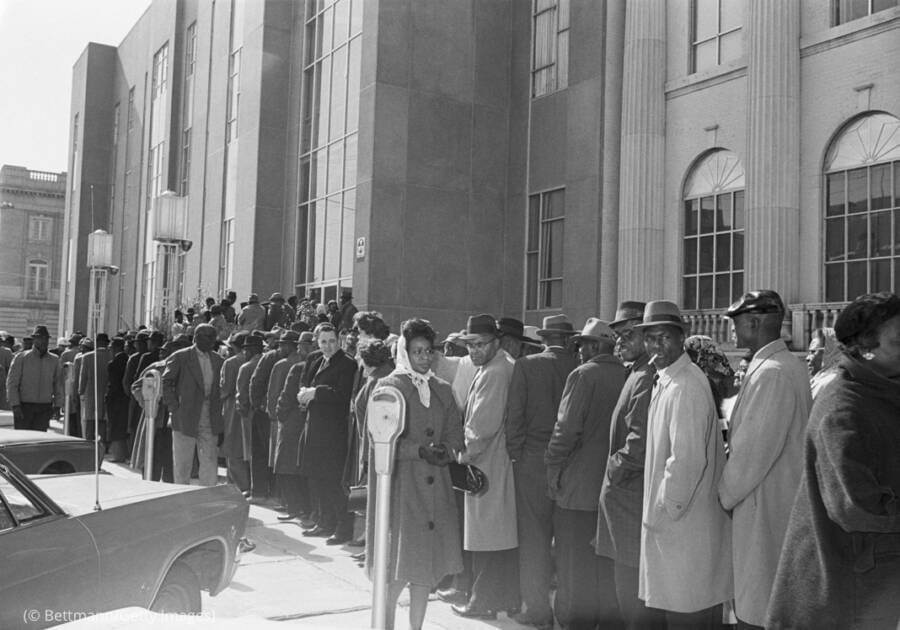 Getty ImagesBlack Americans, led by Reverend Martin Luther King, Jr., line up in front of the Dallas County Courthouse in Selma, Alabama to register to vote, 1965.

Born Annie Lee Wilkerson in Selma, Alabama, Cooper was one of 10 children born to Lucy Jones and Charles Wilkerson Sr. on June 2, 1910. Cooper went to school up to then seventh grade but then dropped out in order to live with one of her sisters in Kentucky, then she later moved to Pennsylvania.

Cooper was born during a precarious time in American history. In 1901, the newly-ratified Alabama constitution made it impossible for Black men and women, regardless of their economic status, to vote.

Today, law scholars unanimously agree that this constitution’s sole purpose was to codify white supremacy in the state. But back then, Alabamians — white ones, anyway — accepted its terms wholesale.

While Cooper grew up in a state where Black men and women weren’t permitted to vote, she learned there were states where they could. This disparity sparked a fire in Cooper, who made her mission to get to the ballot box. 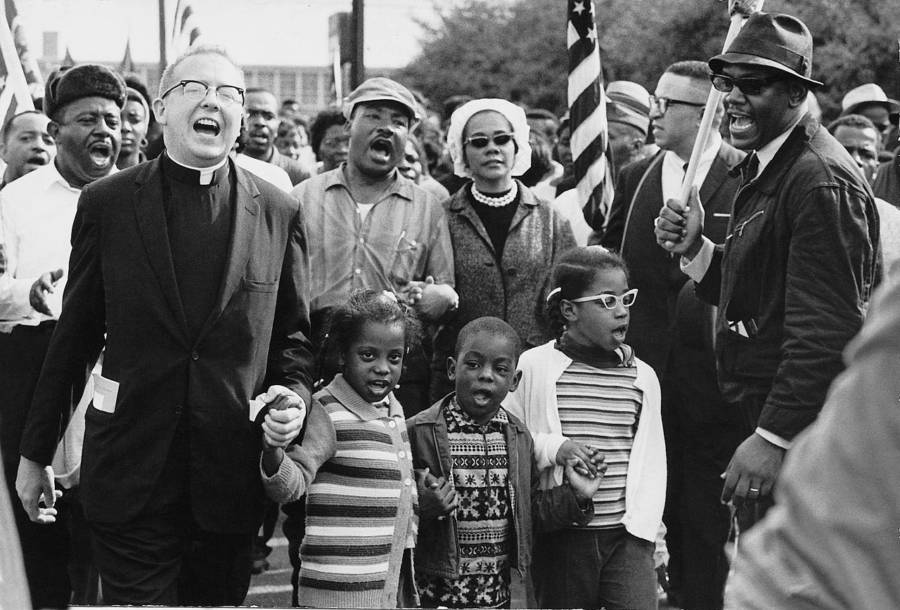 In 1962, Annie Lee Cooper returned to Selma, Alabama, to care for her ailing mother. But when she got there, she realized that Black men and women were still being denied the right to vote.

Around the same time, American civil rights activist Bernard Lafayette and his wife, Colia Liddell, arrived in Alabama to organize Black men and women to petition for voting rights. The newlyweds were in town on behalf of the Student Non-Violent Coordinating Committee (SNCC), and the organization immediately appealed to young Cooper.

Cooper would frequently tell the story of how she would be required to take a “voting test,” an impossible to pass literacy exam that was a remnant of the Jim Crow era, in order to register to vote in Alabama. But each time she took the test, she failed, just as the system intended.

So in 1963, armed with the activist experience she’d gained from working with the Dallas County Voter’s League, Annie Lee Cooper joined up with the SNCC. When her day job found out about her new activism, they fired her.

Undeterred, Cooper got another job as a clerk at a motel. She then became an official part of the burgeoning civil rights movement. Defined by non-violent protest and peaceful marches, the movement was formed in large part to fight against the perils of white supremacy in the American South.

And it was here in January 1965 that Annie Lee Cooper became an indelible part of American history when she once again tried to register to vote in Selma, Alabama.

But when she got to the voting station, white Sheriff Jim Clark stopped her. It would prove to be one of the biggest mistakes of the Sheriff’s career. 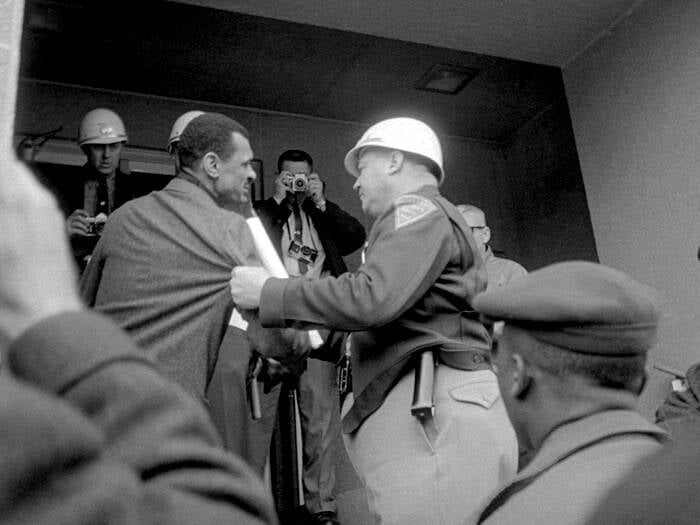 As the Sheriff of Dallas County, Alabama, James Gardner Clark Jr. had earned a reputation as a violent man. He recruited the Ku Klux Klan to keep Black Alabamians away from the voting booths, violently beat and arrested non-violent protestors, and even used cattle prods to stab Black citizens.

Clark’s behavior was so vile that when he finally died in 2007, The Washington Post‘s obituary on him all but celebrated his demise. “Mr. Clark seemed to relish confrontation,” the article read. “He hit at least one organizer, C.T. Vivian, in the face, though he later said he did not recall doing so until an X-ray exam showed he had a linear fracture in a finger on his left hand.”

But Clark got a taste of his own medicine when he poked at Cooper’s neck with his billy club in January 1965, presumably as a precursor to something worse. Cooper responded by giving him what is affectionately known today as a “two-piece and a biscuit.” 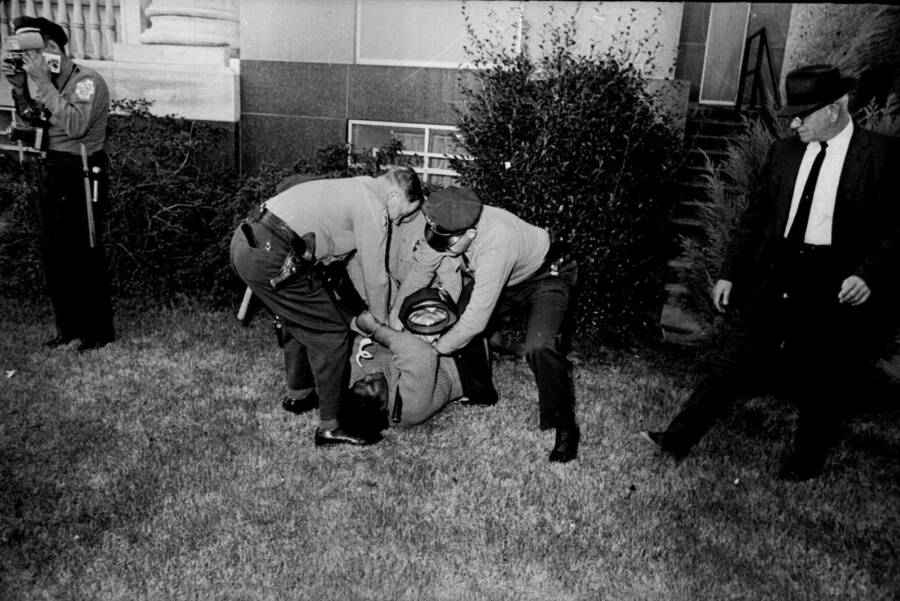 APAnnie Lee Cooper being arrested after socking Sheriff Jim Clark in the face.

“I was just standing there when his deputies told a man with us to move, and when he didn’t, they tried to kick him,” she remembered. “That’s when (Clark) and I got into it. I try to be nonviolent but I just can’t say I wouldn’t do the same thing all over again if they treat me brutish like they did this time.”

Cooper was arrested, presumably as a matter of law, for clocking Sheriff Clark. But when Clark threatened to beat her while she was behind bars, she was almost immediately released.

Her confrontation was not in vain. Shortly afterward, following the tireless work of Cooper, her contemporaries, and Martin Luther King Jr., the Voting Rights Act of 1965 was passed. 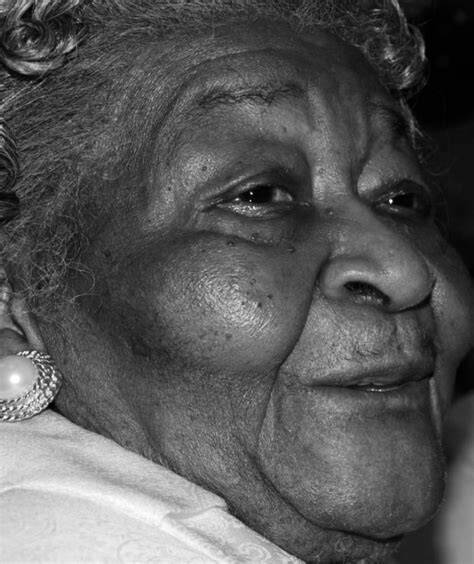 Selma Times JournalCooper lived to be 100, and a street in Selma was named in her honor.

In her later years, Cooper settled into a very quiet and sedate life in Selma where her community honored her contribution to the civil rights movement by naming a street Annie Cooper Avenue on her 100th birthday.

According to her family, Cooper hoped to live much longer, recalling how her beloved mother lived to be 106.

Unfortunately, Annie Lee Cooper died on Nov. 24, 2010, at the Vaughan Regional Medical Center in Selma, Alabama. She didn’t live too far past her 100th birthday, but her mark on American history would never be forgotten.

After reading the inspiring story of Annie Lee Cooper, learn about intersectional feminist and civil rights activist Ida B. Wells. Then, learn about how Alabama is the only state in the union that continues to celebrate the Confederacy with Jefferson Davis Day.