Regardless of whether or not she fabricated the story, Australian law has serious consequences for claims of food contamination. 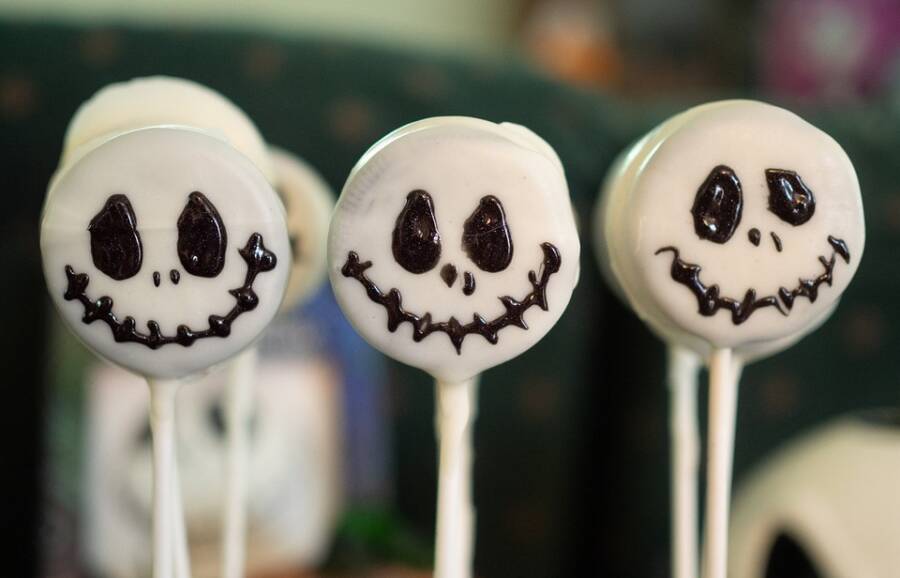 MaxPixelThe Australian mother claimed to have tainted lollipops, neatly wrapped them, and handed them out to children.

Everyone likes a good scare on Halloween. However, a vehement anti-vaccination mother might have taken things too far. According to Yahoo, the Australian woman claimed she gave out lollipops tainted with chickenpox to trick-or-treaters to “help others with natural immunity.”

The mother, whose social media page identifies her as Sarah Walker RN, disclosed this bizarre plan in a private Facebook group called “Stop Mandatory Vaccination.” She explained that her son had contracted chickenpox, and argued that infecting other kids was an act of generosity.

“So my beautiful son [redacted] has the chickenpox at the moment and we’ve both decided to help others with natural immunity this Halloween!” Walker wrote. “We have the packaging open and closing down pat and can’t wait to help others in our community.”

Walker’s message quickly spread. Someone took a screenshot of her post and shared it on “Light for Riley” — a page dedicated to saving “babies & families from vaccine-preventable diseases.” The page was created to honor Riley Hughes, a an infant who died of whooping cough in March 2015.

Have you ever seen something that instantaneously makes your skin crawl?How’s this:1. Get excited by your child being…

“Have you ever seen something that instantaneously makes your skin crawl?” Hughes wrote.

Walker’s social media profile lists her as a registered nurse at the “Royal Children’s Hospital, Brisbane.” However, the hospital’s parent company, Queensland Health, has already confirmed that she’s never been employed at a single one of its facilities.

The Royal Children’s Hospital is actually located in Melbourne — not Brisbane — which obviously puts Walker’s trustworthiness into question. But that’s beside the point, which is that intentionally infecting someone’s children is more than a casual faux pas.

Walker eventually caught wind of the attention her post had garnered. Surprisingly, she decided to continue arguing — rather than remove evidence that she might have engaged in criminal activity.

“Dear internet trolls,” she wrote. “You think you’re right by judging me and my trying to report me and get me fired. I don’t care. The health and wellbeing of my baby is far more valuable than any job.”

“You say I’m vile and gross like I have done something that hundreds of thousands of parents haven’t already done. How many times do you see children dropped off to day care or school when they’re clearly sick and contagious? Exactly!”

“And I’m offering life long immunity for the price of a couple of blisters and a few days off school.”

According to Queensland Health, the risk of successfully transmitting chickenpox from tainted lollipops is fortunately extremely low. The virus has a rather short shelf-life on inanimate surfaces.

Nonetheless, Walker clearly failed to understand that nobody asked for what she was “offering.” Regardless of whether or not her publicly detailed plans were fabricated or if she went through with them, she could be facing substantial prison time.

A Nine News Perth segment on the Australian needle scare of 2018.

In September 2018, Australia’s parliament amended the jail terms for anyone convicted of food contamination to 15 years. The change came in wake of needles being found in strawberries and other fruits, which sent shockwaves across the country.

The bill also criminalized making false claims of food tampering. So if this woman did fabricate her story — which seems to be the best scenario here — she could be facing 10 years in prison.

In terms of Halloween scares, this is one Walker is likely still experiencing days later.

After learning about the anti-vaxxer who claimed she gave out chickenpox-tainted lollipops, learn about the study that shows vaccines do not cause autism. Then, read about an unvaccinated teen who sued the health department after being barred from playing basketball.